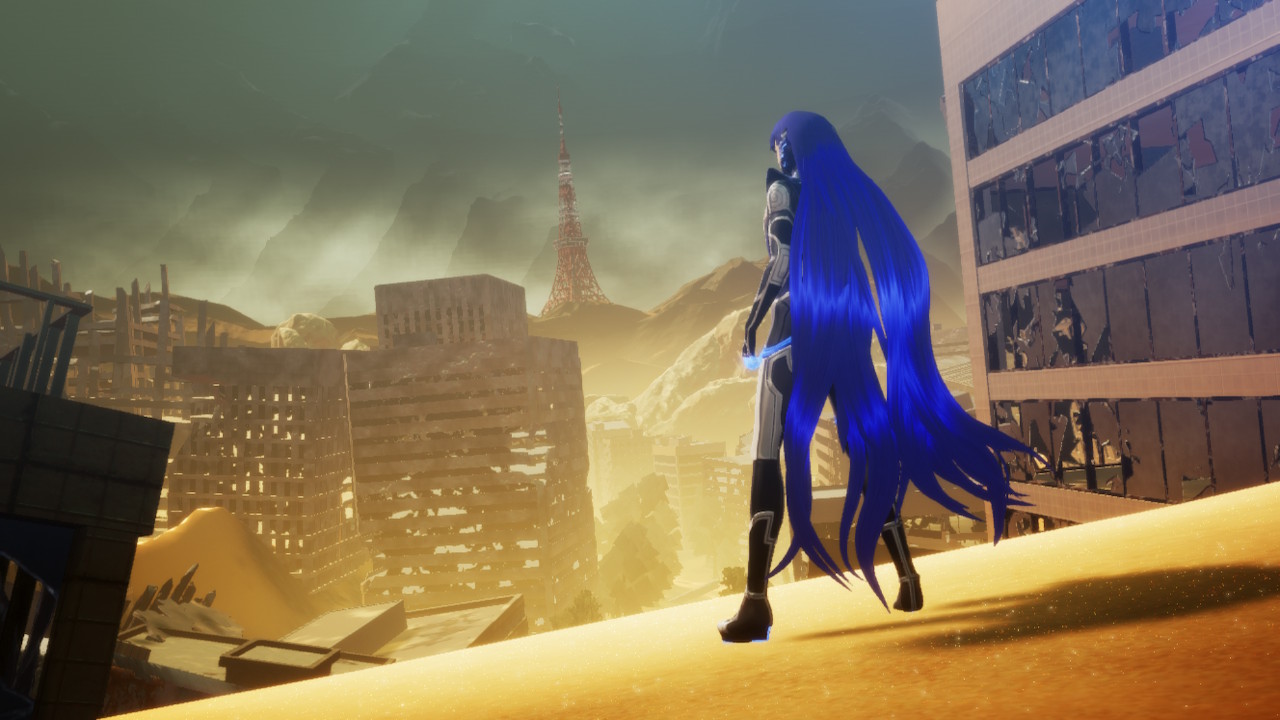 On your way back to the dorms, one of your friends strays away from the group to take a call. After he’s gone for some time, you go to look for him. You hear his voice in a tunnel and enter to investigate when suddenly the ceiling starts to collapse, knocking you unconscious. When you wake up, Tokyo has been destroyed; all that remains is a demon infested desert. Just as you’re cornered by minor demons, a robotic man by the name of Aogami appears and vows to protect you. Taking his hand, the two of you fuse into a god-like being known as the Nahobino. Now armed with demonic powers, the two of you set off to find your friend and discover what happened to the world.

Shin Megami Tensei V was announced way back in 2017, shortly after the Switch came out. Since then, fans of the franchise have been waiting with baited breath for the next mainline entry. Spinoffs both old and new like Persona and… well, mostly Persona as well as the remasters of Strange Journey, Catherine, and Nocturne have made the wait more bearable, but there’s nothing quite like the numbered games dating all the way back to 1987. Well, it’s finally here. Before our full review next month, we’d like to share a bit about the game’s first hour or so. 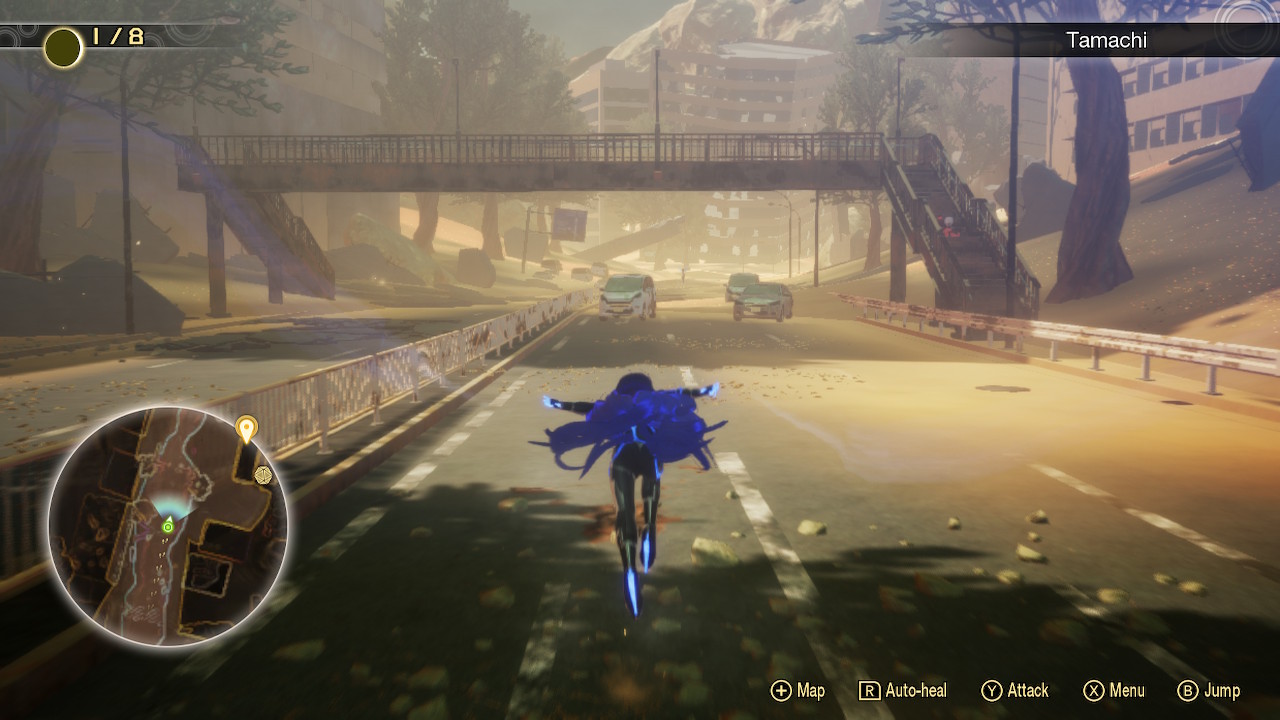 As the Nahobino, you actually stand a chance against Demons in combat. The Press Turn Battle System returns with some minor alterations, and if you’ve played any SMT game before you’ll feel right at home. For the basics: exploiting weaknesses gets you more turns, while missing or having your own weaknesses exploited removes turns or gives the enemy more. As per usual, the first demon you recruit is a Pixie but you can negotiate in combat to bring more to your side. Negotiation is still obtuse as hell (and I wouldn’t want it any other way) but conveniently if you do convince a demon to join you but your party is full or you’re too low a level they will remember you and you can recruit them for free later on.

Of course, to get stronger you want to fuse demons together and learn new skills for the protagonist. Fusion has a fantastic new animation which I won’t spoil just yet, but new abilities for the Nahobino are actually acquired through consuming essences. In the World of Shadows, which you access through Leylines much like the shop, you can use a demon’s essence to give a party member new skills or, exclusively for the Nahobino, affinities like resistance to fire. Your initial goal is to reach Tokyo Tower, but an Abscess which spawns demons stands in your way. SMT is known for being difficult, so you’ll have to prepare before you face the Abscess. 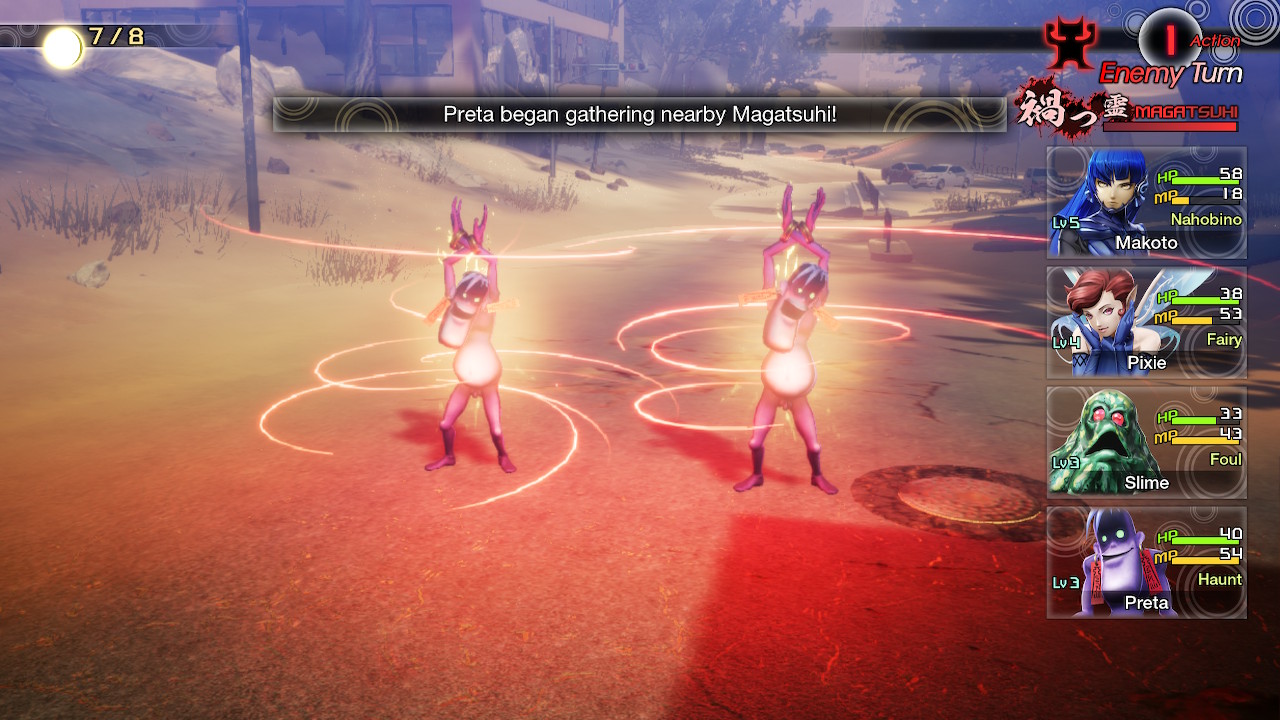 The opening is a bit light on story after the initial cutscenes, but it does let you fully come to grips with all the mechanics through some decent tutorials before things really get going. Instead of smaller, interconnected rooms or corridors, this first area is one big space you can walk around to find treasures, fight demons, and discover secrets by running and jumping through destroyed buildings. It all flows very nicely, and you can slash enemies on the field with your laser-sword-hands to try and gain the advantage if they haven’t spotted you yet. I think SMT fans will find another fantastic game here, and while those coming over from Persona may have some adjustments to make, the initial high school setting will make things at least a bit more familiar. Please look forward to our full review closer to the game’s release this November.