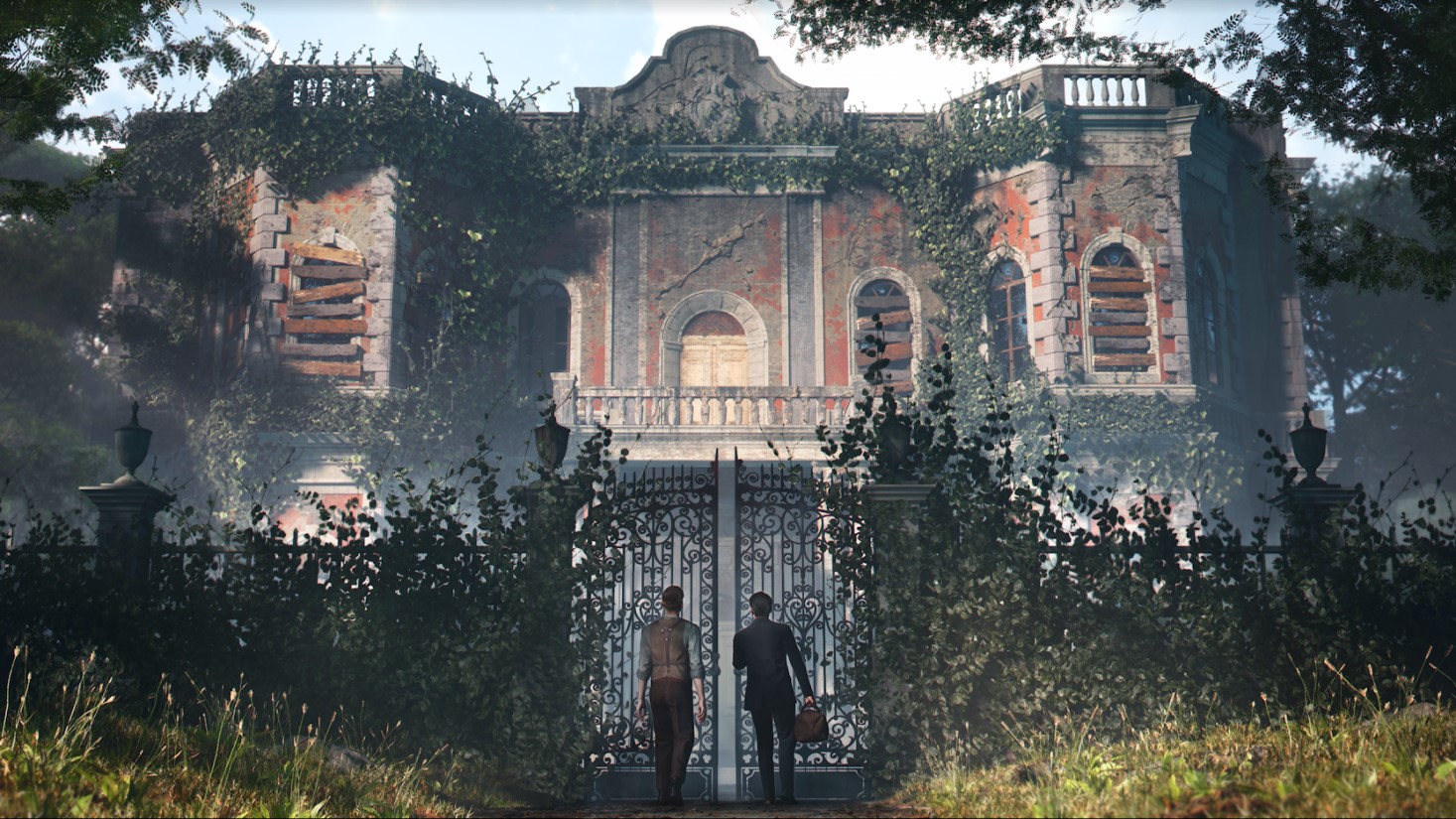 As I mentioned before in our previous preview for the game, I just love Sherlock Holmes. In fact, I enjoyed the first preview so much I begged to be included in the second, and what do you know, here we are. We may still be a little ways from launch, several unfortunate delays have beset Sherlock Holmes: Chapter One, but soon we’ll be able to follow young Sherlock as he looks to find out more regarding his late mother, Violet, and of course catch a few miscreants along the way. Thankfully it’s right around the corner, officially arriving November 16th, 2021, and while you wait let’s talk about how the game is shaping up.

Everything picks back up with Sherlock after our last preview, where we helped the police with a small crime in order to gain access to their records. Directly after this, we were apparently such a help that the poor clerk lets us know that the department is shorthanded and requests our assistance. There’s one caveat though: we have to pass the firearms test. This is where we get the chance to remove Sherlock’s gun from the holster, and to impressive results. 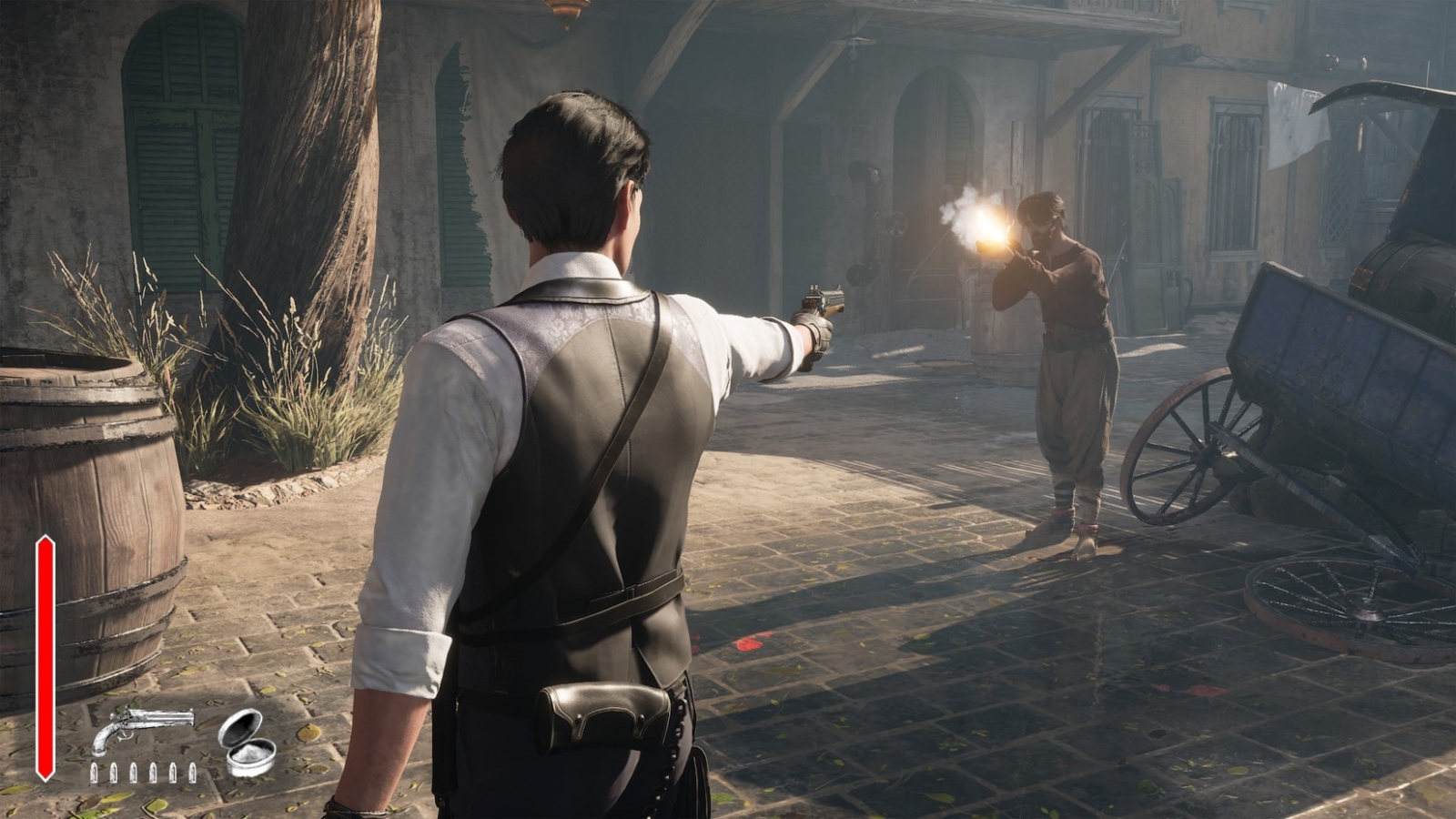 So, the combat in this game isn’t going to win any awards, but it’s surprisingly competent in how it handles. I admittedly switched over to a controller for the preview, I’m more comfortable with one (sorry Editor-In-Chief Ron Burke), and the gunplay handles unexpectedly well. Now, you’re not going to be able to whip out your pistol and shoot anything that moves, all of your combat occurs in specific arenas, but it’s the creativity that exists in these arenas that makes it fun.

Sherlock doesn’t have license to kill; he’s looking to incapacitate the enemy and figuring out the best way to do that is fun. The game gives you plenty of choice, whether shooting a bandolier on their chest to make a small explosion to stun them, or even fire into a bag of flour to blind them and give Sherlock the time to move in and knock them to the ground. As soon as they’re down from the quick time event, they’re down for good, so at least I’m not spending a bunch of time wrestling with them to put on handcuffs. Throughout all of this, Sherlock moves and fights beautifully, even if I would sometimes feel cheated when a bullet waywardly hits me. Once again, it’s no Gears of War or Division, but it’s not trying to be, and it works better than I thought it would. There are also several bandit lairs throughout the city, but these are essentially horde mode dungeons from what I can tell.

Speaking of the city, the entirety of the island of Cordona is absolutely massive in a game like this. I hate just playing comparison cards, because it’s not going to match up to Grand Theft Auto, but for a series that has largely found itself in small open areas, running around the streets feels amazing and unrestricted. It already seemed from the original preview like this was going to be on a scale unrealized in this genre, and it shows in this continuation. There are side quests (like an absolutely heartwarming story where Sherlock receives his violin), the aforementioned bandit lairs, traders to buy from, even the lore of Sherlock’s past comes in little bite-sized missions. I hope the final product fills everything out even more, but my time here in the beginning certainly points to that being the case. 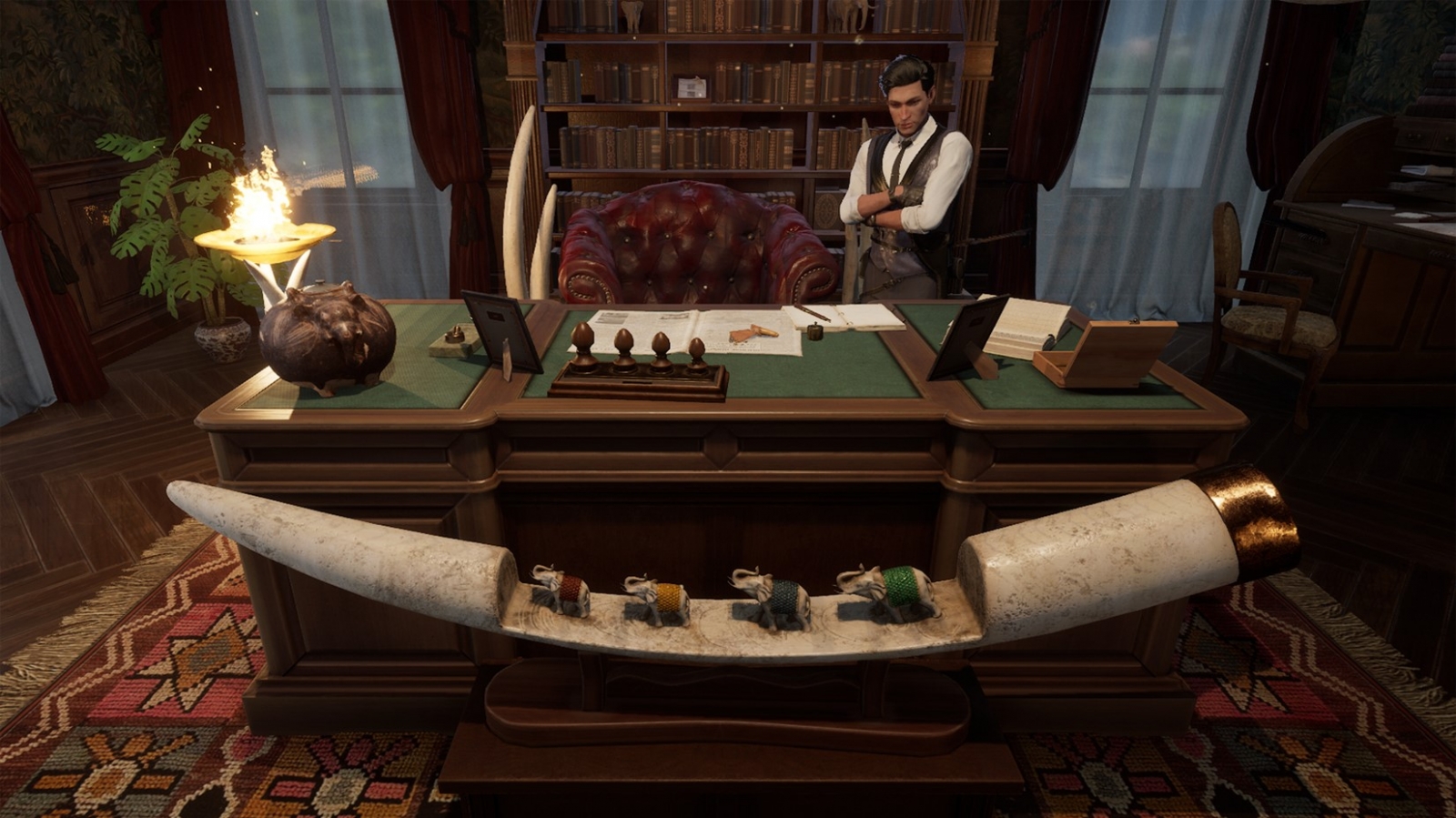 With all that in mind, let’s turn to the actual investigations our distinguished detective is here to solve. The underlying tale of what happened to Sherlock’s mother is on the forefront, and takes place largely in your abandoned mansion home. Everything plays out similar to a television season, where there’s a narrative happening to the main character as they go through different challenges, eventually leading to the climax of this overarching plot. I see a lot of that happening in Sherlock Holmes Chapter One, as after I had made my way into my room the story led me to speak with a neighbor who might know something.

Of course, it wouldn’t be a Sherlock game without some extra sleuthing, and once I rounded the corner of the gentleman’s house, I found him dead, seemingly trampled by an elephant he owned. Let me say this, if all of the story quests are this intricate, I can’t wait to investigate them all. A Gilded Cage takes you on a wild ride, with many scenes to investigate, a surprise twist with Paul Perks (the suitor to Imogen, your late neighbor Theodore’s daughter), and even to a dig site with you unearthing a tomb no one else can find. I don’t want to spoil too much due to this game being based around the narrative, but the amount of threads you will find throughout this adventure still leave you questioning who to accuse at the end. Funny enough, the suspect list includes the elephant, and it’s even still involved when you accuse the others, with the opportunity to blame the elephant and let them go free. My hat is off to Frogwares, because I know how hard I would have it juggling so many different story beats.

Given it is hard to do that, I did find it easier this second time around to follow what was going on and not get stuck. As you may already know, Frogwares isn’t looking to hold your hand when you play these, allowing the player to use what they know to figure out the best way forward. I did struggle for a moment readjusting to the way the game plays, but utilizing the journal to make sure you’re following the right thread is important. Take this tip to heart; even in the same room you may end up with an additional thread to switch over to in order to move forward. Otherwise you may get a little annoyed at your progress. But once you get into the groove, you’re swapping through without a thought, and sometimes it’s the first thing you do when you notice a halt to your headway. 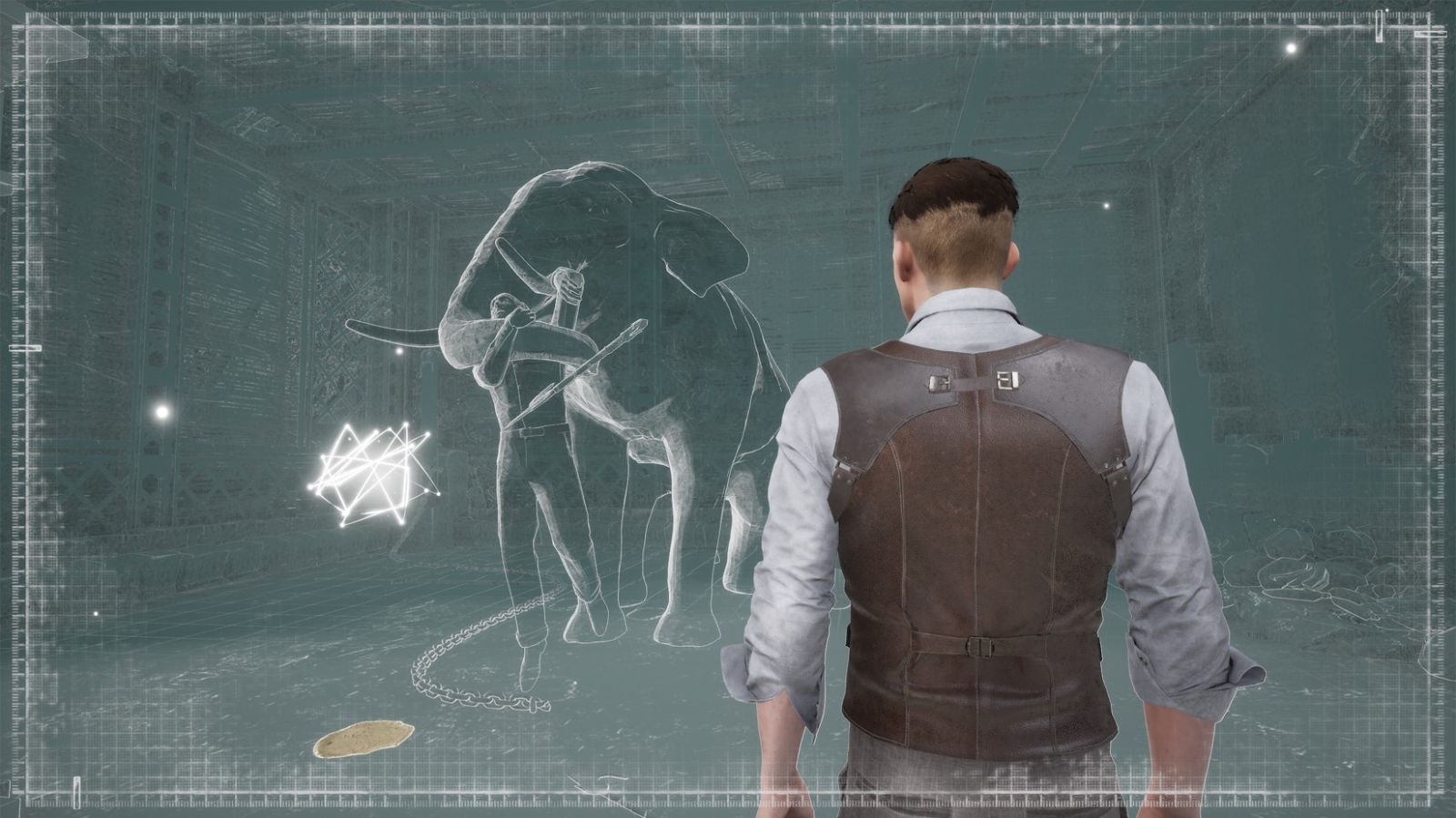 The last thing I’d like to touch on is Jon, Sherlock’s companion and best friend. I’m not going to get into his role in all of this, and that’s because a lot of his story is shrouded in mystery. There are some indicators that really make his part in figuring out why Sherlock is experiencing this mental block in remembering what happened to his mother very interesting, and I can’t wait to see how everything links together. Jon’s peculiar nature aside, his back and forth with Sherlock is amazing, and the little challenges he gives you in the middle of your current mission add to the fun and don’t feel like interruptions.

Overall, I can’t wait to get into the full game. There is still plenty to polish, the things I brought up last time still remain, like NPC’s that pop in and aren’t that great to look at, and framerate chugs when too many of them are on the screen, but those can be rectified. Sherlock and the other main cast still look incredible, the map looks massive, and the narrative feels as tight as a Conan-Doyle novel. Not to mention, Frogwares is touting this as a 40 hour experience! I’m really enjoying this peek into the beginnings of Sherlock Holmes’ career, and it’s shaping up to be a surprise hit for myself later in the year.