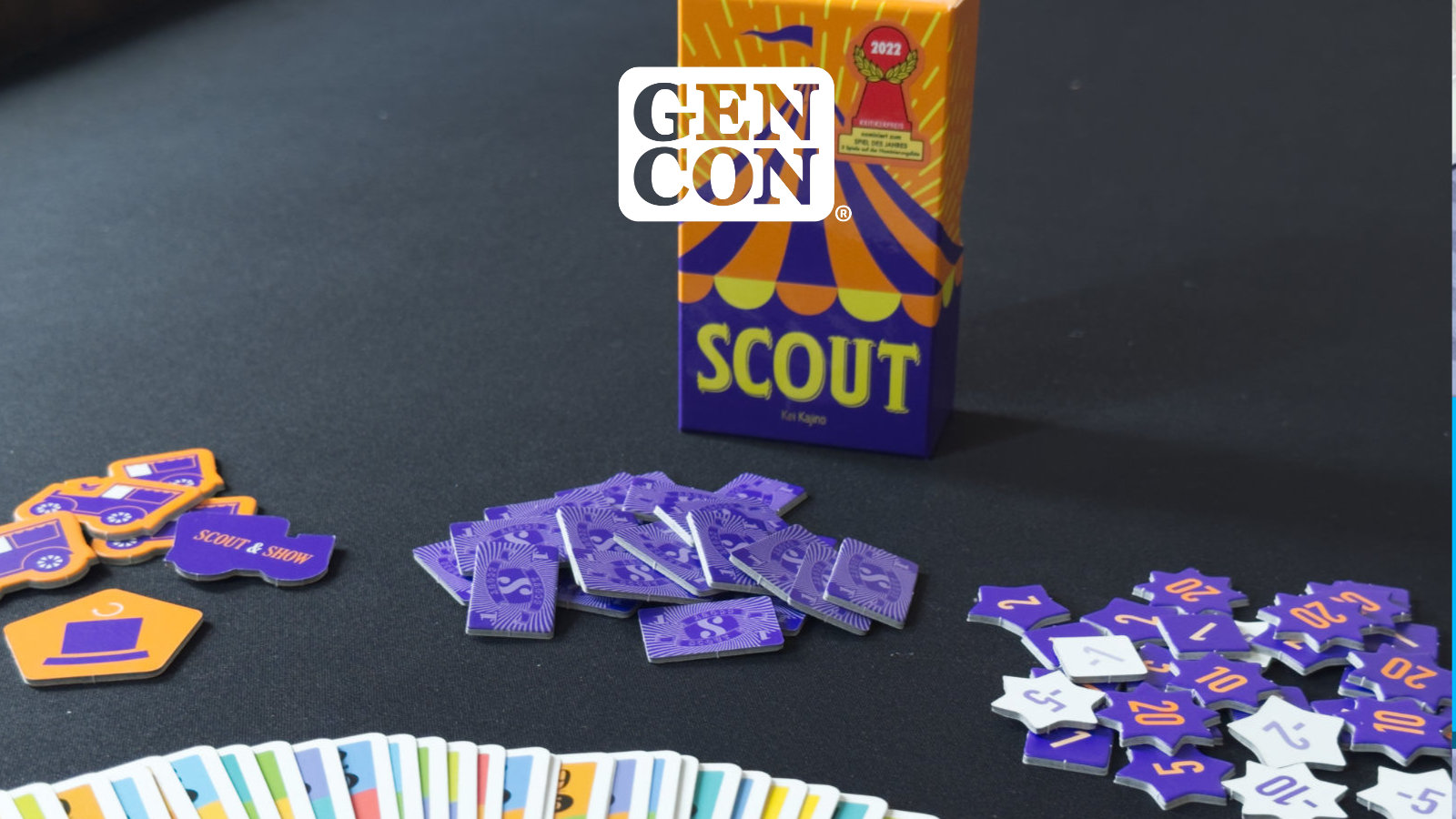 Seems like everyone’s publishing traditional card games with modern game design additions nowadays, and SCOUT is Oink! throwing its hat in the ring, this time riffing off the rummy variant known in America as Thirteen.

The two big twists are simple enough;  Every card has a separate top and bottom value, and players cannot rearrange cards in their hand, apart from having the initial option to flip their hand to the alternate values. Afterwards, every time someone plays something from their hand, those cards must already be adjacent. On their turn, players must either ‘show’ or ‘scout’. Showing is simply playing a set of the same numbers (including a set of one card) or a run or straight that beats the active show. More cards will always beat less, sets always beat runs (of the same amount of cards), and finally higher number values always beat lower. When a player beats a show, they toss its cards into a face-down pile in front of them which will count as a point each at the end of the round (handily noted by the card-backs). 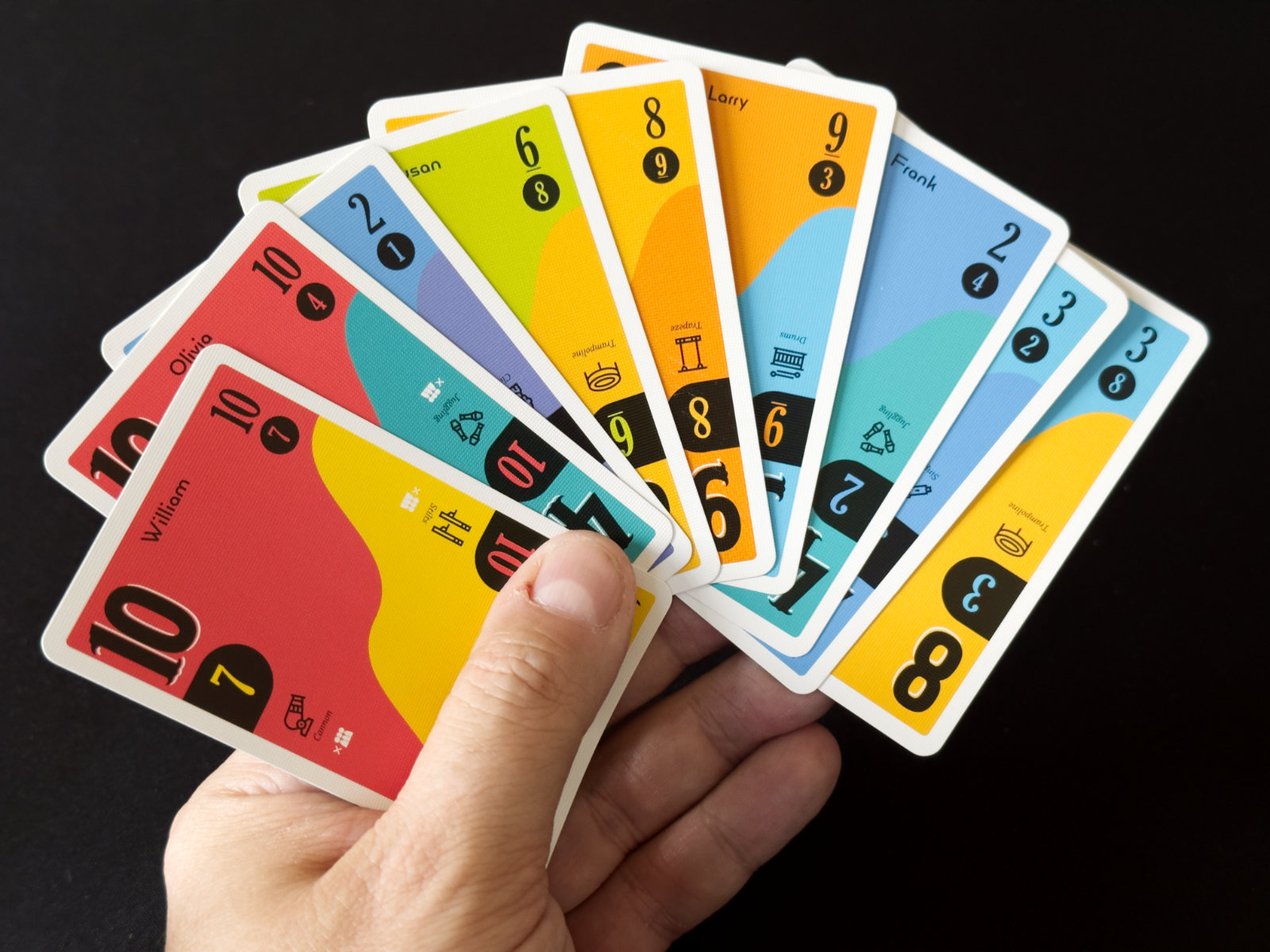 Players can also scout, grabbing a card from either end of the active show, earning that show’s player a scout token, which is also a point at the end of the round. They are then free to reorient this card and place it in their hand however they like. Once per round players may also turn in their “scout and show” allowing them to do both actions in one turn, usually plundering the existing show to build an even better show immediately. Play continues clockwise until either someone empties their hand or a show stays active until its player is up again. Everyone else’s leftover cards are subtracted from the cards they’ve taken and their scout tokens, then you shuffle and re-deal. The manual says to play rounds equal to the number of players, but I don’t see why you couldn’t do more or less if you so desire. 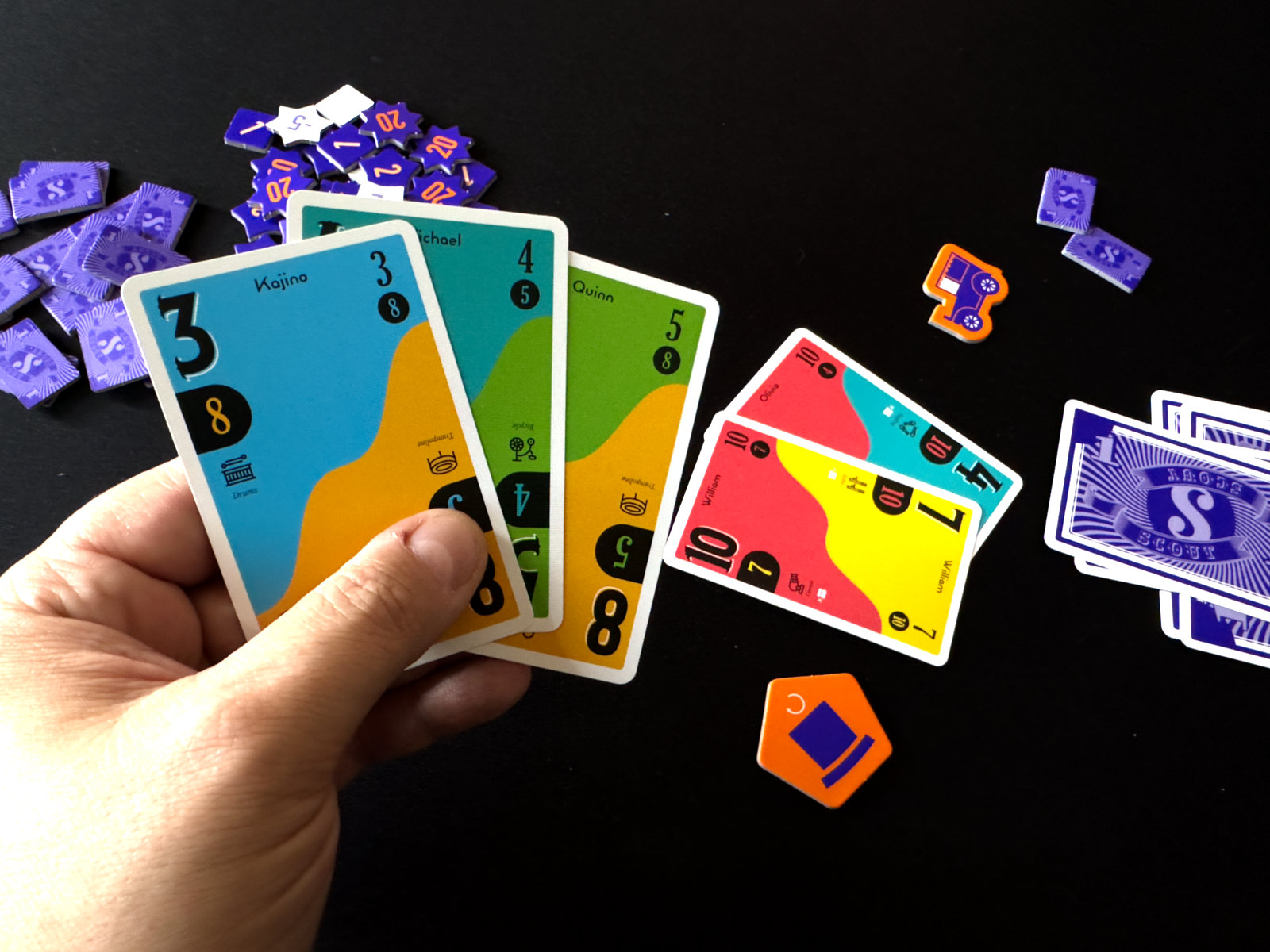 I should also mention the robust two-player variant. It uses the same rules as usual, with the notable exception that players start off with a few scout tokens a piece, which they have to give to the other in order to scout, an action they can do any number of times in addition to showing on their turn.

Don’t let Scout’s tiny box fool you into thinking it isn’t a ton of fun, there’s a surprising amount of nuance for such an easy teach. Expect a full review from us soon!