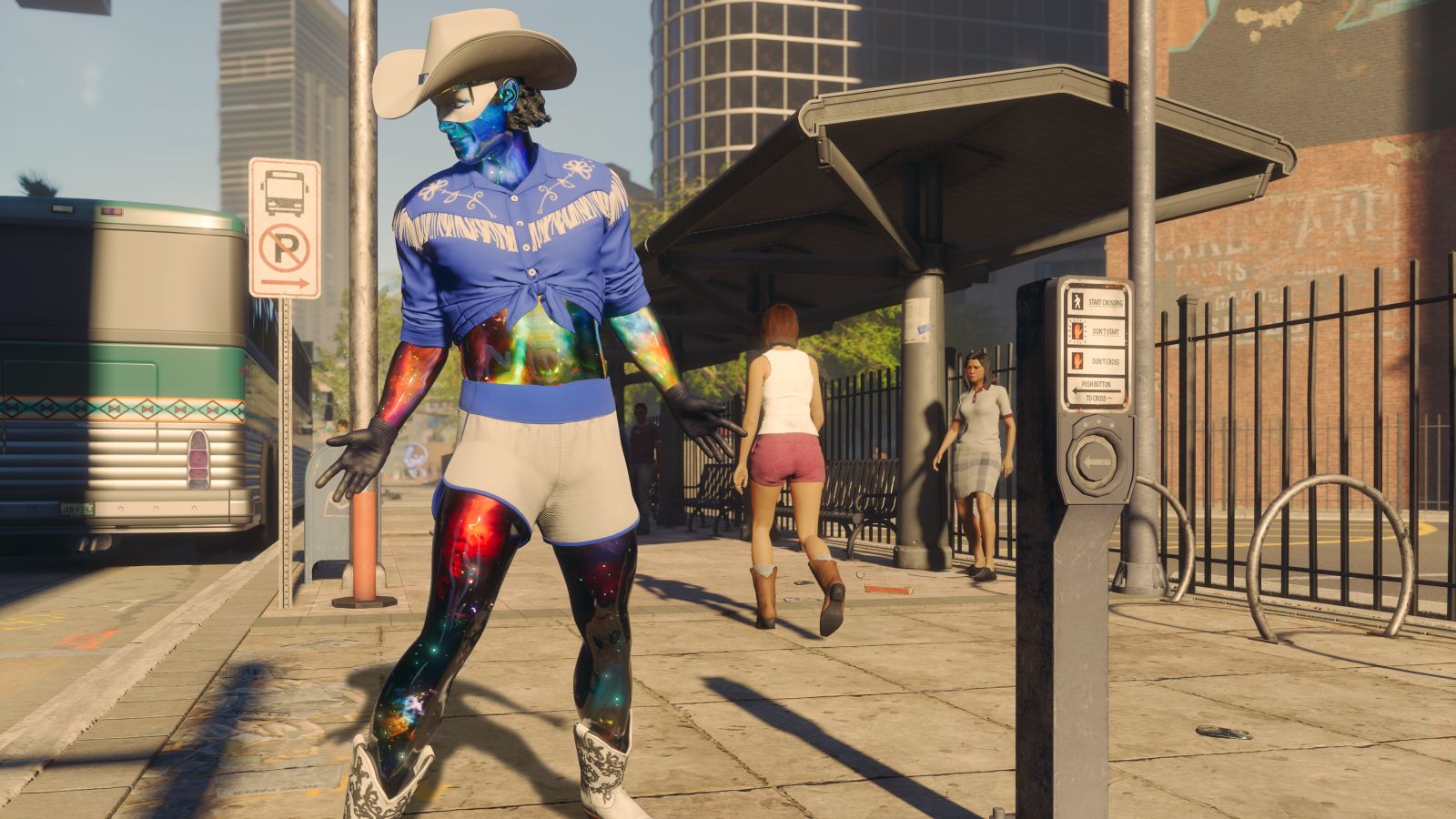 Look, we all know Saints Row is an absolutely insane game series. I mean, in the last two games we jumped into the Matrix, beat up aliens, and then went to hell. While the team over at Volition has been off their rockers to a degree with the trajectory of this series, it’s time for a reset. But, just because you do some work ground Saints Row doesn’t mean we’re jumping back into the OG gang war stuff. Instead, this looks like a balance between Saints Row 2 and 3, and from what we’ve seen in a behind closed doors showcase for the customization (of which you can watch a trailer for it now), the control you’ll have over the personalization of your character and more has been turned up to eleven.

For those of you who don’t know, the new Saints Row is taking things back to the beginning in a reboot, with a new boss, a new setting, but the same criminal empire-building we know and love from the series. The games have always wanted to give you as much freedom as possible while being one of the weirdest things you can play on the market. While Saints Row has always been similar to the GTA series, where it’s differentiated itself has been having a ridiculous amount of customization, including building your own character. There’s still a lot we don’t know, but the new trailer we saw and the devs that spoke made us really excited about the player choice available.

To start out, your character. If you’re one of the people who spends two hours in Skyrim trying to get your Nord just right, may God have mercy on your soul as you make your way through this one. It’s more than just changing a body shape or hair color, with hair, head, face, body, skin, tattoos, outfits, and personality to edit right out of the gate. Volition doesn’t want you stuck there though, with eight presets at the ready so you can click and jump into the mayhem. 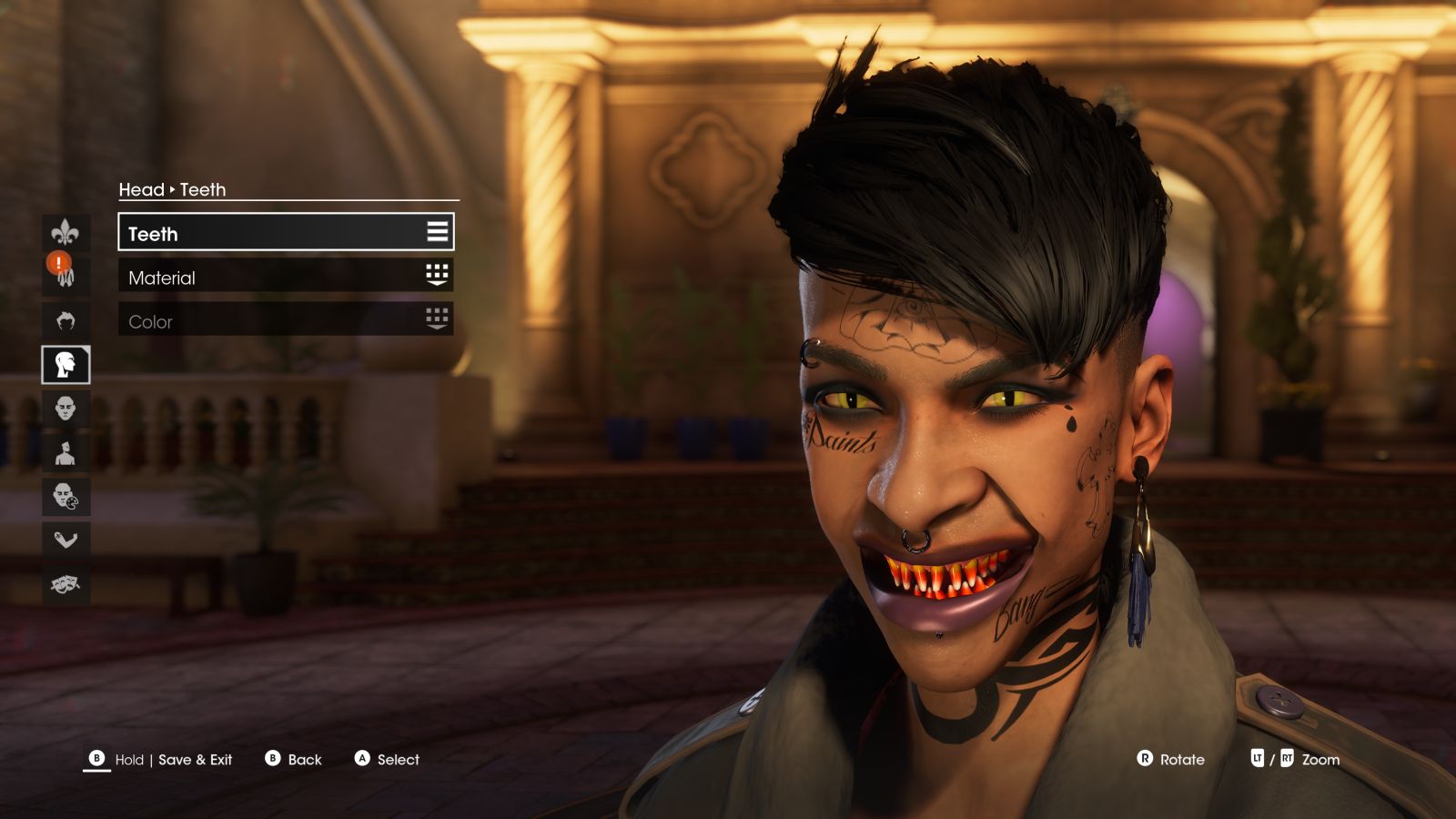 The depth of the customization you’re going to be able to go into is where things get a little crazy. You’re going to be able to change up the style of your face, try your best to build celebrity lookalikes, all of that, but you can also adjust things beyond that. For example, you’ll be able to move individual eyes into different positions or make one cheek bigger than the other, along with many, many more options to go insane as you construct your crime boss. The idea stems from a simple idea, making a character that’s completely unique to you. Sure, someone else has the same toolset to make it happen, but it’s going to be pure happenstance for someone to do things exactly the way you do.

Going even further into your selections, the skin and eyes are where things get absolutely absurd. There are things like alien eyes, gold material eyes, starry eyes that look like Captain America shields, and with your skin, things like the tint or texture can be different, with variations like skin that looks like brick or a glowing kaleidoscope, as well as making yourself look like you belong in the Blueman group. The arsenal of choice is astounding, and if you can come up with it, there’s a good chance it exists in this suite of customization.

That’s not the only thing you’ll be able to change up either, as you have to dress the part of a boss. Well, you should, but with how much is here I wouldn’t be surprised if “hobo” is an available clothing option. There’s plenty here as well, matching the run-of-the-mill security windbreakers with more farcical choices like a poop emoji hat. Besides that, layered clothing returns, so choosing socks, underwear, even going as far as putting on a shirt with a hoodie on over that and a jacket on over that. Expressing yourself is important to the team, just as it’s important to creating that crazy feel you’ve always gotten playing the previous Saints Row games. 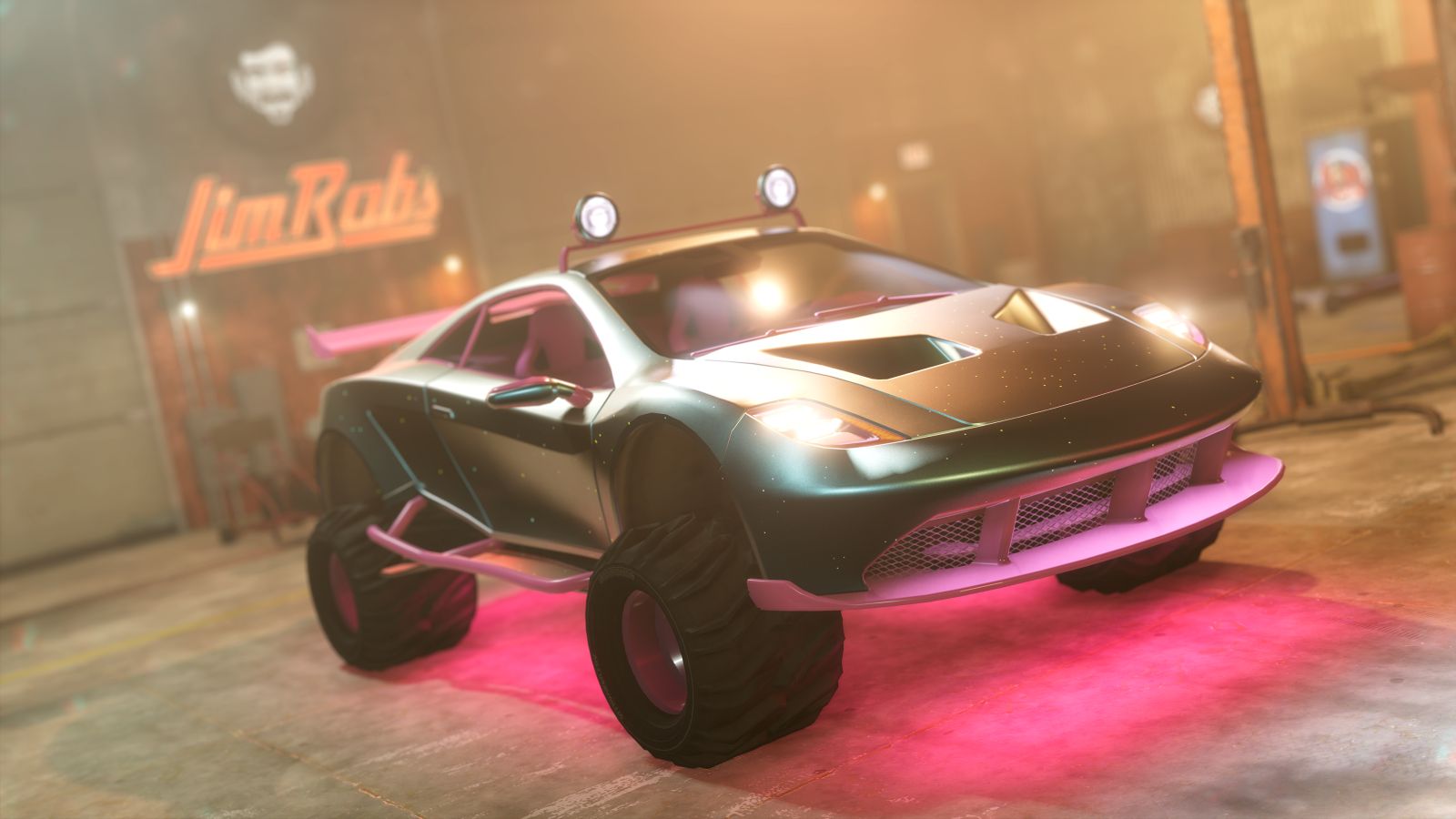 But wait! There’s more! Cars and weapons are also going to be customizable. Starting with the one we’re used to, there are 80 vehicles in the world that have presets available. But of course, this is a Saints Row game, so stock just isn’t going to cut it. You’ve got spoilers, you’ve got fenders, you’ve got side panels, ornament hoods, and more. The paint is of course customizable, so you’ll be able to pimp these rides out in plenty of different ways. What catches my attention the most is the fact you can even change around your car’s sound, so pulling up to a showdown has never been so cool, or silly. Beyond that, you’re going to be able to add plenty of upgrades in, with nitrous, ejector seats, wrecking balls, tow cables; the works. It’s amazing that it’s nearly on the same level as the clothing, and it’s much deeper than you are going to see in plenty of other games in the same genre.

If that wasn’t enough to grab you, being able to personalize your weaponry is something I didn’t know I needed until now. Just like your skin, you’ll be able to change up color, texture, and throw a bunch of stickers or decals all over them. But even more than that, you can change more than just the colors of the entire weapon, instead being able to choose specific parts like the handle, barrel, or magazine, and paint it up the way you like. If that’s not wild enough for you, there are a few full-on wacko skins to choose from, like a guitar case doubling as an RPG, or foam finger pistols. There is plenty to love about what we’re seeing, and the weapons feel like icing on the cake.

That being said, we’re STILL not done. I love how the series seems to be getting back to its roots with the gang-style businesses and territories, and you’ll control everything from the Saints HQ. You’ll be able to trick this place out with all kinds of things, but it extends much further than that. Getting the gang’s uniform will also be on the agenda, so if you want a K-pop group behind you, it’s totally possible, as well as the vehicles they drive when they’re doing Saints business. On the second floor is the war table, where you’ll set up your heists, manage your criminal empire, and how you’re going to build the city in the Saints image. 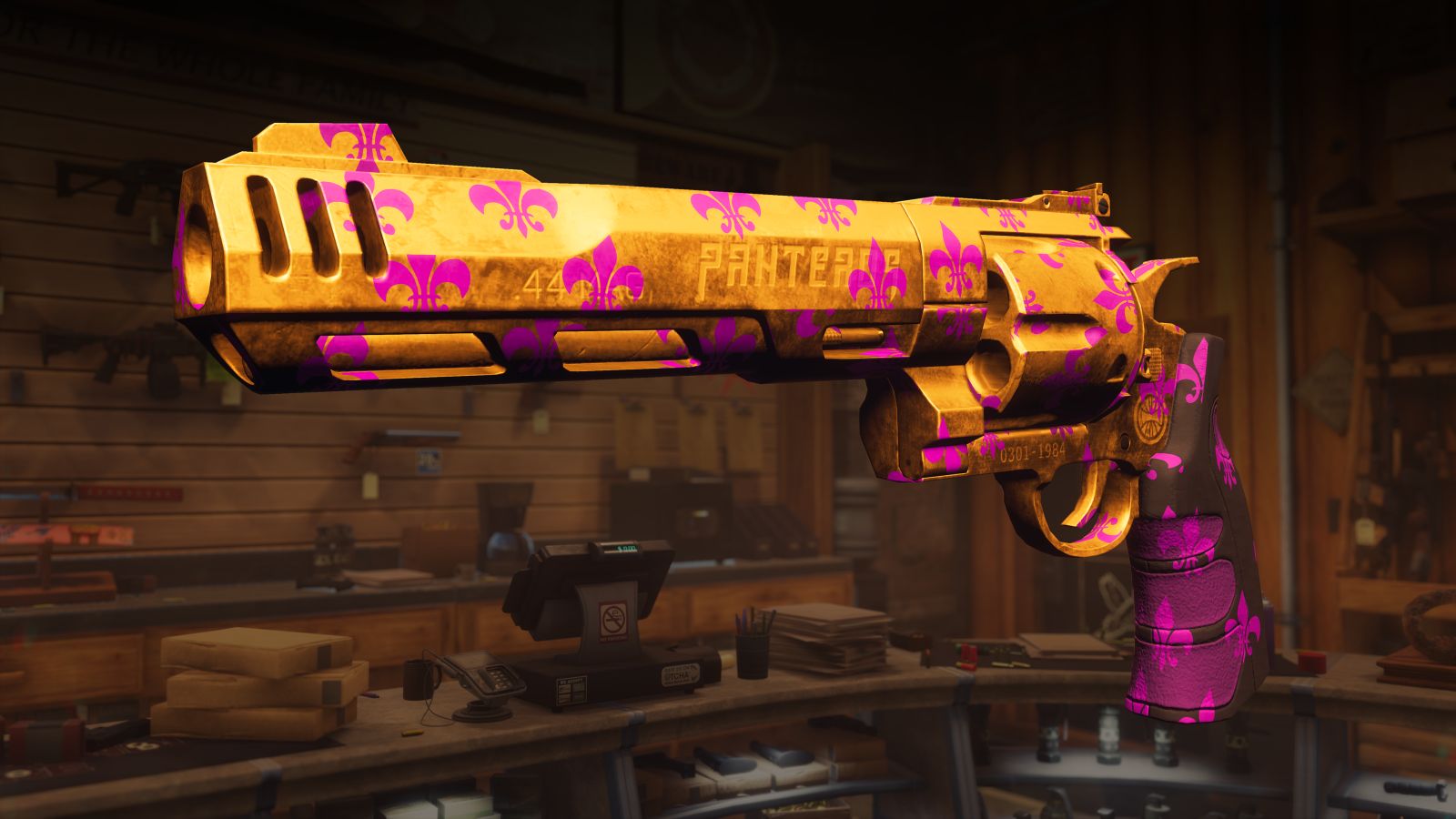 Some cool news that came out of the presentation; it looks like we might get a taste of the customization soon, I’m guessing through either a phone app or a little “demo” for the tools available on consoles and PC. This will happen before launch, so keep your eyes on the Saints Row socials. With how this and everything else is shaping up for Saints Row, it certainly looks like we’re going to be sinking a ton of hours into the game. The question that arises is how many of those we’ll be spending on just customization, and I can definitely see a third of my time dropping in that category.

The other good news is that we don’t have long to wait for Saints Row! Delays suck, but plenty of great games endure them, so I’m looking forward to playing Saints Row on August 23rd, 2022. It’ll be available on PlayStation 4 and 5, Xbox One and Series consoles, and PC via the Epic Games Store.