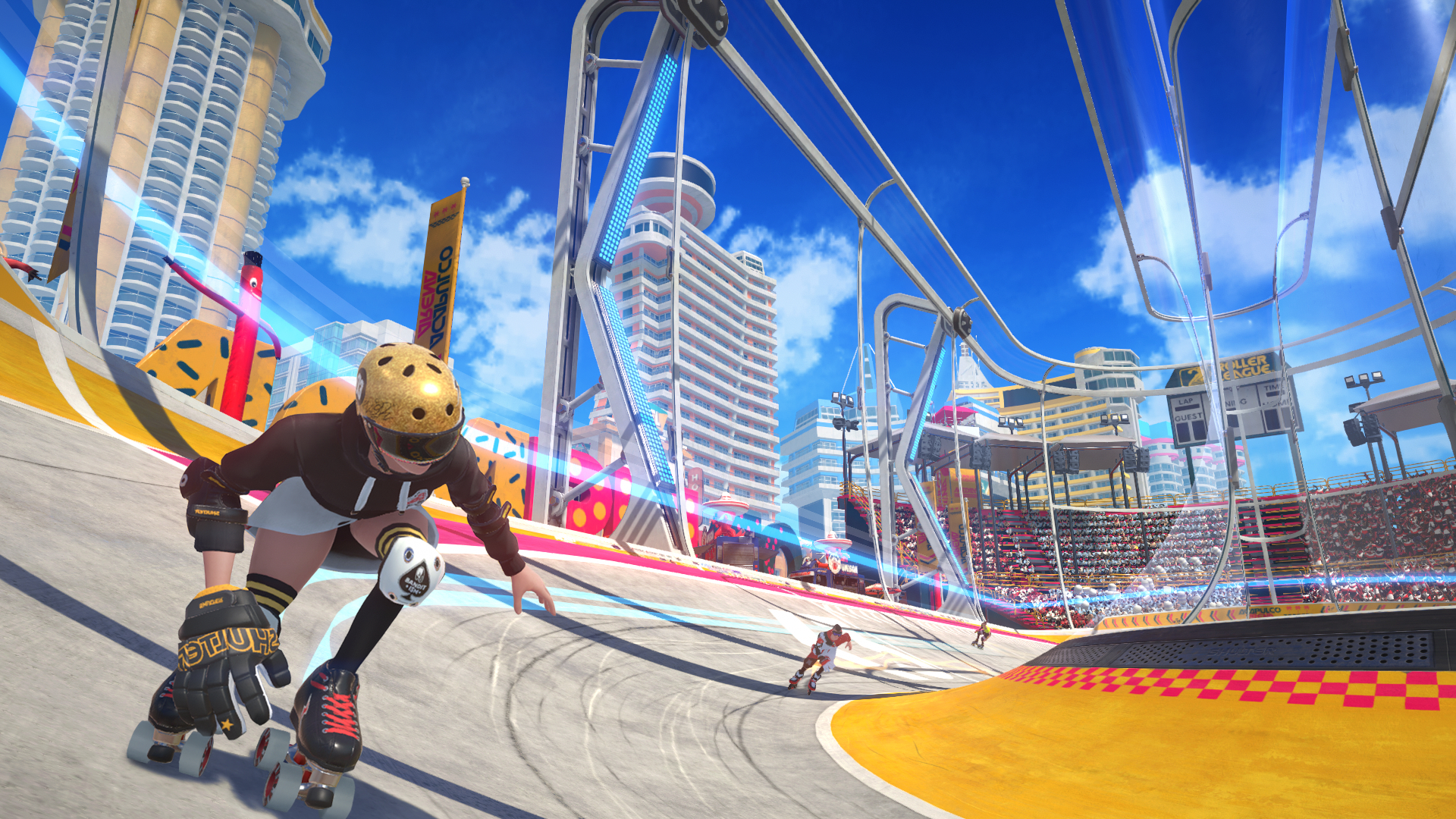 One of the more interesting things to come out of Ubisoft’s E3 conference this year was a new IP called Roller Champions, where two teams of three clash in a roller skating arena. Reminiscent of competitive pseudo sports games like Rocket League, I was eager to sit down with the small development team and go head-to-head with some fellow E3 attendees.

Before I go any further in this preview, I want to state unequivocally that I am a very competitive person, and games like Roller Champions bring out the best or the worst in me depending on your perspective. So when I sat down to play Roller Champions, I had one objective: To dominate at any cost — and that’s exactly what I did. After a short conversation with one of the developers and a few minutes familiarizing myself with the controls, we began our first match and every point that was scored was done so by yours truly. So as you read further, keep in mind that this was written by the sweatiest of tryhards, and I have no regrets. 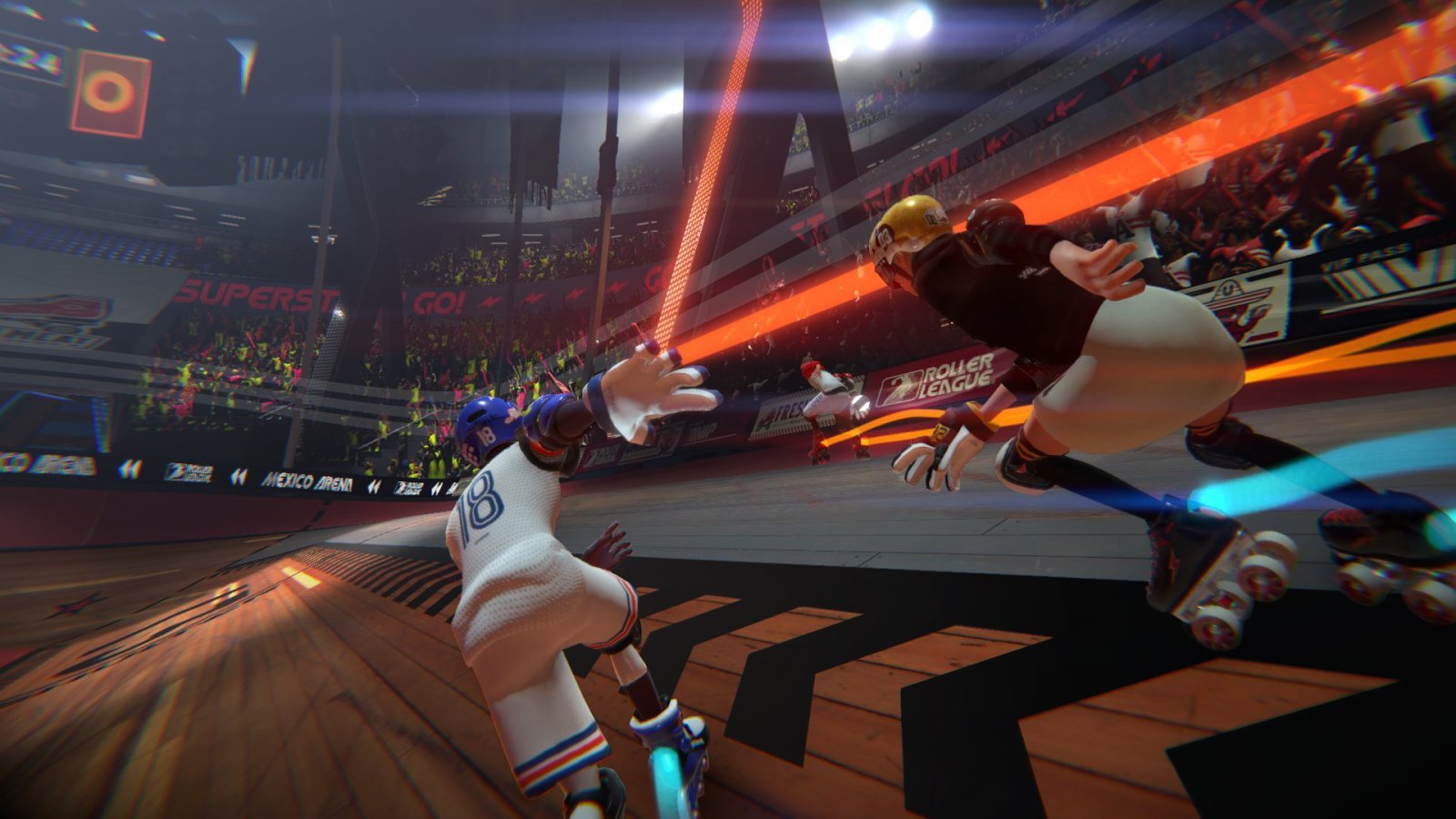 The rules in Roller Champions go like this: In order to score, one team must race circles around the track while keeping uninterrupted control of the ball. Once one full lap has been completed, they are able to toss the ball through a hoop located on the side of the track to score a point. Alternatively, the team with possession can choose to run additional laps around the rink without scoring for more points when they eventually do get the ball through the hoop. The risk in doing so, of course, is that if you lose possession of the ball at any point, all progress you’ve made in circling the arena is negated. The defending team’s sole goal is to take the ball away from the enemy team, which they can do by intercepting the ball and tackling enemy players. It’s a simple formula of attacking and defending, and risk versus reward.

The longer I played Roller Champions the more tricks I discovered, as did my opponents. By the end, the game felt like it had so much nuance that we could sit there all day and continue to improve and learn new strategies and counter strategies, engaging in mind games as we tried to predict the opposing team’s moves. For example, learning how to gain or reduce your character’s speed, figuring out how to ride on the sides of walls, and passing to teammates at precisely the right time all quickly become essential to staying on top — and naturally, I was able to stay one step ahead of my opponents and make them taste the bitter flavor of defeat. 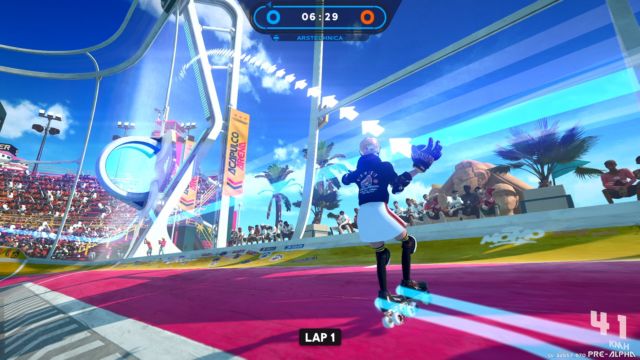 Roller Champions just finished up its open beta that ran during the week of E3, and will launch as a free-to-play title in early 2020. When it comes to Xbox, I’ll be among the first to roll into the coliseum and become a god of the arena.

For more news and a review of Roller Champions, keep reading Gaming Trend.