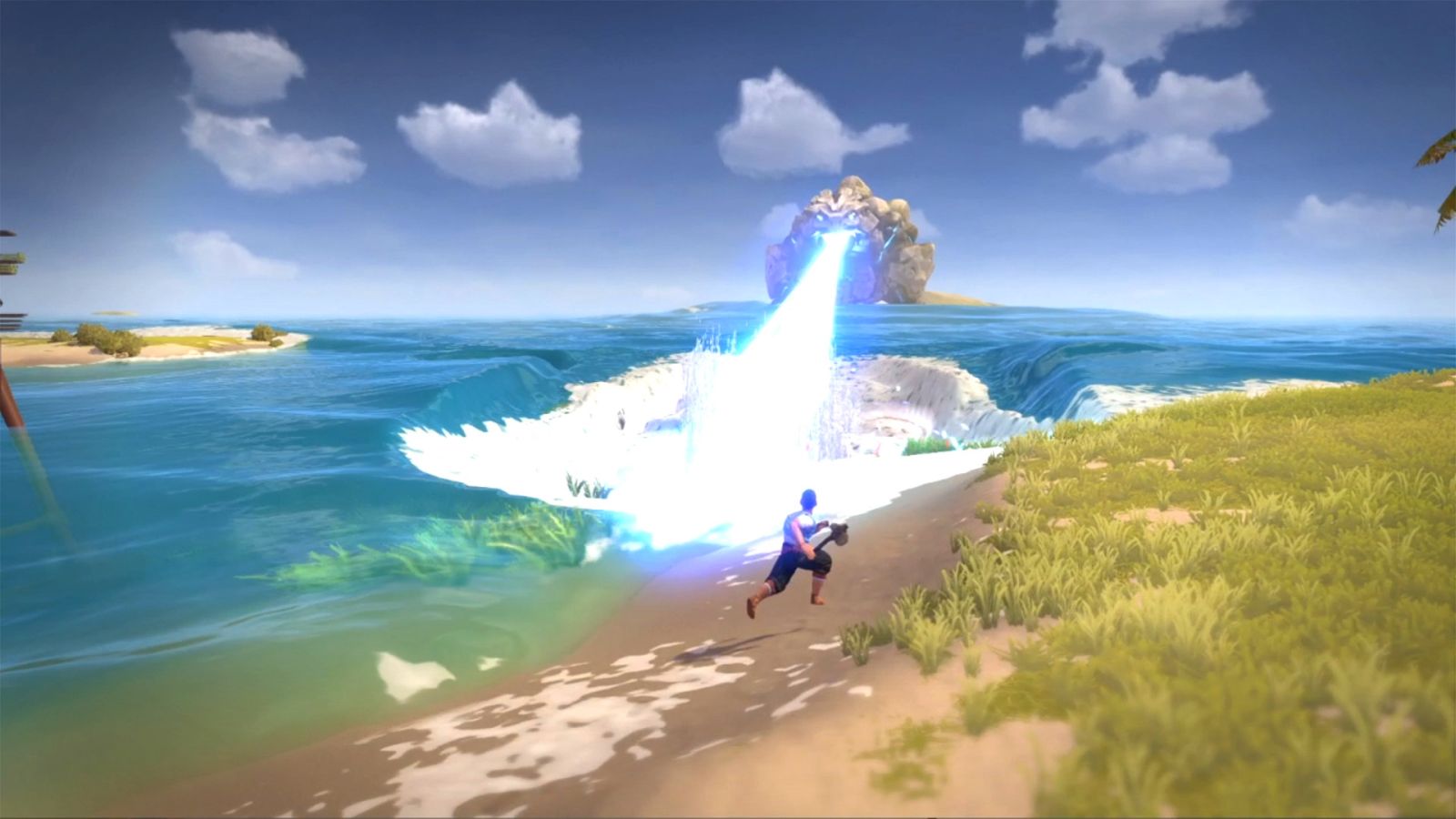 I’m a sucker for a good survival game. Crafting entire worlds out of sticks and rocks while battling monsters of all types scratches a particular itch for me, so when I saw Breakwaters I knew I had to check it out. Billed as a survival crafting title, Breakwaters uses a procedurally generated world to make each game unique, all while the looming threat of larger-than-life beasts lie off-coast waiting to obliterate everything in their path. Let’s gather up what’s here and see if it assembles into something amazing. 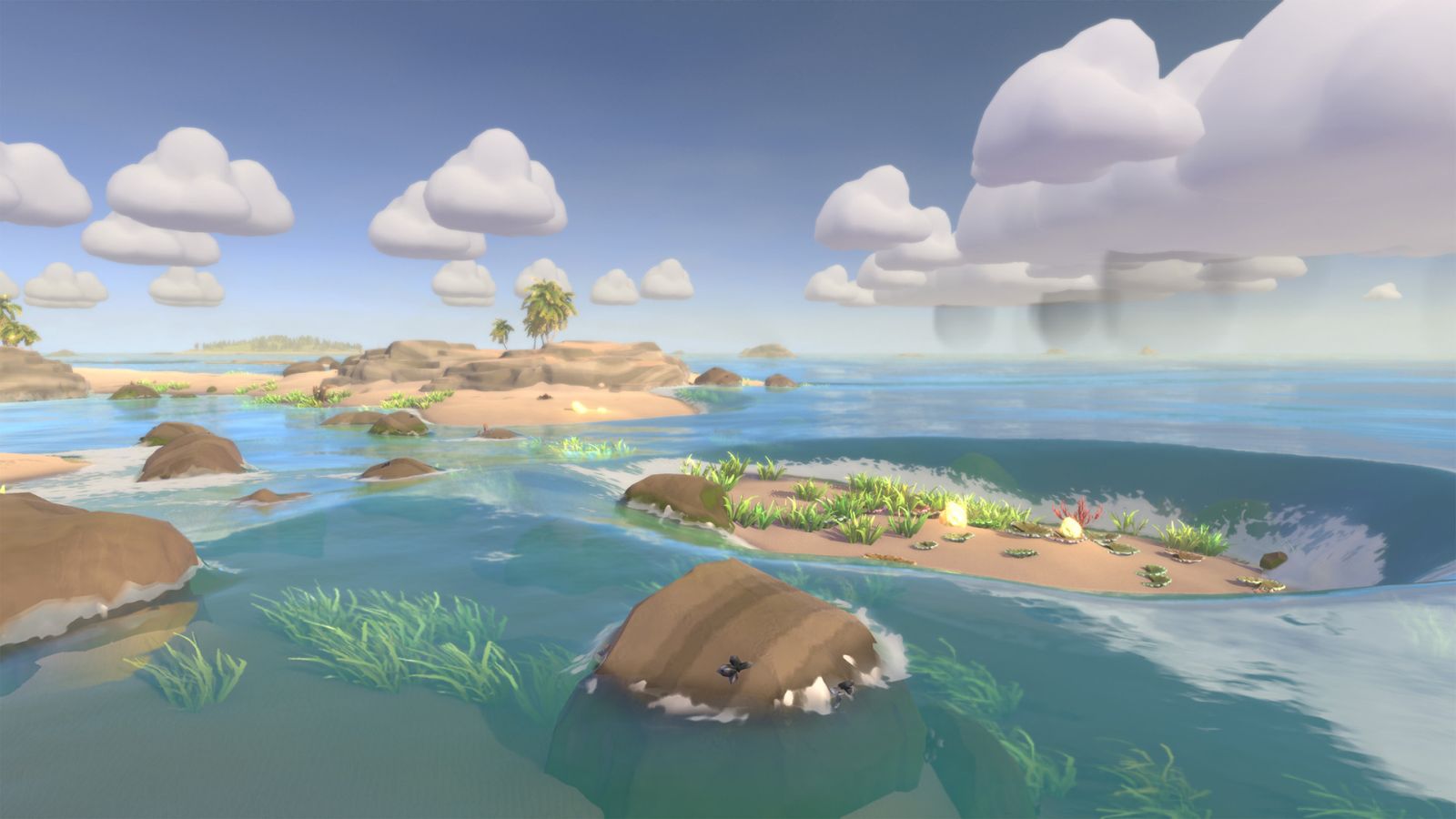 The game drops you onto an island (and if you are running the beta build, with a friend), face to face with a giant rock monster in the distance. There’s no tutorial at this point, but if you’ve played a survival crafting game, you know what to do. You craft an axe, you craft a table, you gather resources and make the next thing. The hook, however, is the water.

Gathering yellow crystals you can make a potion that will scatter water away from wherever it lands. This can be used to reach objects otherwise obscured by the ocean, opening up all sorts of opportunities. Conversely, you can also make a blue crystal potion that will cause water to rush in and fill in areas that were dry. You can already see how puzzles raising and lowering water will work, and there’s some of that already here, though it is still quite early.

In terms of survival mechanics, thirst and hunger are already in the game. You can gather berries and coconuts early on (by punching trees and bushes), and killing monsters will cause them to drop raw meat which you can cook on a fire. Once you’ve got a hammock, you can pass time, and eventually you’ll start crafting other goodies like armor and weapons to fight the tougher critters you’ll encounter. It’s still very early, but a rudimentary building system allows you to craft walls, floors, roofs, and ramps to create buildings.

At some point you’ll plumb the depths of what your starter island has to offer. After crafting a flare, you can signal for a transport boat to pick you up. They also act as merchants, should you need some additional resources in a pinch. Eventually you’ll pick up upgrades for your inventory, and you can place points into stats to improve your health, stamina, and the like. It’s all still nascent, so ultimately this is an area where the game can grow, but the foundations are built. 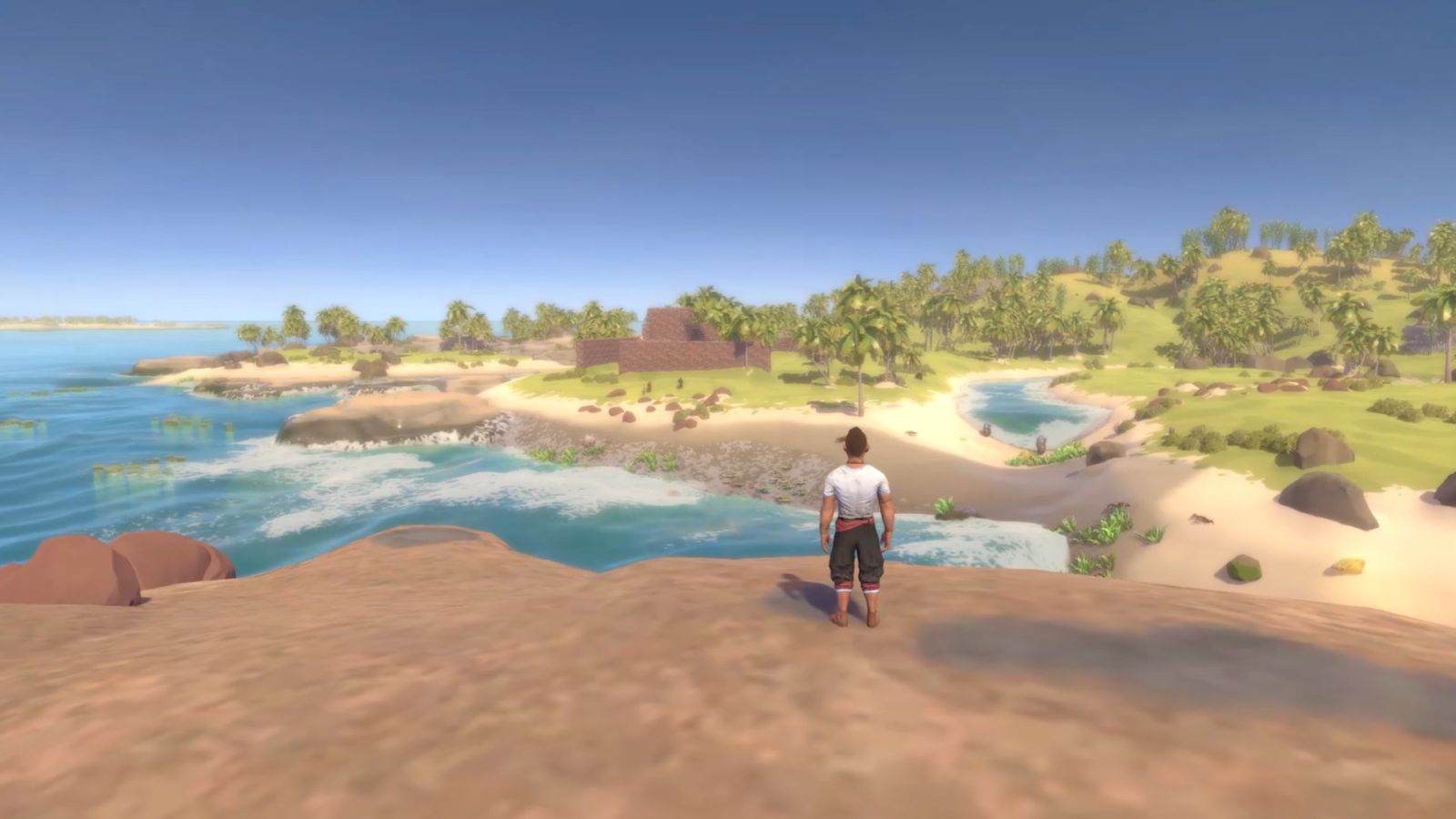 The game already has a cool art style that is a blend of realistic and cartoony that works well for the fantastical nature of the near-magic water manipulation stuff you’ll play with. Then there’s the monster in the distance. At one point in the tutorial island you’ll get to see what they are capable of as it cuts a massive beam across the island. It’s clear there are bigger plans for these creatures as the game develops, ultimately culminating in a big monster battle if I had to hazard a guess.

In its current state there is no central story to complete beyond some basic fetch / build missions given by NPCs with exclamation points over their heads. Such is the nature of early access. Still, what’s here shows a great deal of potential, even if it’s a little thin on content at the time of writing. It’ll be interesting to see how the game develops over the next few years. In the meantime, I’m off to gather more coconuts.