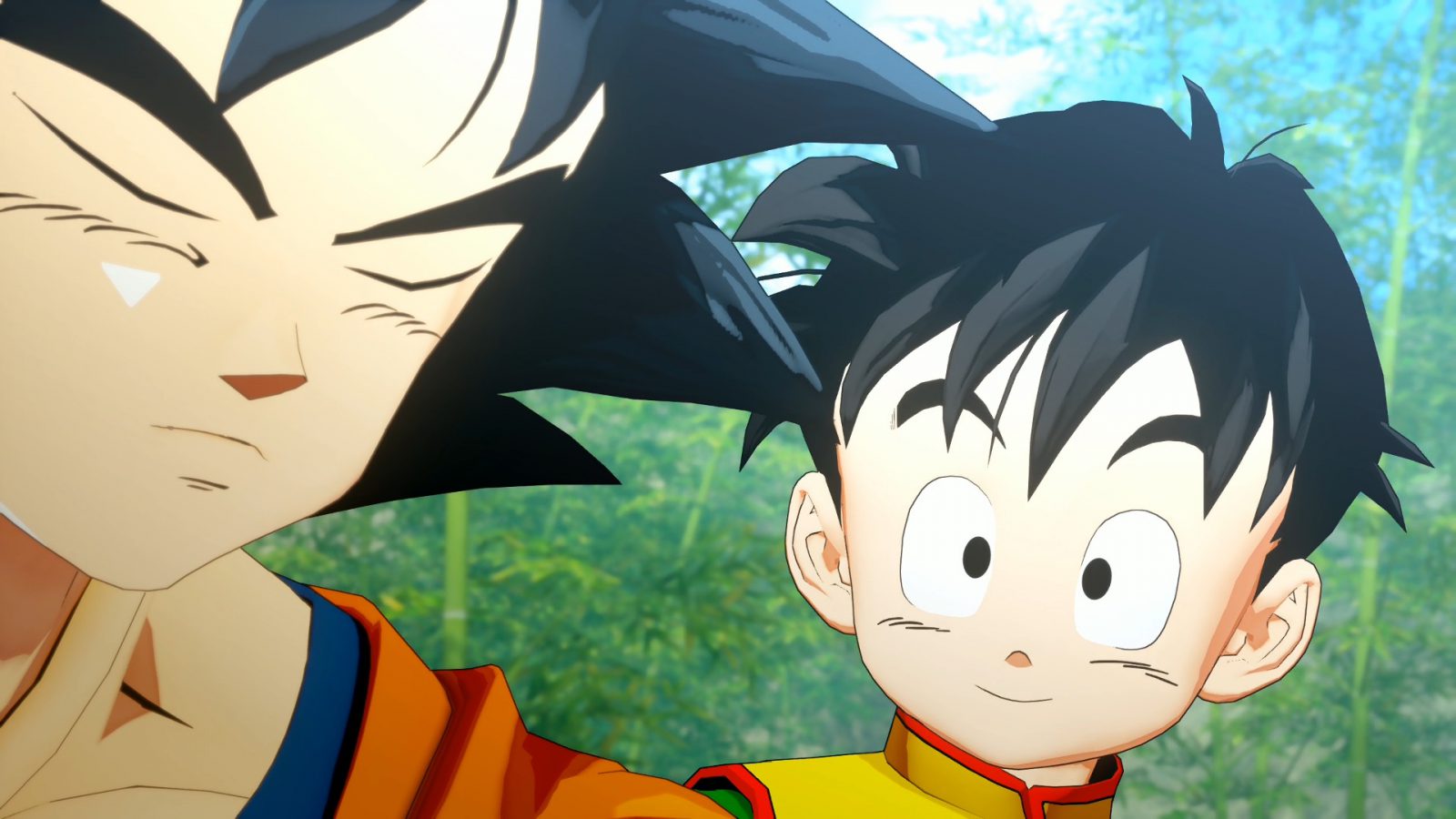 We’ve all seen this story a dozen times: Goku has a kid, that kid is kidnapped by Goku’s real brother who then tells Goku that he’s actually a Saiyan named Kakarot. Bandai Namco is once again telling the Dragon Ball Z story through Goku’s eyes, but this effort already feels different than previous ones. Rather than bring a standard fighting game, Dragon Ball Z: Kakarot is an action RPG. 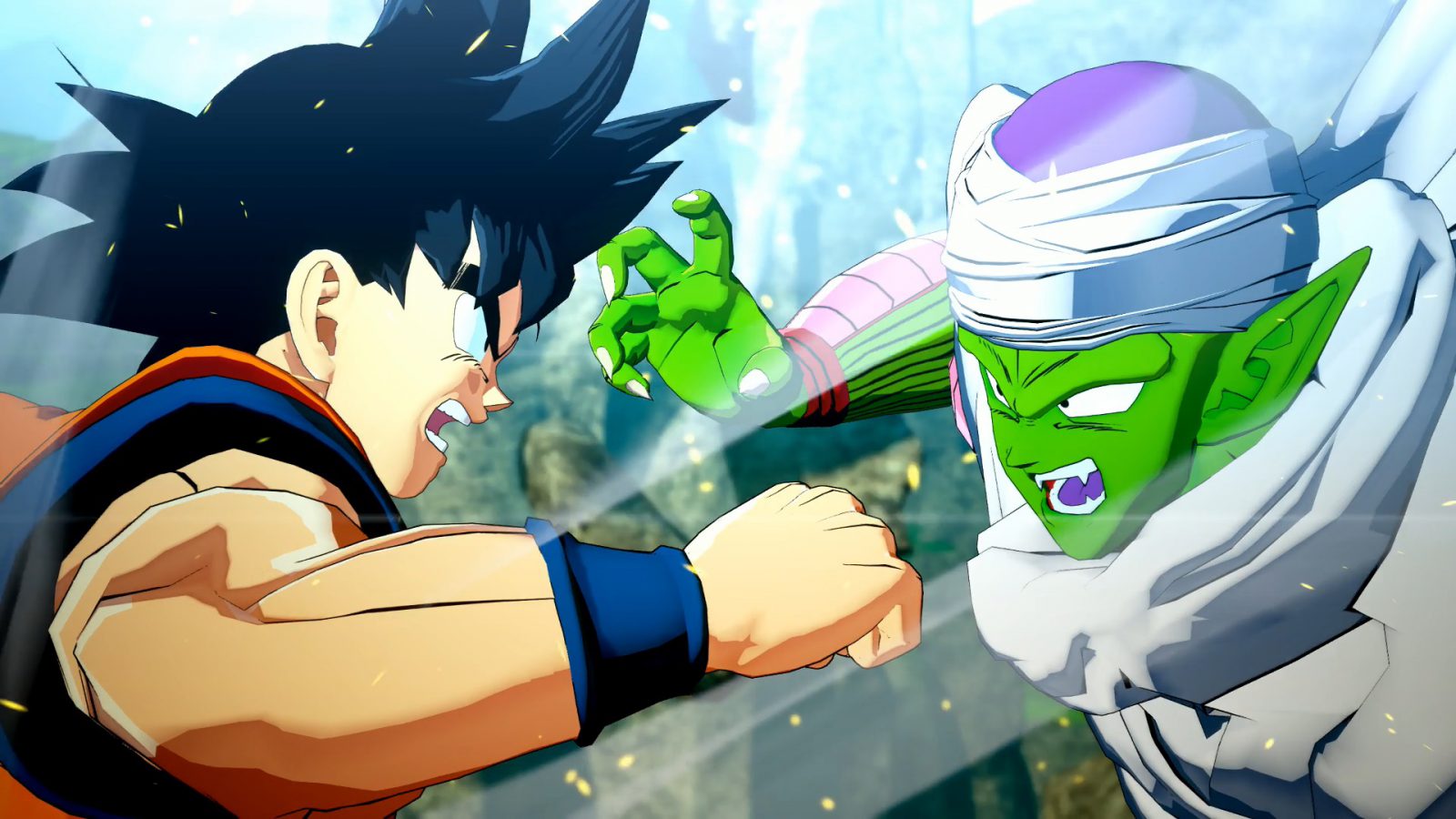 The demo started off just after Goku teams up with Piccolo to go after Raditz, but that wasn’t the ultimate goal of the game. Around the map were several side quests featuring classic characters. These quests gave me items and leveled up Goku and Piccolo.

One of the quests was given by Eighter, the Android from the original Dragon Ball series, as he’s looking for someone to take out Red Ribbon army robots. As you fly through the map, you could run into these robots and begin an encounter. During a fight, your moves are simple. You have a button for attack, one for block, one to shoot of ki blasts, and one to charge up. You also have a meter that fills up as you attack and are attacked; it powers you up when it gets filled and activated. 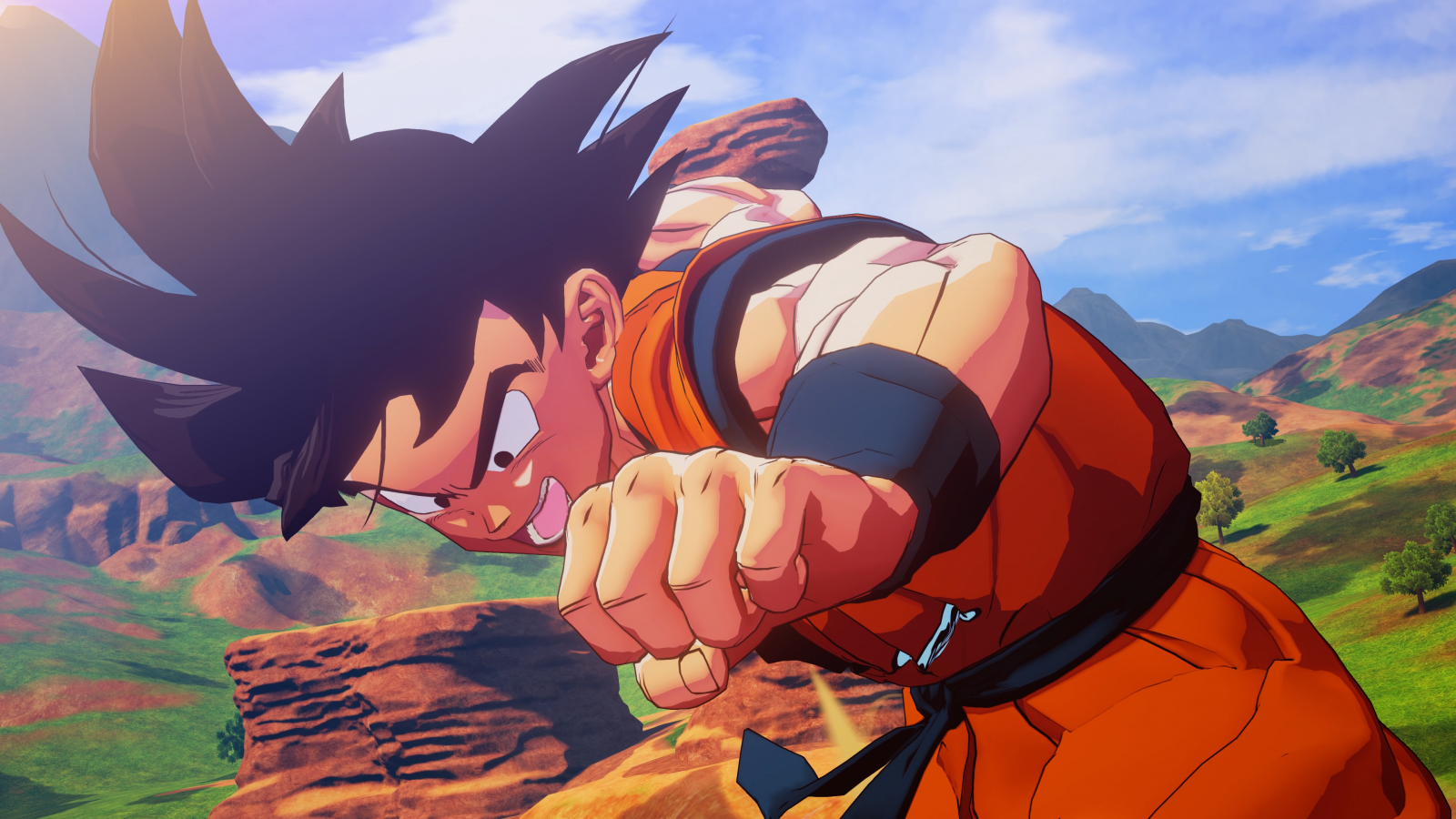 But the map isn’t just about finding opponents to fight. You can also find food to eat later to restore your health. The main objective is also listed on your map at all times, and since my demo was set to end after a certain amount of time, I flew off to Raditz after I was done tussling with robots.

The battle against Raditz had two phases. First, Goku and Piccolo faced off against him, which made it a quick and easy battle as he’s often be distracted by the CPU controlled Piccolo. When his health is depleted there, Piccolo backed off to charge his Special Beam Cannon. This started a one on one fight between the two brothers. 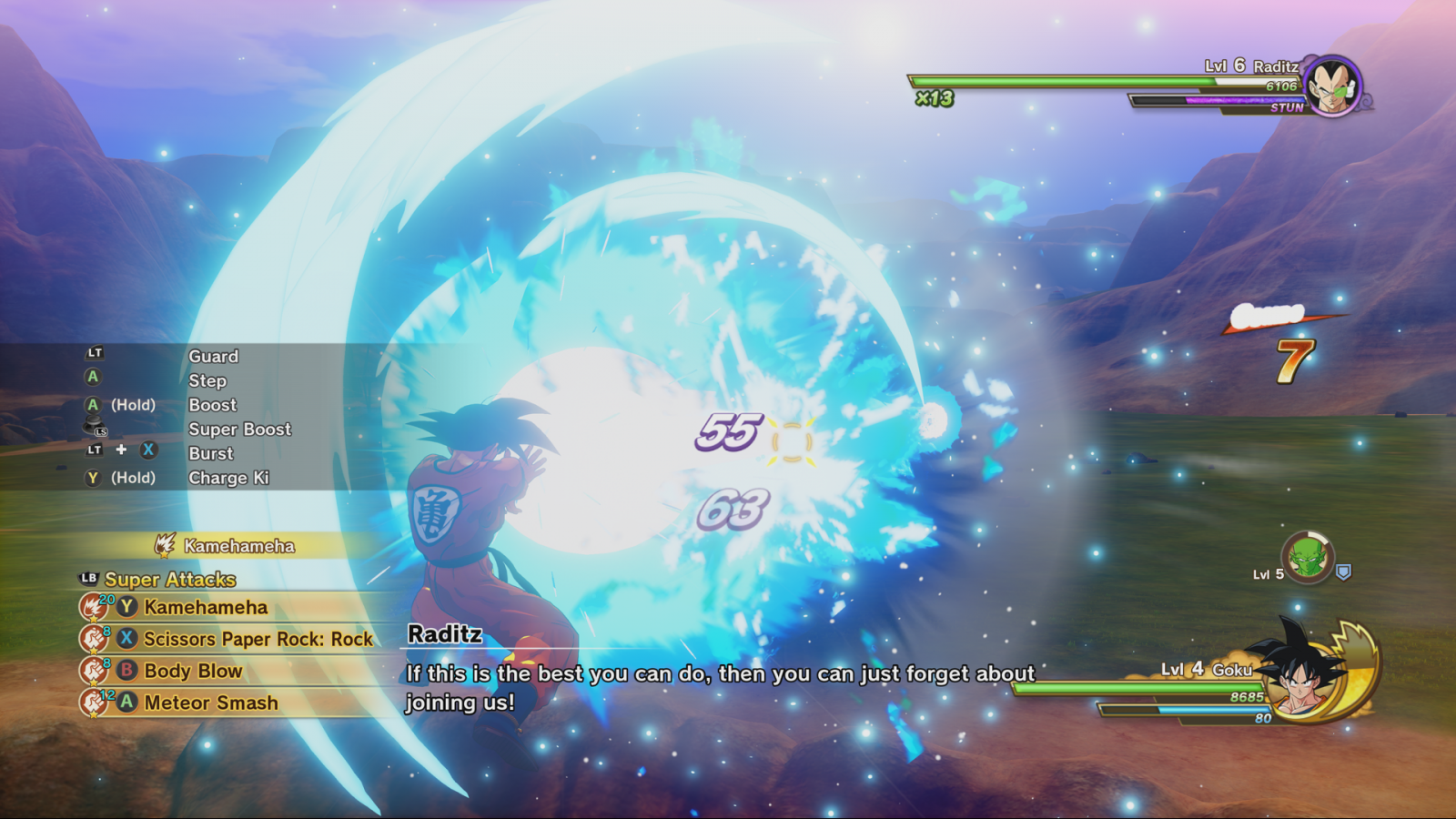 I’ve been a fan of Dragon Ball Z for at least 20 years, but this is definitely the most excited I’ve ever been about the Raditz and Goku fight. As you’re fighting, Raditz will occasionally jump back and shoot energy blasts at you to dodge. It felt like a real boss fight, and the level of excitement was further enhanced by Cha-La Head Cha-Lead playing during it.

The fight wasn’t easy. There were several times I had to step back to heal. I imagine I wouldn’t have had as much of a problem if I did more of the sidequests and leveled up more, which was tempting to do with how many sidequests there were spread across the modest sized map. 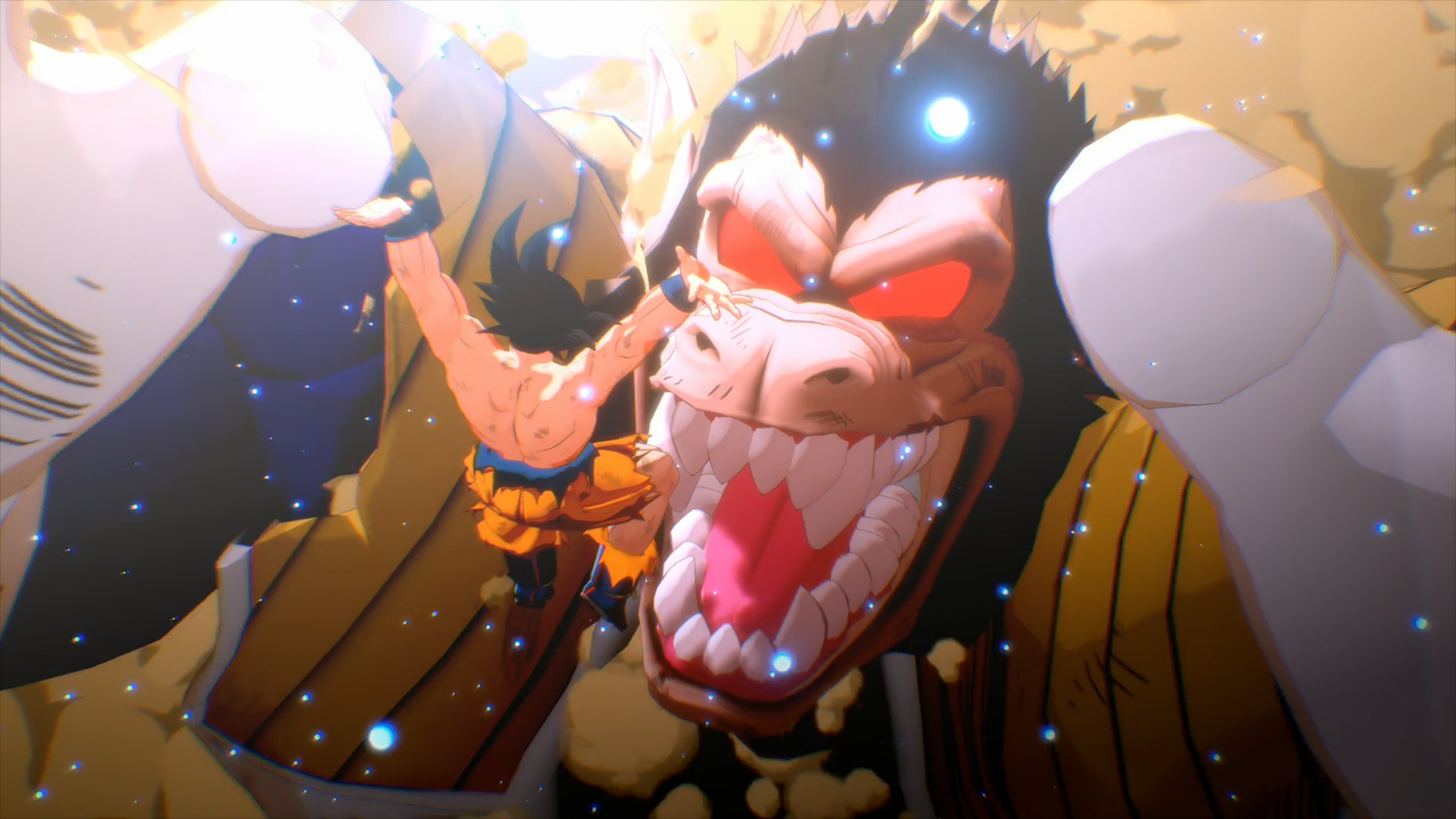 Dragon Ball Z: Kakarot will be released early 2020, but we are still not sure just how far the story will go. For more hands-on coverage from E3 2019, stick with Gaming Trend all this week.