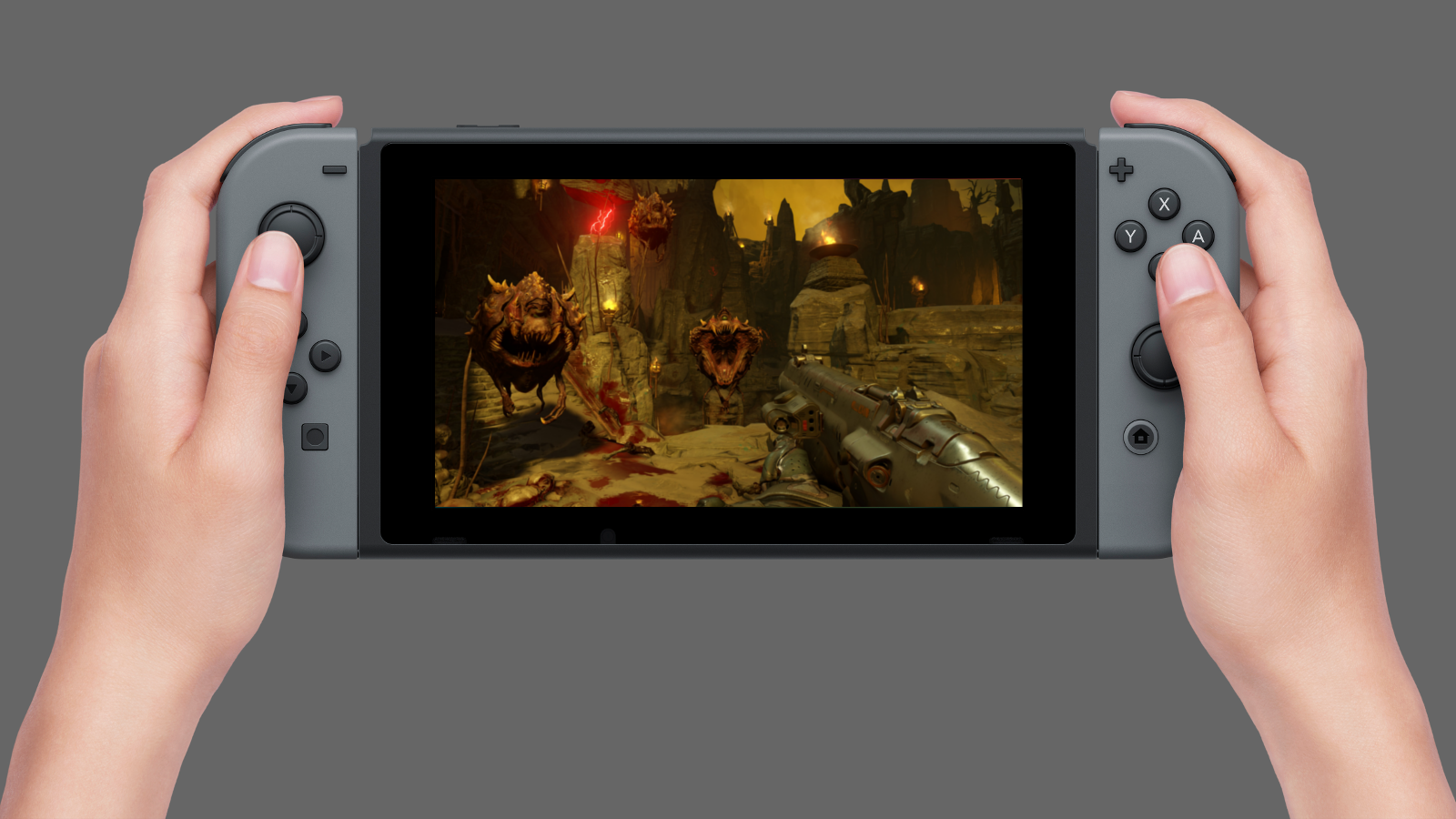 Doom for the Nintendo Switch looks like a competent port, even if it’s not the sharpest version.

After announcing it as recently as last week, Bethesda took no time in presenting Doom for Nintendo Switch as part of its fall game preview.  At this point not much isn’t known about last year’s hit shooter, and the only question really to be answered here is how well the Switch can run it: the answer is surprisingly well.

The demo was on the Switch’s small 720p screen with the system set in a tabletop stand, and Nintendo Pro Wireless Controllers were set up for us to use.  We had free reign to play the game, and I was able to explore the game menus.  There wasn’t a save or any way for me to jump between chapters in the game, however, so I was left to hop in right at the start of the campaign.

It’s already been stated that the game had to be rebuilt specifically to run on the hardware, and the way the game was demoed seems to have been to hide the differences in fidelity.  More important than resolution, however, is frame rate, and whatever trade offs were made to resolution were worth the buttery performance.  Some of the game’s most taxing segments occur much later in the campaign, so it remains to be seen if the game will always accomplish the smooth play we saw at the start of the campaign.

Returning to the topic of fidelity, textures were more than passable on the small screen but were clearly scaled down.  The experience I had on PC last year was highlighted by incredible texture work, and may have been a rare example of the finished product looking better than the E3 presentation.  Taking a look at the Doom Marine’s sarcophagus at the very start of the game, the stone’s normally pitted and detailed texture lost a ton of that finer detail.  Moving through the first few rooms and killing some of the possessed soldiers, however, still carried what seems like the same gore effects.  I’m sure these are also scaled down, but it’s hard to notice.

There may even be a decent sized community for the multiplayer here, since the Switch’s library is still a little thin for the genre.  Doom’s multiplayer is a solid arena shooter experience, but on other platforms it’s really hard to generate a huge audience in such a saturated market.  Time will have to tell, however, as there isn’t much precedent for an area shooter doing well on a Nintendo platform.

It’s hard to complain about what we have here, though.  The new Doom was great because it was really well tuned in the gameplay department.  While I will always prefer Doom on PC, I wouldn’t feel like somebody playing this version is getting a bad port.  If you have a fancy TV at home, and want something flashy to play on it, maybe this isn’t the version I’d recommend.  If you only have a Switch, or loved Doom so much you want to take it with you, go for it.  You won’t have to wait long, as Doom will be released for the console this holiday season.