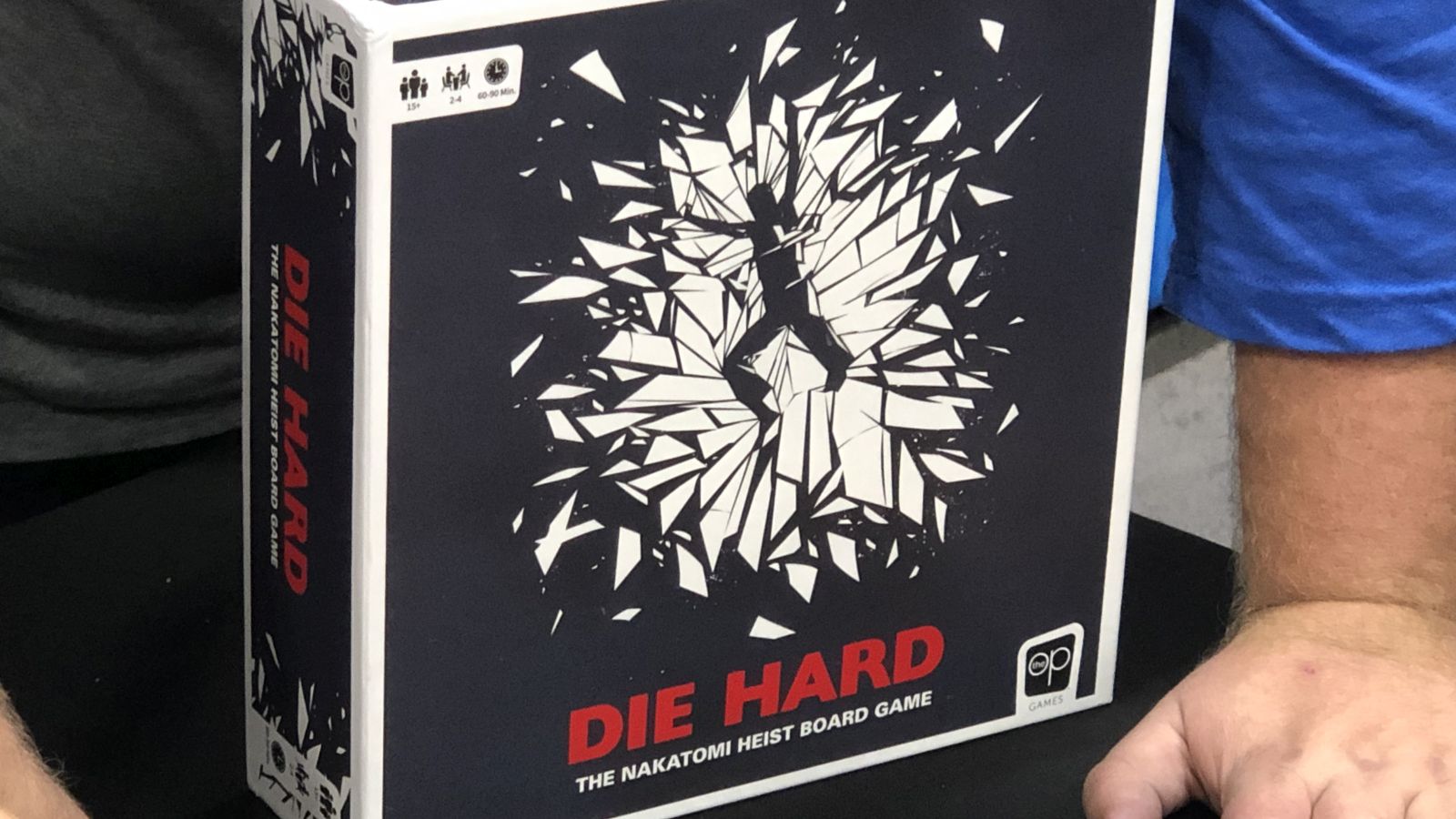 The original Die Hard is the quintessential action movie where one man goes against insurmountable odds to free the woman he loves from a band of thieves. The success of the movie brought about sequels and even more inconceivable heists. However, other than Die Hard Arcade, there haven’t been any notable Die Hard games released. The OP (formerly USAopoly) is looking to change that with Die Hard: The Nakatomi Heist Board Game.

Die Hard takes place over three different Acts, but only Act I was on display at Origins. One player plays as John McClane, while the other players take roles as thieves. Act I takes place on the 31st Floor with John McClane and the thieves having three different objectives. The thieves are working on hacking the CEO Workstation to unlock the vault. McClane’s endgame is to stop the thieves and kill Gruber. 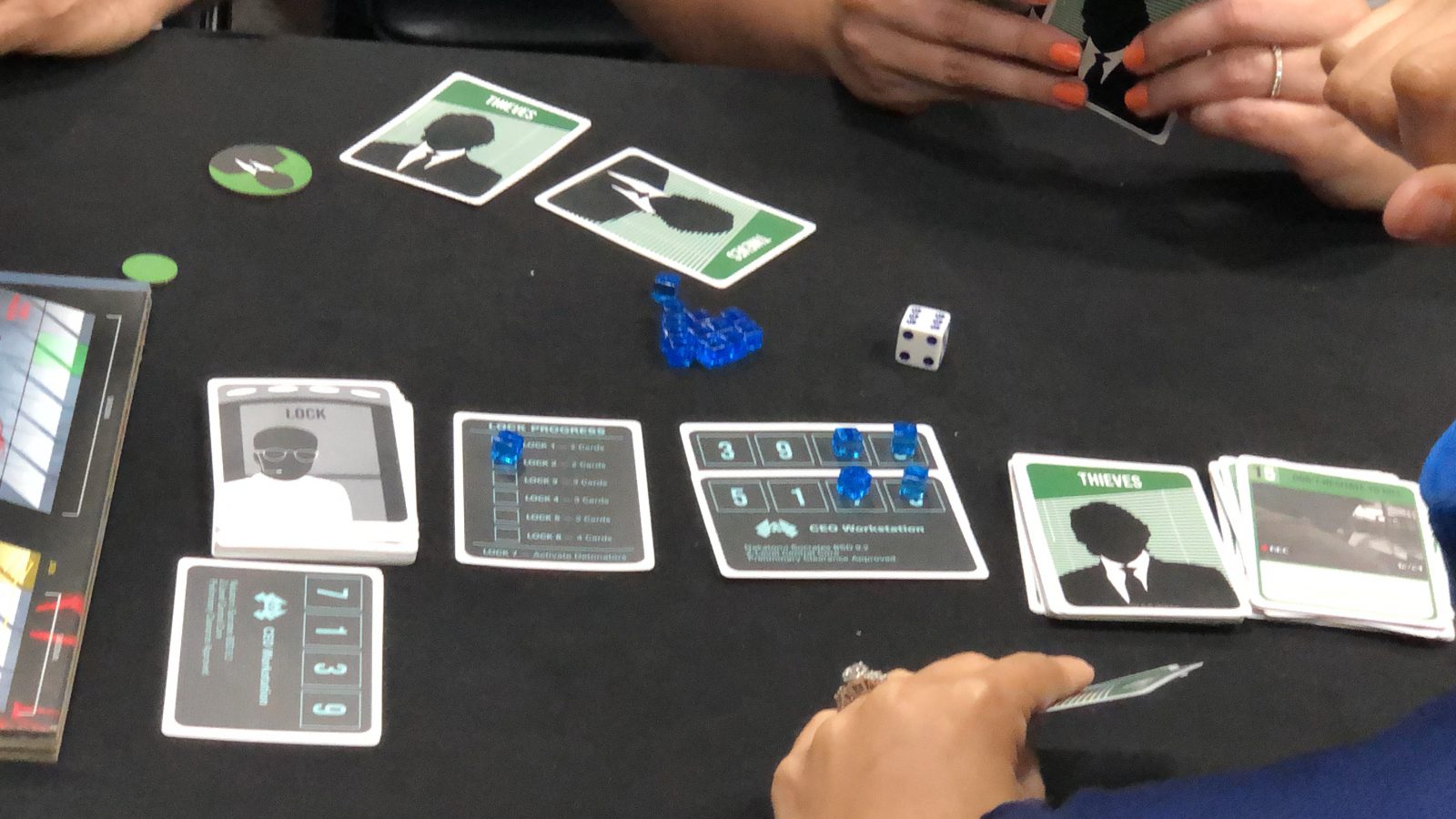 Each side has a deck of cards they use for movement. Each card contains different uses depending on the act being played. The further in the game you are, the more powerful the cards are. The McClane cards get used to move, attack, sneak, shove, and recover around the board and reach the objective markers on the board. The thieves have similar actions but can also call for reinforcements and hack the workstation. The thieves select their cards to play and lay them on the table without communicating with each other what they are doing. McClane reveals his card and resolves it. Then the thieves resolve their actions.

The board starts with a single square revealed for Act I. When McClane is successful with his objectives, the board folds open to reveal Act II. Similarly, the board folds open again for Act III, taking up the entire board. McClane will have more area to cover in each act, but if he runs out of cards he dies and the thieves have won, so using his cards efficiently will be that player’s largest concern. 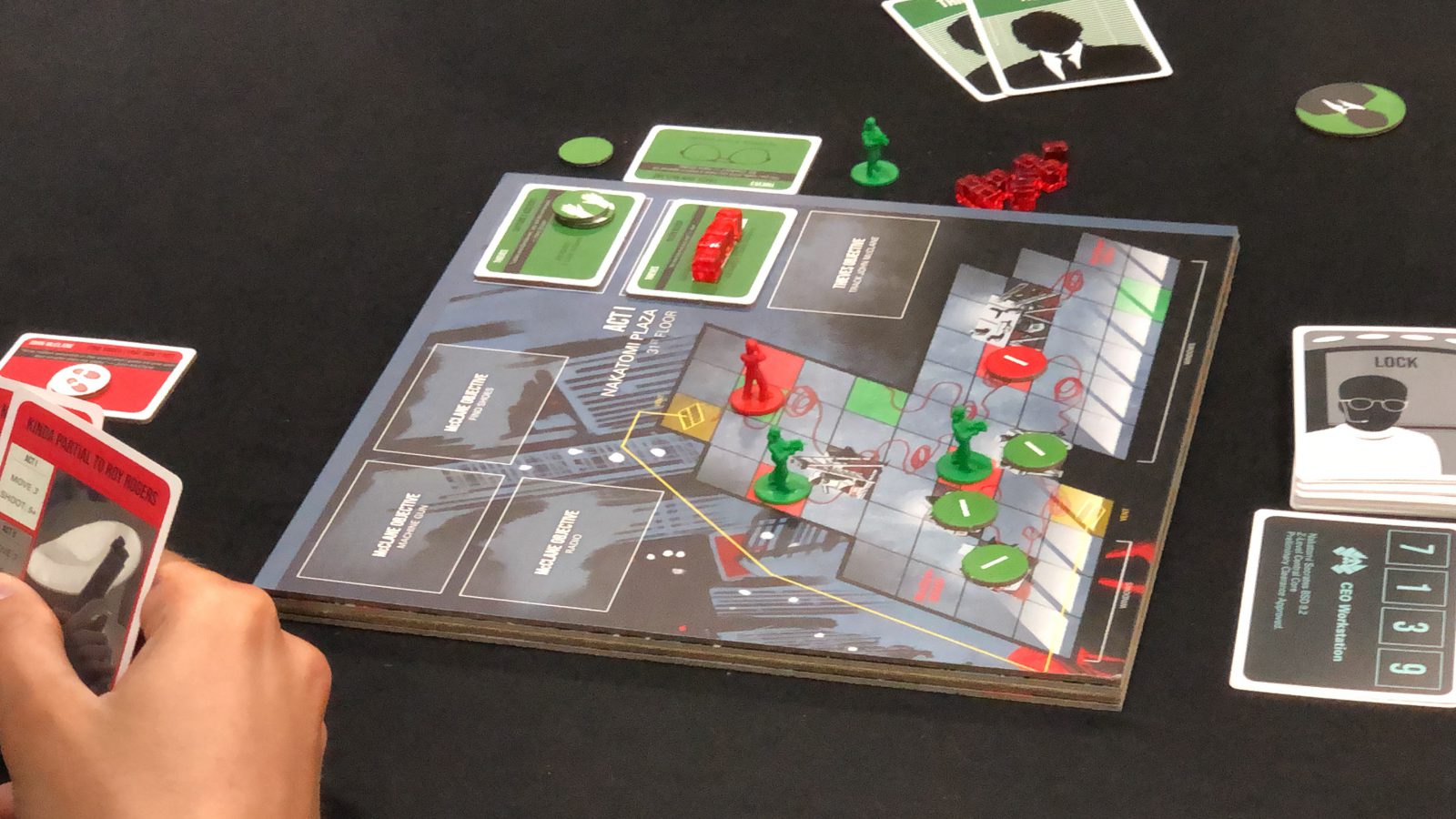 While we might associate USAopoly with reskinned version of Monopoly, The OP is trying hard to shed that image and create good original games. While some of their efforts have been hit or miss, I like what I’ve seen so far in Die Hard: The Nakatomi Heist Board Game. It looks like it will be out soon and should give fans of the movie a satisfying experience.