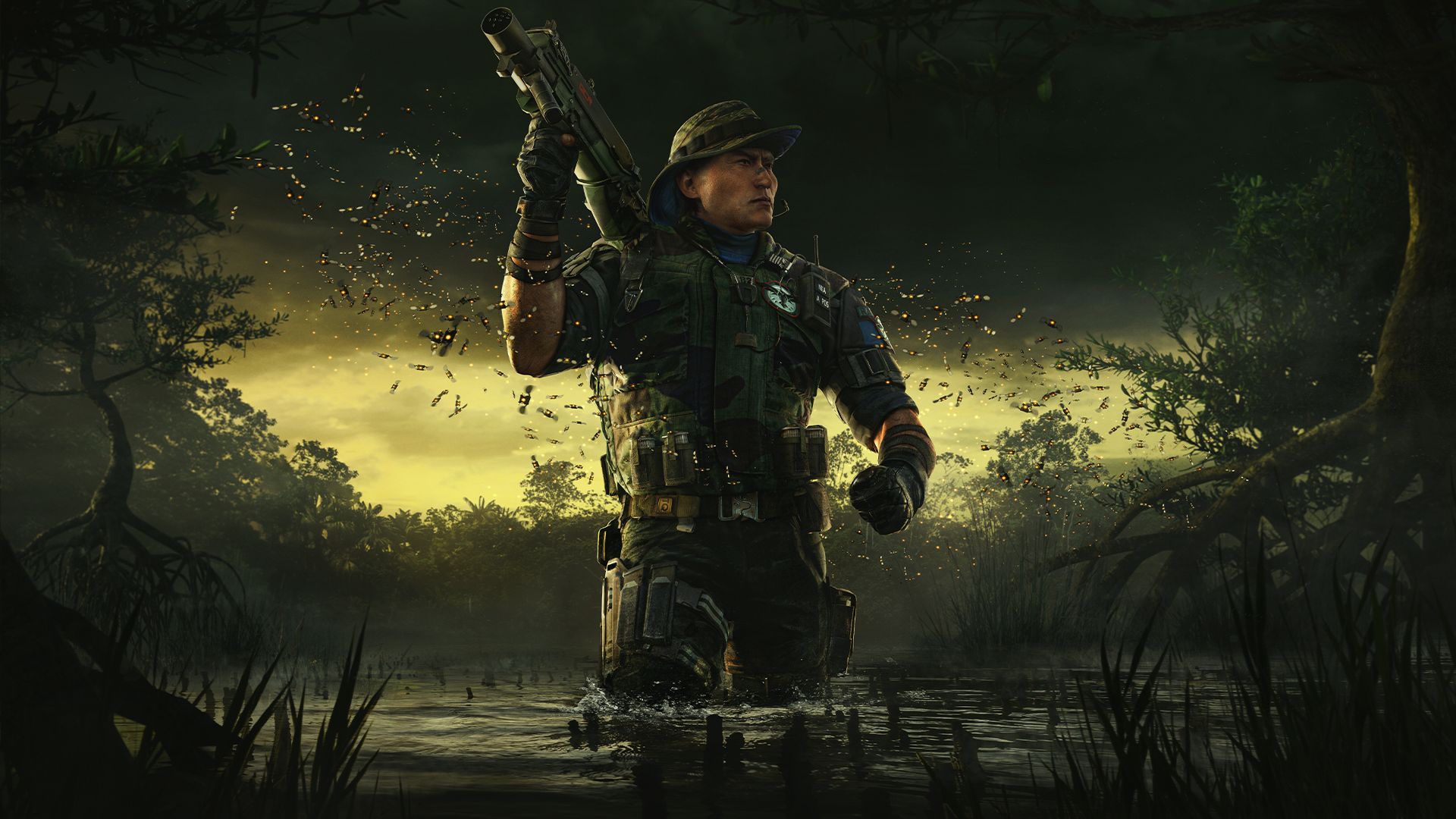 We’re just around the corner from the start of the next competitive season of Rainbow Six Siege. It’s already weird to me to think we’re seven years in as it is, but now we’re about to go into the third season, which is very aptly titled Operation Brutal Swarm. This season is bringing a lot of new content and features and it is one that I am genuinely excited for. I was recently able to preview the upcoming season and all of its new features, and I am here to present to you what I have learned.

Of course, like with every new season we have a new operator and his name is Grim. Grim is a 3-speed, 1-armor operator, making him perfect for pushing towards an objective to do some recon for the attacking team. He uses the 552 Commando assault rifle, also used by IQ, as well as the SG-CQB pump-action shotgun, and he uses the P229 as a sidearm. He can also be equipped with a standard breach charge or a claymore as his secondary gadget.

This Singaporean operator is going to keep defenders on their toes with his Kawan Hive launcher, a device that fires off a projectile that releases a literal swarm of bots that can track the location of any opponents who walk through it. This isn’t interval pinged tracking like with Lion’s EE-ONE-D or Jackal’s Eyenox Model III, but instead continuously tracks every step while inside the swarm. Moving out of the swarm, defenders will be pinged a few times until the swarm wears off. And the swarm can track everyone, including Caveira and Vigil, so defenders will have to act quickly to prevent being swarmed by the enemy.

The swarm bots do come with their own weakness, of course, otherwise they would be way too overpowered. If the device lands next to a Mute jammer it will not activate unless the jammer is destroyed and running up to a jammer after leaving the swarm will stop pinged tracking entirely. The projectile will also be destroyed by Aruni’s laser gate if the player attempts to shoot it through, Jäger’s ADS if it gets too close, and if deployed too close to any surface under the effects of Bandit’s CED-1 shockwire, though the swarm will still linger for a short time in this case.

I’m very curious to see how Grim will be utilized and the different strategies that will be developed by the attacking and defending teams. I can definitely see him getting banned a lot because the swarm is going to be so annoying to have to deal with, even with Lion and Jackal being in play. But on the flip side, my time with Grim was overall unimpressive as I couldn’t get a single swarm to spot a target. User error? We’ll see. 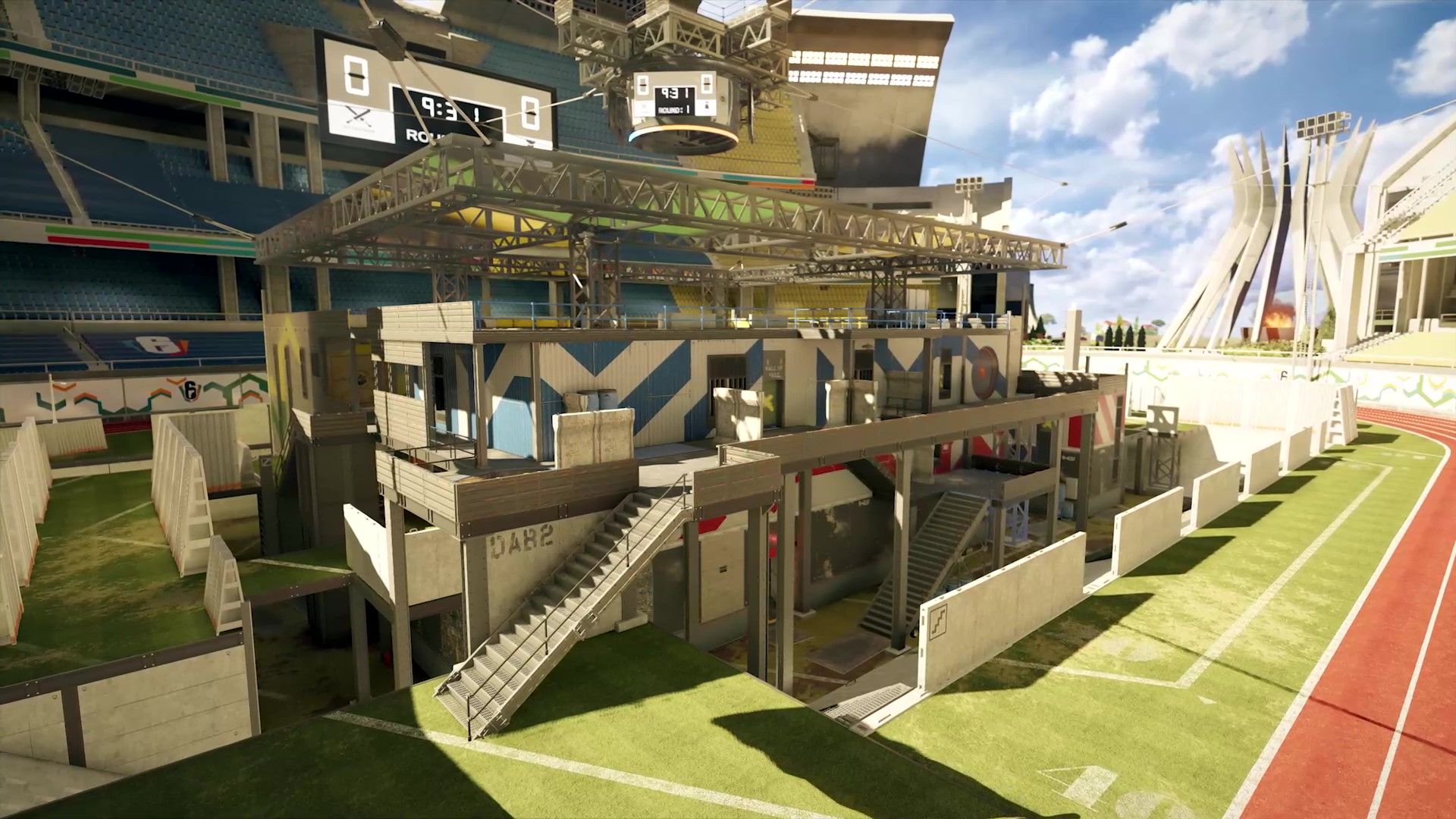 Probably my favorite addition coming with Operation Brutal Swarm is the (re)introduction of Stadium 2021 into the permanent competitive map pool outside of the Road to S.I. event, now being referred to as Stadium Bravo. This map is a combination of Border and Coastline and provides a great balance of sitelines and close quarters. Features are color coded and less cluttered, so it’ll feel different but also familiar, especially if you played a lot during the Invitational event.

A new gadget is being introduced to some of the attacking operators as well, the impact EMP grenade. This device will deploy as a 3rd gadget option for 8 attacking operators. It’ll do exactly as the name implies, temporarily disabling any defender gadgets within its range for a short period of time. Since Thatcher is so often banned, this will definitely come in handy to still try getting through those reinforcements. However, for those worried this might be a bit too much of an advantage for attackers, the range of the impact EMP grenade isn’t as big as Thatcher’s EMP grenade and the duration of effect is also shorter.

Another interesting feature is the adjustment to map bans. At the beginning of a match, players will now choose between 5 different maps instead of 3, increasing map diversity… hopefully. I’m very interested in seeing how this will play out because it really does get boring when it feels like you only see the same 3 maps. There will also be some changes coming to the tactical map including being able to see where the defender objectives are, allowing attackers to make better informed decisions before deploying after the preparation phase. Attackers will actually be able to prepare.

The new season will also bring in a new battle pass for players to unlock some additional weapon and character skins, but new this season is the ability to gift the battle pass to a friend. You can only gift the battle pass to someone on the same platform as you and you have to have been friends with the other player on Ubisoft Connect for over 90 days. (I’m pretty sure I only have 1 friend I’d be able to gift a battle pass to…) Purchasing the battle pass will also bring back the 10% discount in the shop. There have also been some adjustments made to the pricing of some of the operators so you can fill up your roster. As I am new to Siege on PC, this will be handy as there are so many operators I don’t have unlocked yet. And lastly, and most importantly, to do with the shop, you’ll be able to get the Smelly Durian charm if you purchase the Torrid Jungle Bundle. 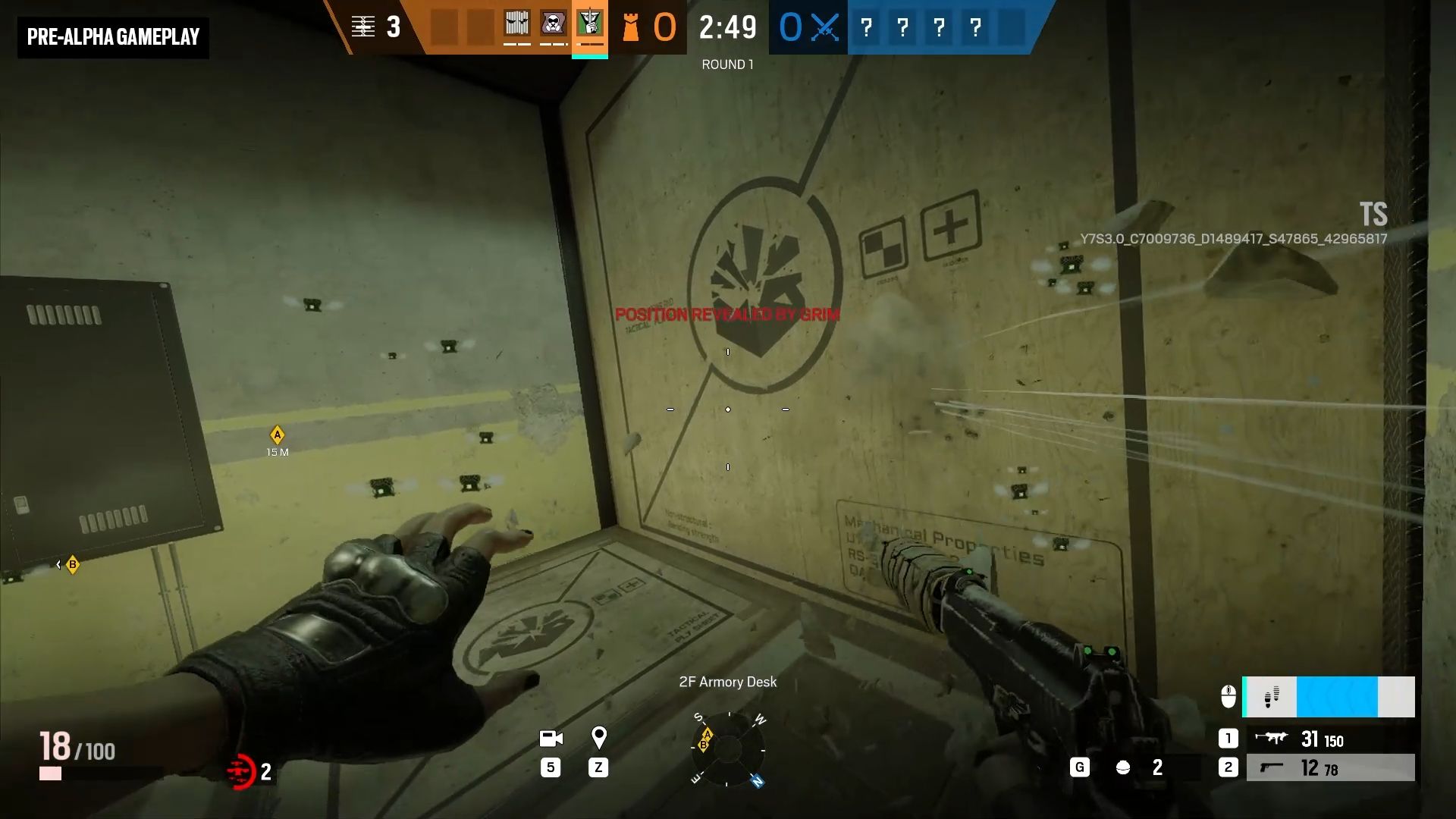 A couple of gameplay system features are also getting some work done this upcoming season. Weapon recoil has been reformed to make it more meaningful, both for console and PC. Vertical recoil has been reviewed and adjusted to match a weapon’s expected power level and it’ll become harder to maintain accuracy with sustained fire bursts — the longer you hold the trigger, the stronger the recoil will be. Limits on weapons that already have strong recoil have largely stayed the same, but for those who like to lay down a constant barrage of cover fire with an LMG or other weapons with a higher capacity magazine will now have a 4th stage of recoil that will be harder to control. Players will have to adjust with shorter bursts of fire if they want to be more effective. Recoil on console will now also be adjusted separately from PC. It used to be adjusted based on PC values and then modified for console, but now the needs for console play will be approached differently, resulting in more accurate adjustments for the console experience.

A new reputation penalty is being added for those who chose to be excessively toxic and disrespectful to other players in text chat. Last season penalties were introduced for abusive friendly fire and this season will introduce penalties for abusive text chat to prevent hateful and abusive messages. Anyone found to be in violation of this new system will be muted in text chat for 30 matches, making it so their messages won’t be seen by other players unless those players choose to ‘unmute’ them. This feature won’t go live right away and once active there will be a short grace period for players to adjust to the new system. You’ll also now be able to report cheaters when watching match replays. If you weren’t able to do it while in the match, you can go back to the replay and pull up the roster for that match to report them.

Like I said, there is a lot going on this season. I can honestly say that I haven’t been this excited for a new season in a while. Although there are some things that make me tilt my head, there’s so much more that I am genuinely excited for and I can’t wait for this season to drop next month. Keep your eyes peeled for more Rainbow Six Siege info in the future and maybe even some gameplay on the Gaming Trend YouTube channel.