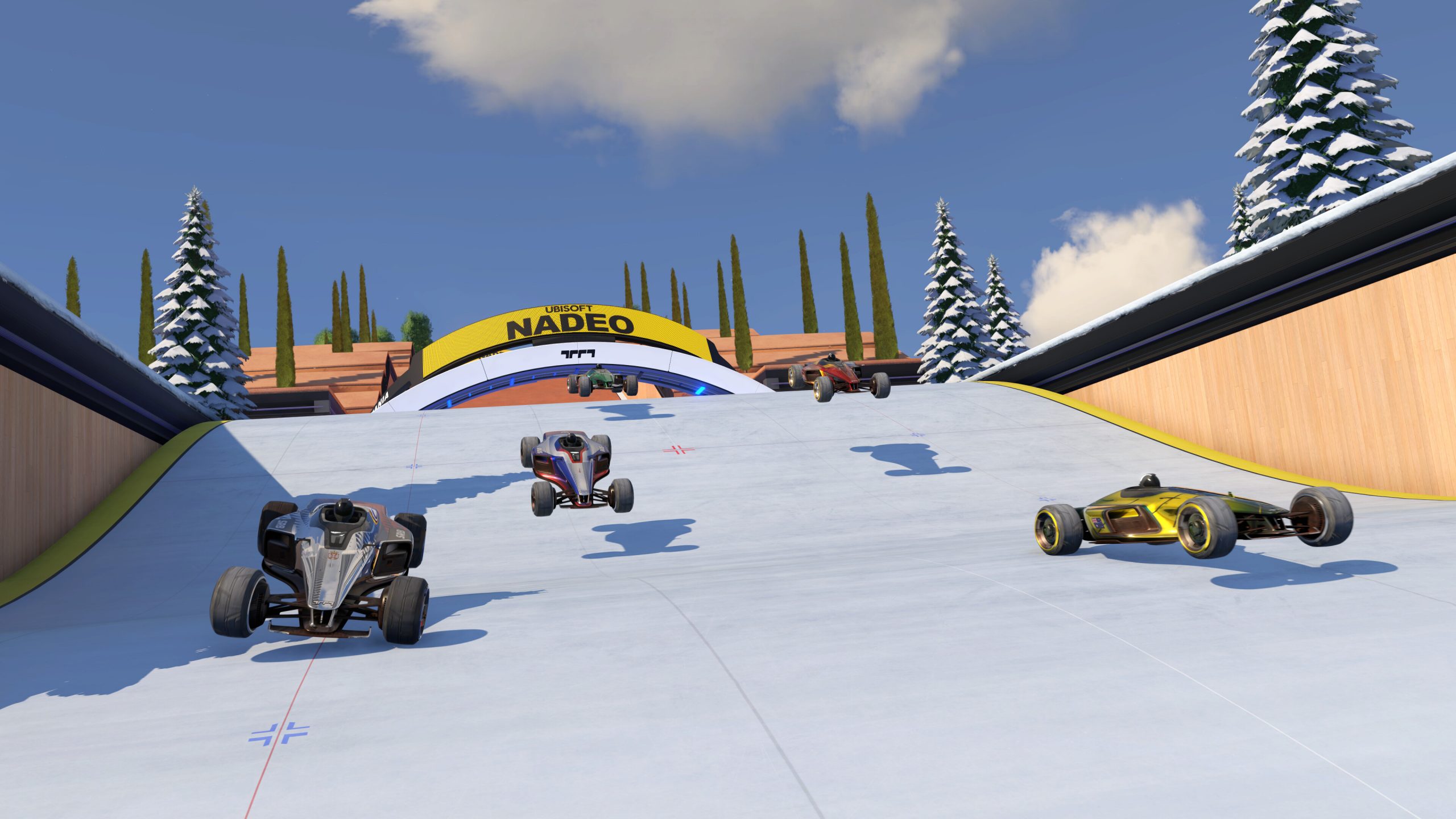 The fast-paced excitement of racing has not only influenced events like NASCAR, but it’s also spawned a whole slew of video games such as Forza, Mario Kart, Need for Speed, Crash Team Racing, and much more. Trackmania is another example that had its debut back in 2003, with its newest installment coming out July 1st. Normally racing games follow the traditional format of once you’ve bought them, you have access to everything the game has to offer. From my time with this preview build of Trackmania, along with some additional information provided by the developers, it seems as if they’re taking more of a “games as a service” approach. That doesn’t hurt the game, especially since you can get the base features for free, but it may be surprising for some.

In the build, I had access to what you’d essentially get in the free starter version of the game. I could play the 20 campaign races (although I’ve been told there should be 25, but it may be because this is a preview build), play local multiplayer, and even create my own racetrack, although the tools I had were limited. Given the situation the world is in, I couldn’t really test out the split-screen aspect of the game. That left me with the campaign and track creator. The cool thing about the campaign tracks is that those aren’t the only tracks you’ll ever see in the campaign. Trackmania will have the campaign tracks renew every three months in order to fit a seasonal theme. In other words, you’ll have summer, spring, fall, and winter campaigns. This build provided the summer 2020 campaign, and they offered a nice variety of tracks, even showing off some interesting mechanics that I’ll mention later. 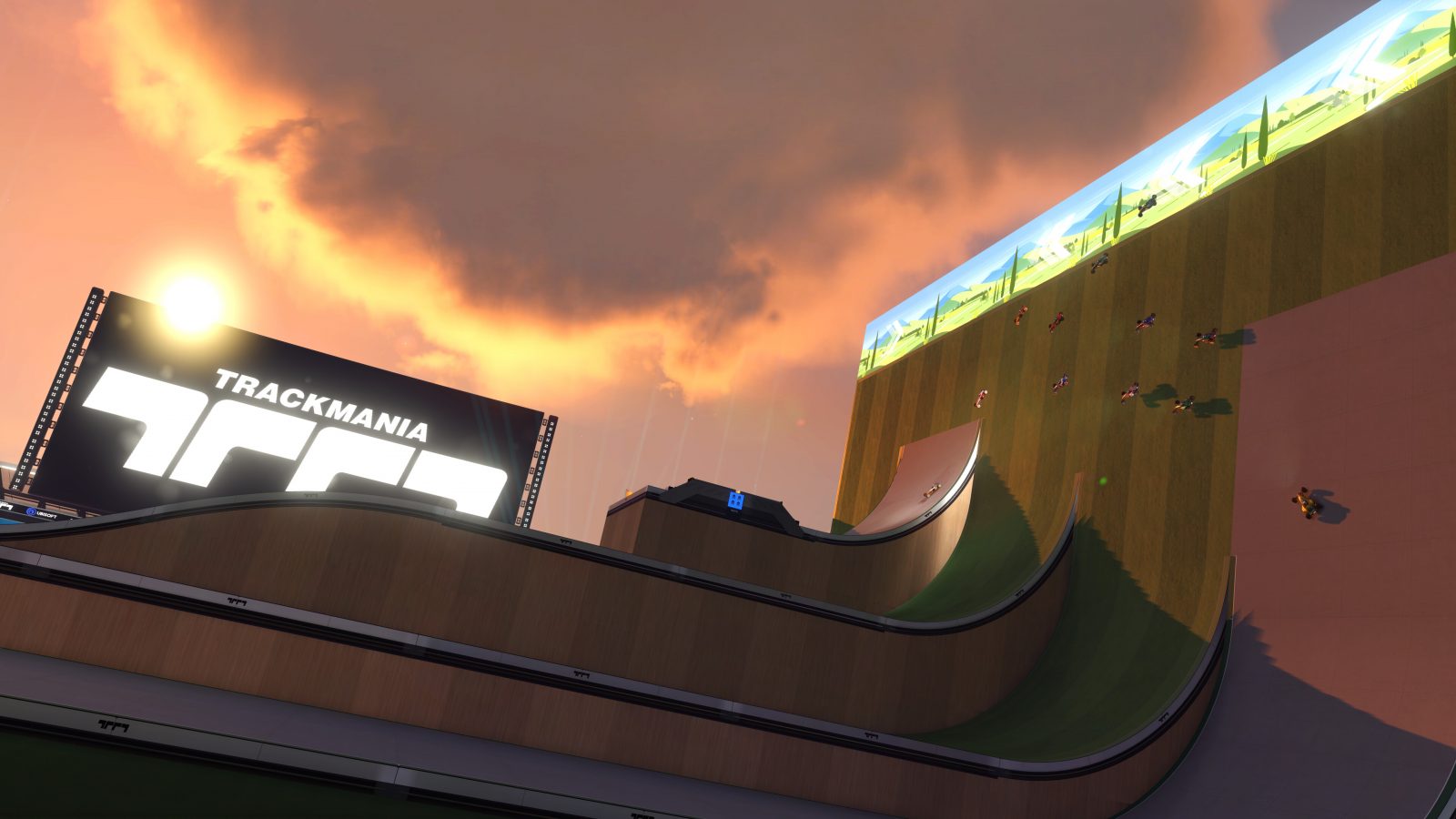 Once the game is officially released and online multiplayer is an option, the campaign tracks should hopefully get more use out of them. As is, they only serve as time trials where you race through them as quickly as possible in order to earn bronze, silver, or gold medals. Don’t get me wrong, I like time trials as a way to test your driving skills, but I prefer actually competing against other people directly in racing games. It makes every choice you make much more important since it could mean the difference between being first or even just barely beating out another racer. I’m not knocking the game for that, I’m just mentioning that the multiplayer aspect is what will need to drive this game forward. Completing the tracks solo only took around an hour or so, but then again, Trackmania’s goal is to be a community game that grows as more people join in.

Before I go into the track editor, let’s quickly talk about the actual gameplay. The controls are very simple: use WASD or the arrow keys to accelerate, brake, and turn. That’s it, nice and simple. The controls respond very well and I didn’t have any issues with input delay or finicky movements. Your car can and will travel very quickly, so you’ll need to be prepared for that. Gunning it isn’t always the key to victory; there are plenty of twists and turns that can trip you up if you’re all about speed. You’ll need to carefully watch ahead and determine when you need to slow down in order to make a turn without crashing, or how much speed you’ll need to jump a ramp and land without any problems. Don’t worry though, you’ll pick up your speed again very quickly and get to live out your speed demon dreams. Oh, and if you flip over or fly outside of the track, you can reset with the press of a button. You respawn immediately, which is incredibly refreshing. Not only that, but you respawn at the last checkpoint you hit, going the same speed that you were when you crossed it. It’s designed to keep you moving and not punish players in case they absolutely need a certain amount of speed after that checkpoint in order to progress.

As previously mentioned, the starter access only has limited tools to create tracks with, but I did my best. I could use four different track styles (standard road, racetrack, terracotta-like clay, and ice), and each style had around eight different pieces to choose from. I had starting lines, finish lines, checkpoints, straightaways, small turns, long turns, and a few ramps. The different styles of road can affect your driving ability, especially the ice. As you’d expect, you’ll slide around on the ice and have a hard time controlling your movements. Since there’s not much in terms of friction, you won’t be able to pick up any speed from accelerating either. Keep all of this in mind when designing tracks. If you opt for the standard access (more on that later), then you’ll have full access to the track editor’s tools, which I’m hoping means the ability to create some cool loops and more exciting tracks. 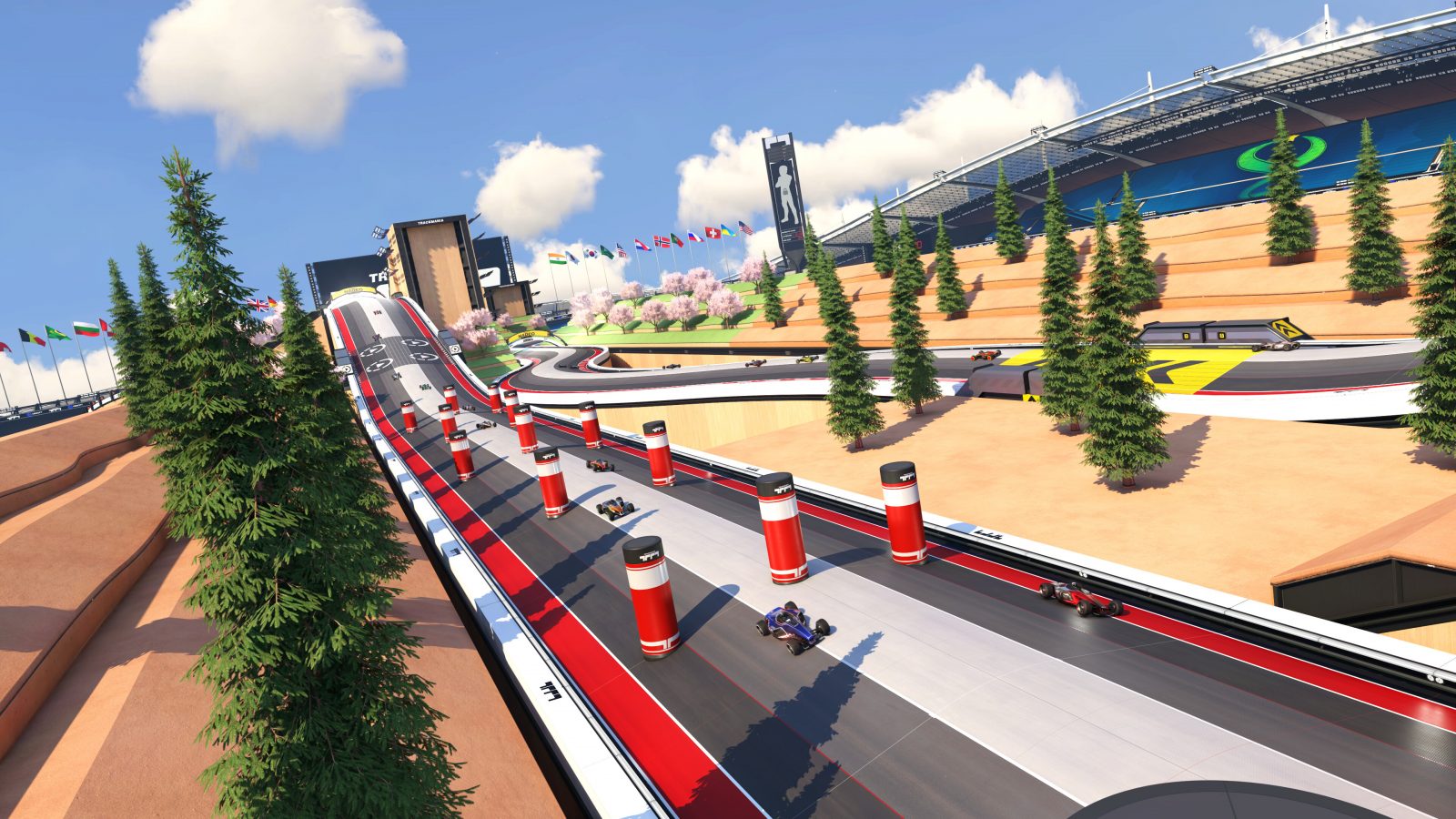 I stated before that there are a few versions of the game planned, so it’s time to go over them now. The Starter Access is free, and includes everything that I’ve mentioned so far, along with limited access to the replay editor, map review servers, and garage, where you can customize your car. The weekly Nations League will also be available for casual competitions. If you want to spend $9.99, you get Standard Access for a year. This is where the games as a service aspect comes in. Along with everything in the Starter Access tier, you get full access to the replay editor, track editor, map review servers, and garage. You can also test out the Track of the Day selection, and you get to keep all of the official campaign and Track of the Day tracks that are released while you have Standard Access. Lastly, you get the chance to participate in daily competitions. The last tier is Club Access, which includes everything we’ve already discussed, along with the ability to create and join clubs, access to skin customization, special campaigns, training tracks, competitions, and online rooms. Clubs allow you to organize events and share your creations within your group. The final, and biggest addition, is being able to participate in the Open Grand League, which is organized by Ubisoft Nadeo, and having the chance to qualify for the Trackmania Grand League. Club Access will cost $29.99 for a year, or $59.99 for three years. That three year deal saves you a full year’s cost, but make sure you’ll still be playing if you go for it.

Overall, Trackmania has the potential to be a fun little racing game, but it’ll need a community working to support it in order to be great. On your own, it won’t keep your attention for long, but having other players to race against, and plenty of tracks popping up to try out, will definitely keep the ball rolling. We’ve already seen what players can do when given the tools to create with games like Mario Maker, Super Smash Bros. Ultimate, etc., so hopefully they’ll work their magic here as well. When it comes out, you can always try out the base features for free and see if you like it before spending anything. Trackmania comes out on July 1st on Uplay and the Epic Games Store, so keep your eyes peeled for those fast-paced cars!