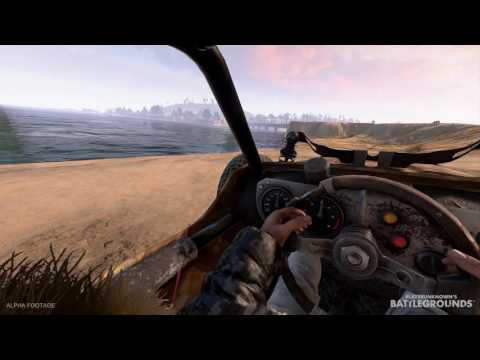 PLAYERUNKNOWN created a popular extreme survival mod for Arma III and H1Z1 called Battle Royale, inspired by the movie of the same name. Simply put, it’s a winner-take-all fight to the death. However, PLAYERUNKNOWN has set his sights on something else; he wants to create a new and improved standalone game based on the same concept, but this time from the ground up and powered by the stout Unreal 4 Engine.

During PAX West 2016 I got to sit down with the man himself and his South Korean team from Bluehole, the studio that is helping create his vision. PLAYERUNKNOWN, or Brendan Greene, as he’s known in real life, is the creative director of PLAYERUNKNOWN’S BATTLEGROUNDS. For him and his team, this is a passion project, one that shows its charm through gameplay.

Using an open development process, Greene and his team want the community to be involved every step of the way. Greene told me he believes very strongly in the power of mods to enrich a game’s experience, to extend its appeal, and to foster a sense of passion and involvement amongst its player base. Bluehole hopes to provide a foundation for others to experiment and build upon, just as Greene did with his famous Battle Royale mod.

In keeping with the team’s open development philosophy, I was invited to participate in an alpha test over the weekend which was also streamed live on Twitch. The studio wants to build a 64 player survival game with great shooting mechanics, strategy, and the looks to go with it. After playing a few hours of the first alpha build, it seems they are well on their way to doing just that. If you were, or still are, a fan of the Battle Royale mod, this a game you should be watching closely.

Check out footage of the first alpha build below, and be sure to check out Gaming Trend for further developments.