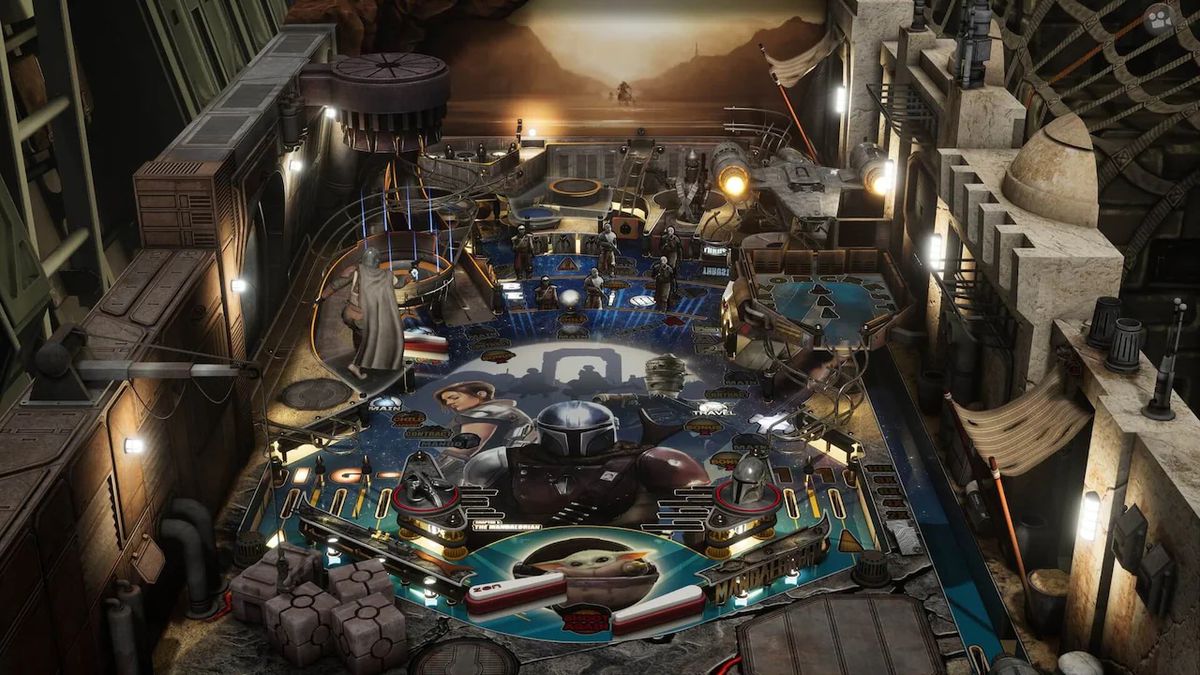 Budapest-native development house, Zen Studios, are deep into the pinball world, and they are exceedingly good at it. So much so that they’ve been doing it since 2007, bringing to life tables that feel like they could be a part of any awesome arcade, as well as fantastical tables that could only exist in our imagination. Now they’ve gone back to where it all began, releasing a game entitled Pinball FX. A nod to their very first pinball title, it contains a mix of classic tables, fresh entries into ongoing fan favorites, and room to grow far into the future. We’ve dropped some virtual quarters into the Early Access version of this newest entry to find out if it’s free play or tilt. Let’s play some pinball.

Before we can sling some steel, we need to pick up a table or two. On first brush the ticket system used to purchase tables in Pinball FX might be a bit unclear. Thankfully, it’s simpler than it seems. Each week you’ll gain access to a rotation of tables, not unlike a hero rotation for popular MOBA titles. If you like the table, you can spend your tickets to keep that table, often at a discount during that week. It’s a try-before-you-buy system that will let you sample out a table’s mechanics without commitment. Tickets are purchased as a pack. The comparison to a mobile game would be somewhat unkind, but also accurate — you’ll exchange this secondary currency for the tables. If you were to purchase the current lineup it would cost you right around $99, but not all of them might be to your liking. That’s where the Pinball Pass system comes in. 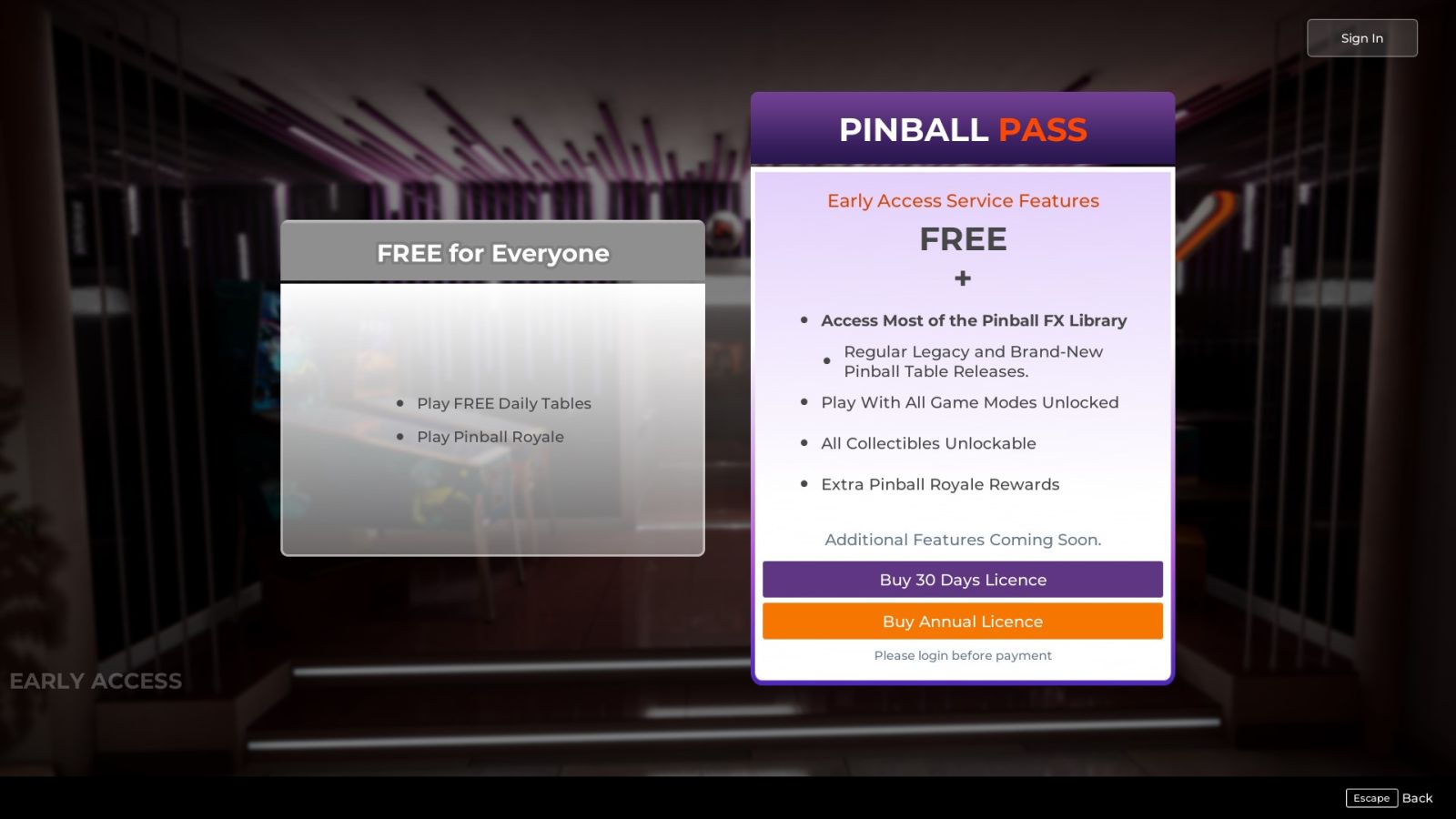 This Pinball Pass will give you access to nearly the entire library of tables, as well as all play modes unlocked, all collectibles available, and yet-to-be-named “Pinball Royale Rewards”. This mode wasn’t ready for prime time at the time of writing, so I can’t speak to what it is, how much it costs, how fast tables rotate in and out, or what benefits you’ll receive, but it seems like it has the potential to be another low-cost alternative to picking up tables you’ve not tried out yet for a (hopefully) low monthly cost.

As the game launches into Early Access there are a whopping 38 tables. If you’ve kept up with the Pinball FX titles from 2007 to present you’ll recognize some classic tables like Rome, Sky Pirates, Pinball Noir, Secrets of the Deep, and Son of Zeus. These give way to classic licensed Williams Pinball tables like Indiana Jones the Pinball Adventure, Creature from the Black Lagoon, Monster Bash, and Getaway. The awesome table list doesn’t stop there, with nine Star Wars tables spanning the entire IP, including the stellar Clone Wars series. Rounding things out are six tables from Universal Studios, giving us Jaws, Back to the Future, E.T. The Extra-Terrestrial, and three tables covering the Jurassic Park and Jurassic World properties. Put simply, this is an impossibly good lineup of tables, and each one is a wealth of puzzles, surprises, and cool gameplay mechanics beyond simply bashing steel with rubber flippers.

Truth be told, there is only one table I didn’t enjoy, and sadly it’s from a property near and dear to my heart – Indiana Jones: The Pinball Adventure. It’s set up like a classic table from the 40s or 50s, but the yellow on yellow on yellow color scheme can make it challenging to track the ball. Additionally, the table values are so grossly inflated that they start to lose value. One bumper hit can earn you a billion points, after all. It’s hardly insurmountable, but I found myself playing that table less than the others as a result.

Each table has four game modes — classic, arcade, hotseat, and practice. Classic is what the name suggests, giving the player access to the table without any power-ups or modifiers — the classic experience. Arcade Switches things up, adding an active power and two passive powers to mix things up. By way of example, this could be a power to slow the ball down for 50 seconds, or an active score booster. The passives have boosts to ball save, multiball, and more. It’s likely that these will expand while the game is in early access. Hotseat is the “I’ve got next” of Pinball FX, allowing up to four players to play on the same table with the classic rules. Practice just lets you play for an entire hour with unlimited ball save to really learn the ins and outs of a table. 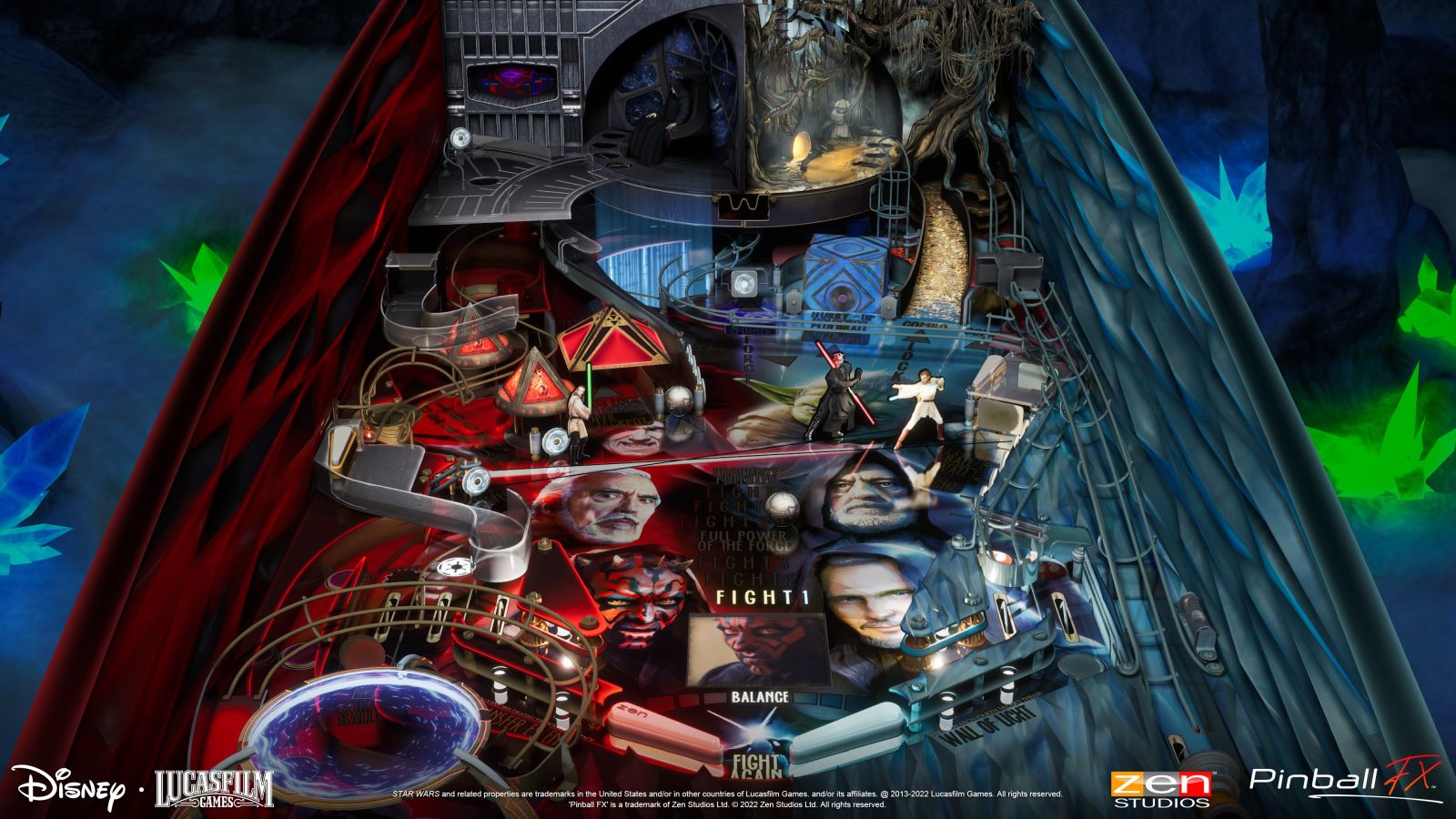 In addition to the game modes, there are four challenges at the time of writing for each table. Distance is a score attack, but with unlimited ball save, but a limit on travel distance. Time is a single player timed challenge, again for highest score, and again with unlimited ball save. Flips challenges the player through conservation — you have a limited number of flipper swings before you hit the game over screen. 1 Ball is…well, I think you can figure that out. These challenges can provide new ways to play the game, which is great for breaking things up while you try to master a table.

So what can we expect from Pinball FX in the future? Well, there are over 90 tables that the Zen Studios team has released over the years, so there are plenty more awesome tables with themes like Nikola Tesla, Blade, Iron Man, Deadpool, Aliens, and more just waiting to be added. These tables had previously been scattered around various platforms including Xbox 360, mobile platforms, Nintendo Switch, PlayStation 4, and more. Now they’ll have a permanent home that can grow into the ultimate pinball station. If you are the home arcade type, this could also be used to create amazing home pinball machines with variety to spare. 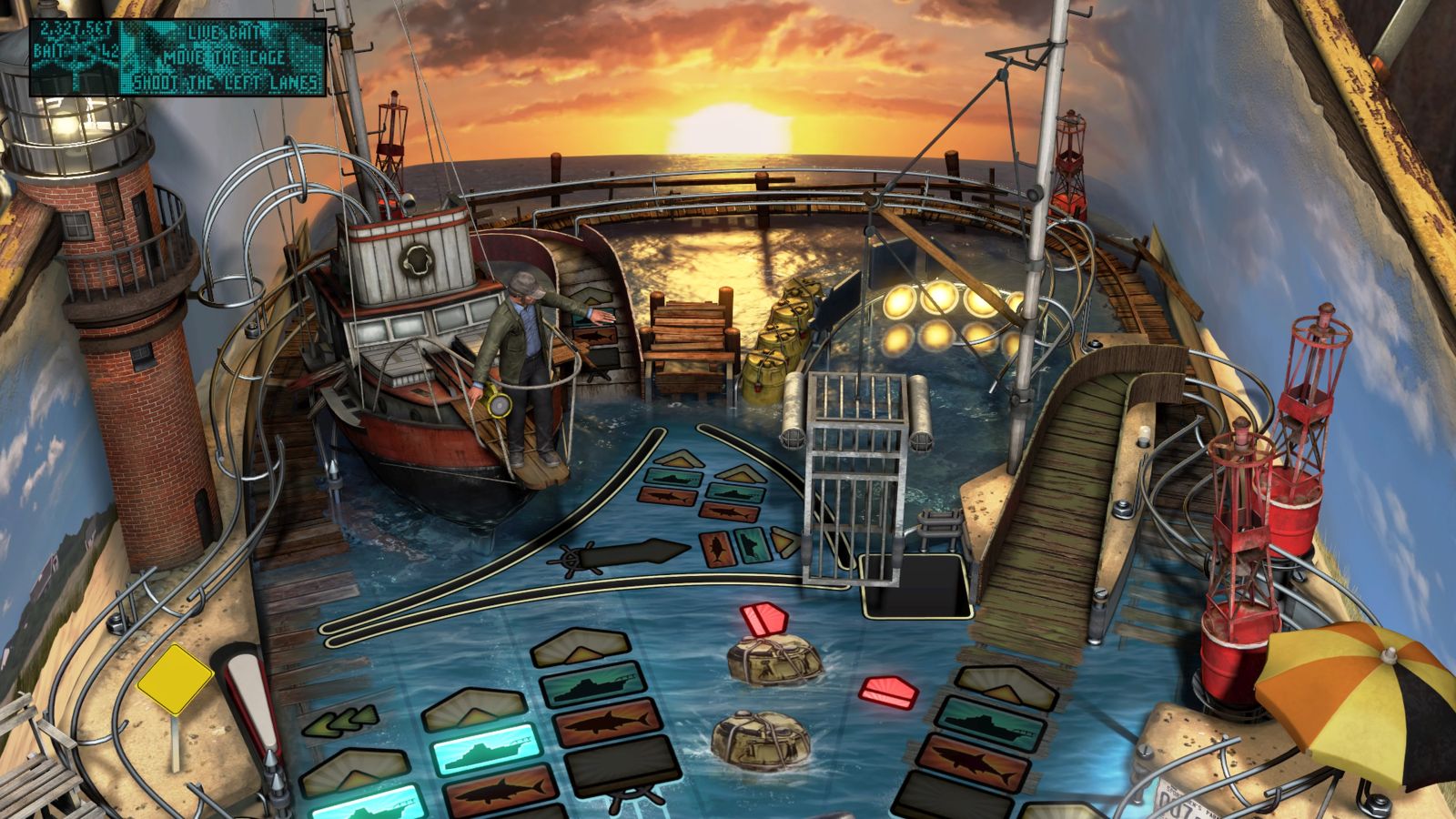 If I have a favorite table, it’s Jaws. For all of the flair and nostalgia that a table like Star Wars brings, Jaws has a whole lot of hidden fun lurking just beneath the surface. The table actually looks pretty wide open, but the more you poke at the barrels, the more Quint will wander around the table, poking at Bruce in response. Eventually the table even starts to rock back and forth, completely changing the physics of the entire table. There’s more to discover with this table, as well as all of the others, and that’s what keeps me coming back to Pinball FX over and over.

With this first brush with what amounts to a grand re-launch of the Pinball FX franchise, the Zen Studios team has built a platform to contain all of their incredible work. Arguably, it appears to be yet another opportunity to buy tables, but I’ve got good news — this is the last time.   By purchasing through Zen directly, and not tying your shiny new table entitlement to a particular console or platform, the Zen team is enabling your entitlement to ALL platforms.  This means you can play World War Z Pinball on a mobile device, the Epic Launcher, or any other platform where Pinball FX might appear.  Even though it’s going to be a tough pill to swallow to have to re-buy those tables, having them all in one place, and knowing that I’ll see that same table appear when I fire up another platform just feels like coming home.

You can pick up Pinball FX on the Epic Store via Early Access.