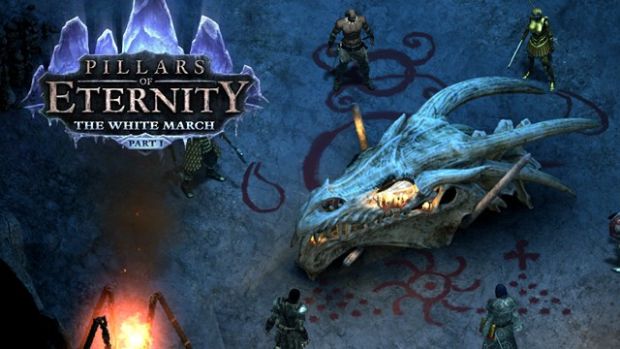 The team at Obsidian are Grandmaster storytellers. Fallout 3 was a hit, but it’s Fallout: New Vegas that is regarded as the better installment. It was no surprise that their spiritual successor to the Baldur’s Gate universe, Pillars of Eternity, would be an excellent RPG. You can see from our review that we loved it despite more than a few bugs. Well, the team has been hard at work ironing out the hiccups in the system, and the game is so much better as a result. They’ve also been hard at work at the title’s first expansion.

A beautiful oasis amidst the cold

Entitled “The White March Part 1”, the team is focusing hard on bringing not just some much-requested new features, but entirely new mechanics and a few surprises to boot. I sat down with the team at Obsidian for a brief look at some of those features.

Unlocking roughly a third of the way into the main game (or if you’ve progressed further than that, the game will optionally scale the content to your level), the heroes have been called to the mountains of Durgan’s Battery. This besieged snow-covered mountain will showcase an all new environment, as well as a good jump in difficulty level. To help, the heroes of Caed Nua have had their level caps expanded from 12 to 14, including all of the requisite skills and spells that come with them. They’ll also meet two new companions, the rogue and monk who can help or hinder your ascent.

Beyond the new story and setting, the team has provided a great deal of mechanical changes. These aren’t simply integration of mods like IEMod’s changes, but engine-level adjustments including stealth for individual characters instead of the whole party, multiclass talent system which allows basic ability traits from other classes (e.g. rogue with lesser barbarian rage, a fighter with the recovery skill, or even a chanter with the ability to summon skeletons), and much more.

The biggest change comes courtesy of a new scripting system. You can now set AI behaviors for your team, allowing you to focus on your main character instead of managing each of your party. This, coupled with the improved stealth system, immediately seems more like the tactical experience we’d hoped for.

Collecting weapons and loot are obviously the risk/reward for any RPG, but it’s the rare gear that keeps us searching for secrets. In The White March, we’ll now encounter Soulbound items — rare and powerful gear that is locked to a specific class, altering their character stats dramatically. If you find a Soulbound staff and your Sorcerer equips it, it isn’t locked to the character, but is actually usable by any Sorcerer instead.

The team didn’t give us an extended demo of their new expansion, but they did show us a few more conversation options, unexpected alliances, and wanted us to pass on that backers of the Kickstarter campaign will receive the first and second expansion for their contribution. If you’ve not picked up Pillars of Eternity, and you are a fan of the classic Infinity Engine classic of yore, you should snap it up immediately. You’ve got a lot of catching up to do.

This was once alive. Pray you don’t meet that variety…

Pillars of Eternity: The White March is set for release “soon”. Stay tuned for our continued coverage.