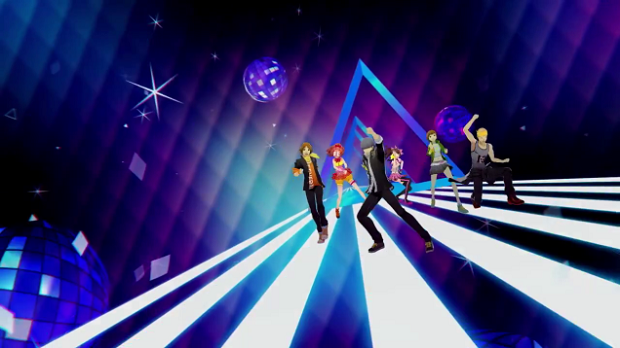 I expected Persona 4: Dancing All Night to be a lot of things, but the haphazard and random rhythm game I felt like I was playing at E3 this year wasn’t one of them.

Atlus has taken the excellent soundtrack of Persona 4 proper and based an entire game around it, bringing to life a rhythm game that has the cast of the JRPG dancing to remixes of songs they previously fought monsters to.
As ridiculous as that sounds, Dancing All Night is an endearing concept, but will likely only appeal to the most avid fans of Atlus’ JRPG series. What I played of Dancing All Night felt like it was missing the core aspect of what makes a rhythm game enjoyable, in that it what I was doing felt like it was almost entirely separate from the music it’s supposed to correlate with.

In Dancing All Night, players use the outer three buttons on the Vita’s D-pad and face buttons to line up button presses with notes on a track. What I found was, no matter what difficulty I was on, what beats I was hitting on the track didn’t seem to match up with any specific part of the music it was set to. At some points it was with vocals, other times it seemed to line up with percussion, or it was sometimes altogether unaligned with the music that it was meant to be synced up to. This became more apparent when patterns seemed to be forming a groove only for me to find myself somehow off-beat when there had been no change in the music’s composition.

Even as someone who adores Persona for its deep thematic storytelling and rich turn-based combat, I’m not opposed to Atlus churning out a goofy spin-off that is full of fanservice and wonderful music, but what I’ve played of Dancing All Night feels arbitrary and lacking in any sort of consistent rhythm or reason.

Dancing All Night has an incredibly fun and quirky premise from an otherwise dark and thematically heavy source material, and there’s certainly a lot of great music to hear too, but I hope that when the game comes to Vita later this year it will be more clear as to what rhythm I’m supposed to be keeping up with, because Dancing All Night feels less like a musical game than it does a straight up button masher in its current state.