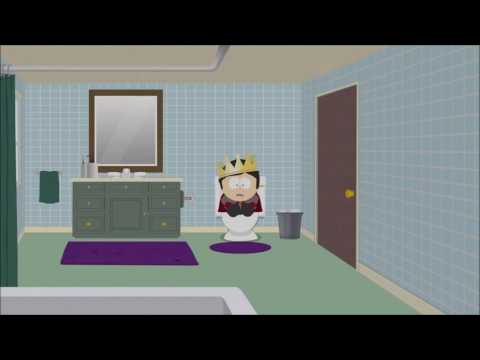 South Park excels at making fun of things. People, ideas, companies, religions, it doesn’t matter, everything and everyone is fair game to the trash talking 4th graders of rural Colorado. The new South Park game is a superhero-based RPG poking fun at superheroes and RPGs. But the series has never shied away from being rude, crude, or lewd either. I knew the game was going to be good when I read that the creators wanted to call it “The Butthole of Time.” I’m not kidding. If you hadn’t already heard, that’s what Trey Parker and Matt Stone originally wanted to name South Park: The Fractured But Whole. In true South Park style, the amended title is as much about giving the middle finger to whomever tried to censor them as it is about just being funny.

South Park: The Stick of Truth was a tour-de-force in the IP’s famous brand of humor, but it also came with surprisingly fun gameplay. With these expectations in mind, I sat down to begin my hands-on with the pre-alpha build of South Park: The Fractured But Whole.

Within mere minutes of beginning, I was on the toilet pooping. However, this wasn’t the simple button-mashing poop mechanic of yesteryear. No, I was assured that my character’s toilet technique was far more comprehensive this time around (what a relief, I’d been worried about that). I was heartily encouraged to really play with the pitch and intensity of my virtual bowel movement using the thumb sticks so that I could experience all that the new system has to offer. Had the Toilet Safety Administration been watching, I surely would’ve been fined for lack of safety restraints. While I cherished the new and improved digital dump experience, it was time to move on.

After leaving the porcelain throne, I went to Cartman’s (whose alter ego is Coon) bedroom in search of the code to unlock his basement, which doubles as the Coon and Friends lair. After a bit of rummaging, I found the code hidden in his journal, tucked in between pages of scribbles and crayon illustrated sex scenes and various other delights.

In The Fractured But Whole, you’re supposed to be the same kid as in The Stick of Truth. You’re new in town and Cartman, ever the abrasive and insulting ringleader, has decided that you still suck, despite everything you proved in The Stick of Truth. This is because the kids have now moved on to playing superheroes instead of LARPing.

I made my way downstairs, where Cartman promptly greeted me as a nobody again. After picking my desired class and joining the ranks of Coon and Friends, complete with Cartman’s own fabricated backstory (which brilliantly doubles as a combat tutorial), I made my way to the streets. It was there that myself, Human Kite, and Super Craig took on the splinter group Freedom Pals in a civil war that may or may not have directly lampooned the recent Marvel movie of a similar name.

South Park: The Fractured But Whole had me in stitches almost instantly. Its special brand of humor is infectious, morphing expertly between deliberately crude, but wildly hilarious bathroom and genital jokes, and smart, pointed satire and parody. In a feat that few, if any, others can match, this title looks to have the RPG gameplay elements to provide an enjoyable foundation upon which that same humor can be easily and successfully showcased.