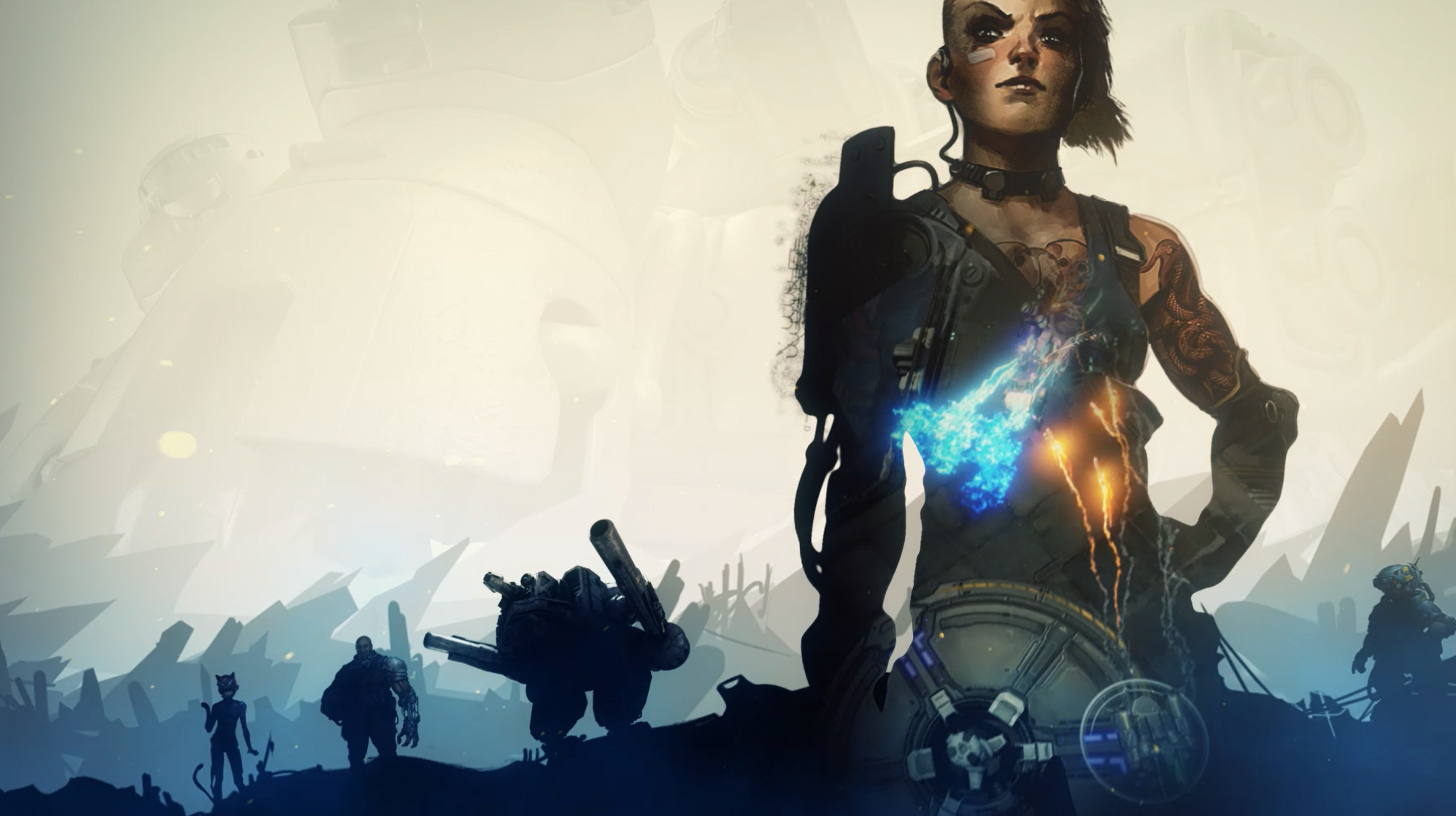 Piloting mechanized rigs to fight against hordes of bug-like aliens is nothing new in the realm of real-time strategy, but combine the tactics of controlling a squad its individual units with the chaotic nature of ability-focused small team skirmishes, and you’ve got an interesting recipe for an intense and fast-paced twist on the RTS genre. Sparkpants Studios hopes that by combining various elements from both the RTS and MOBA genres they can create something that players have not seen before. In Drop Zone, you are a squad commander leading a group of three pilots, of varying classes, that control various mechanized rigs. Essential mainstays such as tank, healer, gunner, and support classes are available, as well as some other, more specialized, classes that we did not get hands-on time with in our demo.

Your squad can be made up of any combination of classes you like. If you want to emphasize fire power and constantly be on the attack, you can make a team of strictly gunner rigs. If you want to create a team of just healers, you can do that. I’m not sure how effective it would be to constantly heal while never attacking, but you can do it. The freedom for players to make their own combination decisions will allow for an indeterminable amount of gameplay outcomes.

Before you go into a match, your pilots and their rigs can be equipped with gear from a wide selection that grows the more you play. And once in the match, killing Kavash (Drop Zone’s invading alien race) and your opponent’s pilots will gain you experience that will increase your level and unlock new abilities to use in combat. The combat sequences play out a lot like MOBA skirmishes, with each pilot ideally using their abilities at key moments to catch their opponents off guard and use buffers to support their fellow pilots. Chaining and combining buffs and abilities is paramount to achieving successful encounters.

Despite some of its MOBA-like qualities during the more combat-oriented moments, Drop Zone is anything but. There are no lanes to guard or push, no towers to destroy, no creeps or shops to buy items in game. There is no enemy base to take. So how do you win? Sparkypants has implemented a 15-minute timer, and when that timer expires, the side with the most points is the victor.

Gaining points can happen a few ways. You can get First Blood, capture Vision Towers, kill Kavash, and/or score a Core. In the map we played, there are four Vision Towers spread throughout the map. Each offers an area of sight to the team that currently has control over it. If your squad can manage to hold all four towers simultaneously, you will be awarded 1 point. Once you capture a tower, it’s yours until the other team claims it. Holding all towers is easier said than done though, as the opposing team may be trying to do the same thing, or if you split your squad up to capture multiple towers at once, you leave yourself vulnerable to attack if they encounter one of your pilots alone.

Another way to score is by killing off Kavash. Each hive consists of a larger Kavash and a swarm of smaller ones. Killing 60 units, 9 Alphas, or 3 Bosses will gain you 1 point. In the early game, Killing them off is easy enough, but you’ve still got to have your wits about you because the enemy can use that moment to strike while you’re distracted and out of position. As you destroy each hive, the Kavash level up and get stronger and tougher to defeat. In my match, our late game was focused more on team skirmishes, so I did not get to see the extent of the Kavash’s capabilities, but I can imagine that the higher the level the more tact they may require to defeat.

Each hive you destroy will award you a Core. A rig can pick it up and bring it to the central Uplink to score it. One team can hold multiple Cores at once and score them simultaneously, but your opponent will rarely let that be the case. While scoring a Core, the unit in possession can still use all of their abilities, but they cannot move or risk they restarting the scoring process. This puts the scoring team at a positional disadvantage if the other team decides to push forward and attack. Each Core scored gives your team 1 point.

With all the different scoring possibilities, matches can unfold in a number of ways and make each game feel unique. Sometimes a match plays out where you find yourself constantly under fire, where you and your opponent always seem to manage crossing eachother’s’ paths. Or you can avoid each other almost entirely and gain points in different ways and at different times. This unique scoring method is the most fundamental break from older RTS conventions.

Sparkypants made it clear that they are fans of old-school RTS games that emphasize on tactical squad/unit control, but recognize that the gaming scene has changed and players want to get into and out of the action faster. That is why the have gotten rid of the initial mining phase that most RTS games are beholden to. Their view is that the first 5 to 10 minutes of those games generally play out in the same way, but by adding a time limit and removing traditional mining mechanics, players are forced to get into the action immediately, and must keep the pace up in order to stay ahead and win.

The changes seen in Drop Zone mixes up the RTS and MOBA genres creates a hybrid game style that feels fast, fresh and exciting. My time with Drop Zone was tense and a lot of fun, and despite it being my first match I felt like I could get a handle on the mechanics pretty quickly (even without a developer coaching me through it). My match spanned the nearly the entire map and I was constantly moving around with something to do, and even though I lost my match by a simple misclick, I had a blast. I’m looking forward to diving back into Drop Zone when it releases later this year, so that I can exact my revenge on former GT editor Matt Welsh.