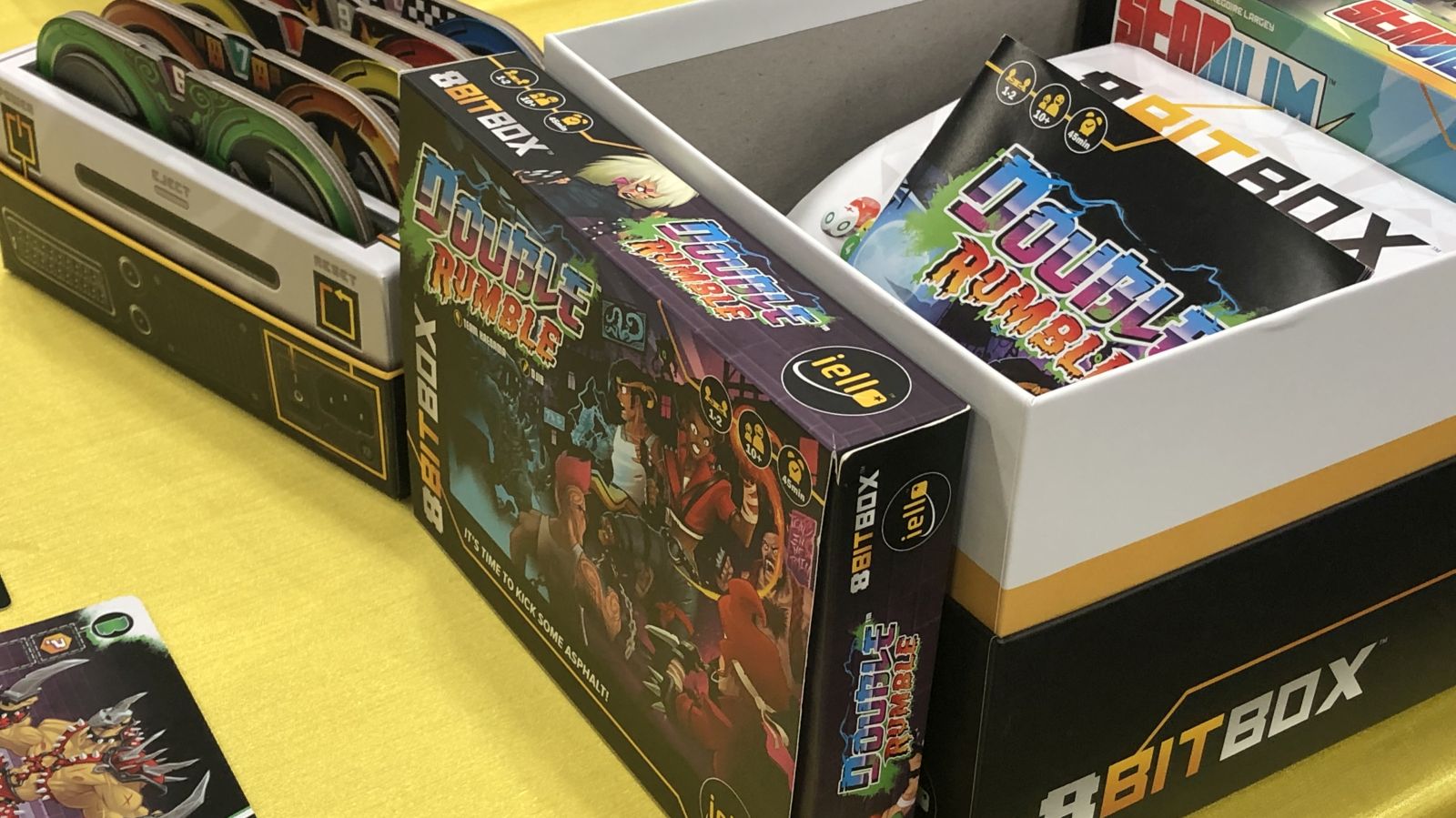 Iello tried to hit on the current retro gaming craze by coming out with the 8Bit Box. Inside the game box were a few “cartridges” with game pieces and instructions, as well as “controllers” that are used to plan the actions for the games. Now Iello is adding to the 8Bit Box with their next expansion cartridge, Double Rumble.

Double Rumble plays solo or two players, with each player controlling a fighter. Enemies get drawn from a deck where they get placed alongside the player battle board. The color of the card determines if the enemy gets placed to the left or right of the player board. The game board has two planes, emulating moving up and down the fight area.

During the game weapons will become available, causing you to deal more damage to the enemies. However, you will need to set up your controller to use the weapon. You may need this though, because you need to get through several levels of the low level enemies to reach the boss at the end. 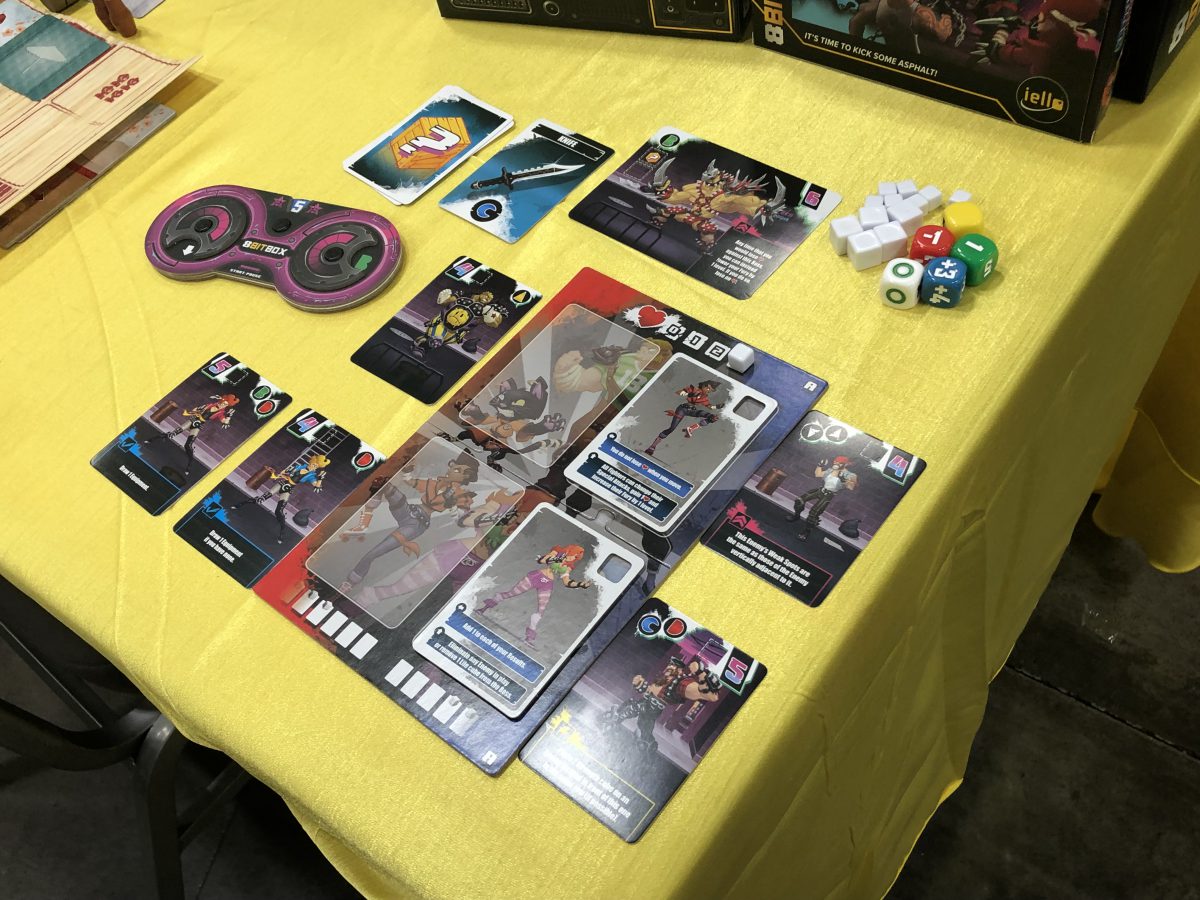 Combat gets resolved through dice rolls. The dice all have custom sides, and different dice get rolled depending on the equipment the player has and the special abilities of the enemies. Once these are rolled you get a result. If that result is higher than the strength of the enemy, the enemy disappears.

If your character dies, you can take an unused character and continue on from this point. However, you only have a certain number of quarters to continue. Trying to get through the levels will be a challenge, so you will be playing it for a while.

It’s good to see that Iello is supporting the 8Bit Box, and Double Rumble does bring back flashbacks of Final Fight, Double Dragon, and Streets of Rage. It’s expected to come out sometime this fall.