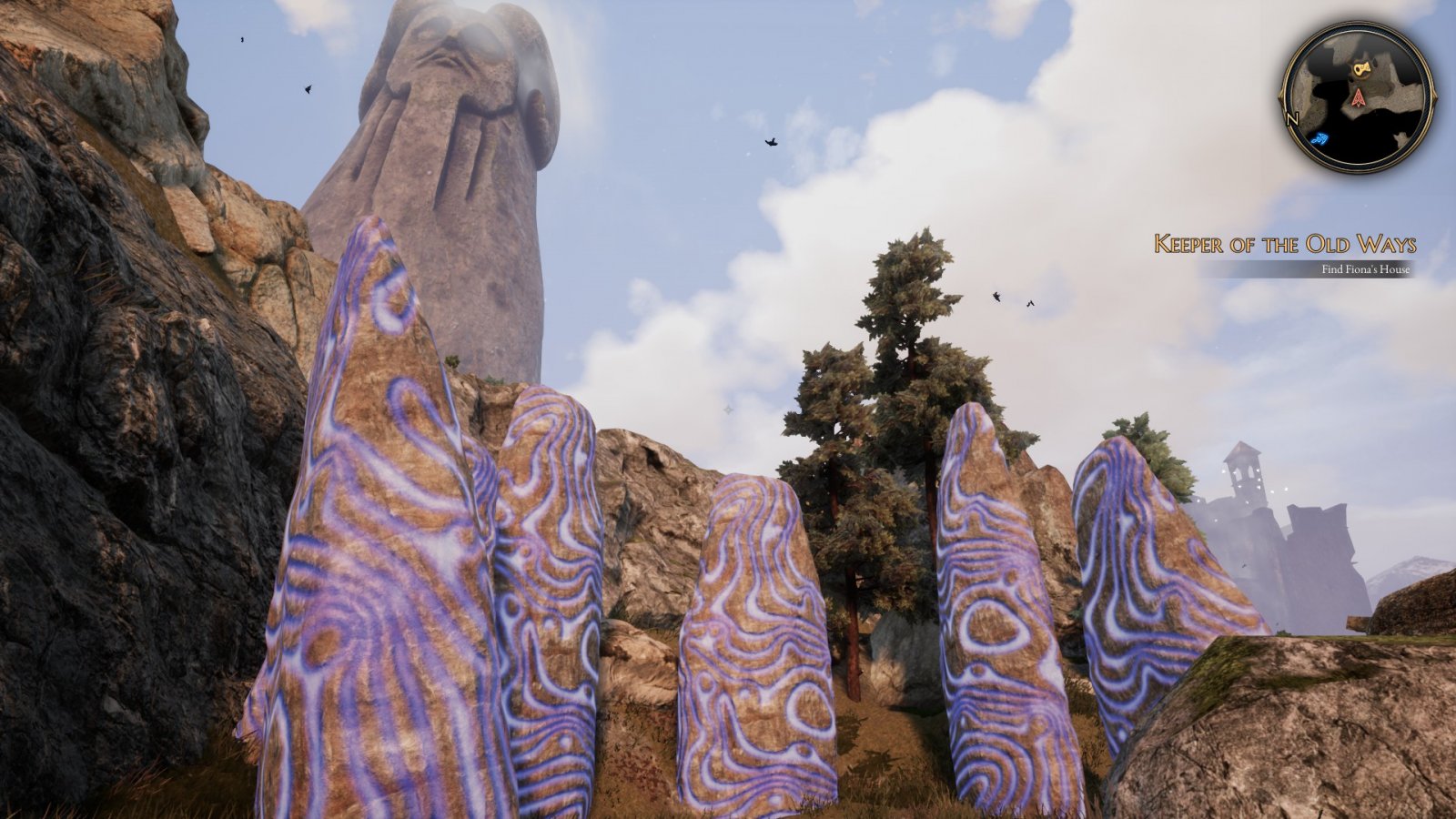 Starting the Bard’s Tale IV: Barrows Deep feels in many ways like opening a time capsule. Right from the title screen, the game is full of references and homages to previous entries in the decades-old series. Its combat and puzzles both harken back to an older age of PC dungeon crawlers. While there’s a fair amount of tutorialization in the game’s first hours, it doesn’t hold your hand quite as much as modern RPGs do. But more than any single element that was carried over from an older style of game design, it’s the tone of the Bard’s Tale IV and the way it positions the player in the world that mark its lineage.

Unlike so many modern RPGs, the Bard’s Tale IV doesn’t set out to make you feel like a hero sent to liberate the masses. It may start with an old man telling you that you’re fated for great things (a fantasy trope as old as the genre), but the game’s early hours go out of their way to show you how far you are from them. Rather than being the World’s Only Hope, you’re just one member of the ragtag Adventurer’s Guild, a group of mercenaries working dangerous jobs for spare coin. Even that is taken from you in the game’s opening sequence, as your local guildhall is burned to the ground by fanatical Paladins. This early in the game, and at least for the first few hours, most Paladins are nigh untouchable. You may find a few low-level stragglers here and there, but for the most part, engaging them in combat is asking for certain death.

Fortunately, the game marks enemies with increasingly intimidating skull icons to indicate their relative danger, but all but the lowliest opponents can still wipe the floor with your party if you’re not careful. Even in minimally challenging encounters, I still found myself using every special ability I could and changing tactics on the fly as the tide of battle flowed in and out of my favor.

Combat will look very familiar if you’ve played a similar dungeon crawler (probably mostly known these days because of games like Legend of Grimrock). It takes place on a 4×4 grid with your party on one side and your enemies on the other, sort of like a scaled down chessboard. Your point of view is just behind your party, and the grid doesn’t offer any obstacles or terrain to interact with. Your positioning on the grid just determines which enemies you can hit, and which can hit you.

In combat, each side takes its turn at one time, rather than turn order being broken up into individual characters. Each character can bring a maximum of four abilities learned by leveling up into battle, plus one or two more granted by equipment. Almost every action, from moving to attacking to using items, takes a certain number of opportunity points. You start with a paltry three, but you gain more as the game goes on. Some actions take spell points rather than opportunity points, and your characters gain spell points in different ways depending on their class. Practitioners gain spell points naturally each turn and can meditate to gain more; Bards gain them by drinking booze. Some pieces of equipment can also gain you a free action. Managing your economy of opportunity and spell points plays a huge role in combat, which is actually much more interesting than it sounds. If you plan well and bank your spell points, you can pull off some incredible combos that decide a hard-fought battle in a single turn. As the game goes on, your opponents also get much trickier, so choosing the right gear and abilities becomes crucial.

The low number of abilities that you can equip does feel like a huge hindrance, and I found myself wishing that there was a way to gain more slots. Especially since some enemies are near impossible to take out without certain abilities, I often felt like I was stuck bringing a loadout I didn’t really enjoy using just so I didn’t get into an unwinnable battle. Other than that quibble, the game’s combat has been excellent up to this point.

The Bard’s Tale IV isn’t always thrilling moment to moment, but I can’t stop daydreaming about it when I’m not playing. Making your way through Skara Brae, where the game opens, you’ll have plenty of time to figure out the nuances of combat and warm up your puzzle solving abilities. While both combat and puzzle solving are fun, the sheer amount of goblins to fight and blocks to push can make the game feel a bit bloated. I consistently felt that there was just one or two too many fights or puzzles in any given area. This can be a real drag in the game’s opening hours, as you navigate a subterranean city that twists and doubles back on itself in ways that don’t feel very natural, making it easy to get lost and have to rely completely on your map to get around. For a game that’s so much about figuring things out for yourself, I was really hoping that you would navigate by landmark and verbal directions, but instead you follow quest markers through a mostly linear path. Things get considerably better once you leave Skara Brae, but the city’s winding passages often made it difficult to find my way to the next objective.

At the beginning of Bard’s Tale IV, you’re on the run, and the constant danger you’re in feels real. That danger is established in an opening cutscene, with the same religious fanatics that torch your local pub hanging a group of “undesirables” (non-humans and adventurers) in a public square. The first few hours of quests are about finding out why the Paladins and their church have turned to violence and seeking out people who might help turn the tide.

Fitting for a game about wandering minstrels, The Bard’s Tale IV keeps things light even when the situation is dire. Though there’s plenty of comic relief from conversations with NPCs and between party members, the light tone comes through even in more mundane interactions. Even when the game isn’t outright joking, it’s clearly written by some very funny people.

I’d be remiss if I didn’t mention that the game hasn’t been without bugs so far. Some amusing (enemies’ weapons and armor freezing in midair after they die), some far less so (battles that don’t end when all enemies are slain, forcing a checkpoint reload). The developers have assured us that these bugs will be squashed before the game’s release on September 18th, something we’ll be sure to report on in our full review once we’re at the end of this lengthy tale.

At the eight hour mark, the Bard’s Tale IV feels like it’s just getting started. The party menu shows me two locked spots waiting to open (I can currently bring four adventurers at a time), my quest log is full of notes on places I’ve yet to visit, and the story has just started to make clear what my ultimate goals may be. The lack of clarity in the early story is an issue, but otherwise the possibility of how much this game has to show has me excited.