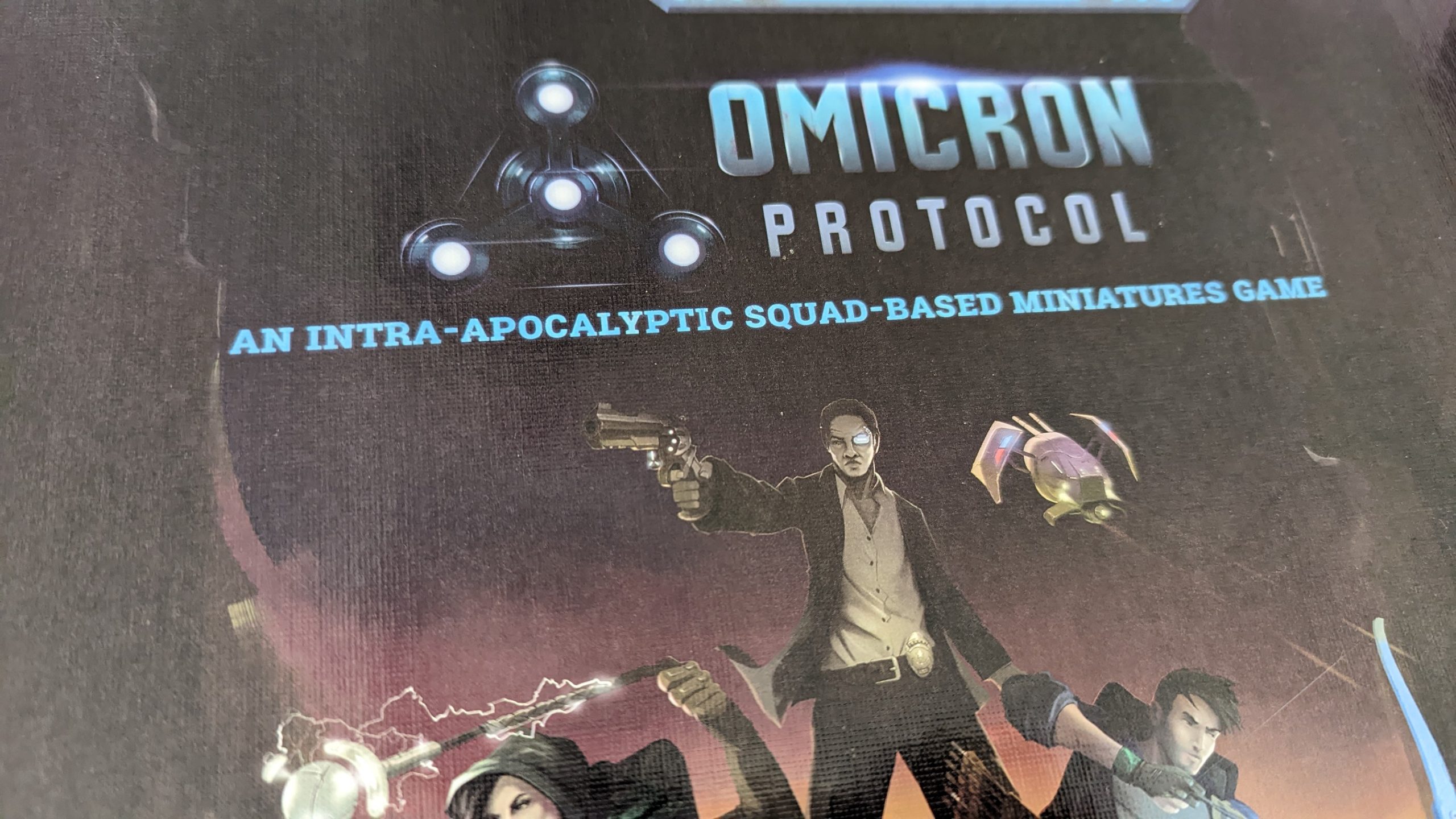 When Bernie of Dead Alive first pitched Omicron Protocol to me, it was as an entry point for the minis hobby, complete with design choices and innovations to make it more welcoming.

Hex maps simplify movement, range, and line of sight, saving newcomers from having to buy tape measures or other tools to resolve basic gameplay. Cover has also been simplified to simple occupation of terrain, eliminating frustrating arguments over how much of a miniature is obscured. AOE effects simply indicate the hexes affected, bypassing the need for templates and other nonsense. 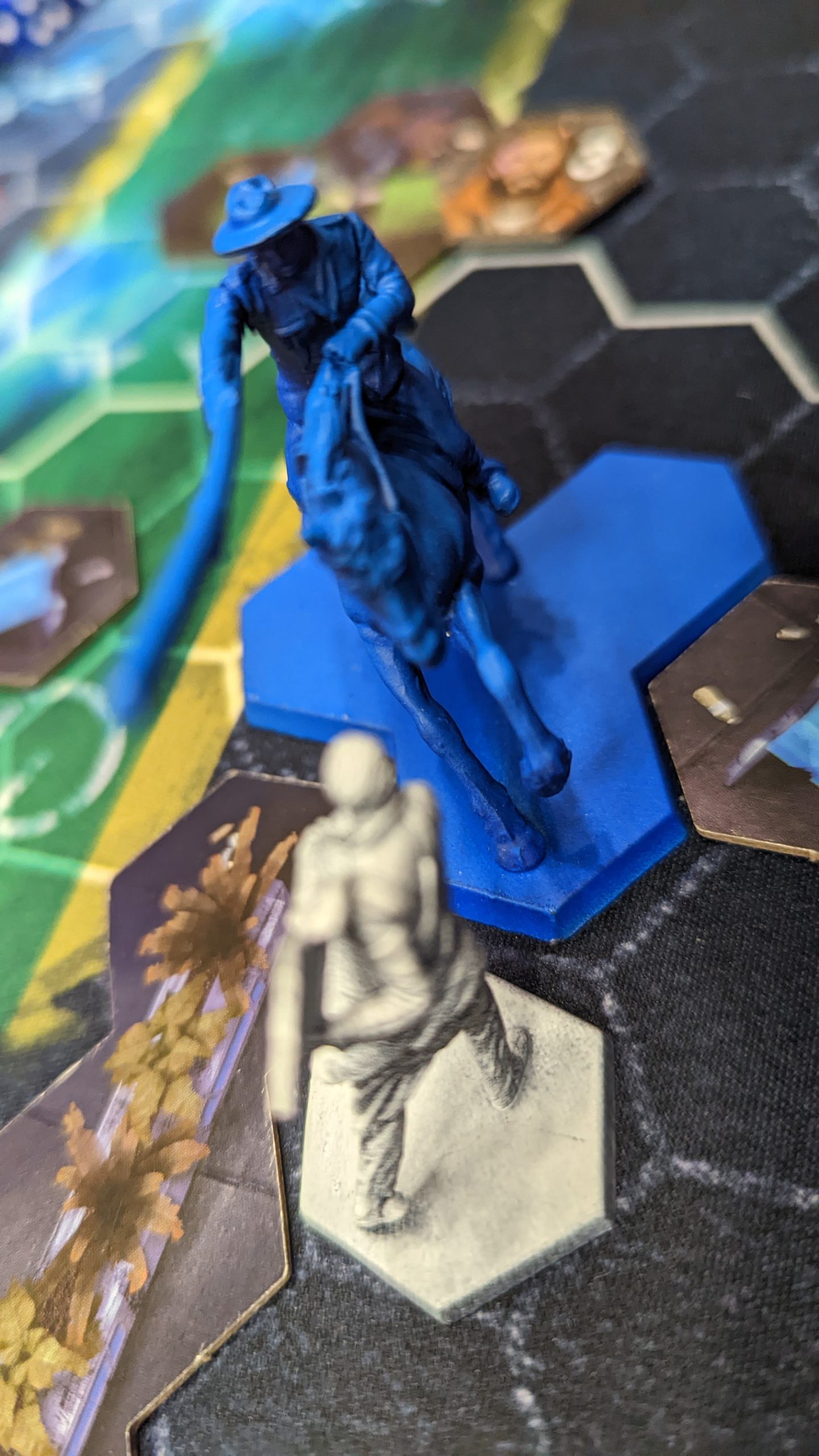 Instead of expecting neophytes to already own terrain and know how to set up a battlefield in a balanced manner, provided scenarios tell players where to set up the punch board terrain markers, along with accompanying objectives, victory conditions, and deployment zones. The list building part of setup has also been streamlined, as players simply pick four characters a piece instead of having to purchase them with allotted points.

Gameplay utilizes now ubiquitous alternating activations, meaning that players don’t have to sit on their hands while their opponent decimates their forces before having their go. Omicron Protocol’s unique mechanics are luck and noise. Whenever a character performs an action and has leftover dice, they accrue luck tokens which can be spent later to avoid incoming damage or alter their dice results, which can help to alleviate frustration when the dice are just not landing in the player’s favor.

Noise acts as an alternative action cost from the usual resource expenditure. Most actions have an inherent noise value, which indicates an amount of noise generated by performing the action. Noise attracts non-player tech zombie CyMS, which usually attack the offending figure, with decisions being made by the opposing player. Noise isn’t strictly a punishment though, as it can be used to redirect CyMS to tankier characters and protect your fragile backlines, or simply to spawn a horde to farm for victory points. 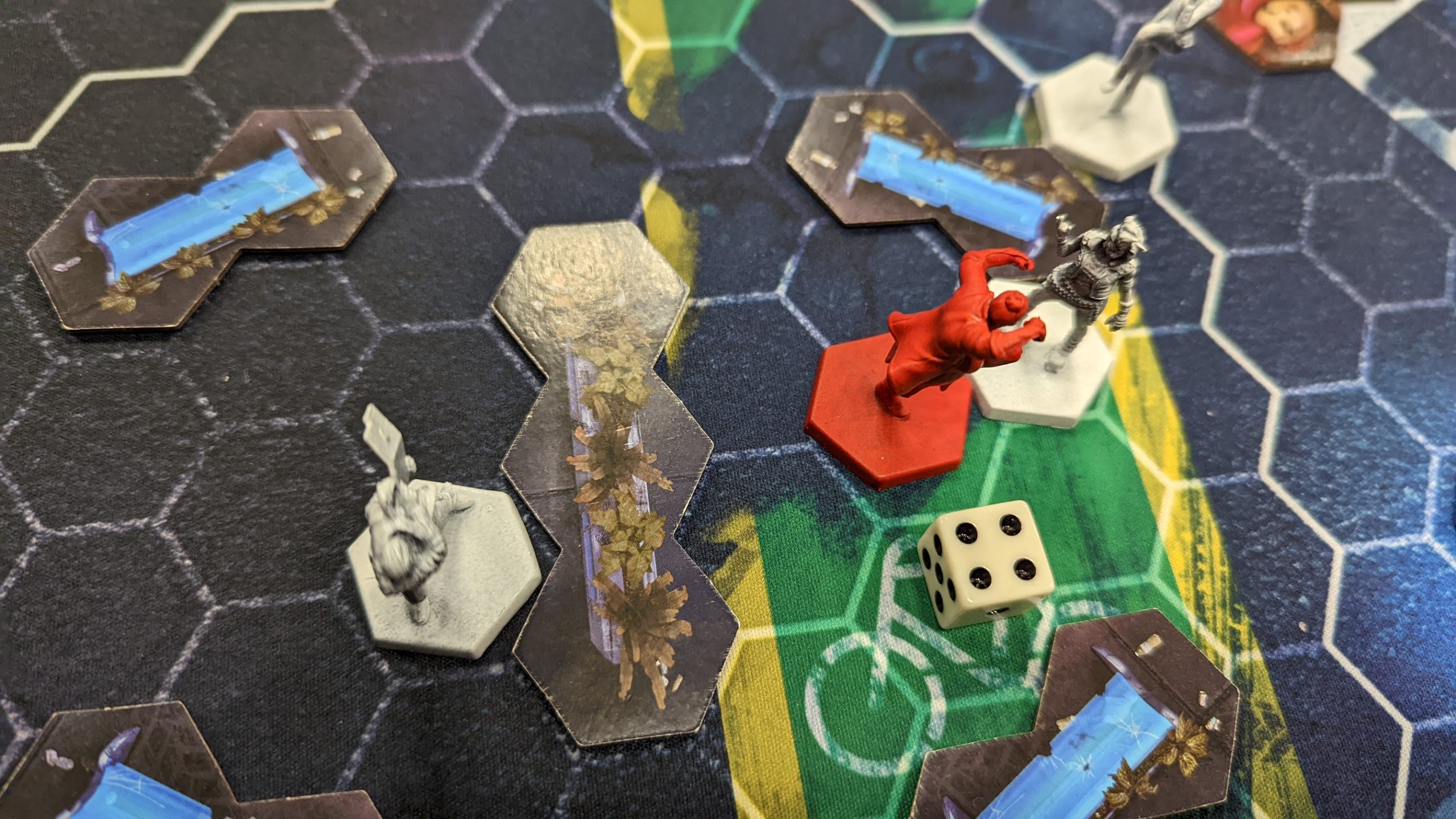 Importantly, pieces aren’t eliminated in Omicron Protocol. Instead, they are knocked out, which functions similarly to games like Guild Ball or Crisis Protocol, where it simply handicaps that figure’s next activation and usually gives its opponent victory points.

If diving into competitive matches seems too daunting for your fresh meat, Omicron Protocol also features solo and cooperative modes so they can learn to swim before going in the deep end. 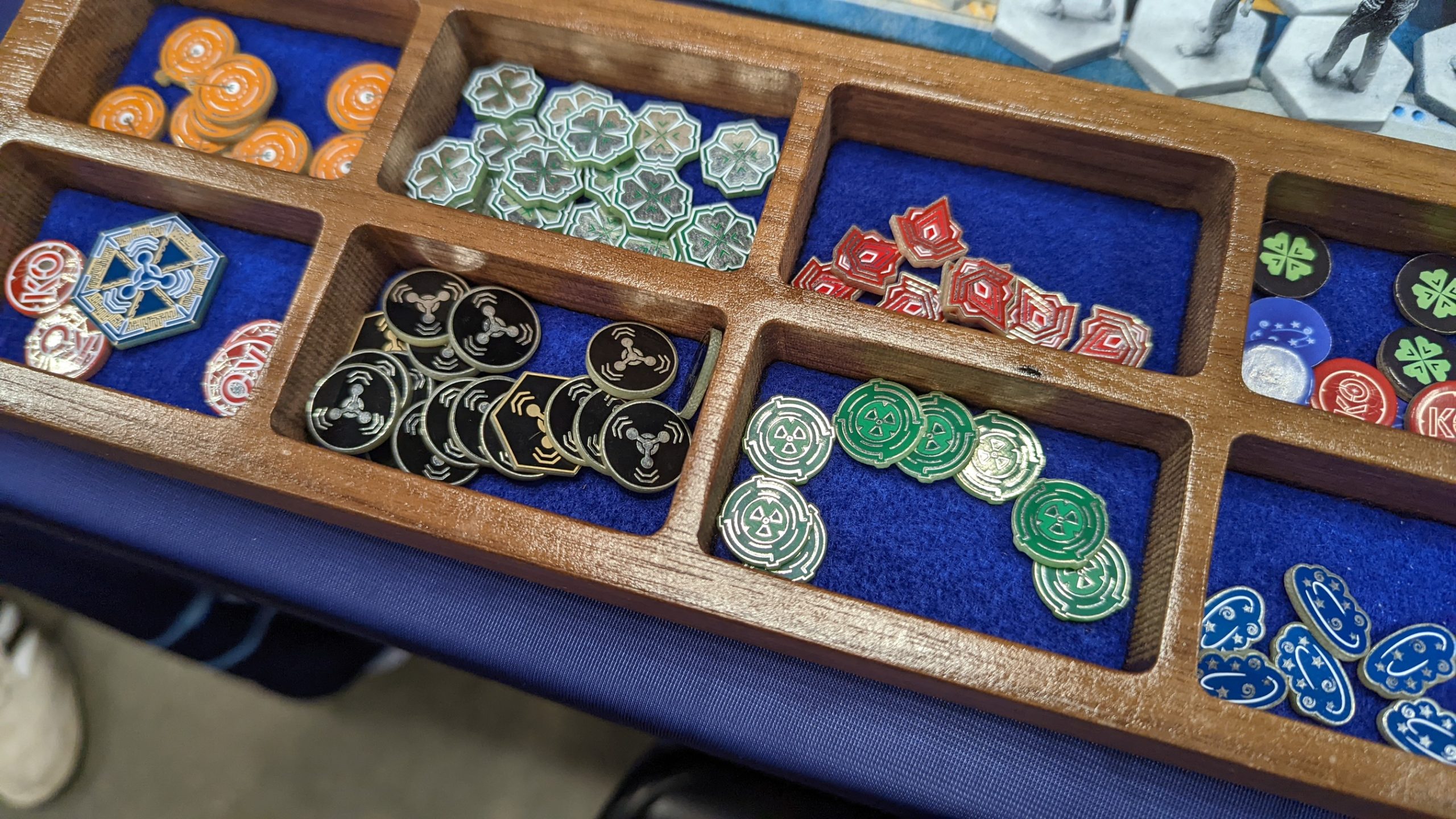 Finally, I would be remiss if I didn’t mention the deluxe tokens. These are by far the nicest sci-fi -themed game components. Had my mitts on, and I’ve been tempted to nab a set. Just to “pimp out” other games.