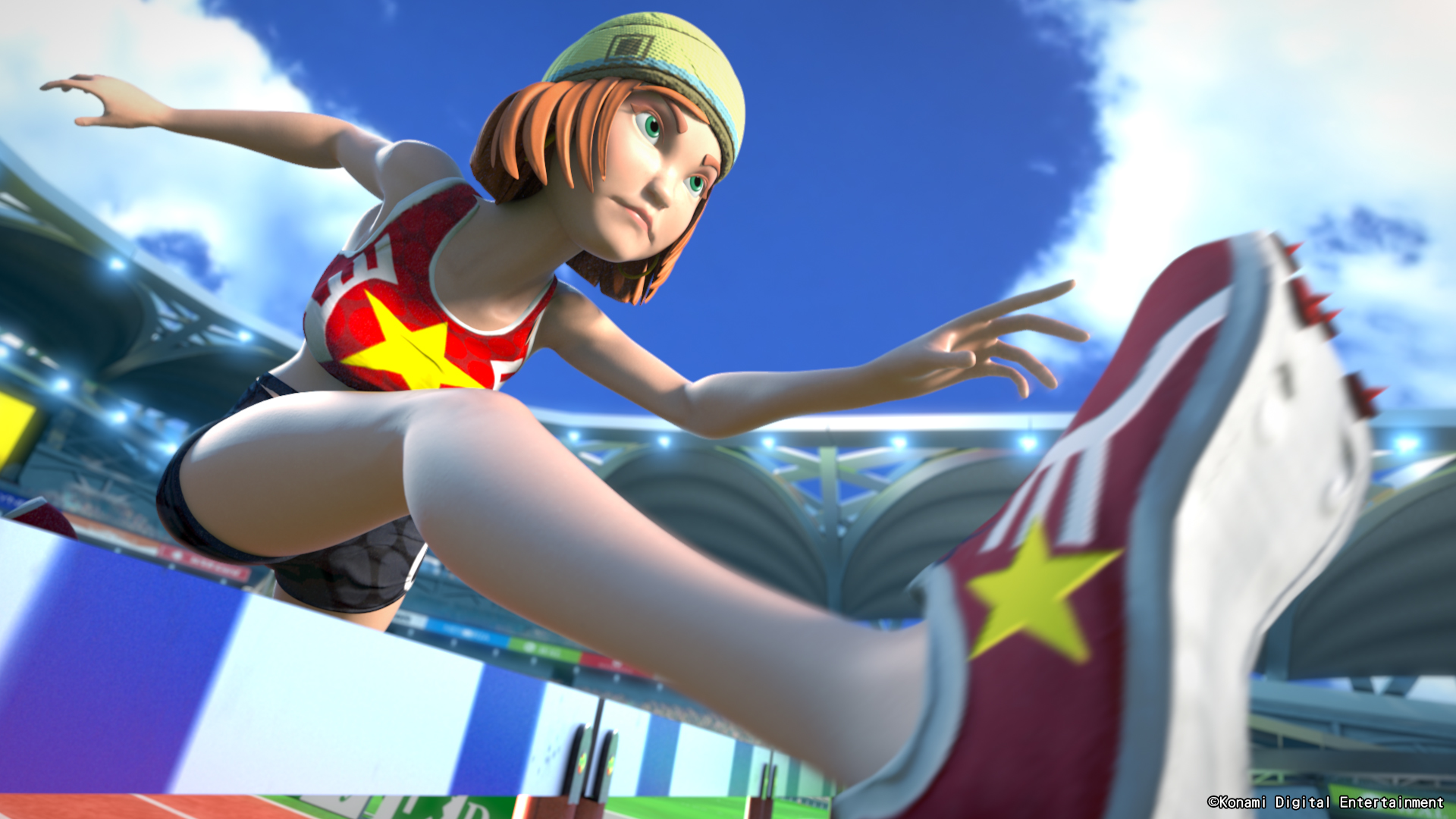 I got to spend some hands-on time with Hyper Sports R, an upcoming sports simulation title for the Nintendo Switch which was announced earlier that morning. Hyper Sports R embraces the Wii Sports feel, providing motion controls and local play, while still respecting its elders by supporting traditional button controls. It will also come loaded with a campaign mode and more than 20 colorful characters, each with their own animations, fashion, and quirky personalities.

You’ll be able to select a character to play as and follow their career, hiring coaches to help them improve their performance, sponsors to help them earn money, and recruiting teammates. You’ll be able to cross paths with your character’s friends, former teammates, and rivals as you progress through the campaign, polishing your character’s skills, recruiting others to help you master different sports, and building your five-man dream team.

Each chapter in this campaign mode features both a team goal and challenges for an individual athlete on your team; by completing these you’ll be able to upgrade your characters, earn a bigger salary, and unlock items which will let you customize your team’s look. Also staying true to the Wii spirit, there will be no microtransactions to worry about; all in-game currency will need to be earned the good, old fashioned way.

It’s still early days for Hyper Sports R, so we don’t yet know exactly how many different sports will show up in the final game. Konami has confirmed that there will be 7 track and field events, as well as beach volleyball and swimming. Those who just want to get your sports on, not to worry! Hyper Sports R features quick play mode, each sport can be played with just one Joy-Con, and allows for up to four local players to join in. There’s also planned support for online play, though more details on that will be coming later.

I was able to try out a very early build of the 100 Meter Dash, the Javelin Throw, and the Long Jump. The 100 meter dash was the only game which currently featured motion controls, and thoroughly enjoyed watching a group of adult journalists flail their arms frantically in an attempt to find the optimal way to sprint down a virtual race track. Among my friends and coworkers, I am the undisputed queen of Beach Flags, the running-in-place game in 1-2 Switch, but the mechanics here were quite different. While I usually claim victory with swift, short arm motions in Beach Flags, Hyper Sports R favors those who sprint with a longer, more exaggerated arm movement. You also have to beware of false starts; run before the whistle blows and you’ll have to start all over.

Having made a flailing fool of myself, I settled in to try the 100 Meter Dash by using the more traditional button controls. Sprinting is as simple as alternating mashing the left and right arrow keys on the left Joy-Con, or the B and X button on the right Joy-Con; running is the most simple mechanic, and I easily blew past the competition and took home a gold medal on my first attempt.

The Long Jump uses a similar mechanic, as you alternate the running buttons to build up speed, then press the top button to jump. This will momentarily freeze time and opens an arc which you must use to set the angle of your jump by tapping the top button again when the moving line reaches the optimal angle. Once again, I had little trouble leaving my AI opponents to eat my sandpit dust, and can’t wait to test my reflexes against those of my brother.

My final stop was the Javelin Throw, which turned out to be the most challenging sport by far. It all starts with a run, though this time, when you reach the end of the track, tapping the top button opens a crosshairs in the distance, and a circle which wanders loops back and forth in a predictable but winding path. Your goal is to tap the top button when the circle crosses dead-center into the crosshairs, or as close as you’re able to. It’s more difficult than I expected, and after several attempts, my best throw still settled at just over 89 yards. Apparently, the very best score for the day (or should I say all time, since the build I was playing was only completed earlier that morning?) came in at only 94 yards, and I was able to come in at a comfortable second place twice.

Even when losing, the game never felt discouraging. Characters react in frustration or over-the-top despair when losing, and strike entertaining victory poses when coming in first. An overly large, entertaining referee provides endless entertainment, doing silly things such as miming himself being trapped inside a glass box as you prep for an event. Sweeping cut scenes zoom in across your character and your opponents before the competition begins, spectators cheer from the sidelines, and referees use flags in real time to signal good or bad starts, throws, and jumps. Another sweeping pan across all competitors again puts a spotlight on the diverse and quirky characters in this title.

Hyper Sports R does not yet have a release date, but it will be coming exclusively to the Nintendo Switch.