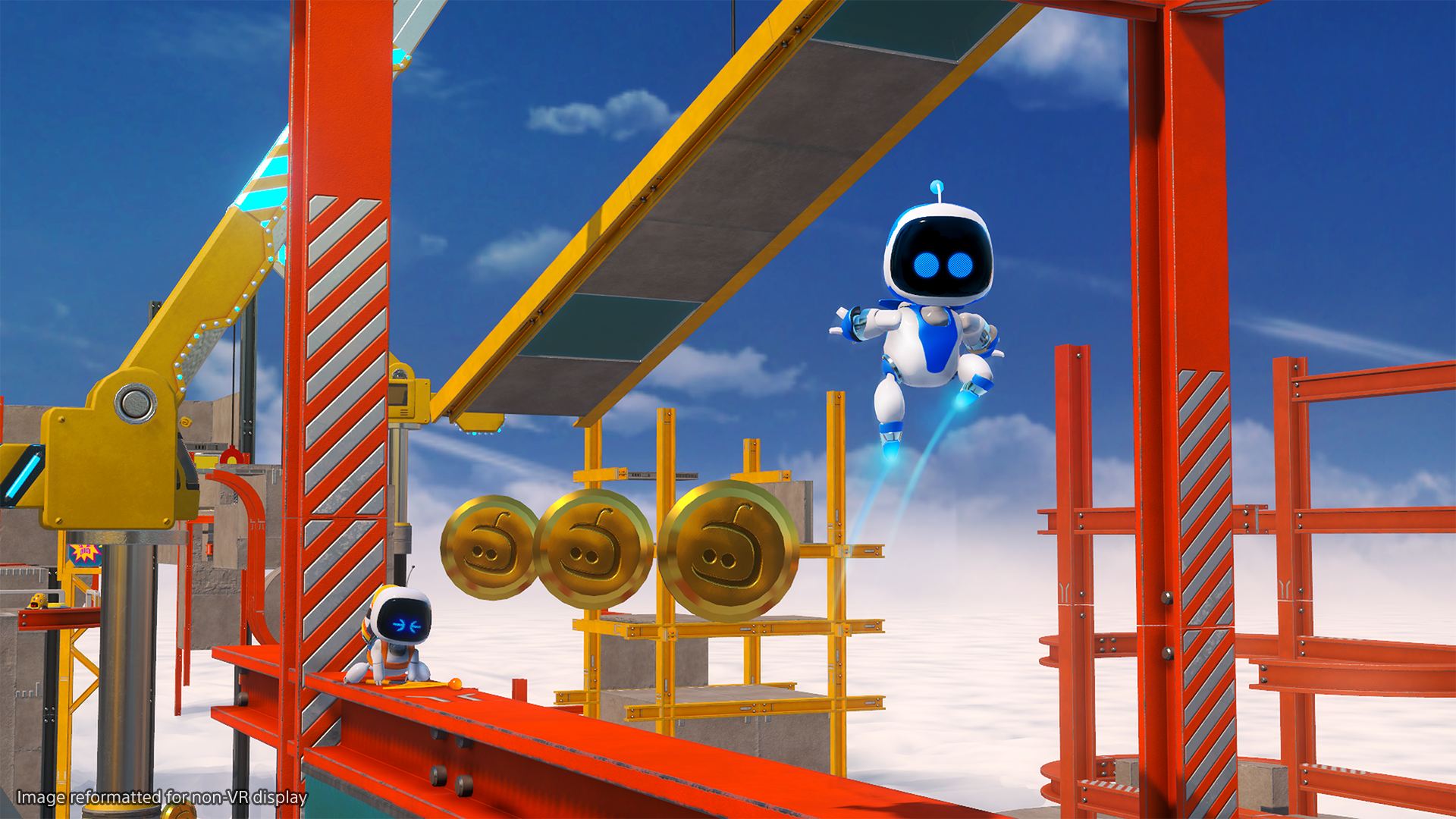 If you already own a PlayStation VR, then ASTRO BOT Rescue Mission may look somewhat familiar, since it began as one of the free mini games bundled into The Playroom VR. The single-player platformer which came bundled with the PSVR was adorable, addictively fun, and gained so many fans that Sony actually gave this chipper little robot his very own, stand alone game. This VR plaftormer lets you explore all three dimensions, jumping, climbing, and collecting points as you punch enemies to death and malfunctioning robots to health.

Malfunctioning robots are stranded and are in desperate need of repairs, and it’s up to you and Astro Bot to find and fix them. The game consist of 26 stages which are played out across five different worlds, each ending in a boss fight. There are eight malfunctioning robots scattered throughout each level, though you don’t need to collect all of them to complete the level–and that’s a good thing. Much like the side scrolling Mario games of old, you can always move forward, but you can’t go back; the only difference is that you are now moving forward through a three dimensional space instead of right across a 2D world. At some points it’s obvious when you’re going to move forward, but sometimes what appears to be a hidden door turns out to simply be the way forward, causing the camera advance, making it impossible to further explore the area you were just in.

Astro Bot himself is utterly adorable and charming; he marches along with a spring in his little robotic step, and waves at you as he walks if there’s nothing else to attract his attention. Punching is his thing, but I’ve never seen a cuter, happier punch in all my life. Punches both vanquish enemies and save allies; malfunctioning robots will jump for joy upon seeing Astro Bot approach and turn their backs to him, pointing at their malfunctioning hardware. They then eagerly await being punched away so their repairs can begin. Astro can also jump and hover for a brief amount of time, and while hovering, he shoots a tiny laser directly downward, a laser which can damage enemies. Be careful, though–some baddies are spring-loaded with spikes on top, and will headbutt you from below if you try to take to the air.

Levels are well designed with diverse layouts, different materials, some of the platforms and walls are transparent while some are not, and filled with secrets. These secrets can unlock special states, extra coins, and hidden malfunctioning robots. You play using a PS4 controller, and the game also makes great use of the touchpad on top, which you can use to flick Astro Bot into the level at the start of a stage, slingshot him to victory at the end of the stage, and even launch useful tools within the game itself, such as a hookshot used to pull out the teeth of an overly-bitey evil gorilla during a boss fight.

Astro Bot has found a pretty great balance where challenge is concerned. Levels aren’t terribly challenging, meaning most any younger or inexperienced player will be able to complete them having saved a handful of robots. There is no penalty or even mention that you didn’t find all eight, it’s a pure celebration which you can’t help but smile along with. The real challenge lies in locating all eight robots, collecting every single coin, and locating those hidden stages, which is, quite honestly, no easy feat as it requires observation, careful planning, and lots of careful maneuvering. No sooner had I beaten a level in the demo then I wanted to go back and play it again to try and find all the little treasures I missed, so I can already speak to its replay value.