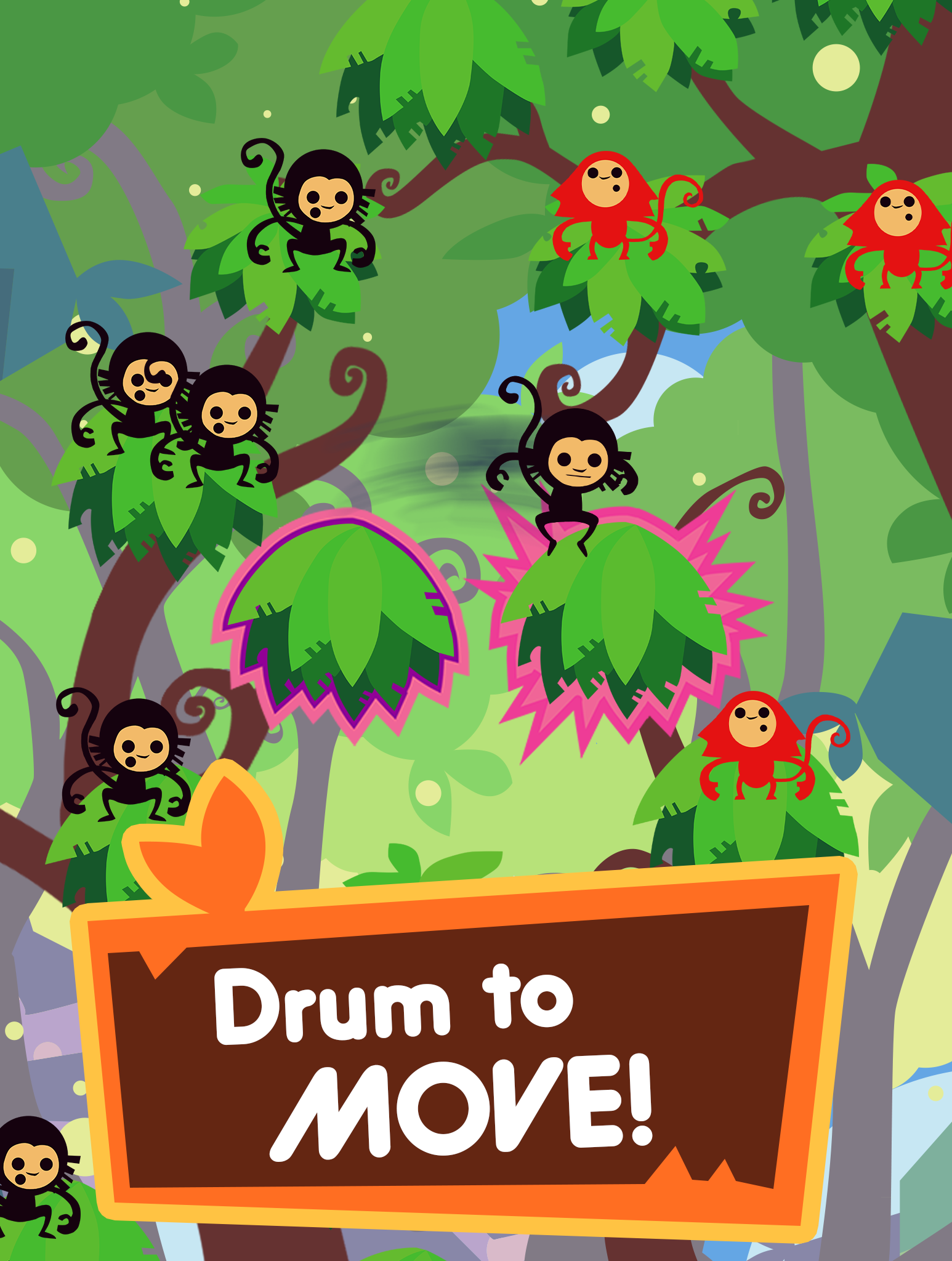 Jungle Rumble, the new Vita title from Disco Pixel, is a fascinating hybrid of puzzle and rhythm, mixed with a perfect amount of cartoon monkey antic. You take command of a tribe of monkeys, venturing to defend their Sage from angry red monkeys and find out what’s causing all the monkeys to be so antagonistic.

The game plays out in 4/4 time, and each action you take must be tapped out in a certain rhythm and pattern. To move a monkey, you’ll need to tap twice in beat on him, and twice in beat on where you want him to move. To throw a coconut, you’ll need to tap thrice on your monkey, and once on the target, all in beat. Messing up in the middle of a 4/4 phrase means a lost turn of action, and the enemy monkeys can quickly get a leg up on you.

Visually, the game is very bright and colorful, and each element is clearly identifiable, even when you’re trying to keep the beat and read the trees at the same time. At points, the action can get frantic, especially with moving your finger around the screen to tap to the beat, so there’s also a visual representation of the 4/4 beat phrase at the top of the screen too, which is a nice little touch.

The game’s music is simple enough that keeping the beat isn’t difficult, but it does sometimes challenge you. In some levels, the music only played upbeats, requiring you to keep the downbeat with your moves. It’s a nice challenge, and as the game progresses, different enemies and weapons will be introduced as well, upping the difficulty of each area.

As enemy monkeys grow in number, though, you can band together your own monkey forces. One monkey might not be able to take down a group of three by himself, but grouping him with two others means you can lob a volley of coconuts that will wipe them out in a single turn!

Jungle Rumble is very fun and relaxing to play, and there’s a system of medals to keep you going back and replaying levels until you’ve gone gold on each one. You can learn more at www.discopixel.com, and look for Jungle Rumble on the Vita in early 2015.