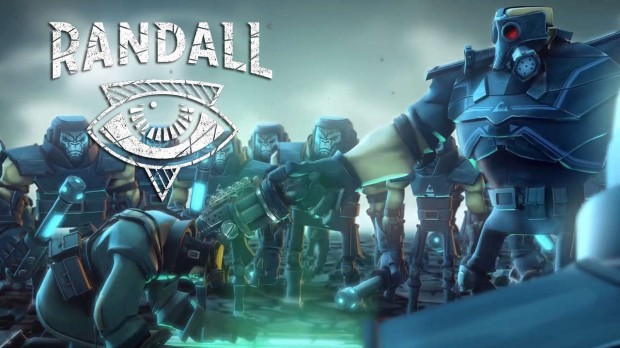 The average video game show floor today is more crowded with indies than it has ever been, so it can be challenging for developers to make their game stand out. When I took a look at developer We The Force’s 2D metroidvania game, “Randall,” my first question was, “what differentiates Randall from other games in its genre?”

The story of Randall was largely absent from the demo I played, but the developers from We The Force filled me in on the synopsis. Players take on the role of Randall, a leather jacket-wearing character who is trying to escape a facility that’s controlled by an evil mega corporation. He has amnesia, and so much of the story involves Randall figuring out his past, and the origin of his abilities. We’ll have to wait to see how this figures into the larger game, but it’s clear Randall will have a fair amount of emphasis put on storytelling.

Randall is a game about puzzle solving through mental domination. While Randall draws a lot of inspiration from the likes of Super Meat Boy and The Legend of Zelda, it has a unique twist in that the abilities you use to overcome obstacles are not your own, but rather the abilities of your enemies that you borrow as necessary. For example, in one instance I was confronted with a large hallway of impassible, low-hanging spikes, which I was able to overcome by mind-controlling a nearby subterranean spider, and riding on him underground to bypass the area. In another segment, I hijacked a flying robot’s mind and used it to navigate through a series of electric obstacles. It’s a unique mechanic that creates a lot of interesting possibilities for puzzle solving and combat.

Speaking of combat, Randall has a lot of that as platformers go (think “Guacamelee”). Randall is not the most formidable fighter though, so the player must rely on mind control to win battles. Instead of unlocking new abilities as the game progresses, new enemies will appear for Randall to manipulate and use in battle/puzzle-solving. It feels a little weird to be excited when you first encounter a new enemy, but that’s what Randall makes you feel, since each new enemy is also a new meat puppet for you to create havoc with.

My time with Randall was part of an early build, as a few mechanics and animations were not yet part of the game, and the story was almost entirely absent. But, Randall looks to be shaping into a fairly unique and challenging platformer, and one that platforming fans should keep an eye on in the coming months. Randall is currently slated for an early 2016 release window, and will launch on the PS4, PS Vita, and Steam.