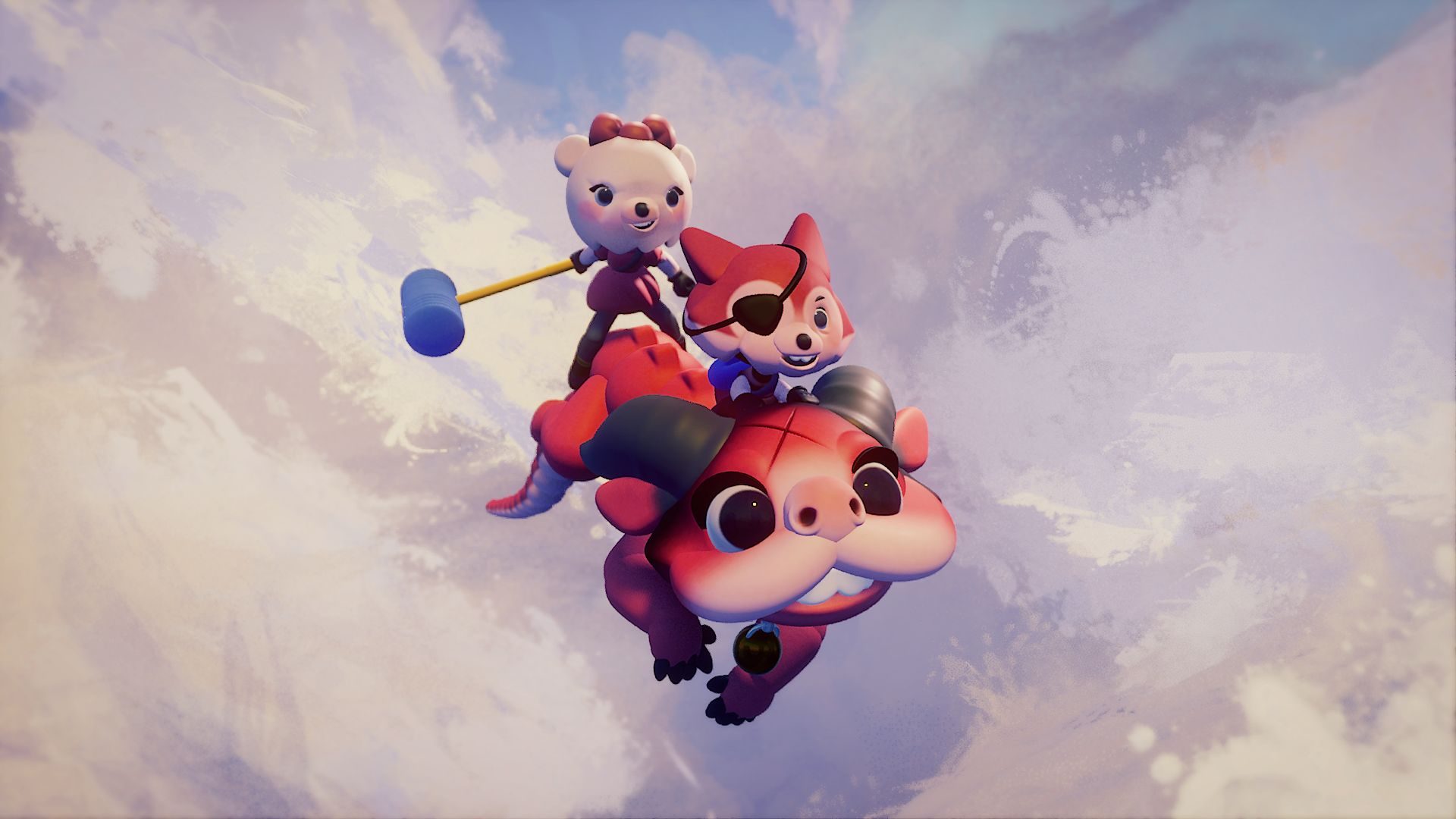 There’s nothing new about game building software; programs like Unity are becoming more affordable and accessible, and programs like RPG Maker and Visual Novel Maker make it even easier to build certain kinds of games. I’ve dabbled in my share of game creation software, and none of them have had both the ease of access and the depth the upcoming PS4 title Dreams. Even more exciting: Dreams is a game in and of itself, allowing you to play, customize, alter, and build, all in one package.

I began my demo by playing a “dream,” which consists of three different levels, each with their own game design, story, and genre, which have been tied together. Dreams is a sandbox game where you can create and all different kinds of games, from scenes akin to animated visual novels, where you do little more than sit back and listen to a story, to platformers, to puzzle games. These different games can then be treated as a level, and can be stitched together with other levels, creating a cohesive experience, a cohesive style, or, as I experienced, a sample platter where each experience is radically different from the last.

Your main avatar while playing Dreams is an imp, a scribbled little shape with eyes. Some of the premade Imps are pink, some have cat ears, but they all have a point at the top of their head, which serves as a stand in for a mouse arrow. These animated critters are controlled through the PS4s gyro, so moving them about is as simple as pointing your controller to the spot on your TV where you want your Imp to be. Imps are able to hang out and occasionally impact the in game environment, but within a game, their main purpose tends to be to simply possess an object.

These can literally be objects, lamps, cones, and square blocks, but they can also be dolls or toys, which immediately come to life as full fledged playable characters. This is a nice feature as, when playing multiplayer, it’s not a matter of who plays the fox and who plays the bear, it’s who possesses the fox first; still just as likely to cause fights, but in a whole new way! Once your Imp has possessed an object, you can control that object like any other other video game; move with the thumbstick jump and attack with the face buttons, etc. The levels we explored were varied in style and design, as well as in mood, objective, and tone.

The real treat of Dreams at this stage isn’t the levels themselves, it’s what you can do with those levels. Everything inside Dreams can be edited, recolored, recoded, and customized. Want to play a panda instead of a bear? Go for it. Want to create your own custom music? There’s a tool for that, and it can even make a kazoo sound good. Feel the need to create your own, custom character? Head on over to the character builder, where there are tools to help you regardless of if this is your first attempt, or if you’re a Blender master looking to start from scratch. Want to convert that atmospheric, painterly little level you just saw into a tiny garden oasis inside a platformer level in the middle of a lava pit? Hey, I did just that!

While you can’t edit official levels, or the levels created by other people, you can make copies and then customize them to your liking. The builder comes equipped with a generous pool of resources — a pool which will only expand once the game goes live, and everyone will be able to create and share their characters, props, levels, music, and more. From luggage to sandy beaches, cyberpunk to fluffy polar bears, there’s already a lot here, and Dreams makes it easy to duplicate, resize, realign, adjust, edit, and just generally work any other magic you’d need to make a reality out of that game that’s been living in your head for ages.

As I mentioned before, you can even create your own, custom music, playing and layering various instruments, either solo or with the help of friends. You can even take your music and remix it, add basslines, and create loops. You can also use the animation tool to easily create one time, event-triggered, or endlessly looping animations. I used the PS4 controllers gyro to create moving platforms out of two suitcases–they even made use of a physics engine to flop open and flip closed when moving and colliding with other objects.

While my custom edited level may not have been worthy of a Best of E3 award, I was able to create an entirely new stage comprised of a bridge, bubbling lava, a towering statue which had to be scaled through a combination of jumps and riding up two animated platforms, and a goal marker, and added two playable characters, custom made looping music, and a whole lot of other, fun little decorative accessories. Not bad for 20 minutes of messing around with a console game!

Developer Media Molecule is not yet able to give concrete details regarding how assets will be attributed, but it is putting a great deal of thought into creating an open source hub for resources and assets. Every Dreamer will be able to access and customize everything on the Dreams network, opening up a whole realm of possibilities to those who create games, those who aspire to create games, and those who just want to dabble in a whimsical world of dreams.

Dreams will be available exclusively for the PS4, though it does not yet have a solid release date. Check out Gaming Trend’s E3 hub for even more previews, videos, and hands-on from the E3 floor!