During my time with the United States Air Force I was stationed in Montana, and let me assure you — Ubisoft is not exaggerating.  Montana is the state where I saw the most beautiful seasonal foliage of my life.  Forests are alive with colors that only a painter could imagine, and winter rains create frozen landscapes that defy belief.  It’s also where I met some of the most unhinged and disturbed individuals, and there was more than one moment where I was glad I was armed.

“You can feel it, can’t you?  You can feel that we are creeping towards the edge…and there will be a reckoning – The Father”

Far Cry 5 takes place in a fictional area called Hope County in modern day Montana.  A cult named “Eden’s Gate” has taken root here, wrapping religion around doomsday rhetoric to whip the locals into a firearm-fueled frenzy, shrieking for freedom with shadows of “Christian Dominionism” at their back.  This cult preaches hate for outsiders, doomsday preparations for an impending purge of man, and at its heart is a Preacher named Joseph Seed, more colloquially known as “The Father”.

Seed believes he was sent by the Lord Almighty to protect his flock from the collapse of a decadent mankind, ultimately saving them from the world’s evil ways and leading them to their salvation.  True to form, his rhetoric is enforced with radical language, coercion, and violence against all who oppose his message.  Worse, the cult has suppressed the Hope County residents, preventing them from reaching out to the Federal Government to call for help.

Boomer is a good boy!

The Father is not without his flock, as you can see on the Last Supper-esque cover to the game.  Seed’s brother, Jacob Seed, is the ex-military de facto leader of the military arm of Eden’s Gate called “The Heralds”, and  John Seed, the lawyer of the family, has used dubious legal action to seize a large portion of the land in Hope County.  Faith Seed, despite outward appearances, is likely the worst of the lot.  Faith plays the role of a malicious insider, using her pacifistic words to try to convince the locals to have faith in the Eden’s Gate message and movement.  Real-life lunatics like John Trochmann of Montana (bear-activated spy satellites was his thing) and Norman Olson of Michigan (he thinks the Oklahoma City bombing was perpetrated by the Japanese…somehow) are tame compared to the Seeds.

In Far Cry 5, you are cast as a newly-minted Deputy in Hope County.  After selecting your sex and race, you are sent in with the not-so-simple task of arresting Joseph Seed and his family.  Obviously that doesn’t go according to plan.

Before I kicked off my hands-on time with the game, I had to select who I’d like at my side.  As in other more recent Far Cry games, there are a host of characters you’ll meet along the way that are willing to help you fight the good fight, such as a local pastor named Jerome (seen in the trailer below) has watched as his congregation is either converted to the cult, or a local bartender named Mary May whose father was murdered by Eden’s Gate.  To tackle our immediate need, we got to choose who our “Guns for Hire” would be — a completely new mechanic for the game.  I could tell you about them, but this trailer does a much better job than I could: 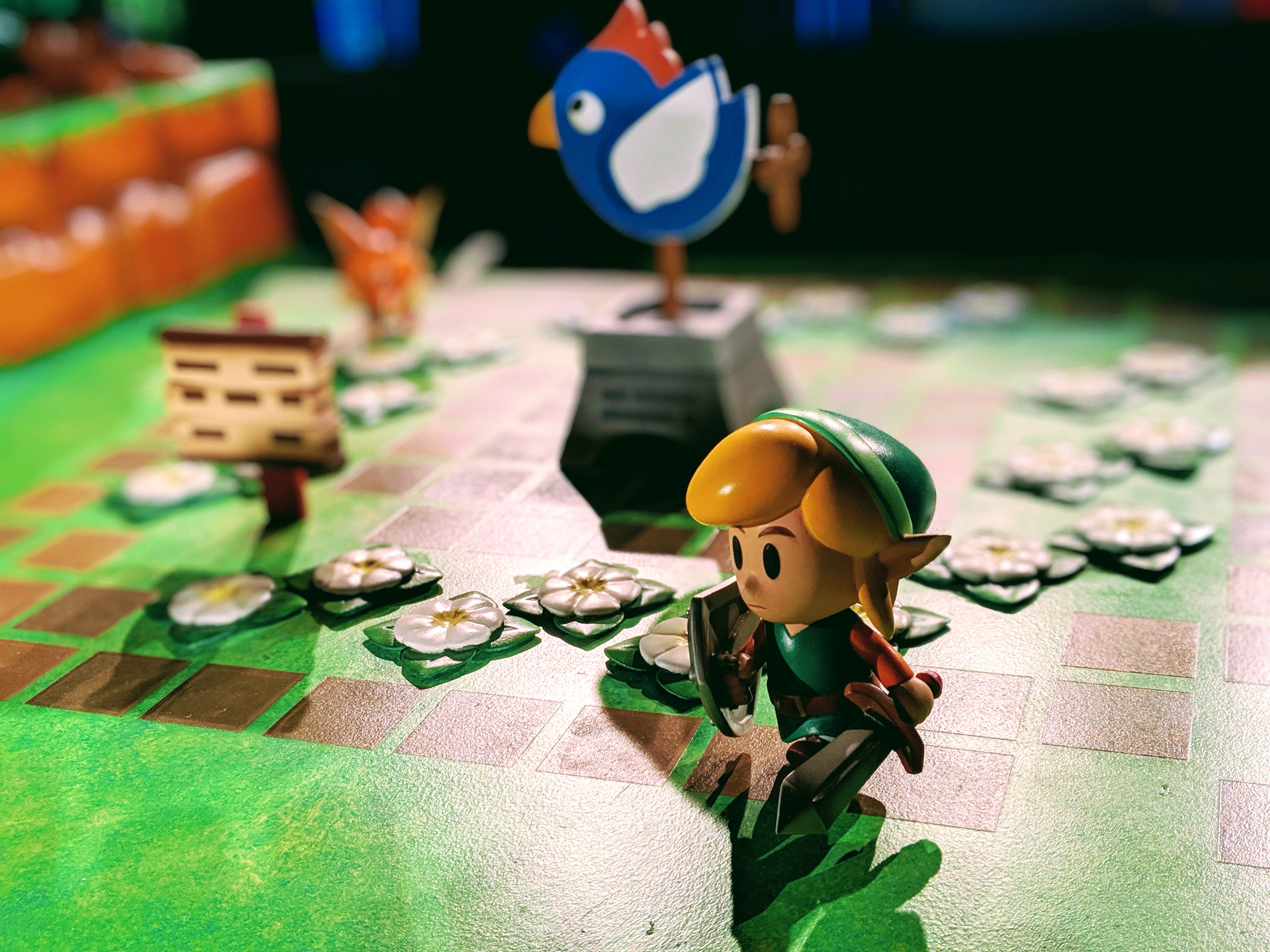 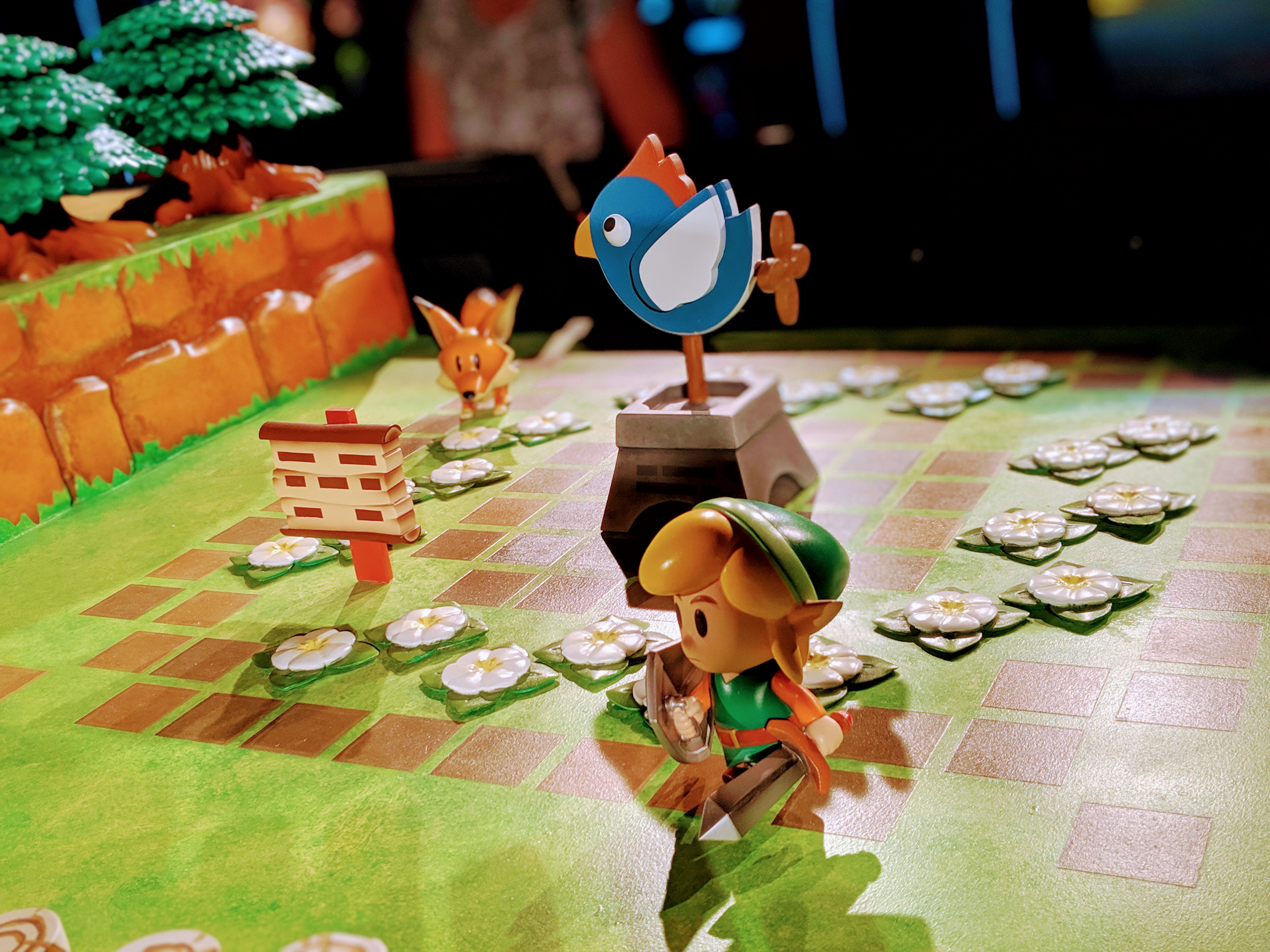 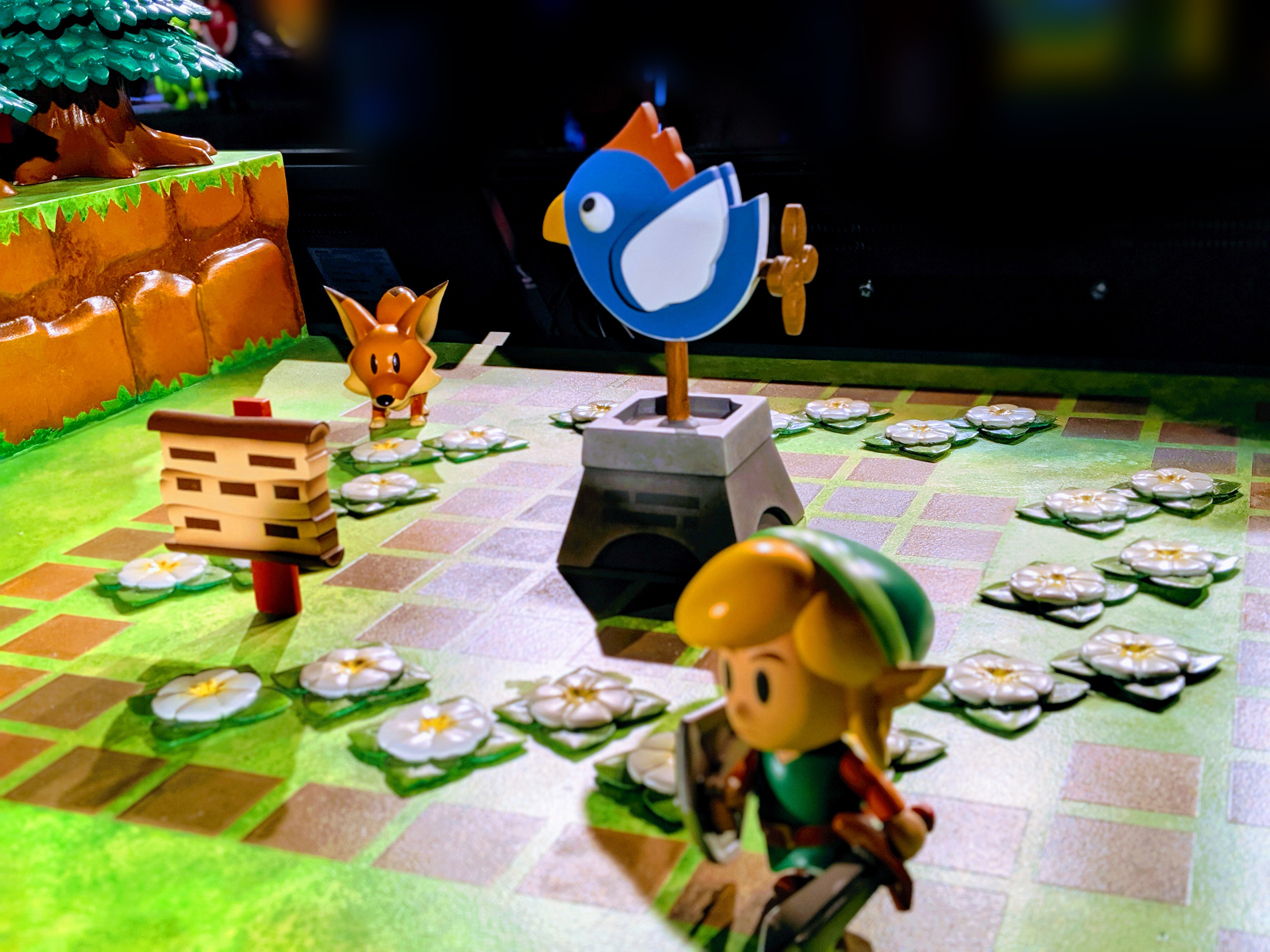 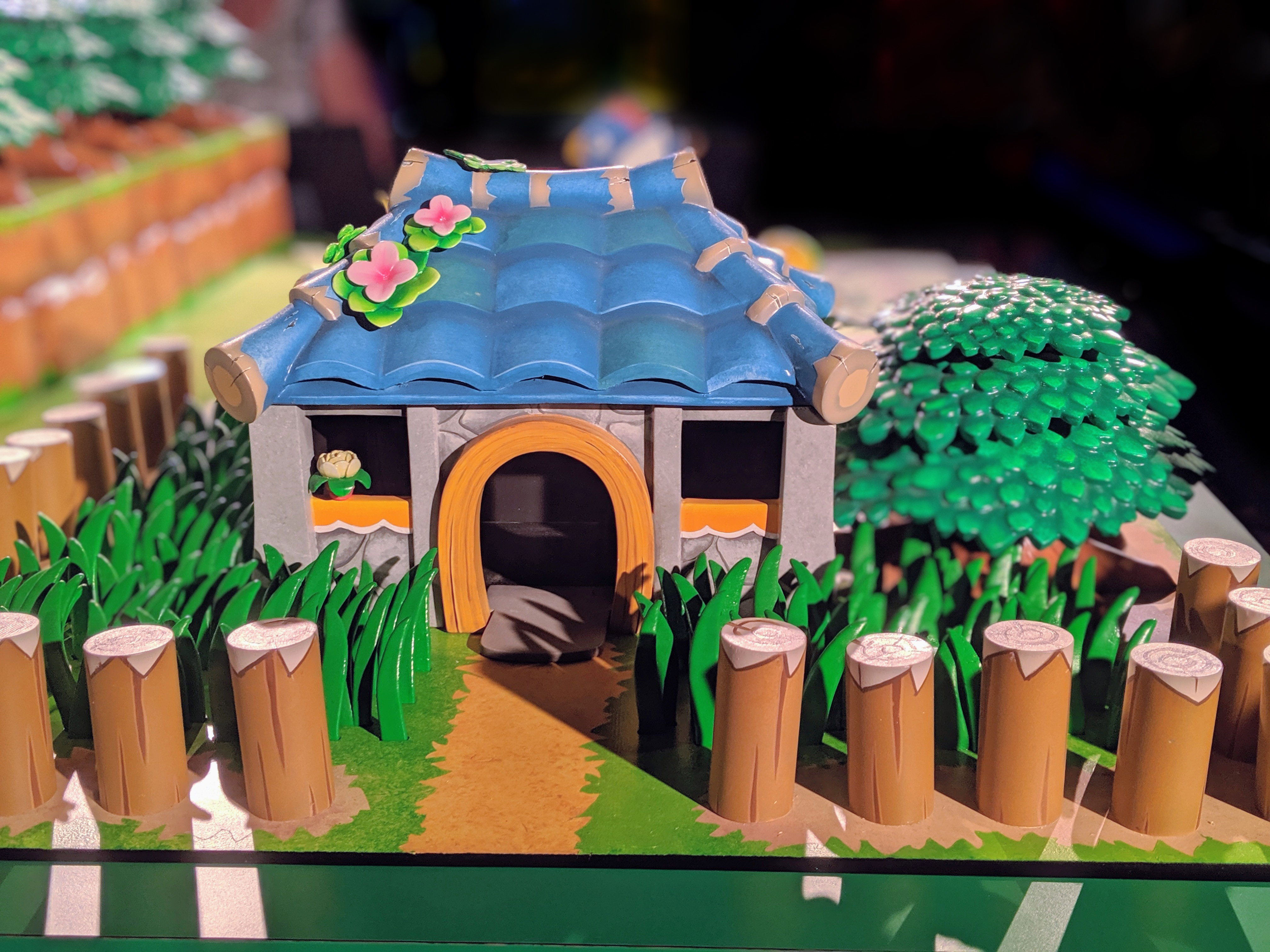 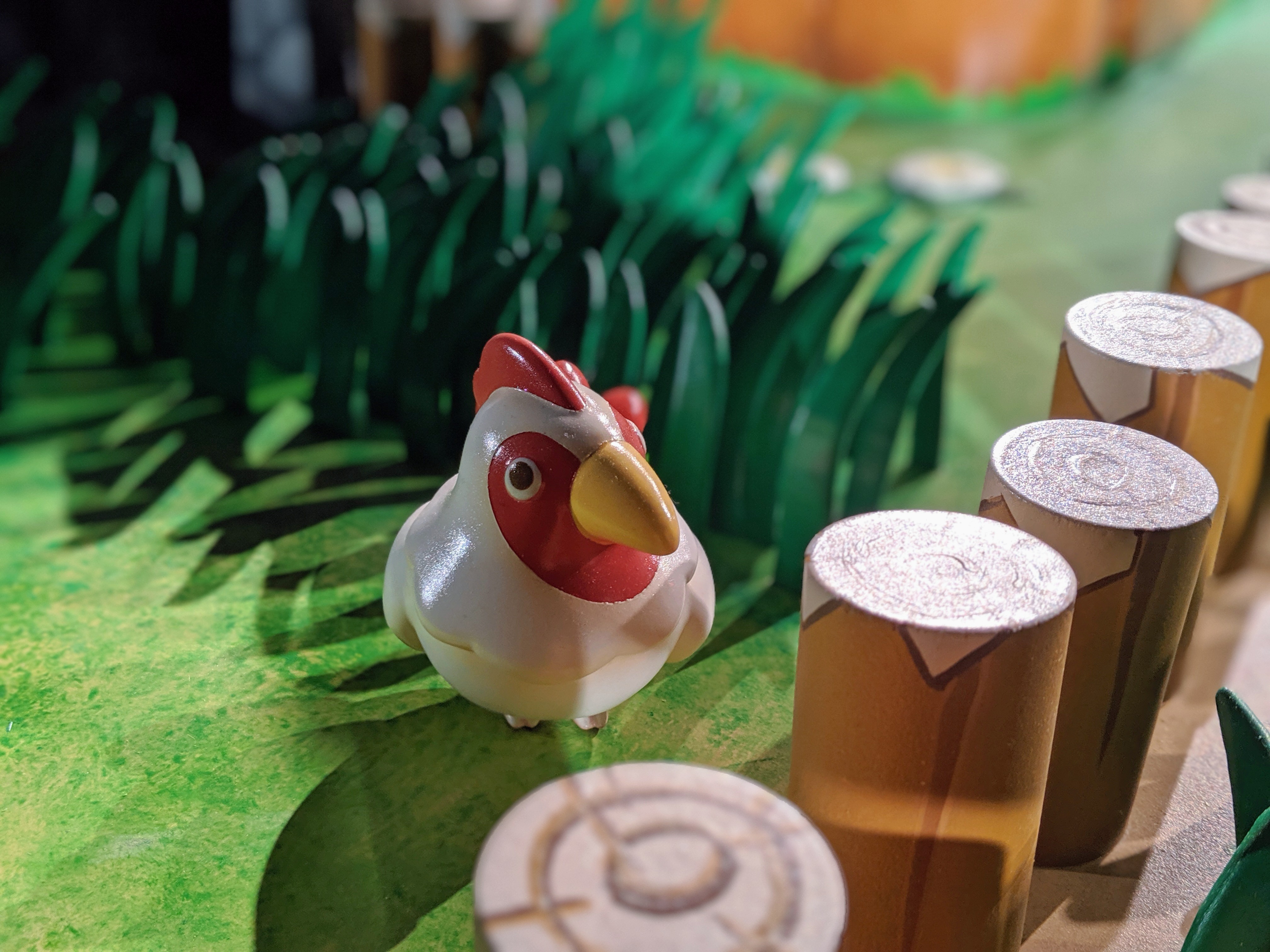 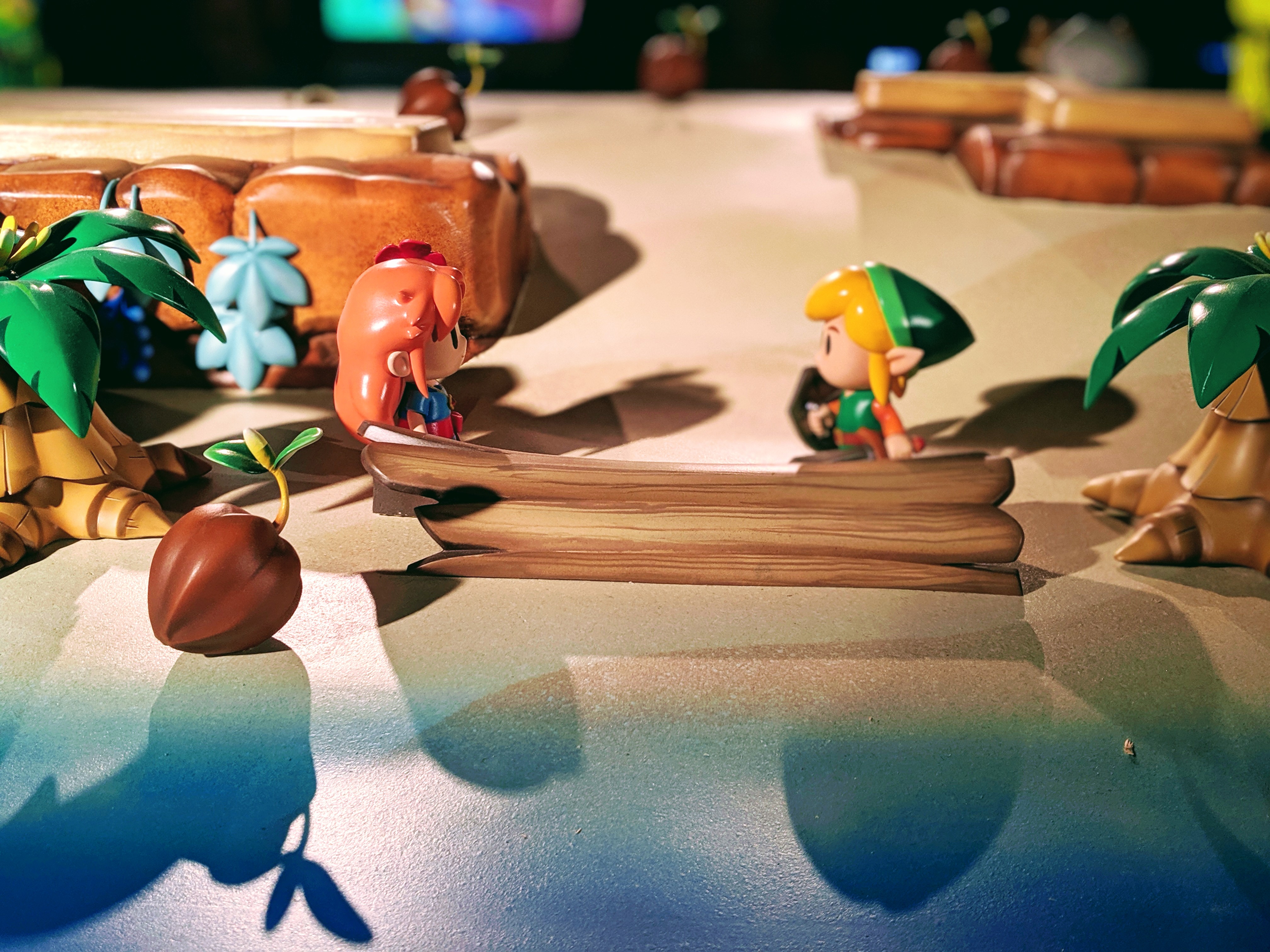 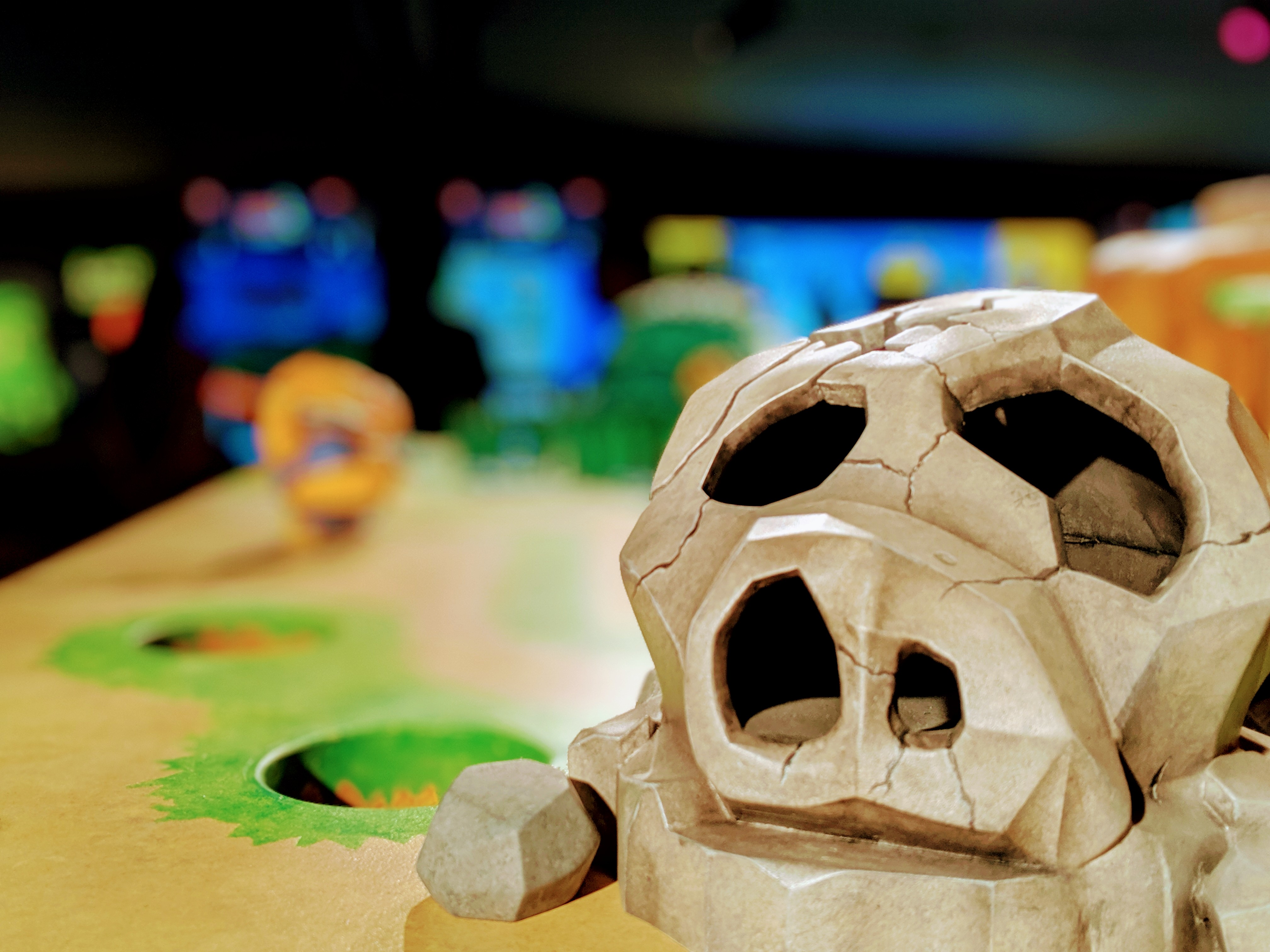 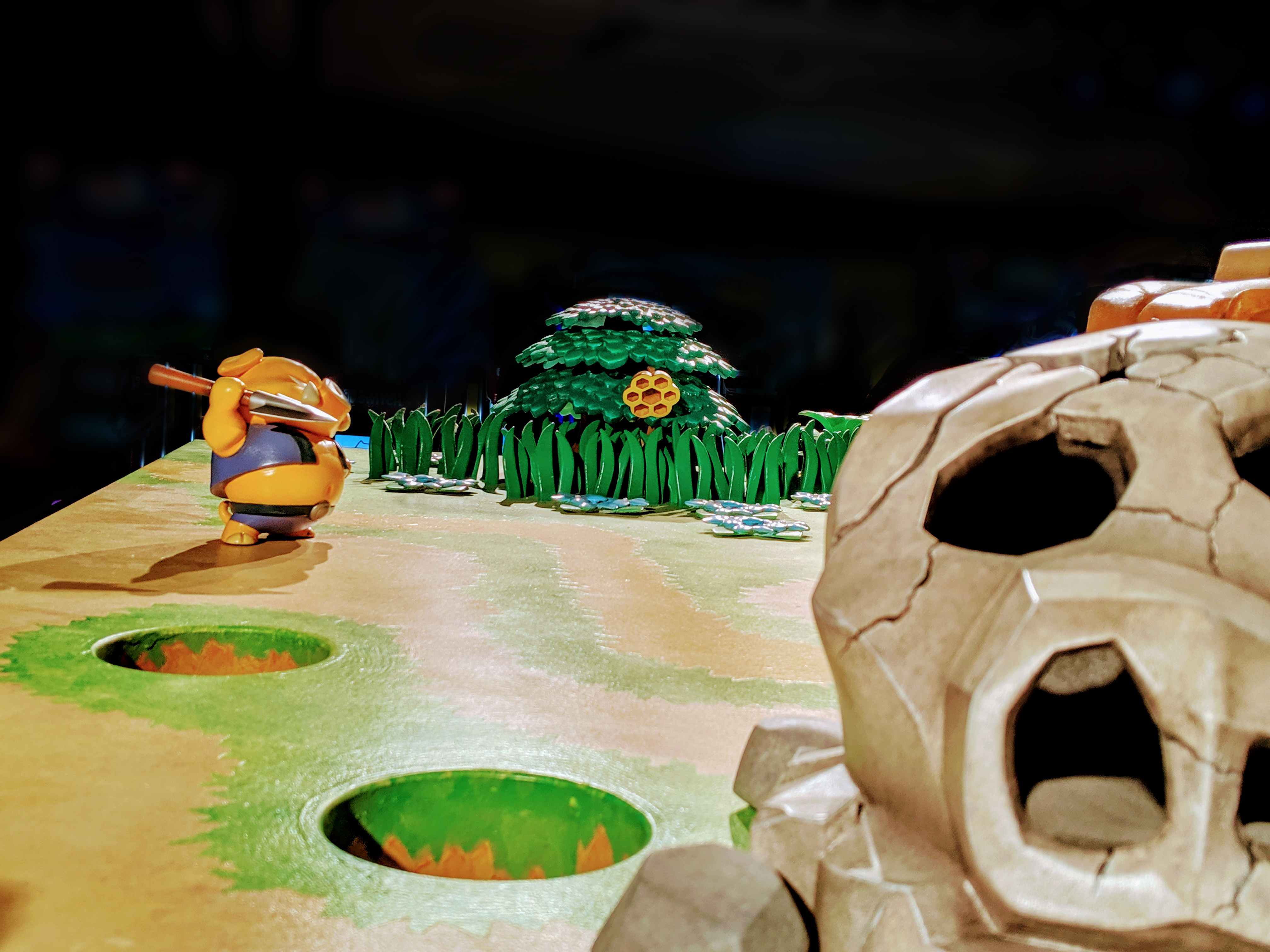 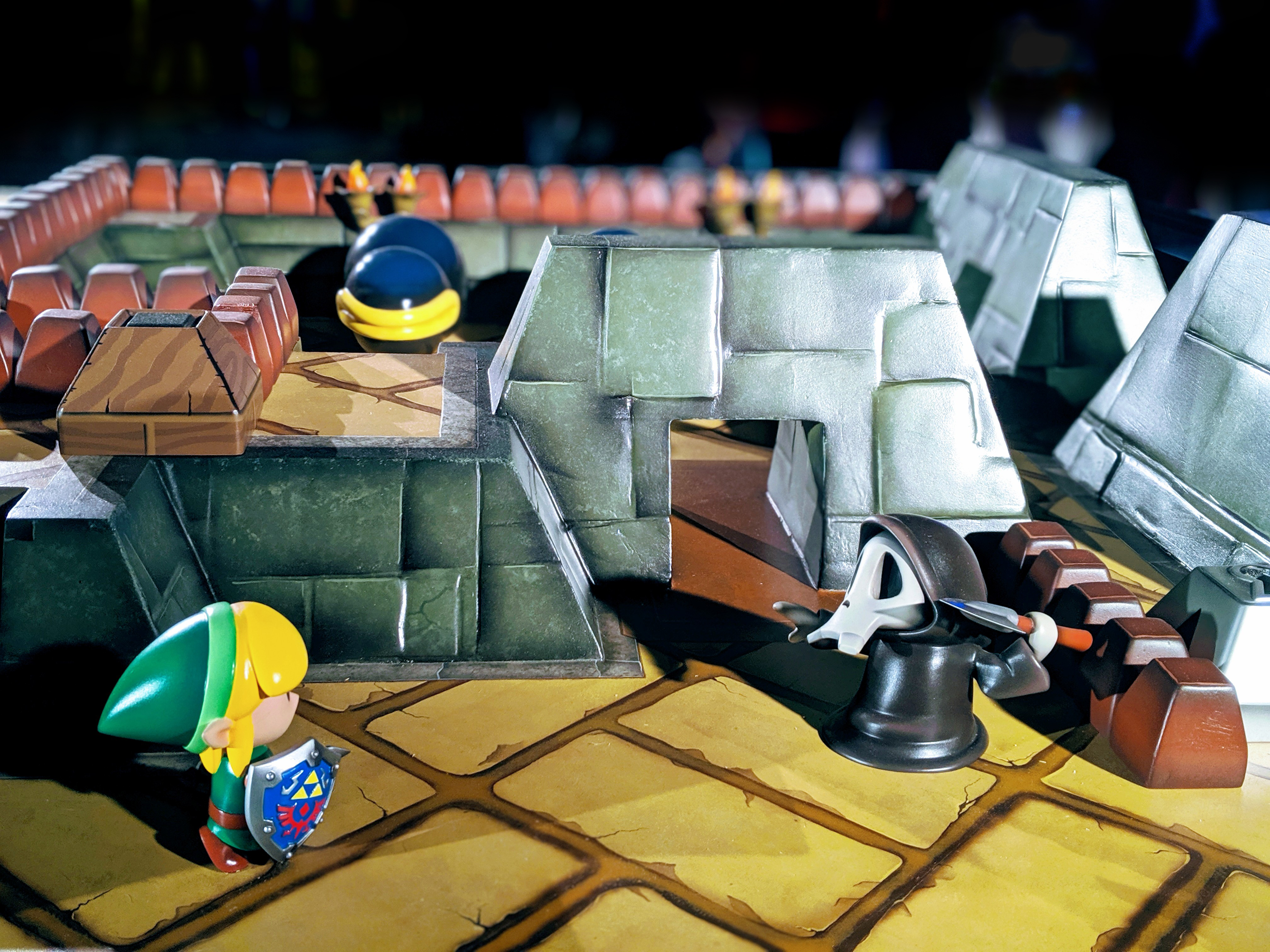 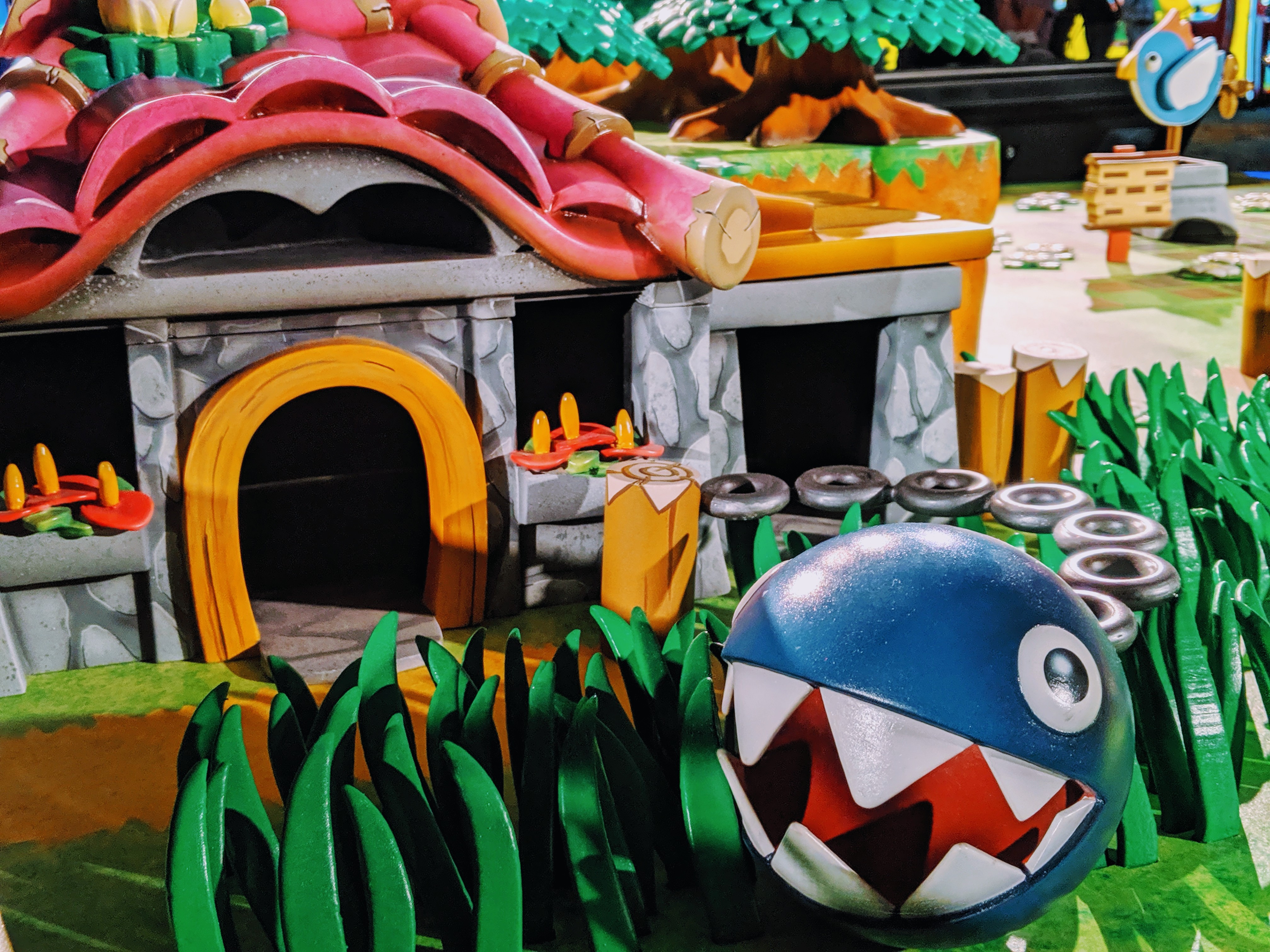 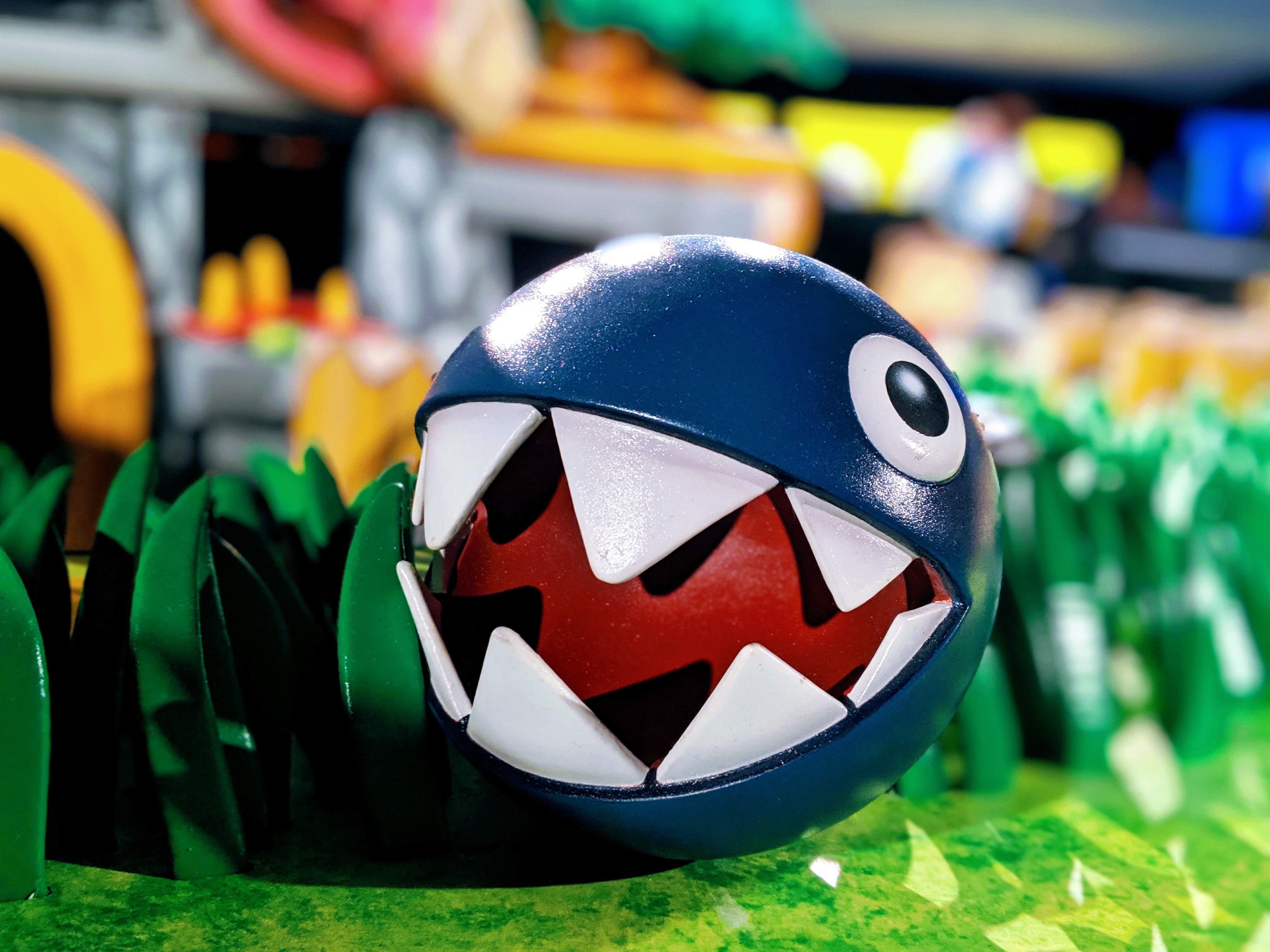 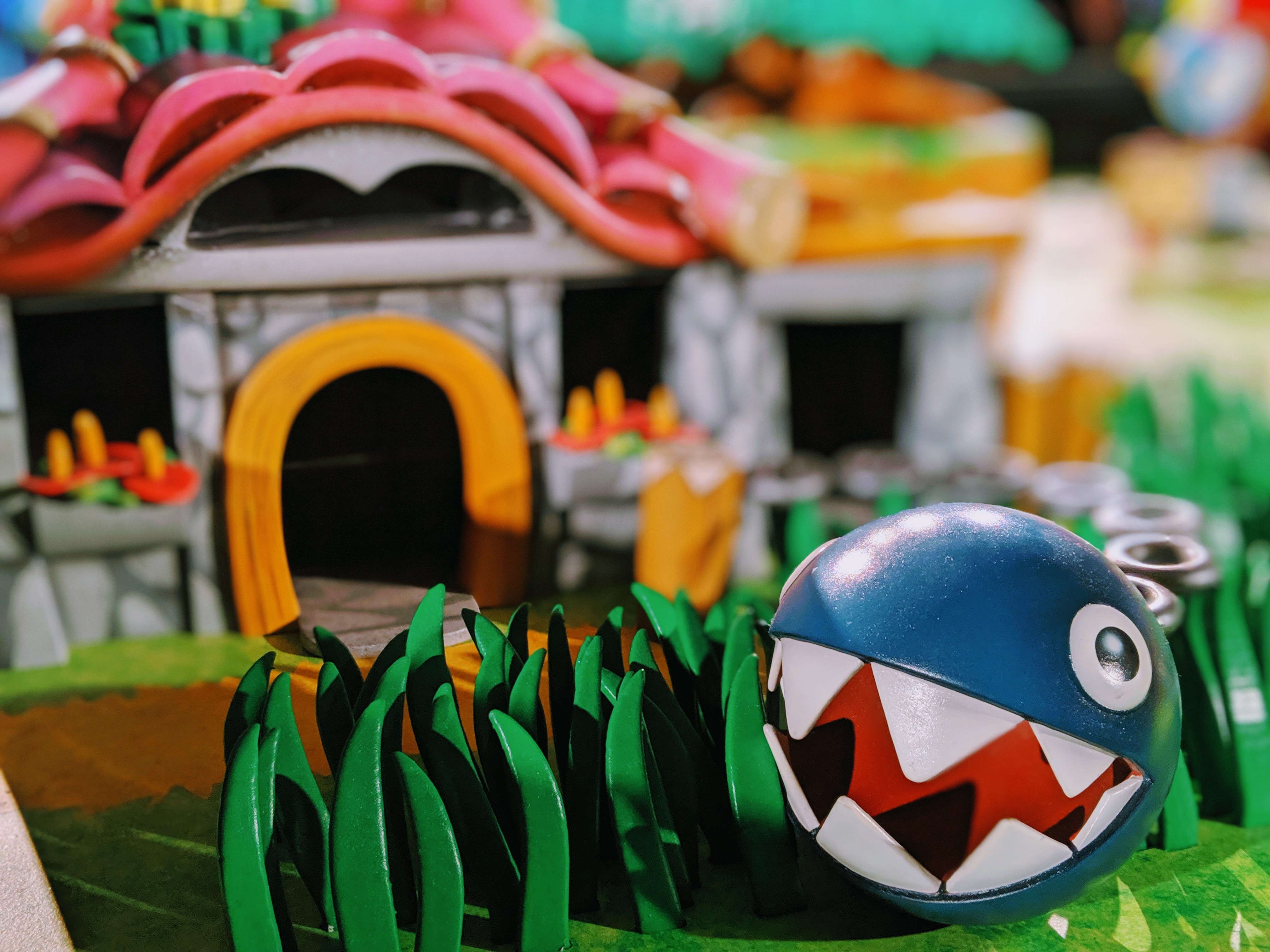 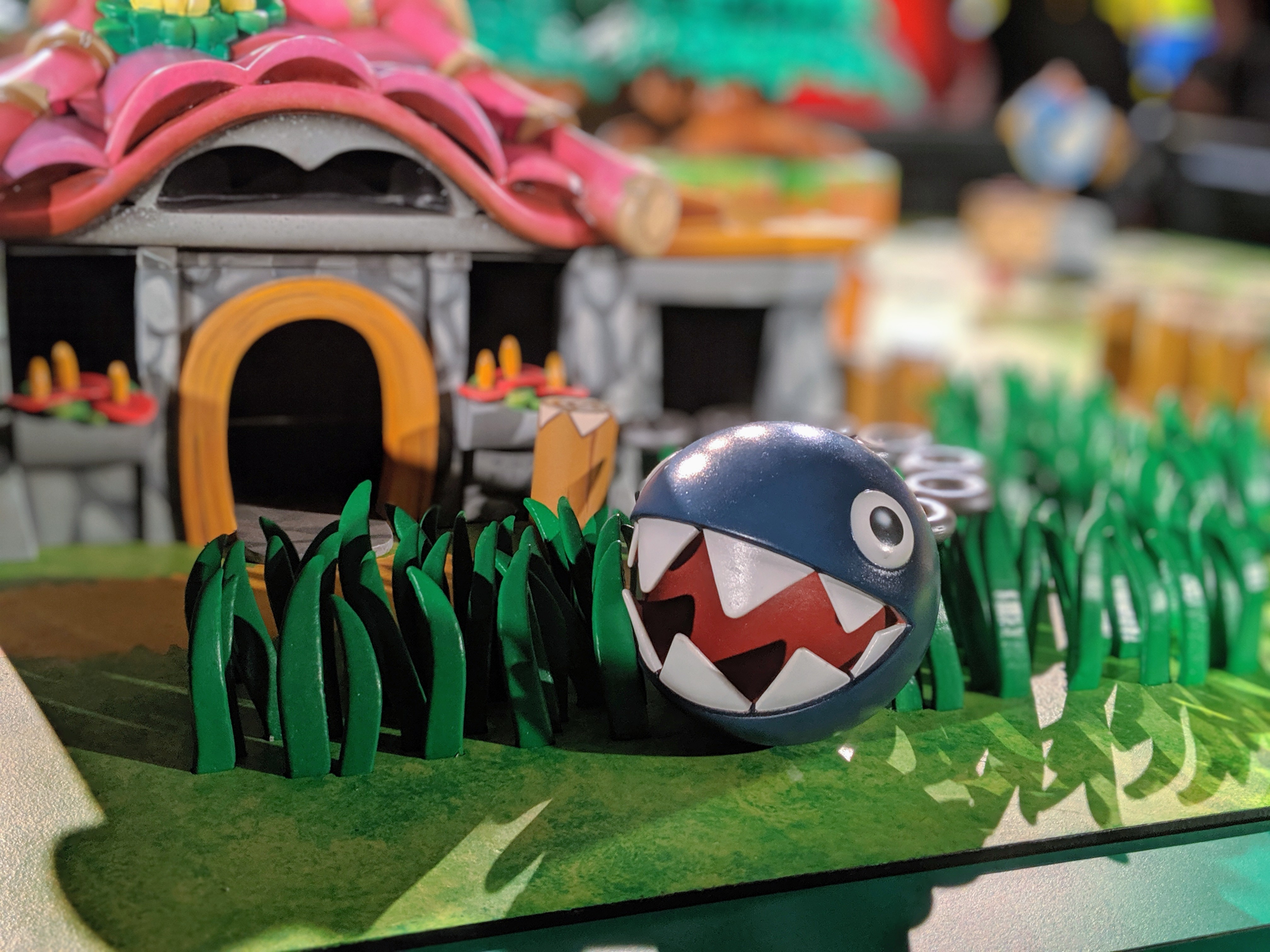 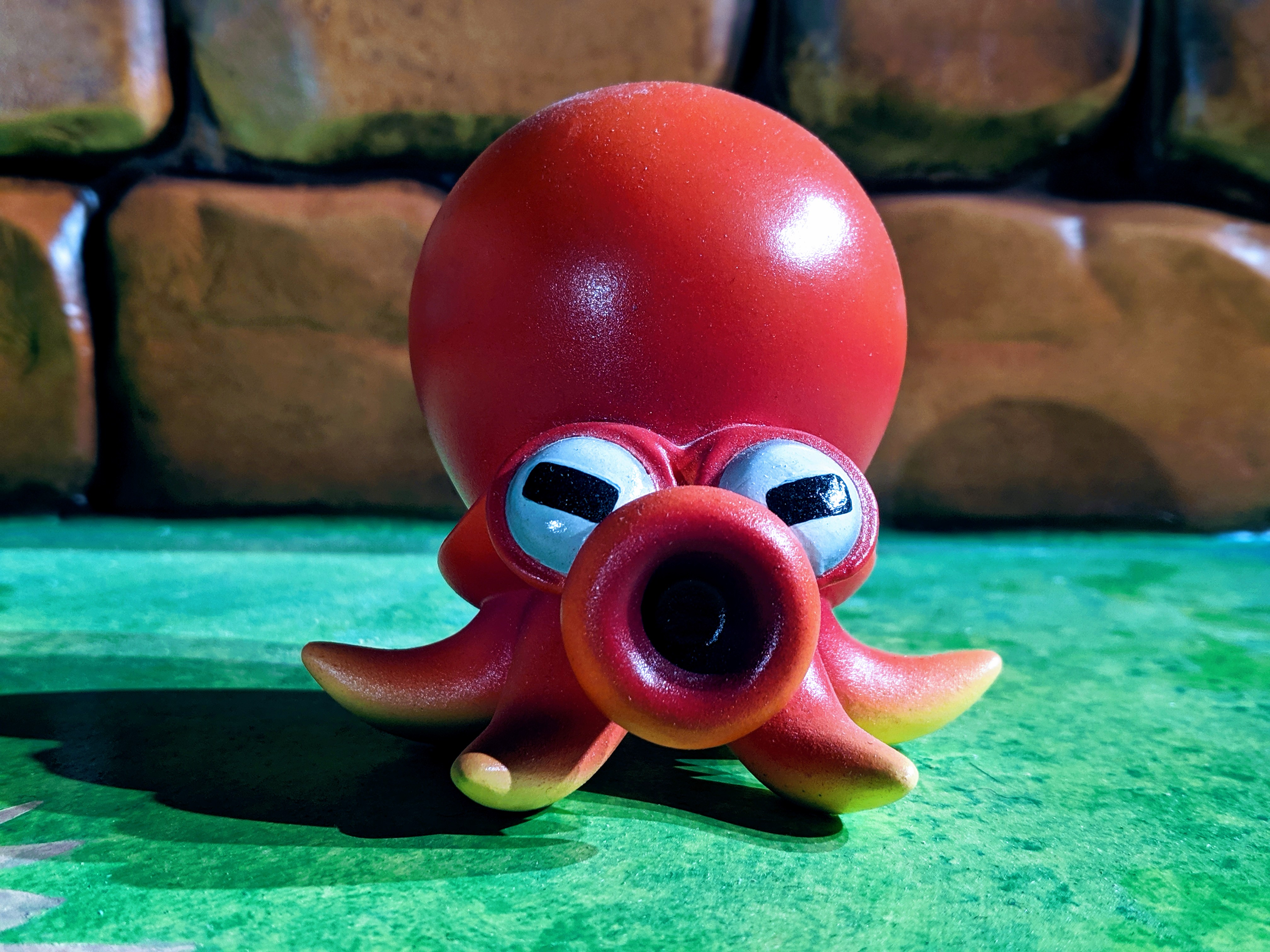 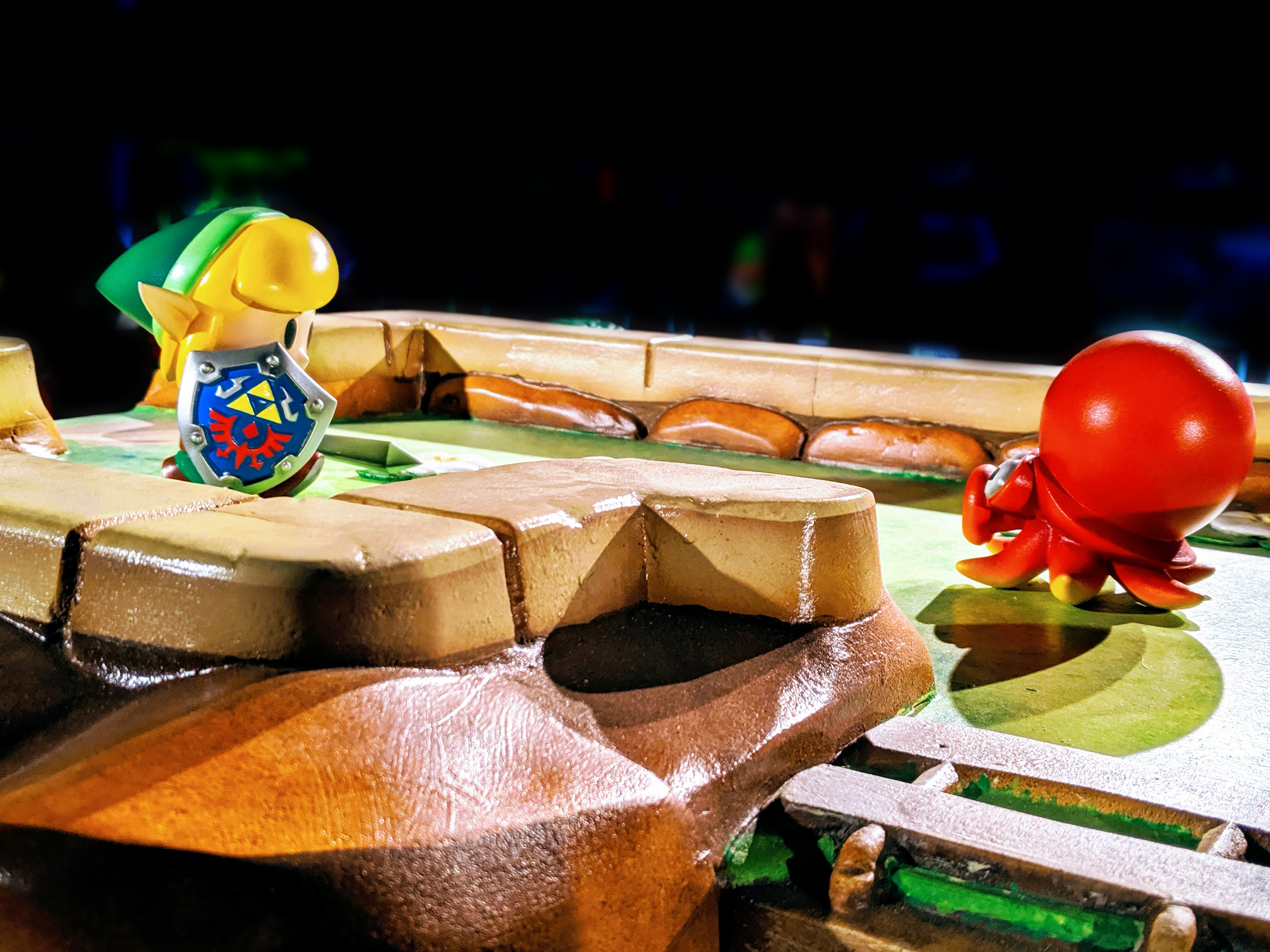 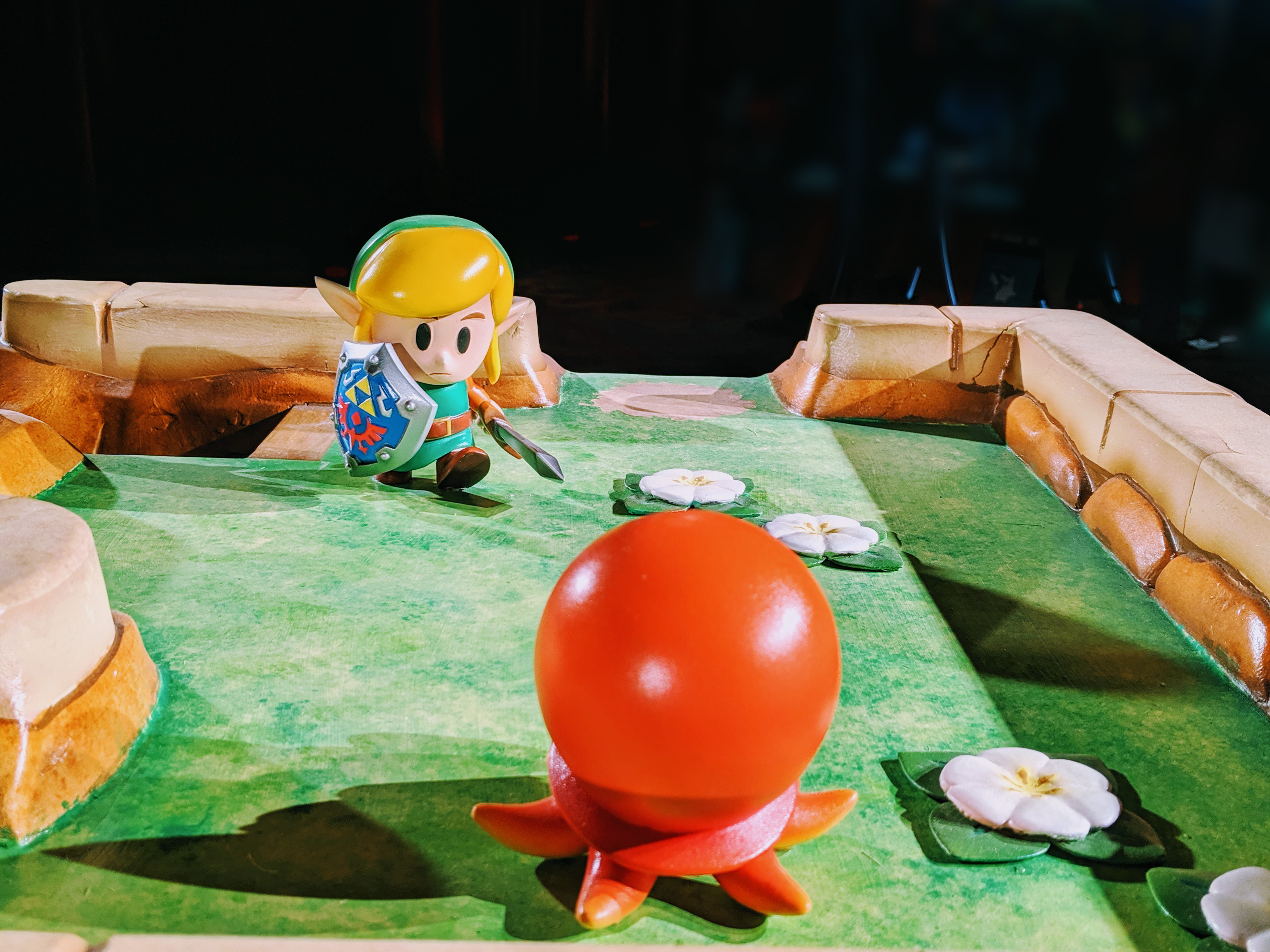 In Far Cry 5 you can have two “for Hire” troops, be it fangs, wings, sniper, or even a friend in cooperative mode to tackle any of the challenges the world has to offer.

One of the Ubisoft Montreal team members was on hand to help guide us through some of the new and returning features of the game, the first of which being immediately visible in my hand — melee weapons.  He was mum about what other melee items we might get, but the red white and blue aluminum bat rang nicely as I freed cultists from their consciousness with a satisfying “ting” sound.  Conversely, one thing that is not returning is the radio towers.  No longer will you need to clamber up towers to find intel – you’ll get that from local billboards, notes, intel in the environment, and conversations you have with the locals.  This pushes the player to explore rather than just ticking off boxes.

Naturally, I selected Boomer to help me liberate the town.  Climbing the water tower, I laid down righteous fury on the crazies below, but it was Boomer that was grabbing my targets and pulling them down for easy shots.  He was even nice enough to bring me a weapon or two.  “Who’s the good boy who brought me a heavily modified AR-15 with the M203 grenade launcher undermount?  YOU ARE!”  And yes, you can pet Boomer.   Possible game of the year?  I think so.  You can check out the liberation of a town in this gameplay trailer:

With the town liberated, I take a quick walk over to the local club – the Spread Eagle.  Inside I met Mary May – the bar’s owner.  She’s one of the characters that’ll give you missions and ideas of where to go next, including introducing you to your other “for Hire” – Nick Rye.  Driving a massive big rig (another first for the series), complete with American Eagle/American Flag paint job and hula skirt-wearing bobble head (I think it’s awesome they put PR Ninja Stone Chin into the game!) I made my way to the nearby objective.

Heading over to Rye & Sons, I find Nick’s flight training and tour school, along with some Eden’s Gate whackjobs.  Boomer and I quietly ended their afternoon, and Nick lent me his plane as a thank you.   But before I took to the skies to take out some corn silos where the Eden’s Gate folks are storing weapons and fuel, I wanted to slow things down and do a little fishing.

These quiet moments can be a real highlight in a game, and Far Cry 5 looks will bring back those back.  Hunting will be an essential part of the crafting system, as usual.  As Boomer swam into the water to cool off, I snapped up a fishing rod and aimed towards the ripples.  Pulling in a 2.97 lbs delicious looking Rainbow Trout, I packed up my fishing gear and headed to the plane.

This plane is meant to be a cropduster/trainer, but with the under wing machine guns and missiles, I’m starting to wonder what Nick is doing with his spare time.  Taking out the silos with missiles and guns was easy enough, but using the downward-facing hatch to drop bombs was the real treat.  On my way back to the landing strip the Ubisoft rep lets me know that one of “The Chosen”, enforcers for the church, was on my tail.  I tell him “That’s unfortunate” and he gives me a funny look.  He’s no match for me, because I’m far more crazy than he is.  Running towards him head on, guns blazing, I pull up at the last moment, dropping a bomb directly on top of his plane as it zooms under mine, sending him careening into the ground in a plume of smoke, and ending the demo.

Before I closed out my time with the Ubi team, I had to mention that the dynamic music during the missions was some of the best I’ve heard.  The audio team at Ubisoft Montreal should be able to pick up a few awards for their work with this one.

I came away excited for the revamped gameplay elements, and I had a lot of fun with the 30 minute hands-on time I had with Far Cry 5.  The team is taking some much-needed steps with the series, and they look to be paying off in a big way.   All of that said, I also left the booth with one hope for this game, and it’s a big one:  We need Ubisoft to not shy away from the setting and the real-world impact of lunatic fringe nutjobs like the Seed family.  Yes, the enemy here are radicalized Christians.  Yes, some of them are white.  If you are trying to make games multicultural, you can’t ignore that many of the worst events in American history were perpetrated by disturbed individuals grown right here at home.  So my ask is this — don’t give into the racist pressures to water this down, make the antagonists brown, or otherwise turn away from the message here.  Far Cry 5 was inspired by historical events and characters — let’s not pretend they don’t exist.