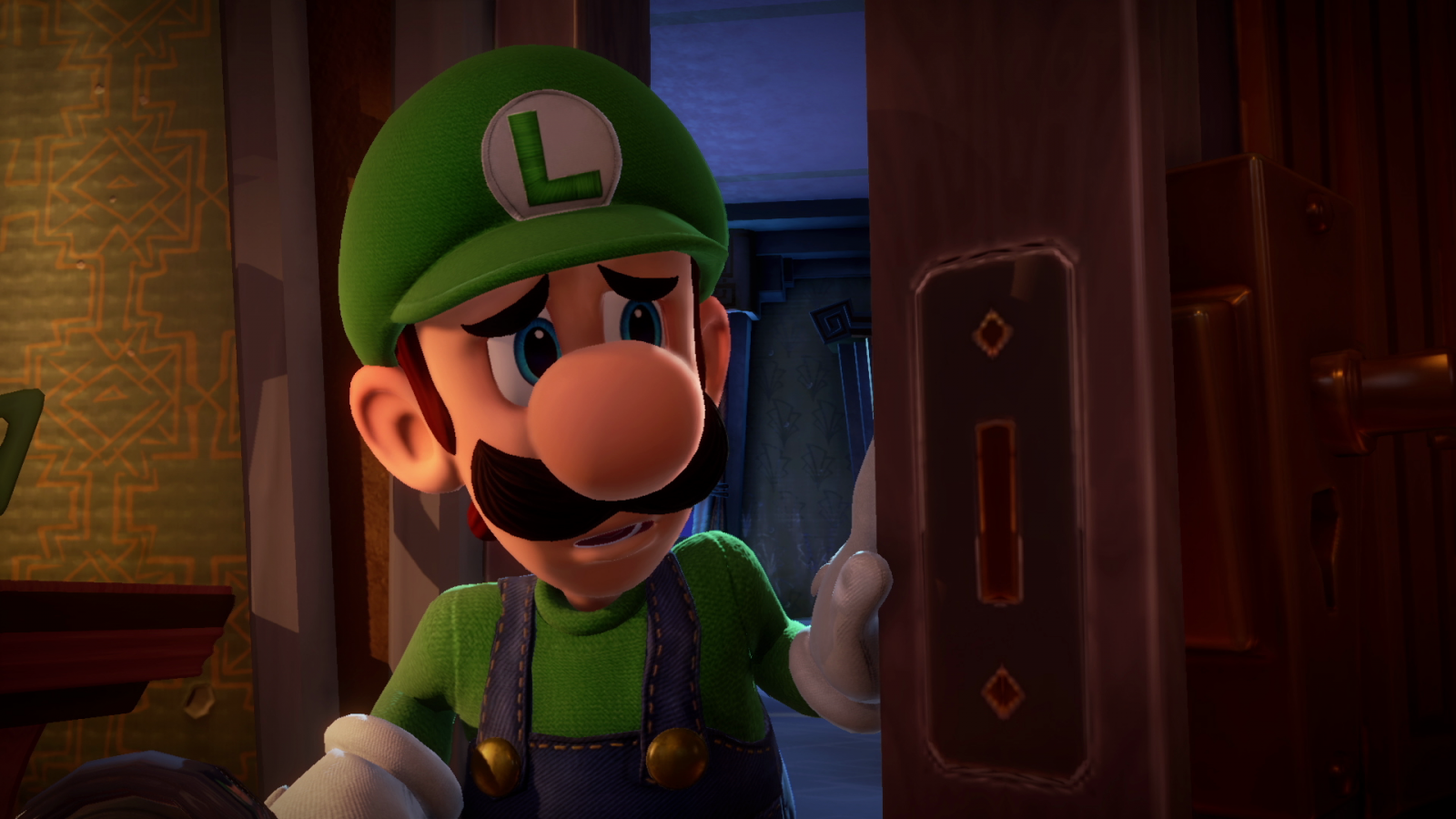 Our main man in green is back! Luigi’s back to doing what he does best, taking on ghosts, and from what I’ve played of Luigi’s Mansion 3, it’s the follow-up we’ve been waiting for. 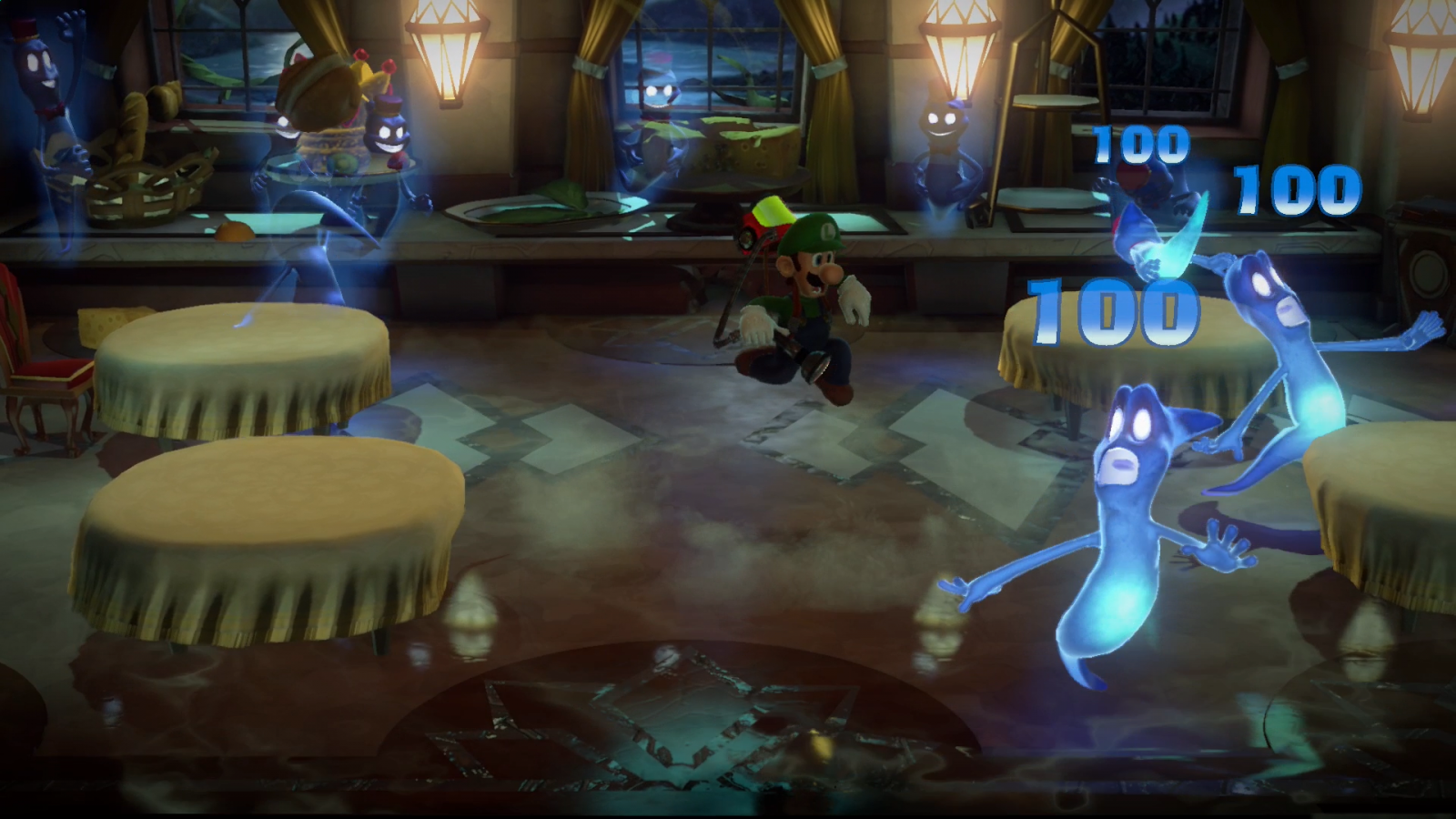 The demo centered around reaching one boss ghost to fight in a gladiator battle, but let’s not get ahead of ourselves yet: first, we need to talk about the new things Luigi can do. In the first two games, Luigi can suck up things with his vacuum, blow air, and use a dark light to reveal secret objects and doors. The main mechanic involved using Luigi’s flashlight to stun ghosts then suck up said ghosts all while avoiding their ectoplasma attacks.

When all of the ghosts are cleared, the lights in the room come on and you’re able to explore it to your heart’s content. Paintings may contain gold bars or money and there may even be secret entrances to other rooms. One room contained a frantic golden ghost that dropped a ridiculous amount of money when taken out. 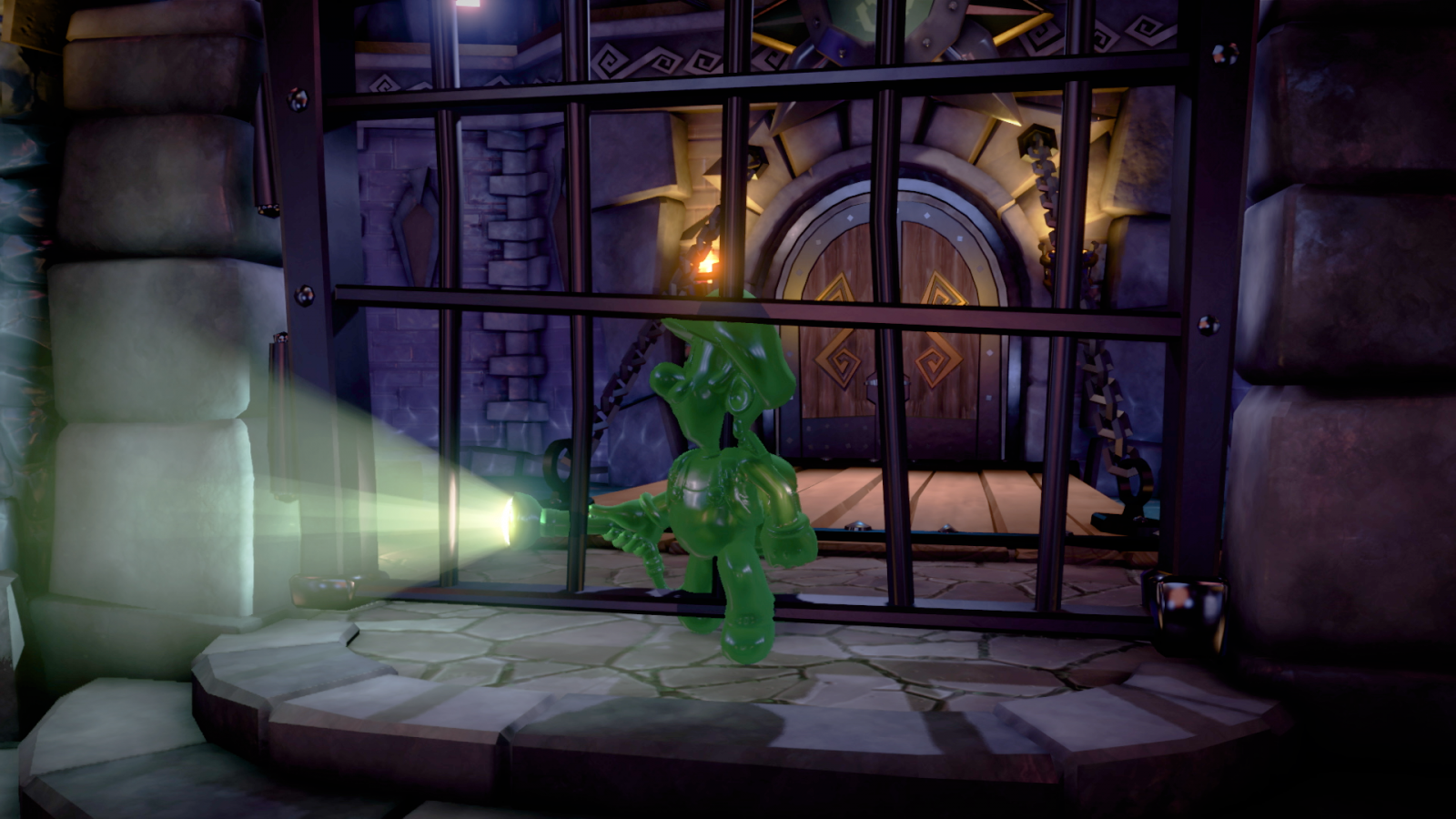 All of Luigi’s past abilities return along with new abilities, such as the ability to hop using a puff of air, create a goo replica to go through tricky obstacles, and shoot out a plunger with a rope to pull shields down.

Throughout the demo, these abilities were shown in full effect with different uses. At one point, I had to use Gooigi to send down an elevator that proper Luigi rode. To knock down a few walls, I had to shoot a plunger had it and pull it with the vacuum. This strategy was also used to take out shields that were used to block Luigi’s flashlight. 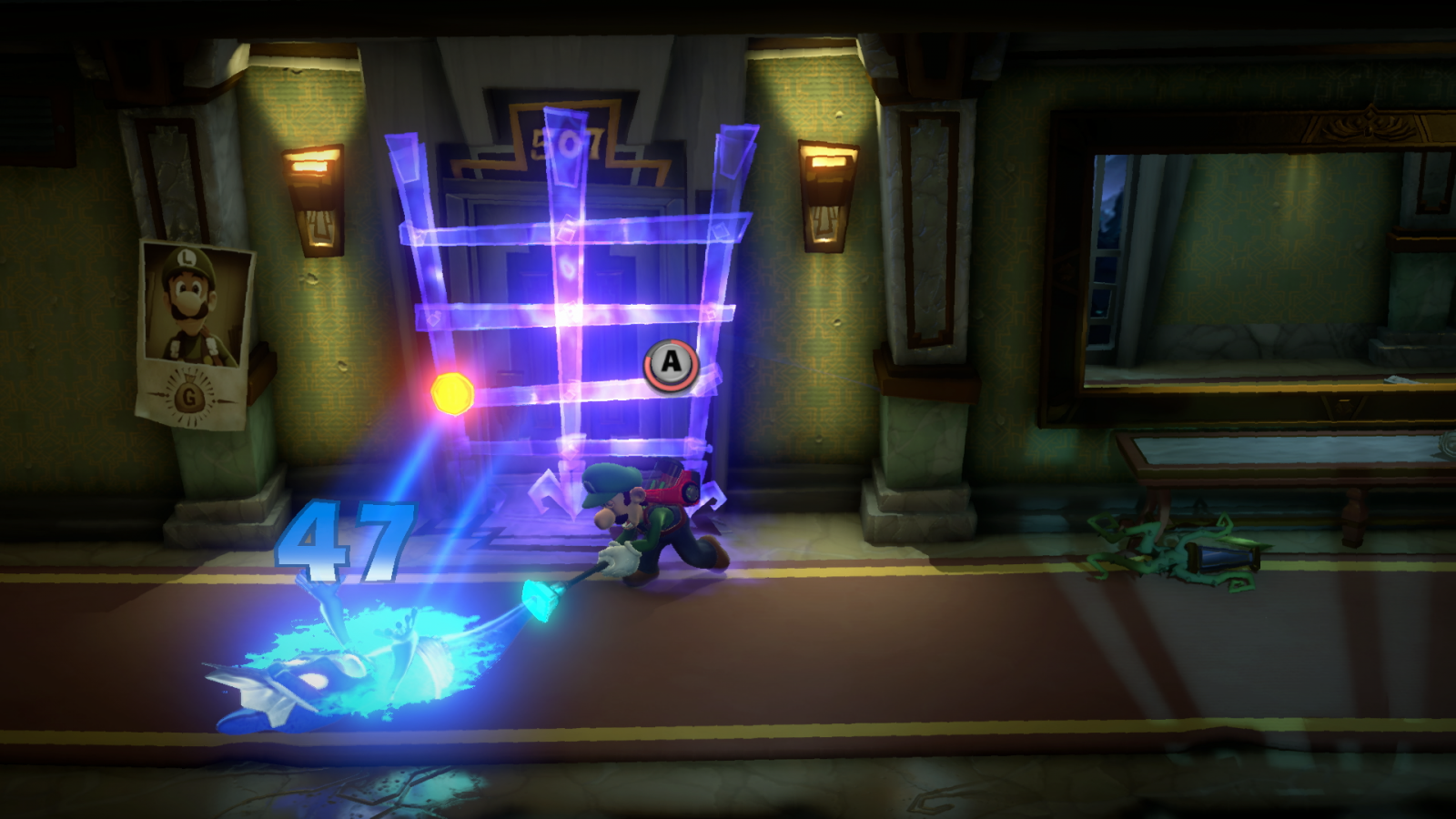 What is perhaps my favorite addition is a new move when you’re sucking up a ghost. While you suck up the ghost, a meter will fill. Once full, you can press A to lift up the ghost and slam them on the ground. Repeatedly. It is perhaps, one of the most satisfying things I’ve ever witnessed in a Luigi’s Mansion title. 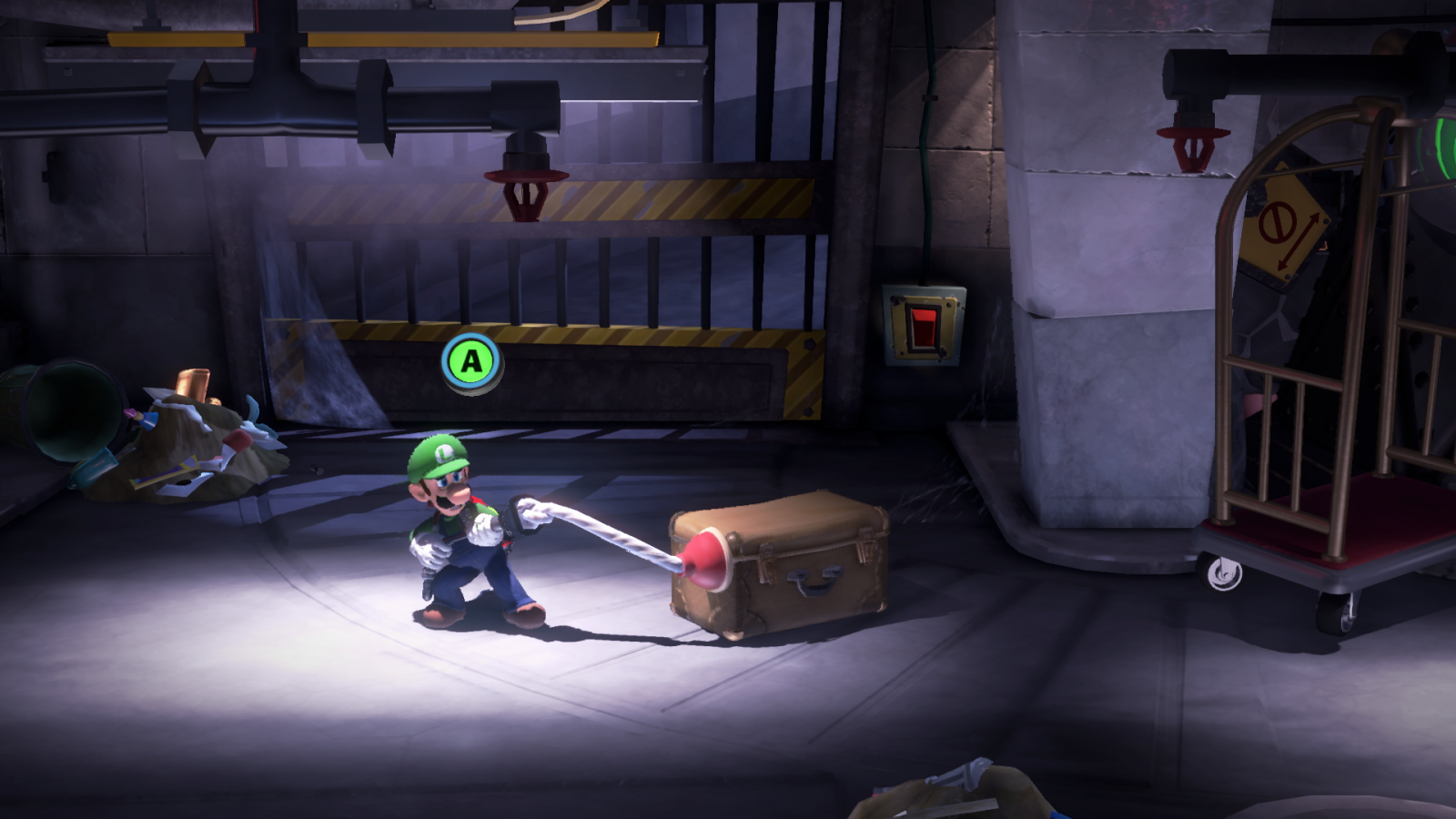 Fun boss fights are back as well. This time, I faced off against a ghost in an arena reminiscent of a Roman colosseum. As he chased me on his “horse,” I had to wait for the proper moment to first stun him with a flashlight, then hit his armor with a plunger, then try to pull it off. After three attempts, the ghost is reveals itself and I can stun him properly to suck him up. Finally catching a tricky ghost is the second most satisfying thing about the demo.

We’re excited for Luigi’s Mansion 3 to finally be released later this year, and in the meantime, stay tuned for more E3 previews and coverage here on Gaming Trend.