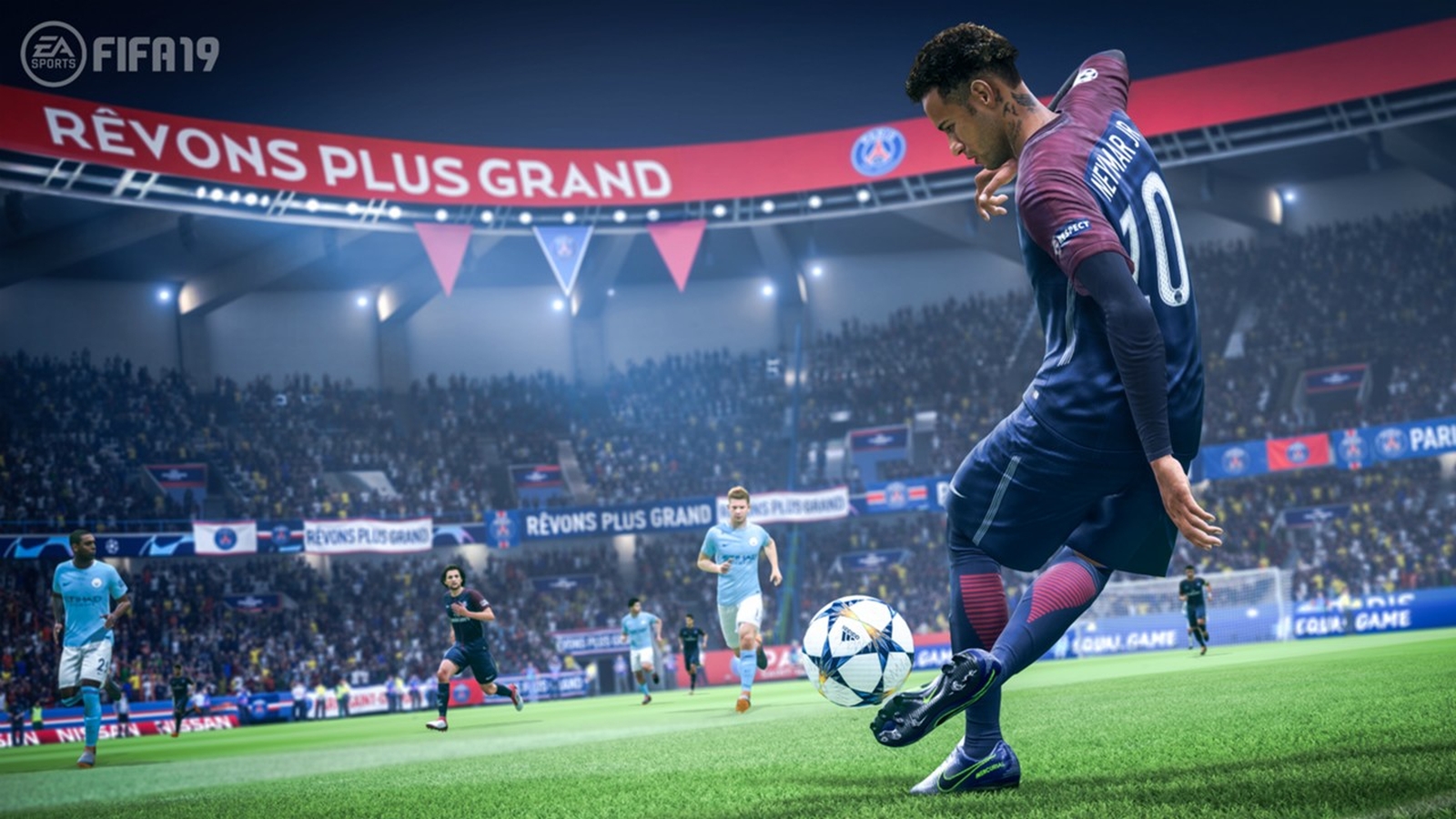 FIFA is a necessity for consoles. Each year, EA pushes out a new title in a way to perfect its gameplay and visuals. This year, FIFA will be powered by Frostbite once again and include the UEFA Championship League. At EA Play, I had a chance to check out the latest entry in the series, EA Sports FIFA 19.

At first glance, the Frostbite engine that EA is using for FIFA 19 is gorgeous. The field and each player are shown in such realistic detail, it’s hard to imagine how the engine could be improved. The pre-show for each game is more flashy, with banners from the new leagues appearing in all of their glory.

But FIFA 19 isn’t just a pretty face: this year’s iteration is also the first time the Union of European Football Associations (UEFA) will be appearing in the series since Konami’s acquisition of the rights in 2008. The teams are an exciting lineup and will be implemented in standalone tournament mode, The Journey, Career Mode, and FUT-related content.

There are tweaks to the gameplay as well. There is a new Active Touch system that gives more control to the player. Each player feels slightly different, giving you more control over how your team handles and how you will strategize your lineup.

This element of strategy is highlighted with the new Dynamic Tactics system, allowing for several game plans customized pre-match, executed using the D-Pad. There is also the addition of a Timed Finishing system where a player can double-down on their chance of getting a goal by hitting the shoot button twice. If done correctly, the chances to make a goal are higher, as there will be more curve, accuracy, and speed in the shot.

EA Sports FIFA 19 continues to perfect the genre while makings risks, such as the new shot mechanic, that are sure to divide players initially. It will be released on September 28th, 2018. For more hands-on experience out of E3 2018, check out the E3 section on Gaming Trend.