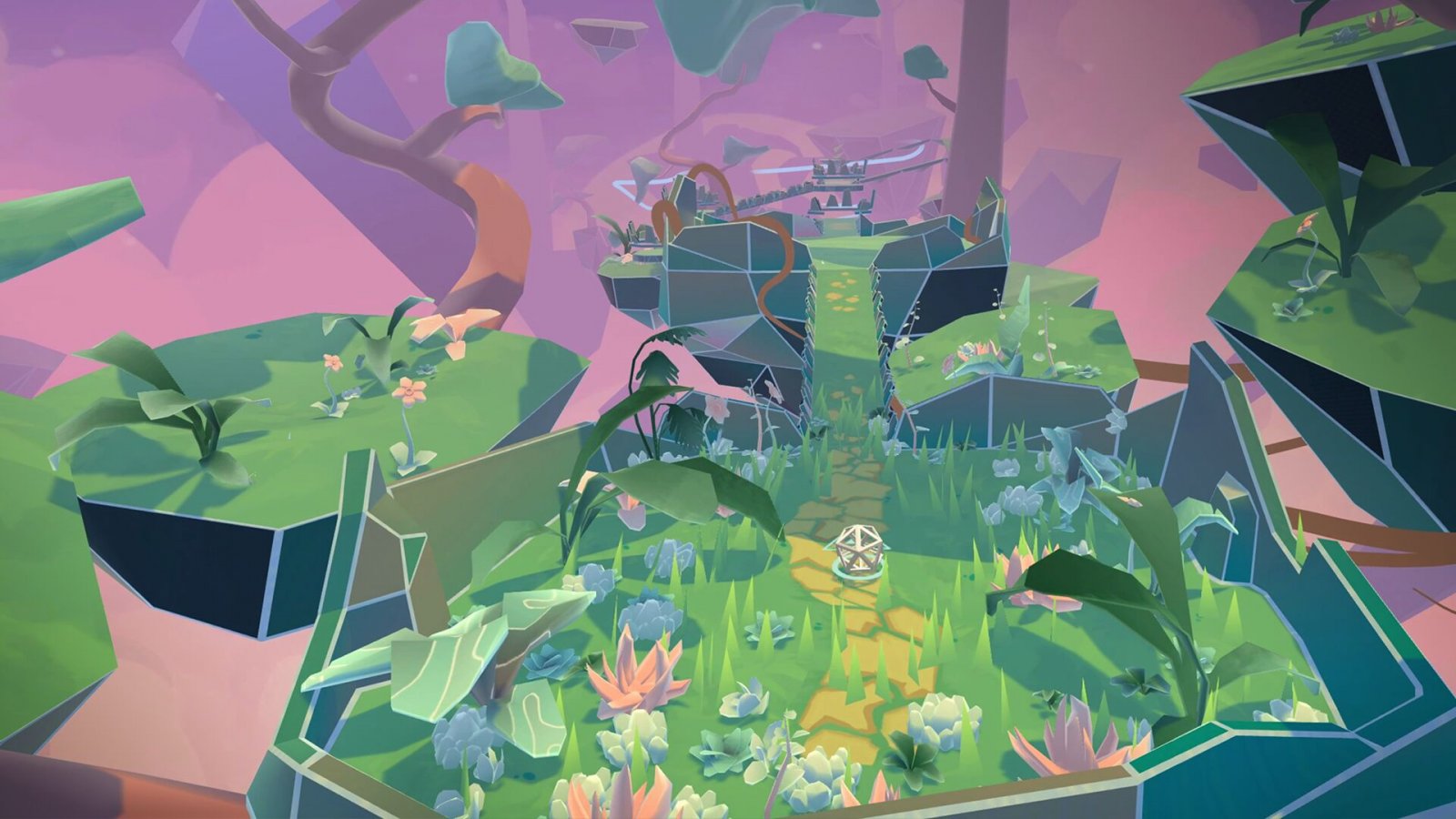 As I put on the PSVR headset, I wasn’t sure what to expect. I was greeted by a short comic of a girl wandering through a wasteland. Soon, she finds a mask and places it on her face, that’s when the comic dissolved into a beautiful landscape ahead of us. Suddenly, a ball appeared in the middle of this platform. This is where my hands-on demo of Arca’s Path VR began.

Unlike traditional games in VR, Arca’s Path wasn’t first person perspective. Instead, I had to tilt my head to guide the ball down the path with a small indicator. With each movement of my head, the cursor moved and the ball followed. Paths grew to be narrow, with some moving platforms added later on.

The whole process felt extremely fluid. While this was my first time touching a VR headset, I was able to grasp the process very well, making this a great title for anyone that needs an intro into VR. Each stage also contained collectibles, which will unlock time trial mode for that level if you collect them all in the full game.

The world of Arca’s Path VR is beautiful, but looking around to admire the scenario could send my ball to its demise. The fact that the demo does not yet have super-sampling that will be available in the final version of the game makes me itching to see the end product.

When my demo ended, I was given a brief cut-scene of the levels to come later in the full game. The levels showed off contained extremely narrow paths and terrifying obstacles. I was horrified, yet curious to find out if I would be able to complete the challenge.

Of course, we’ll have to wait for the full game to be released to experience this potential ball-physics-based trauma. Arca’s Path VR will be released later this year on PC and PlayStation 4. Stay tuned to Gaming Trend for more hands-on coverage out of E3 2018.