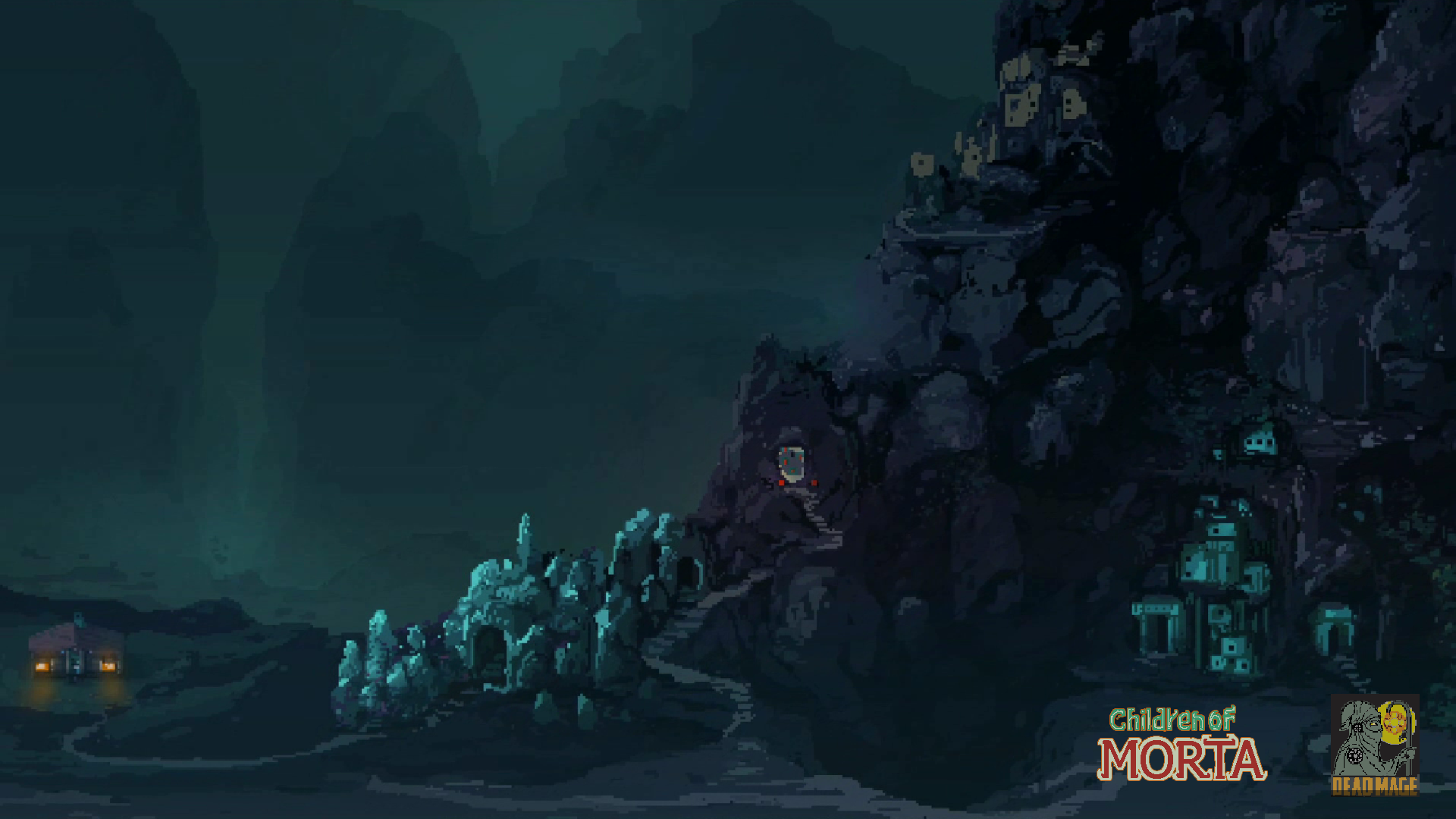 You know you’ve found a good game when you complete the beta and are inherently disappointed that you have to wait like everyone else for the full version. This was my experience in playing Children of Morta.

Developed by independent studio Dead Mage, Children of Morta follows the Bergson family, the designated guardian family of Mount Morta, and the only ones capable of dealing with the mysteriously corrupted god of Morta. John and his family members, each with their unique set of skills, set out in this “rogue-like hack and slash” to find the truth about the fate of their god. Only then can they stop the land around them from dying.

During the beta, I had the opportunity to play as three family members. There was John, a tank, sword-and-board character, and his daughter Linda, an archer who also uses her bardic skills to stun and combat her enemies when they get too close. Finally, there was Kevin, the youngest son who read one too many Naruto comics and decided to become a shadow melding, dagger whirling ninja himself. Playing him was probably my personal favorite, but I ultimately used Linda for the majority of my playthrough (I’m a sucker for range). The game not only lets you explore what it means to be a hero, but what it means to be family, fighting together as one unit in dark times.

The gameplay was immensely entertaining, as well as solidified my theory that bats are arguably the most annoying enemies to fight in any video game ever. Members of the Bergson family slash, shoot, and sneak their way past a variety of strange enemies, ranging from the standard skeletons, spiders, and bats, to the strange demons spawning from the corruption itself. You gain upgrades in the form of runes and relics that boost one’s abilities to trek through the levels, such as poison arrows for Linda, or explosive daggers for Kevin (I had far too much fun with those).

As far as difficulty goes, be prepared to die– a lot. However, there didn’t seem to be much of a penalty for death apart from starting the level over. You keep your levels and, over time, can get further in with more talents, tricks, and tact. It felt like a grind at times, but I think the important takeaway from that is that I never felt like I was grinding. The three-part level I had the opportunity to experience was never the same when I came back. For a series of caves, it changed constantly to keep things fresh and interesting, so it’s never a matter of running it like a maze.

The pixel art was stunning. The characters themselves weren’t terribly detailed, but that meant little in comparison to the beautifully crafted setting of the Bergson’s home, to the caves that I traversed. It gave me a new appreciation for the time and love independent developers put into their games for the player base to enjoy. The game is legitimately difficult to find any critic worthy faults. I had a hard time putting the game down or peeling my eyes away from the spellbinding art. Children of Morta met any expectations I had and then went beyond it the further I got into it. I am counting the days until its full release.

Children of Morta will be available on Steam Early Access on September 15th, and will be available on the PS4, Vita, and the Wii U upon the full release. If you’re a fan of rouge-likes, there’s little excuse not to add this to your “must play” list as soon as you get the chance.