While everyone loves the Doctor, it seems like no one actually wants to be the Doctor. Doctor Who fans dream not of taking on the role of Time Lord, but of traveling alongside the Doctor on his or her journey. That is the basis for developer Maze Theory’s new game, Doctor Who: The Edge Of Time, a VR experience which places you in the companion’s shoes as you explore the universe alongside Jodie Whittaker’s Doctor.

We got to pick up the Sonic Screwdriver and get a first look at the game thanks to a quick demo at San Diego Comic-Con. While it was only a brief look, it did provide a tantalizing glimpse into the puzzles and truly spooky environment the Maze Theory team has created. Our demo opened in an alley, where we were tasked with building a contraption which would summon the TARDIS. Using the Sonic Screwdriver, we collected a series of components and cobbled together an amplified radio, but no sooner had we assembled it than an alien spacecraft appeared, signaling that it was time to make haste into the newly-materialized TARDIS. 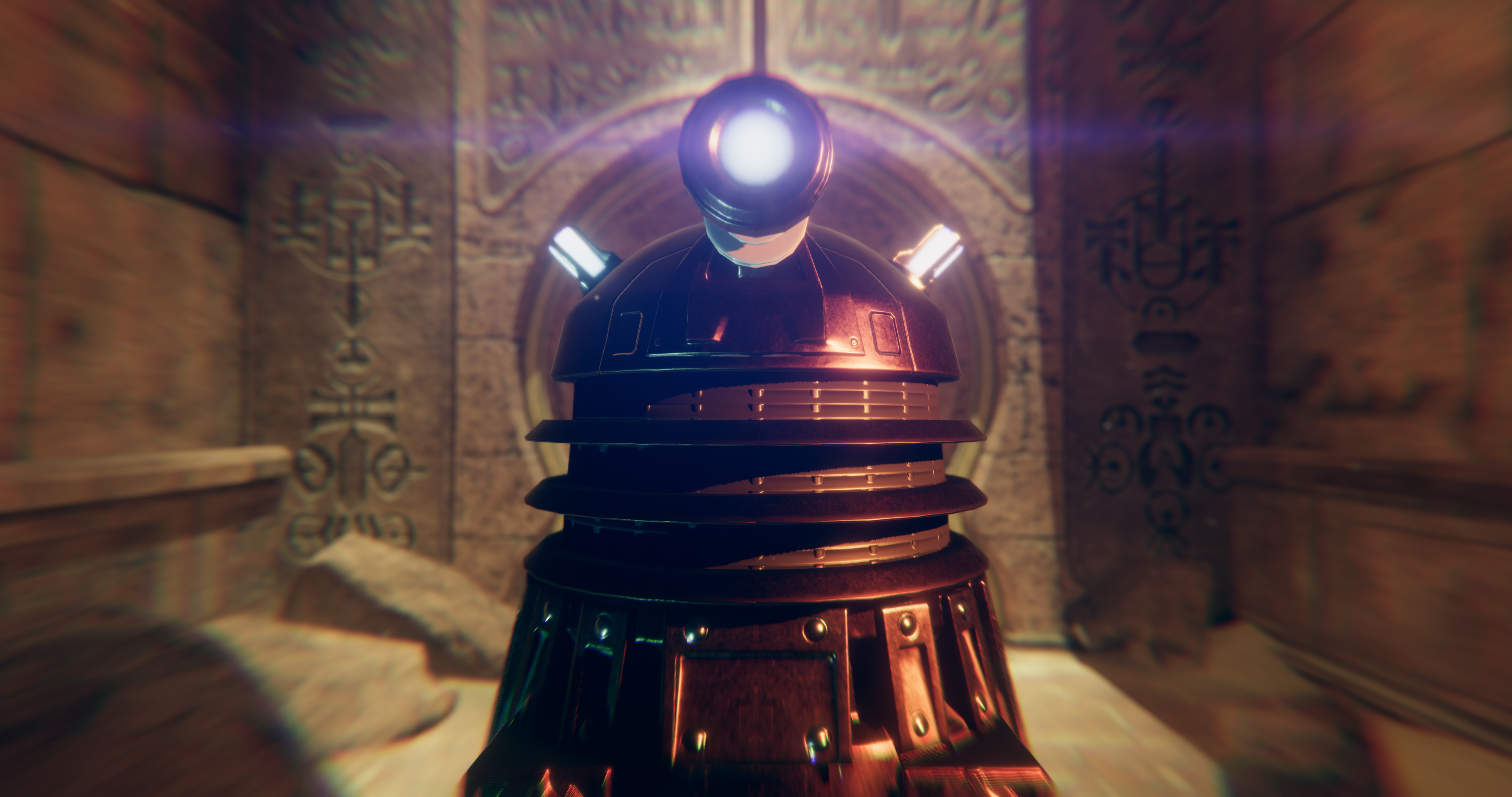 From there, there was nothing else to do but sit back and watch as the TARDIS spun its way through the time vortex, drinking in shockingly motion sickness free display. As someone who has spent hundreds of hours in VR but is still prone to motion sickness inside the visor, this in and of itself spoke volumes about the skill involved in creating the game.

With the demo over, we were able to step aside and learn a bit more about the game, which will be releasing this September. The most exciting news is that Jodie Whittaker herself will be voicing all the Doctor’s lines, as fans will have to puzzle their way across time and space in this new adventure. A blend of both old and new, players will join the Doctor, who has been hurled through time to the end of the universe and must stop a virus that threatens to rip
apart reality itself. You’ll be grappling with monsters both familiar and new, and piloting the TARDIS itself in order to collect time crystals and repair timespace in order to save the universe itself. 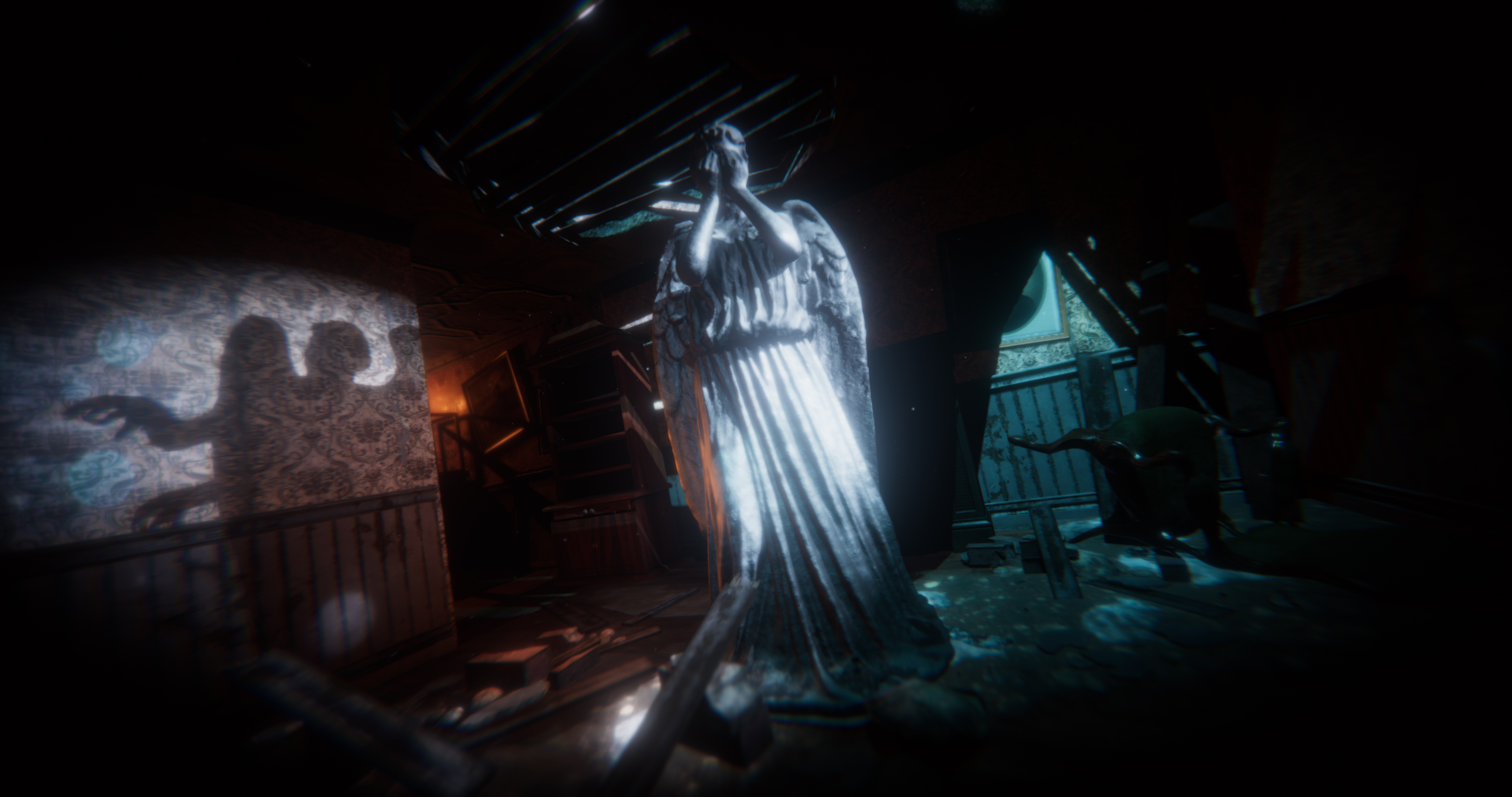 While we can expect a whole host of new monsters, such as the amphibious Hydrorks, and landscapes, there will be a few familiar faces in a VR experience that we’ve been warned will be filled with jump-scares. In addition to Dalkes, this adventure will also take you face-to-face with the Weeping Angels, a species of quantum-locked humanoids who have been haunting the nightmares of Doctor Who fans since their premiere in the episode Blink. Apparently, you’ll have to try and crack a puzzle while also keeping an eye on the Weeping Angels, and I honestly don’t even want to think about what that VR experience is going to be like if you don’t solve the puzzle in time.

We’re excited to learn more about Doctor Who: The Edge of Time in September, when it will be releasing on PlayStation VR, Oculus Rift, HTC Vive and Vive Cosmos. Check out the video above, then head on over to the Steam Store to learn more and add it to your wishlist.