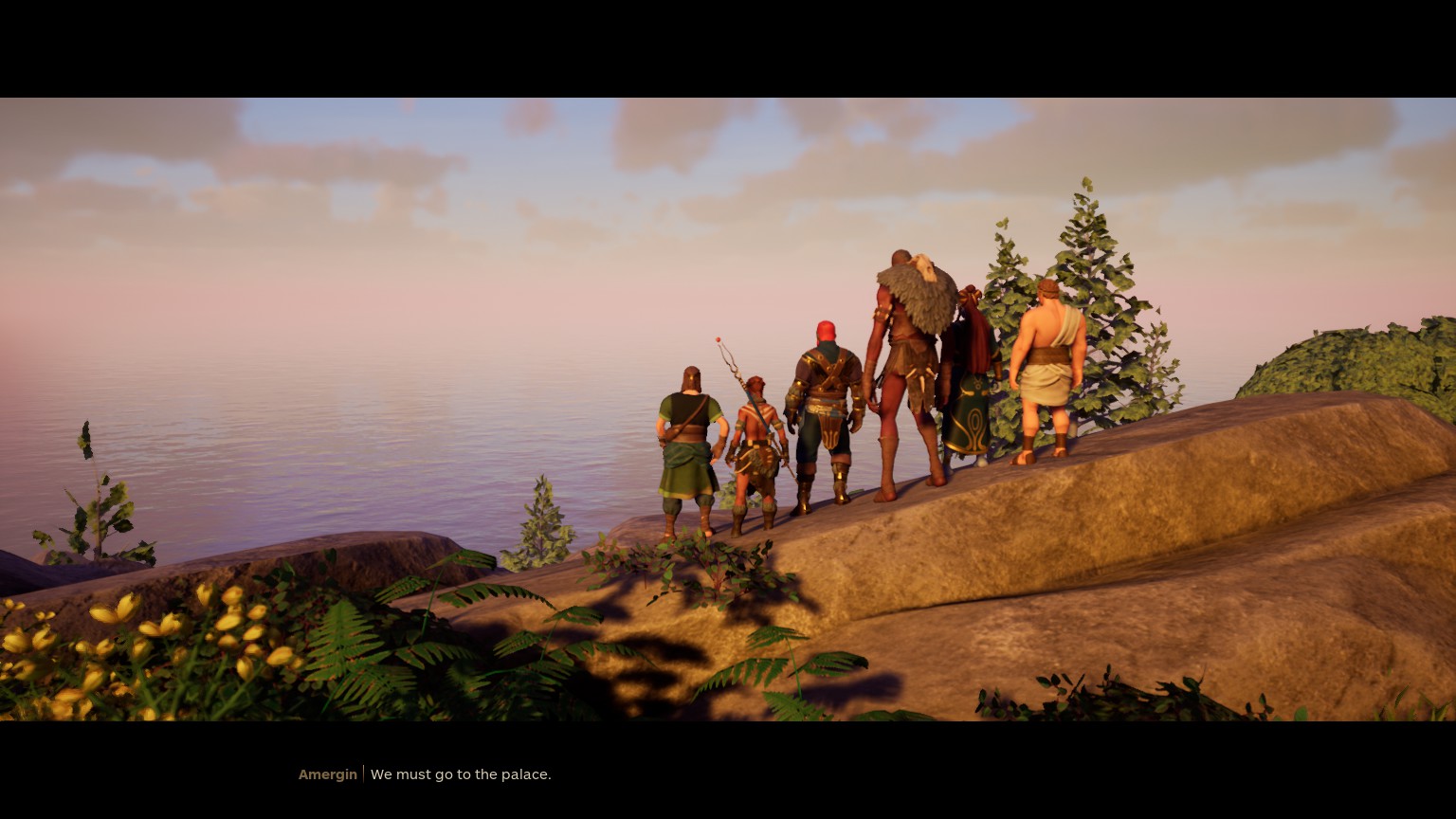 If you’ve been looking for a game to fill the void games like Dragon Age or Pillars of Eternity have left, look no further. The Waylanders is a tactical RPG set in a fantastical Ireland filled with gods, monsters, and myths brought to life. The game is currently in early access on Steam, and we got to play through a small bit of the main story along with a few side quests. While the game is obviously unfinished and needs quite a bit of polish before a full release, it may well be worth checking out even in this state.

Like many RPGs of its ilk, you begin by creating your character. You can choose from two general body types, male or female, and four different races, humans, werewolves, mourians, and half-fomorians. There are also four classes to choose from: warrior, sourcerer, rogue, and healer. There are also multiple backstories to choose from, currently humans have two options while all other races have one. While you can customize your appearance in terms of race, sex, and hair and skin color your character’s build and face shape is determined by their class. Warriors will always be bulky and magic users always thin and frail. After customising their appearance, you allocate points to stats such as strength and intelligence. In the final step of character creation you can enter your character’s name and, in a wonderful surprise, choose their pronouns. I commend the developers for this inclusion, but a few more options in terms of appearance would be greatly appreciated. For example, in my initial playthrough I went with a werewolf sorcerer and I would have liked to make her more beastly and bulky in appearance, basically like a typical werewolf who instead sits back and casts spells. 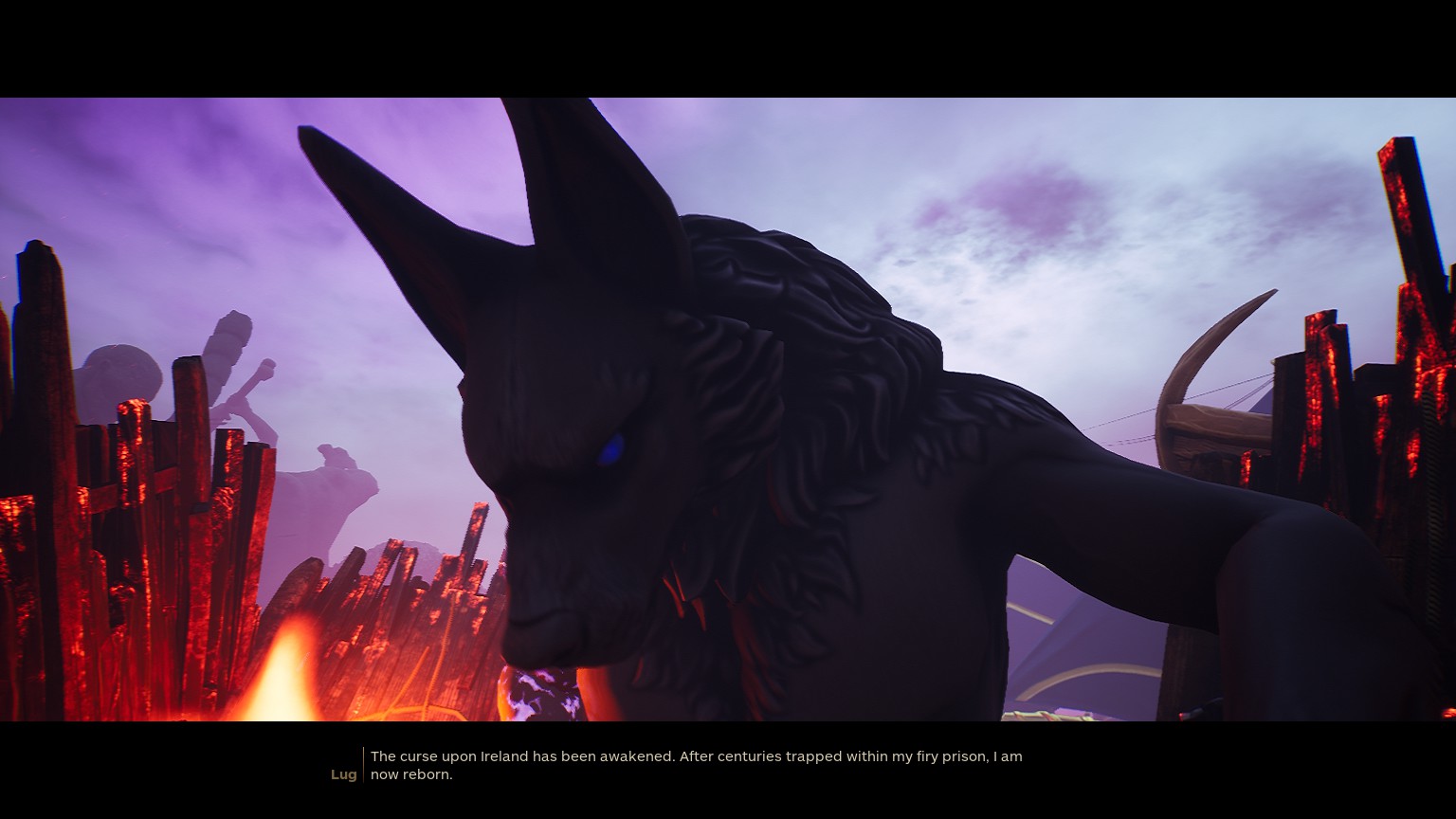 After creating your character, you find yourself on a celtic ship accompanying the king to meet their gods; the Tuatha, as they’re called. You meet the other emissaries as well as the prince, and dock on the Tuatha’s island. The cutscene is currently missing, but the meeting goes horribly wrong and, after defeating the Tuatha, Luc, you and the king are both killed. Well, at least you come very close to death, closer than anyone ever comes back from. Months later, one of your companions revives you only to find that you no longer exist in the tapestry of fate. In other words, you have no destiny. From there, you set out to find what happened to you, why the Tuatha are suddenly hostile, why magick has suddenly gone haywire, and hopefully remedy some political unrest while you’re at it. It may sound like something you’ve seen before, Kingdoms of Amalur in particular comes to mind, but trust me when the setting of a mythical Ireland sets this game apart from its predecessors. When you wake up from being dead, the city you find yourself in is gorgeous and unique even in this unfinished state. It’s golden architecture and multiple waterfalls instantly grab your interest, and that’s not even mentioning the area’s golden eyed mourian inhabitants. While you won’t find any NPCs outside of your party to speak to in the story here, the characters you can talk to have a dry wit to them which will quickly endear you to them, though they can be a bit too mean at times.

While the story is very interesting at the start, I do wish my character could be a bit more involved. There are dialogue options, but most of the time you’re asking questions to learn more about what’s going on rather than offering an opinion. While I’m making suggestions, dialogue skill checks would also go a long way to making me more invested in my character. The dialogue is often at times my favorite part of RPGs, and the one presented here could use a lot more fleshing out. 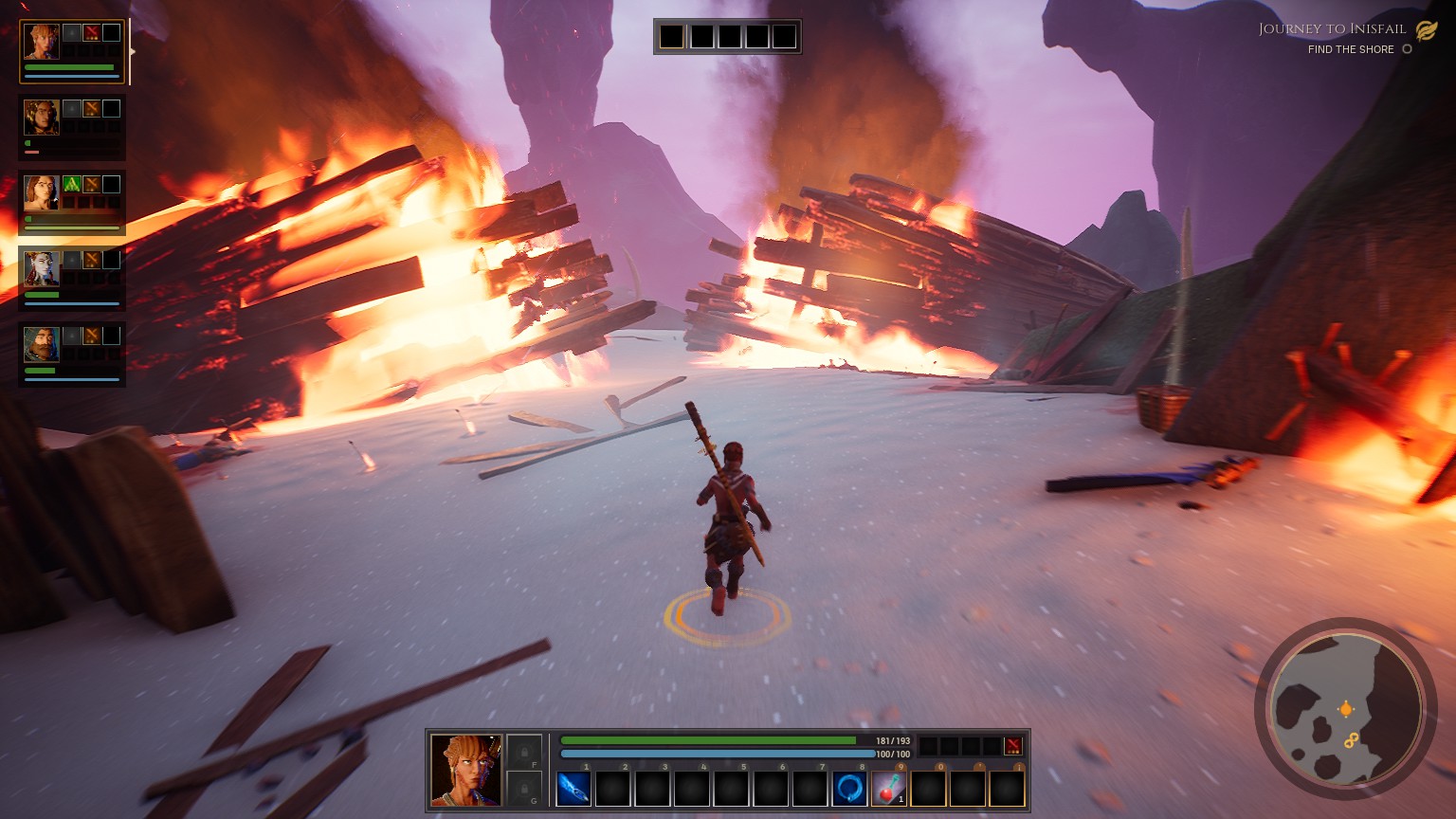 Combat in The Waylanders skews more towards Dragon Age Origins than it does, say, Baldur’s Gate. You control one character at a time, moving with either WASD or by right-clicking the environment. Clicking on an enemy will cause your character to begin auto-attacking, and you can use any of the skills on your hot bar as long as they aren’t on cooldown. At any time during combat, you can press the spacebar to pause the action and consider your next move. You can also swap to anyone in your party simply by clicking their portrait, though if given no orders they will act on their own. In most situations, I stuck with my character and spammed my basic spells, though occasionally I would have to order a party member to use a healing spell. The early access build sees you in the early stages of the game, so I’d imagine things will get more complicated as you progress, but as it stands combat is simplistic yet fun. There were a few close calls, but my party could cut through most foes like a hot knife through butter. This was perfect for me, as I play most of these kinds of games on the easy difficulty, but some players may want a greater challenge and unfortunately there is no difficulty selection as far as I could find.

The Waylanders is a very promising early access title. With a lot more polish and some extrapolation on mechanics, I could see this becoming one of the greats of the genre alongside Knights of the Old Republic 2 and Icewind Dale.