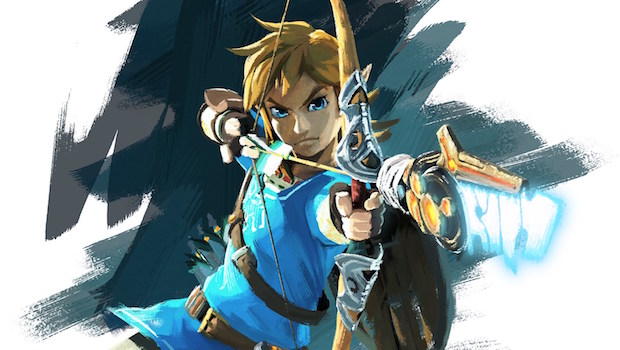 Most Zelda games open with a colorful burst of exposition and character. A humble beginning, an unexpected hero, and a gaudy green tunic; these things are routine for any tale of Link.

Breath of the Wild doesn’t fall into those narrative schematics, though. At the outset, Link awakes, in a cold and quiet cave, submerged in a blue liquid. Lights dance around him, underlying some sort of arcane technology. As he gathers himself and journeys into the world, it becomes clear: Hyrule, as we knew it before, has been shattered. Its hero has been slumbering for a century, as packs of marauding goblins and the earth itself have slowly chipped away at what’s left of the glorious land Link calls home.

It’s a quieter Zelda game, at least from what we saw in our E3 demo, and it’s more self-propelled, less guided. But these changes don’t inhibit the game at all; in fact, Breath of the Wild is like a breath of fresh air for the series, with so many new mechanics and components all working in surprising synchronicity.

For the first time, Link can scavenge and cook. Rather than recover health through random hearts in the grass or pots, Link has to hunt or forage for food, then consume them to heal a few hearts worth or cook them into full-fledged meals for massive recovery.

Beyond just being Hyrule’s next master chef, Link can find all kinds of weapons and items around the world to wield. You aren’t necessarily limited to the green cap, or sword-and-shield combo the Hero of Time is known for. Instead, you can wield axes, tree branches, or a claymore; whatever you can find lying around, Link can likely use it as a deadly weapon.

It’s this kind of open approach to Zelda mechanics that makes Breath of the Wild feel like a huge shift for the series. Once you’re out in the world, after a short intro segment and tutorial, you’re free to roam. See something interesting? Go there. Want to know why that mountain looks odd? Find out. Your map builds on this even more, showing vast expanses of land and letting you mark different landmarks and points of interest. Yes, a Zelda game has towers that you climb to find markers of importance.

You’ll have to consider things like warmth, and noise. Stealth is an option, as you can crouch to sneak around, with a waveform equalizer in the corner showing how much noise your actions are making. Colder climates will harm Link, while warmer will do the same as well, so you’ll need different sets of clothes to manage both extremes. There’s a day-night cycle as well, and even a clock on your minimap keeps track of the hour of day.

Through more of the demo, we saw hints of the massive breadth of this world. Over 100 shrines hide away new challenges, as well as the likely return of larger Zelda dungeons. We encountered secret hideaways, caves that held hidden treasure and new armor to wear. As we careened off a cliff, we zoomed in on an enemy with the bow and time slowed down, as Link steadily lined up the shot and loosed the arrow.

It’s a much more quiet affair too, as Link is largely by himself. An enigmatic voice guides him, pointing him towards certain landmarks and places, but for the most part, Link’s ventures in our demo were alone. A tap of the Wolf Link amiibo lets you summon the wolf from Twilight Princess, with the heart-health it had in your Twilight Princess Wii U gameplay.

This Wolf amiibo adds a fascinating dimension to Breath of the Wild, to the point that it seems almost necessary for the game. Having a dog companion running around is a huge boon; Wolf Link can distract enemies, retrieve items, and serve as a fun buddy to romp around with in a dilapidated Hyrule. Three new amiibo have been announced for the game, two featuring Link in different action poses, and one of the titanic Guardians that roam Hyrule.

There’s so many questions I want to ask about Breath of the Wild — how did Hyrule fall into such disrepair? Why has Link been asleep so long? Is this a new Link or an old one, preserved for a second battle for the fate of the world? Why is there technology everywhere, and who built it?

But in many ways, that’s why The Legend of Zelda: Breath of the Wild was so captivating. It just opened the door enough to see the scale, without giving away the end goal of it all. We know this game’s format, the way it presents itself, but the question of how it will use that to change the face of Zelda is still unanswered, yet we’re intrigued enough by this demo to snap at any bit more we can find. If prospects hold true, Breath of the Wild could be a landmark entry in one of the most popular series in games.