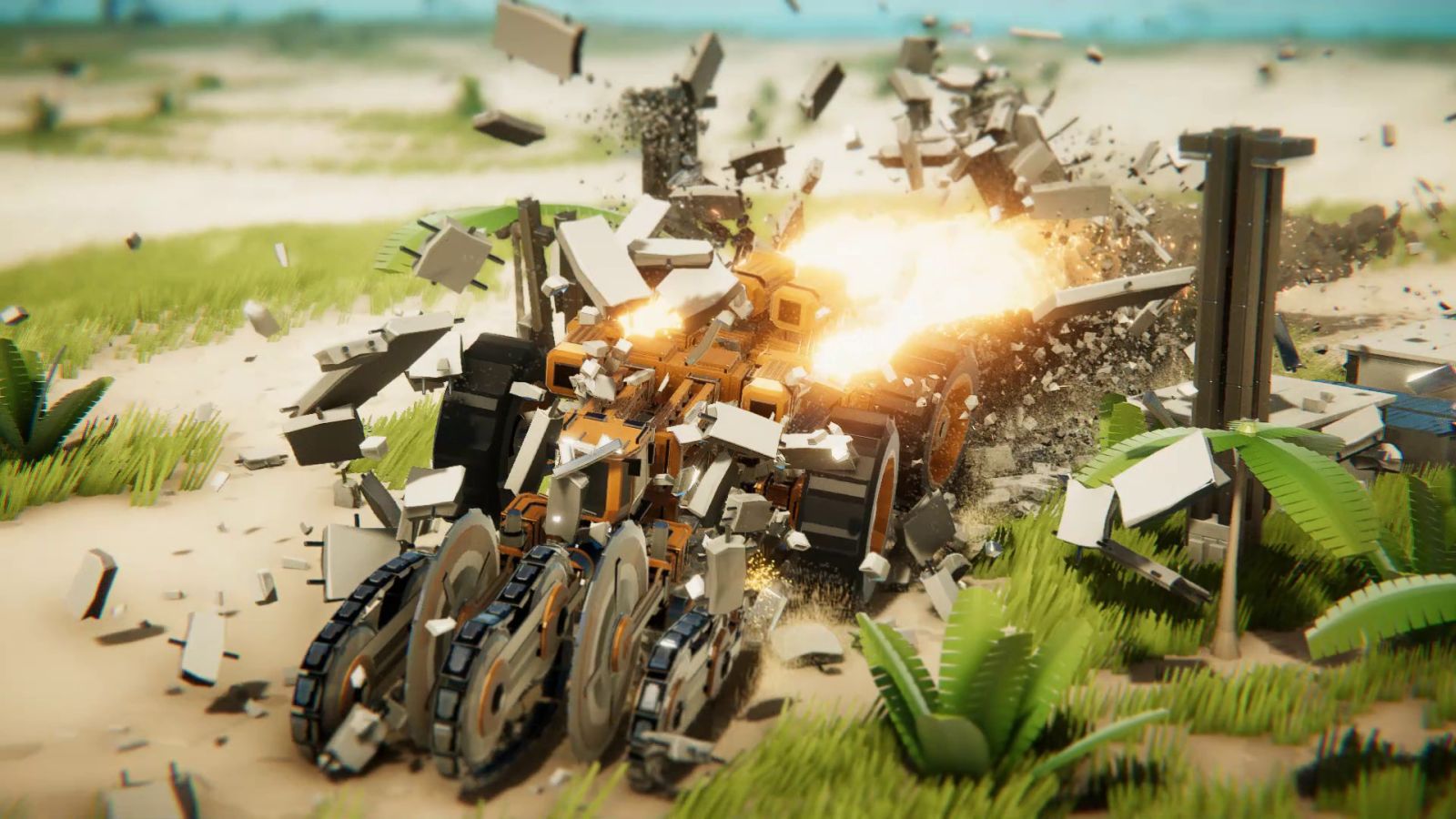 Physics-based games can be hit or miss, but one thing is certain – they are always nuts. Games like Goat Simulator are janky as all get-out, but that doesn’t get in the way of the fun in any way. On the other end of the spectrum are games like Besiege which gives players a metric ton of building blocks and asks them to complete simple tasks such as destroying everything in their path. I prefer these engineering-based games, so I was eager to dive into Instruments of Destruction for a hands-on preview. 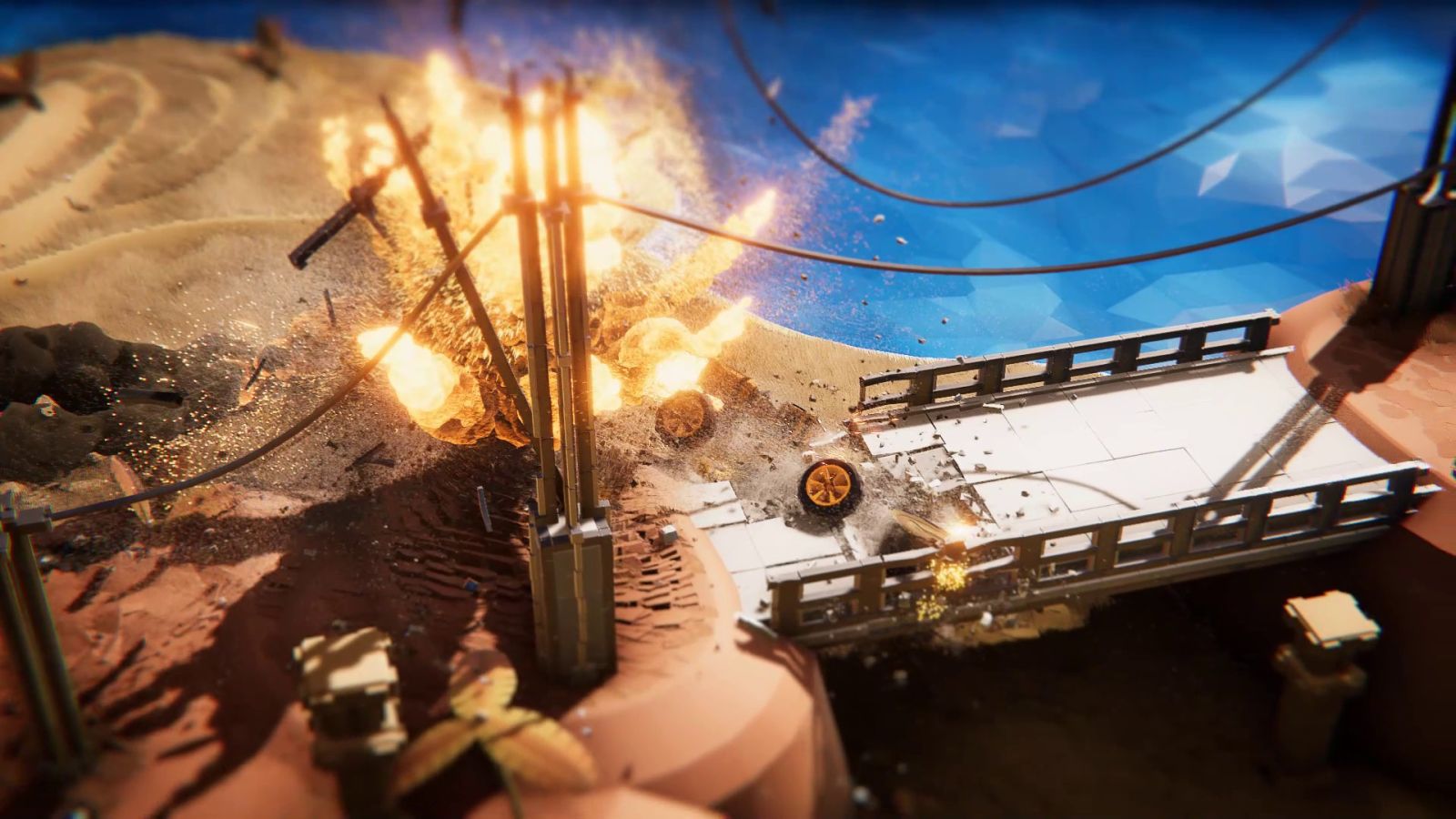 I want to preface this preview with the most mind-boggling thing about Instruments of Destruction – it’s made by a one person shop. Impossibly, it ticks the boxes for skills that normally require an entire team of engineers and artists to deliver. Physics, mechanics, graphics, and completely bonkers gameplay are all being handled by Radiangames’s founder, Luke Schneider. When you look at his work at THQ and Volition as a Senior Designer for titles like Red Faction II and Red Faction: Guerrilla, two games with incredible destruction physics (and a rainbow-farting unicorn, but that’s not relevant here…or is it?), you can see the pedigree from those two titles come to life in this one. Without further ado, let’s blow up some buildings! 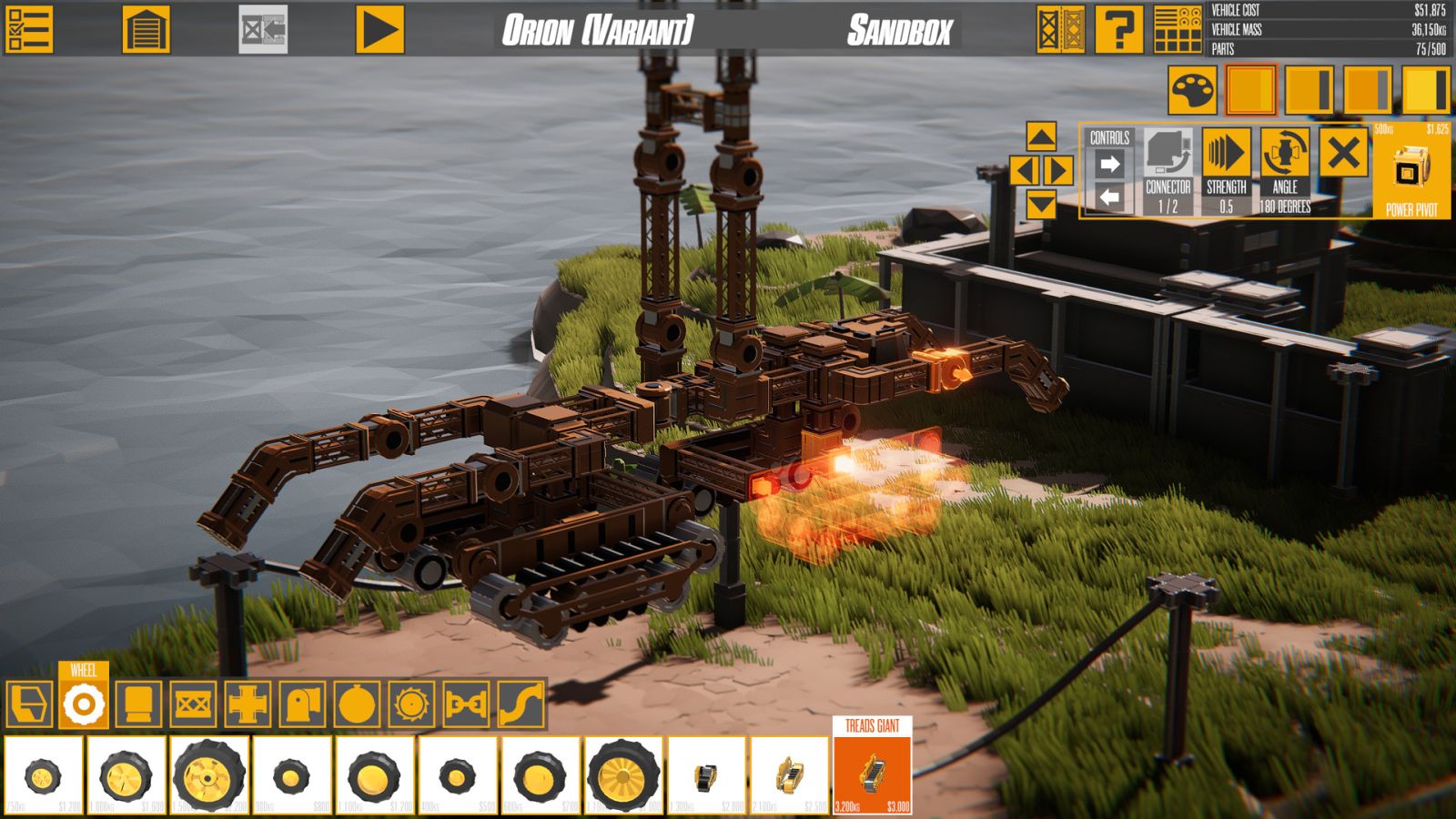 First and foremost, Instruments of Destruction doesn’t have, or need, a story. You are given ten sandbox locations with a set of objectives and turned loose. Sometimes it’s about obliterating everything in your path, and other times it’s about obliterating everything in your path, with the exception of some specific ruins, but it’s always about OBLITERATING EVERYTHING IN YOUR PATH! How you accomplish that goal, however, is entirely up to you, and it all starts with building the instrument of destruction (hey, that’s the name of the thing!). 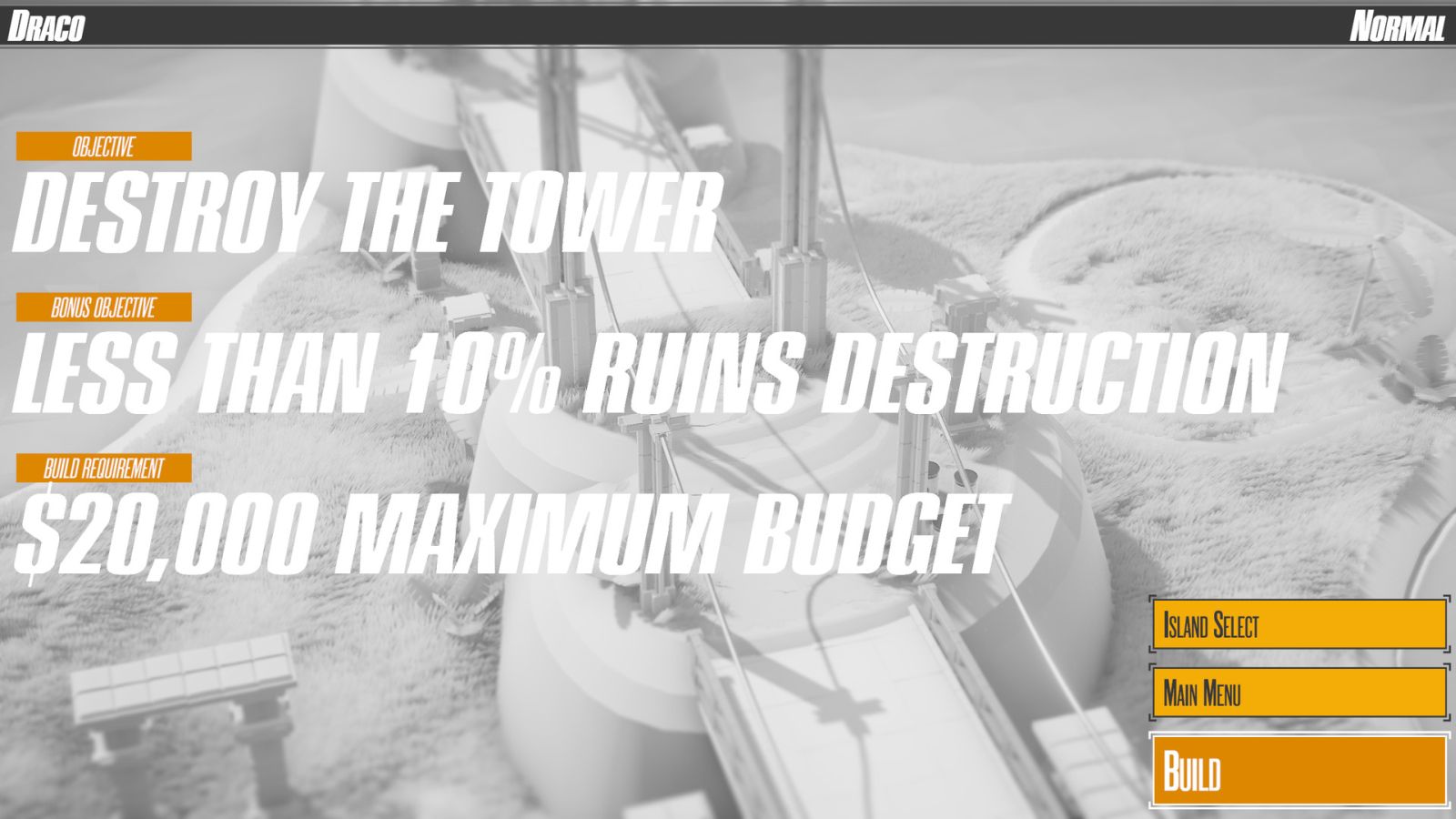 Starting off at level 1, you’ll only have access to a handful of parts and a fairly generous budget. Each part has a cost in both weight and money. As this is a full physics engine simulator, you are free to build whatever you’d like, but you’ll also deal with the repercussions. Attaching a giant wrecking ball that you can swing around is great, until you realize that it can overbalance your vehicle and throw it onto its side. Putting stabilizers on the vehicle can help, but tracks that are set wide might do the trick. It also might make it impossible to not accidentally crumble the nearby ruins as you try to jam your Saint Bernard through the cat door. 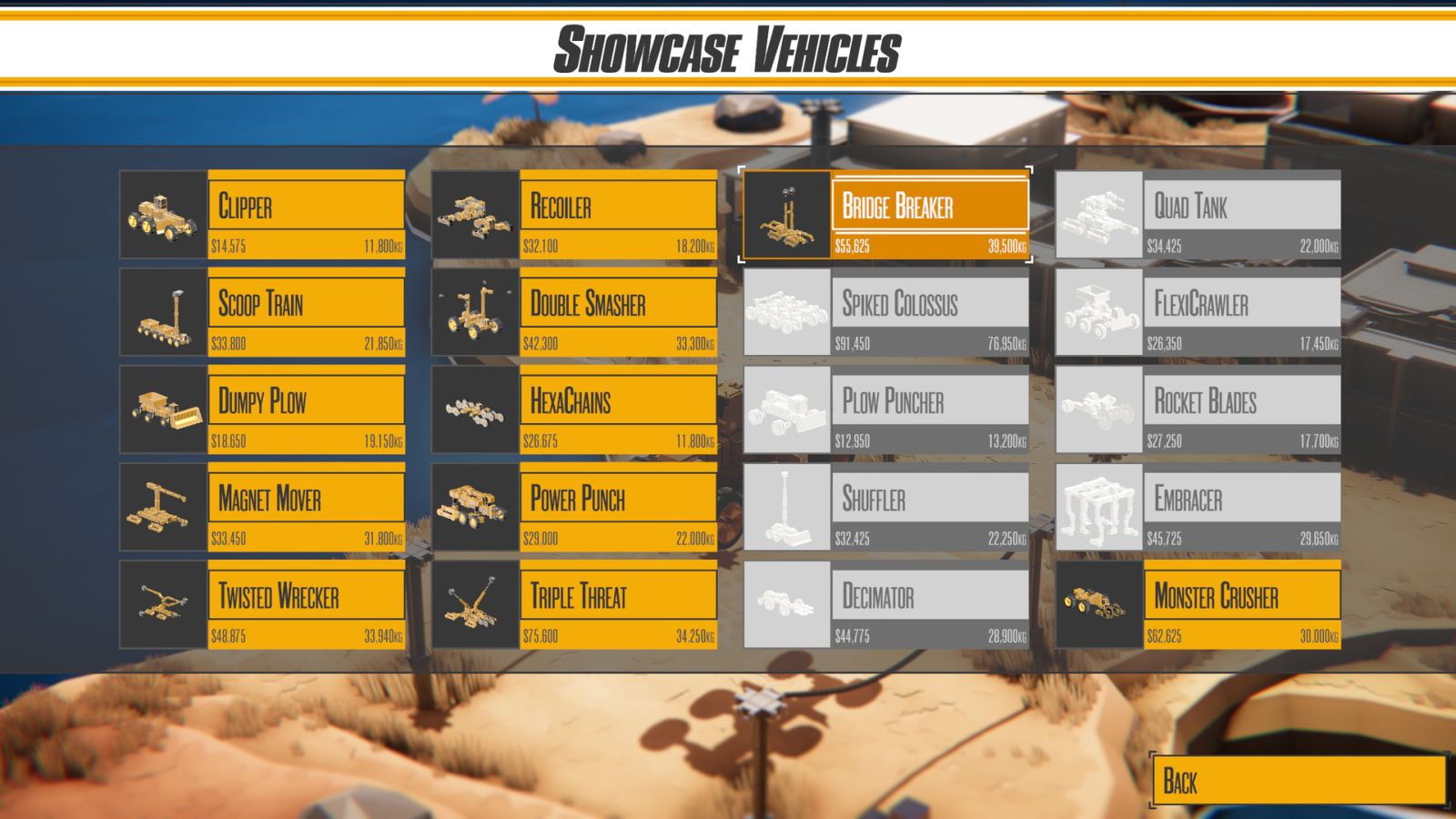 Completing a level will earn you experience based on how much you destroyed (or didn’t, if that’s part of the objective), any crystals you collected, and more. It will unlock the next island, naturally, as well as often unlocking a “showcase vehicle” – something Luke has built that might let you tackle this same mission or others in a new way. I never thought of using a magnet to pick up cargo containers to fling them into the ocean, instead electing to shove them directly through the walls using brute force, but hey – magnets work too I suppose.

The allure of Instruments of Destruction isn’t building practical efficient machines, but instead building the most insane and fun monstrosities your imagination can behold. So the saying goes, if it’s stupid and it works, it ain’t stupid. 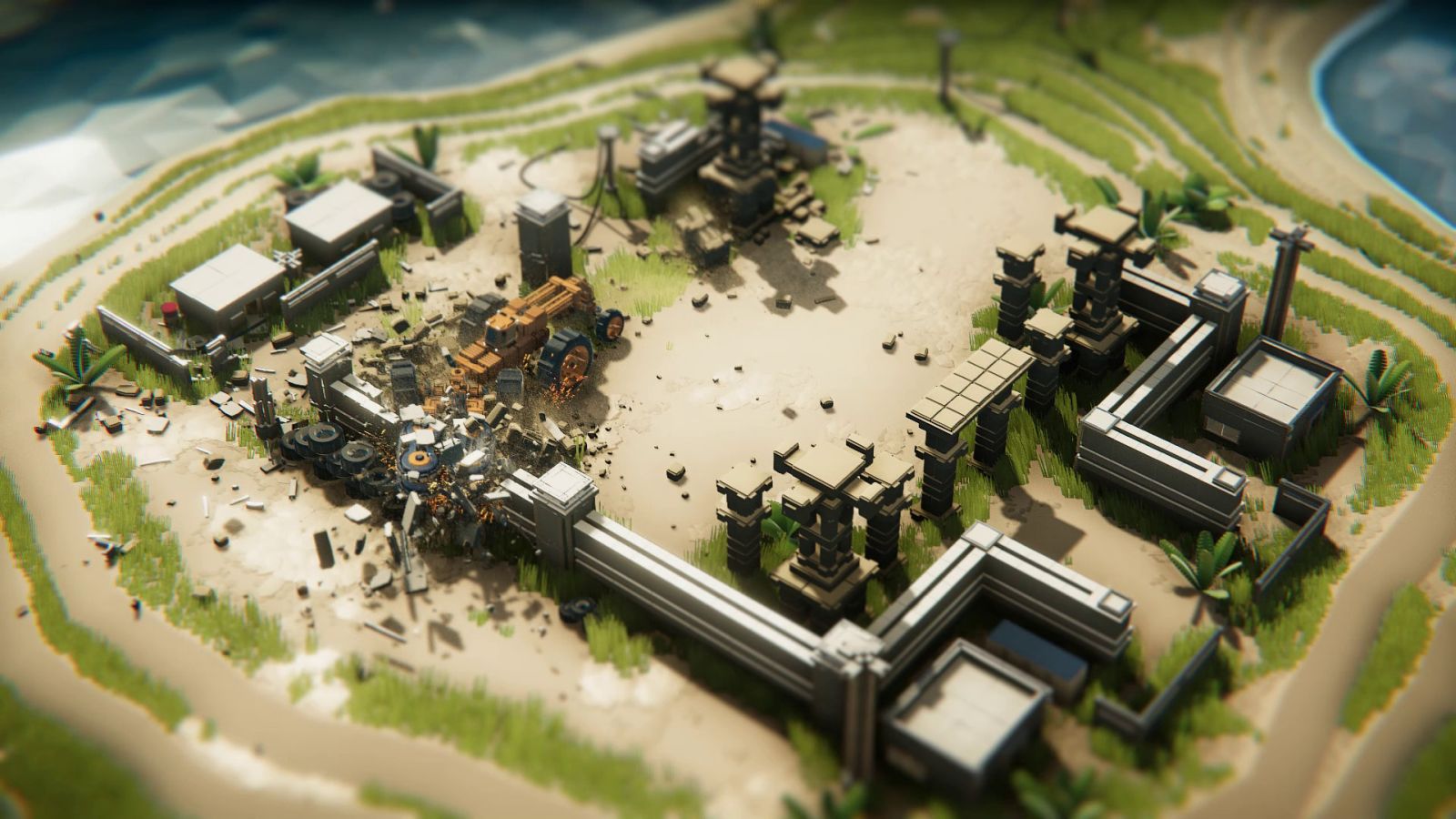 There’s destruction, and then there’s micro-destruction. Having a building crumble into its component parts is one thing, but then having those crumble into smaller pieces, and then having those smaller pieces crumble to dust is just plain magic. If you’ve got the hardware to handle it, turn on micro-destruction and watch as those lovely ruins not only topple, but turn into little tiny bits of rubble as they smash into one another. You can turn on Distract Mode as well, which allows you to click and hold on an area, detonating a moment later in glorious destruction. It’s pure fun and I’m here for it.

I’ve got to give a shout out to Auvic for his music. I’ve actually got it playing in the background while I write this. Make sure you also pop into the credits to hear a track with lyrics. It’s surprisingly catchy and reminds me of the lunacy that is the intro to Lemony Snicket’s A Series of Unfortunate Events on Netflix – don’t miss out on that series, or this credits track, and then good luck getting either of them out of your head. 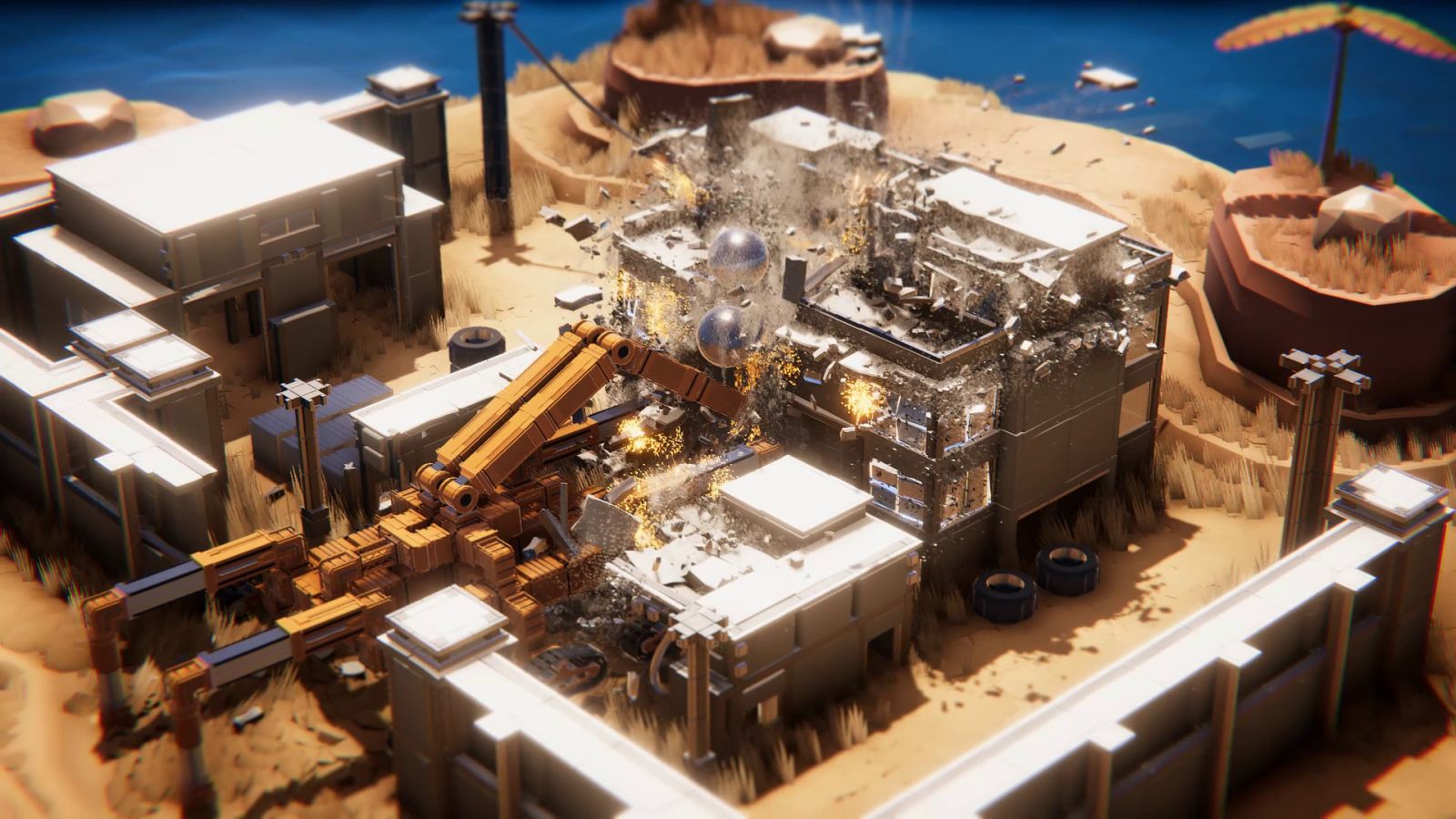 There are three difficulty levels for each of the ten islands – normal, challenge, and expert. They are unlocked in sequential order, as are the islands themselves. Normal can be a seemingly simple objective like pushing 10 containers off the island and into the ocean, with expert adding even crazier challenges like managing destroy a huge building without damaging anything around it, or heavily restricting your overall weight or budget.

Instruments of Destruction also comes with what is easily one of the best trailers on the entire Internet – full stop. Jam it directly into your eyeballs and then pop over to Steam to snap this Early Access game up for just 20 bones. I promise, even at this early stage, it’s worth every penny.