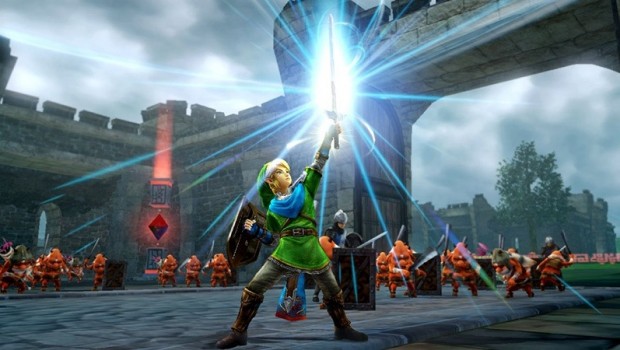 Hyrule Warriors Takes Risks, But Looks to the Wrong Source for Inspiration

In the midst of the wall of noise that comes from the gaming industry regarding Nintendo, the notion that they need to do more with their beloved franchises is a common complaint, and it is one of the easiest to back up. When a company’s been making the same games for decades, it’s important that it shake up the formula every now and then.

I’ll admit that I was among the people echoing that sentiment. But when I played Hyrule Warriors at E3, all I could think was “this wasn’t what I had in mind.”

Imagine you’re picking up a used car, but you find it to be broken down and rusted. You paint it a more desirable color, but it doesn’t change the fact that the car is still all together undesirable. That’s basically what Hyrule Warriors, a Dynasty Warriors styled Legend of Zelda spin-off feels like.

Hyrule Warriors has you, playing as one of many beloved characters in the Zelda universe, fighting hordes of enemies as they try and overtake Hyrule’s Kingdom. Both Link and Princess Zelda were playable, but there were blank spaces in the character collection screen for seven more. The characters had a few incongruencies but, for the most part, both characters played very similarly.

To call Hyrule Warriors a step in a different direction for the Zelda series is an understatement. When people think of The Legend of Zelda, they probably think of exploring temples, puzzle solving and sometimes swordplay. Hyrule Warriors forgoes everything but the combat and then exaggerates it to nearly preposterous and uncharacteristic levels. Where mainline Zelda titles are more methodical when it came to fighting enemies, the Dynasty Warriors inspired spin-off is an over-the-top hack and slash.

Despite my pessimistic tone, I’m not implying that the game approaching the series from a different angle is an inherently bad idea, but when the source material that the game’s inspiration comes from isn’t good, re-skinning it with Zelda characters and levels doesn’t undo the game’s ingrained shortcomings.

Based on what I played, for the first time a Legend of Zelda title appears to lack depth by design, and in a way that has made me more interested to play the final game because I want to know what it is that Nintendo sees in Hyrule Warriors that makes them believe this undertaking is worth the time and money to see it through. Perhaps Nintendo will be able to bring a great story to grab me as the gameplay seems incapable of doing so.

Hyrule Warriors is slated for release on Wii U on September 19th in Europe and September 26th in North America.