Chip Theory Games is cooking up a massive project and we got to take a peek. Much like the ancient poem Odyssey, and heavily inspired by, Hoplomachus: Victorum is a giant single-player epic. Described to us as “a love letter to solo games,” Victorum is certainly a very long and very loving letter. One full game of Victorum usually lasts around a total of eight hours. Who needs friends when you have Chip Theory?

In the world of Victorum, some fellow humans done pissed-off Pluto for trying to stop a terrible volcano-filled calamity. As punishment for being total wimps, one of earth’s mightiest champions must run some very dangerous errands and slay a few spooky monsters along the way. Any guess as to who that champion is, wink-wink, nudge-nudge? 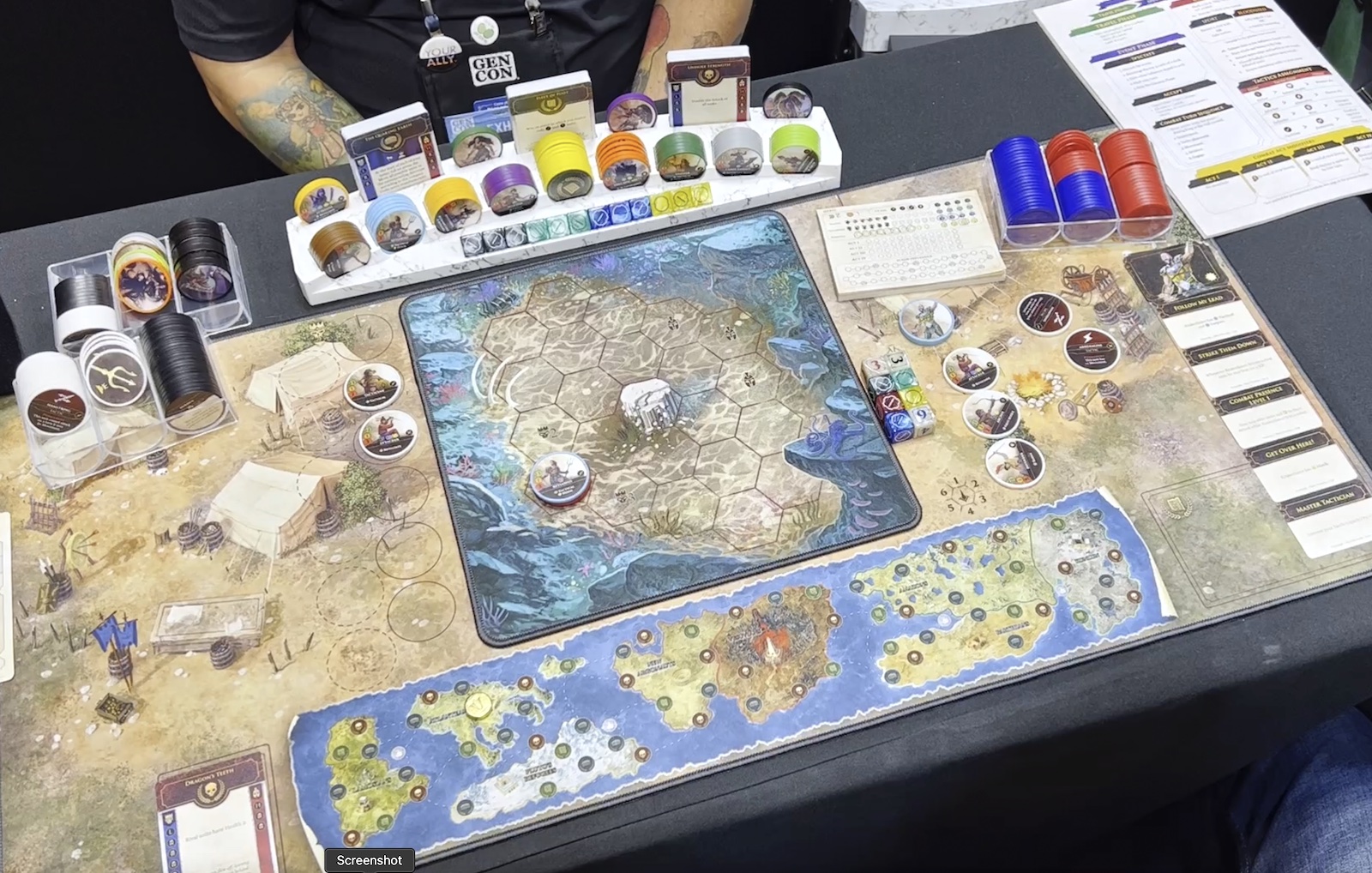 Bwa, ha, ha! You!? You really think you’re the strongest!? No, no, no. There’s only six worthy champions and they have a long journey ahead of them so I better start explaini… ring-ring… ring-ring… Oh, sorry, one sec, I have to take this… Mhmm, mhmm, f**k… ok, thanks… Alright! Looks like half of them just vanished, nowhere to be found, and the other half have sworn allegiance to the grumpy god himself. Sooooo, looks like it’s you champ! Now listen up!

The champion will embark on a journey lasting up to a whole year, across four acts, and must slay one of Pluto’s four biggest bootlickers before the end of each act. Because of the huge playtime, the champion may conveniently save the game state at the end of each act. Throughout each act, the champion will navigate the seas and, depending on where they land, will face lethal combat in hopes of upgrading their person, compete in sporting events in hopes of expanding their army, get distracted by intriguing side quests, challenge Pluto’s lackeys, or fast travel around the map. 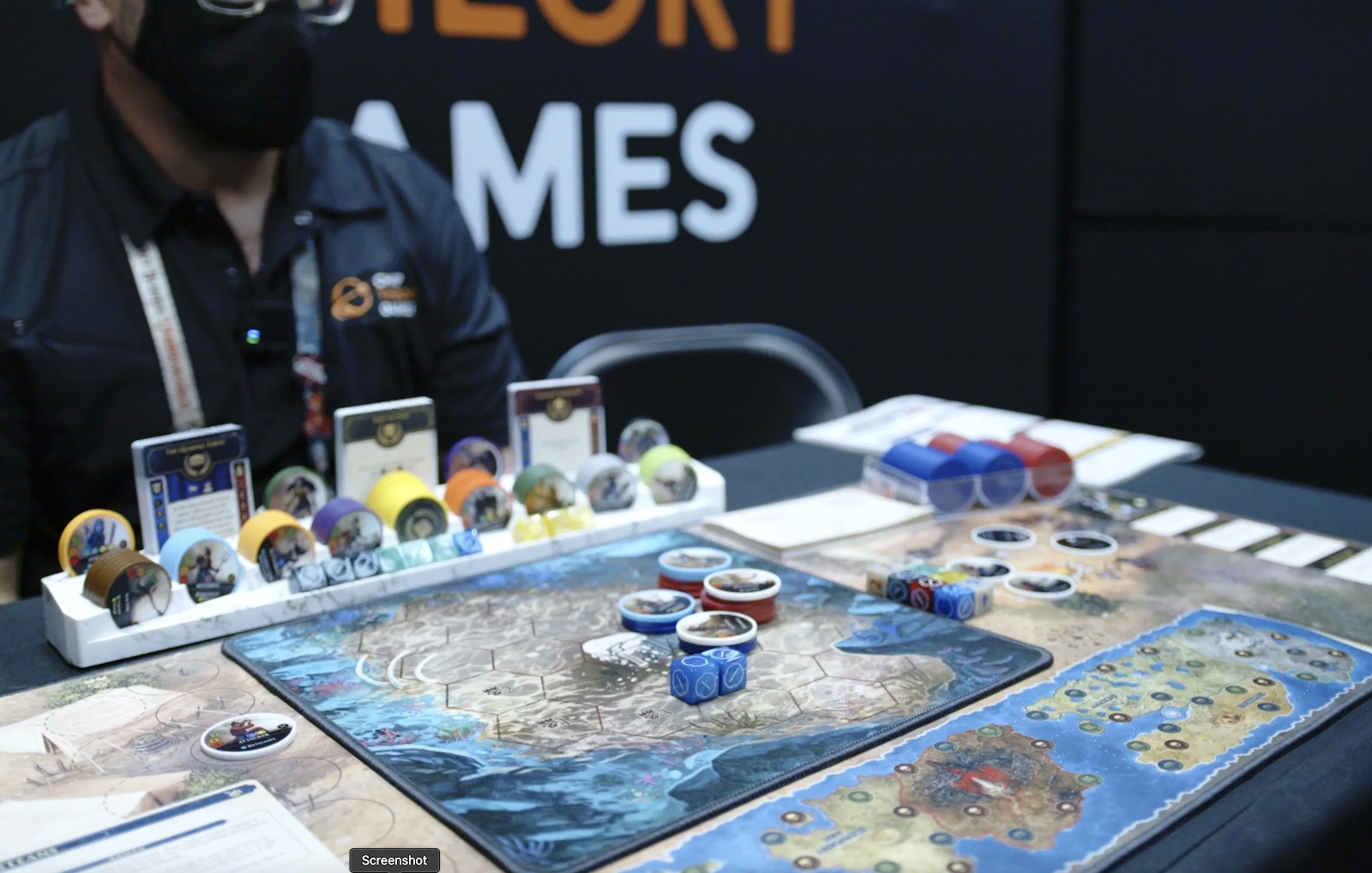 To maximize the champion’s decision-making capabilities, the top battle, sport, and event are always visible, and if they’re feeling bruised and battered, they can spectate an occasion instead for some much-needed R&R. To win the game and appease nasty old Pluto, the champion must travel to a unique arena on Mt. Vesuvius and battle Pluto’s scion! The scions are essentially the final boss and Victorum provides several, each with their own battle rules, AI, and abilities. Speaking of battles, the combat of Victorum uses the same turn-based strategic combat from the Hoplomachus series. Friends and foes are represented by thick chips on a hexagonal mat and each region’s mat features its own art and rules.

Hoplomachus: Victorum already looks like an incredible project and we’ve only had a taste. Such a massive solo-only game is unheard of and it’s put together with one of the highest production quality standards in the industry! Victorum is currently on Kickstarter and we hope we’ll get to dig into this epic adventure soon! 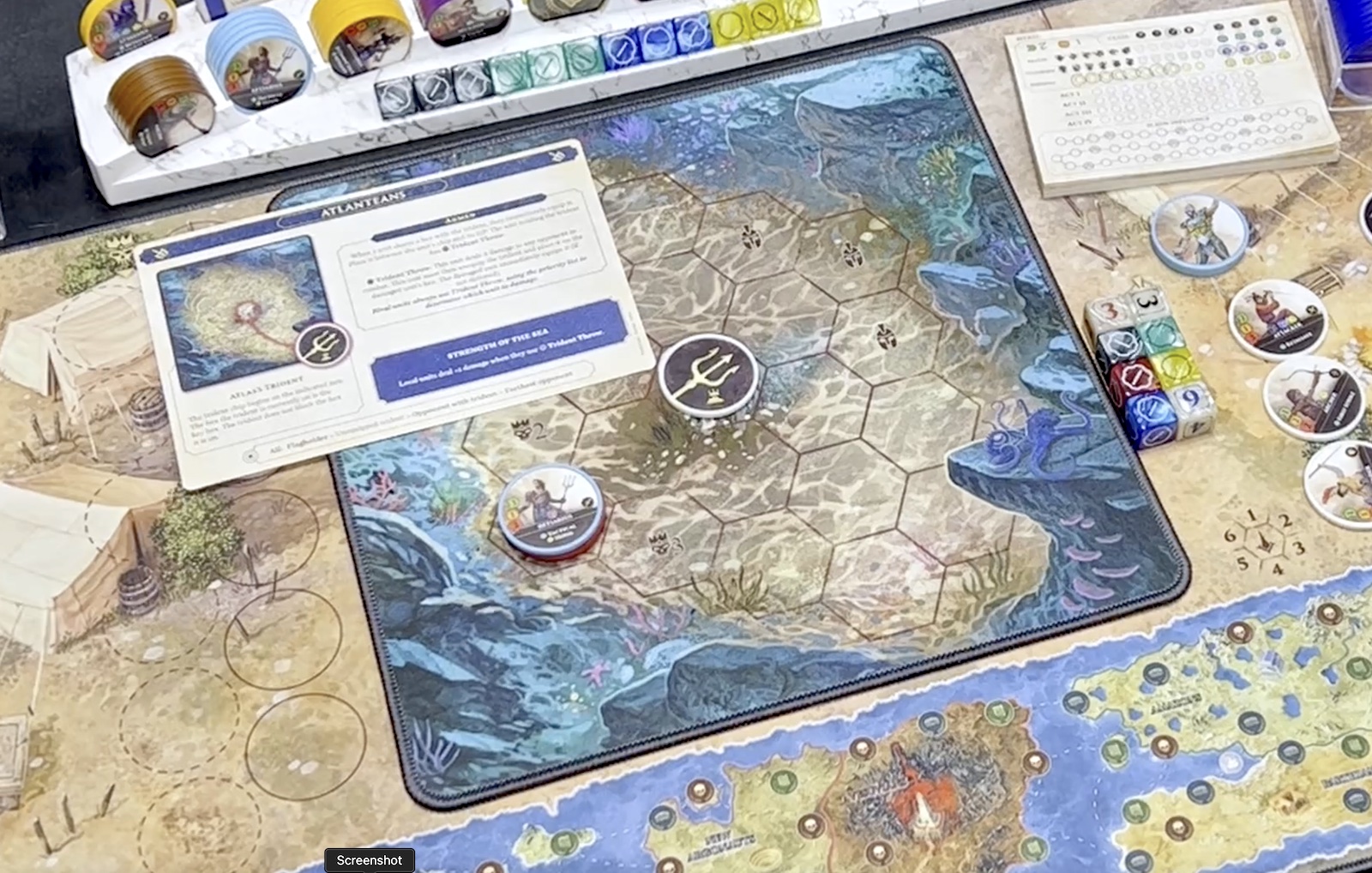