Tony Hawk’s Pro Skater has had a… let’s say rough history since the release of Underground. While I enjoyed THUG, it’s sequel and following entries with their giant peripherals failed to capture the simple, arcadey fun of the originals. Now after a less than successful 5th entry, Mr. Hawk is returning to his video game roots with a remake of the first two games. We got a small taste with early access to the warehouse demo, and while there may not be much content in this quick glimpse, what’s most important is that it has recaptured what made those games from my childhood so fun.

In the demo, you can only play as Tony and only in the Warehouse stage, with no goals to accomplish aside from finding gaps to trick over and getting as high a score as possible in two minutes. It’s a bit weird to not start off looking for SKATE or a secret tape, but dang is the simple act of skating around, grinding on rails, and performing tricks still so much fun. Controlling your skater is now buttery smooth, though it is a bit more difficult than it used to be to gain speed and height. If you want to pull off something like the 900, it’s going to need a lot of setup, which makes it all the more gratifying to finally land it perfectly. Basically, everything is as you remember it, but slightly better inwith regards to gameplay. You hold and release X to olli, press Triangle to grind or balance on a lip, tap up and down to do a manual, and press Square and Circle to do flips and grabs respectively. You can use direction inputs or other button presses to modify all of these and do whatever tricks those are assigned to –, it’s fully customizable. However, you can only perform up to eight assignable special tricks when your special meter is full, so you must build that up with smaller tricks without wiping out to finally score big. 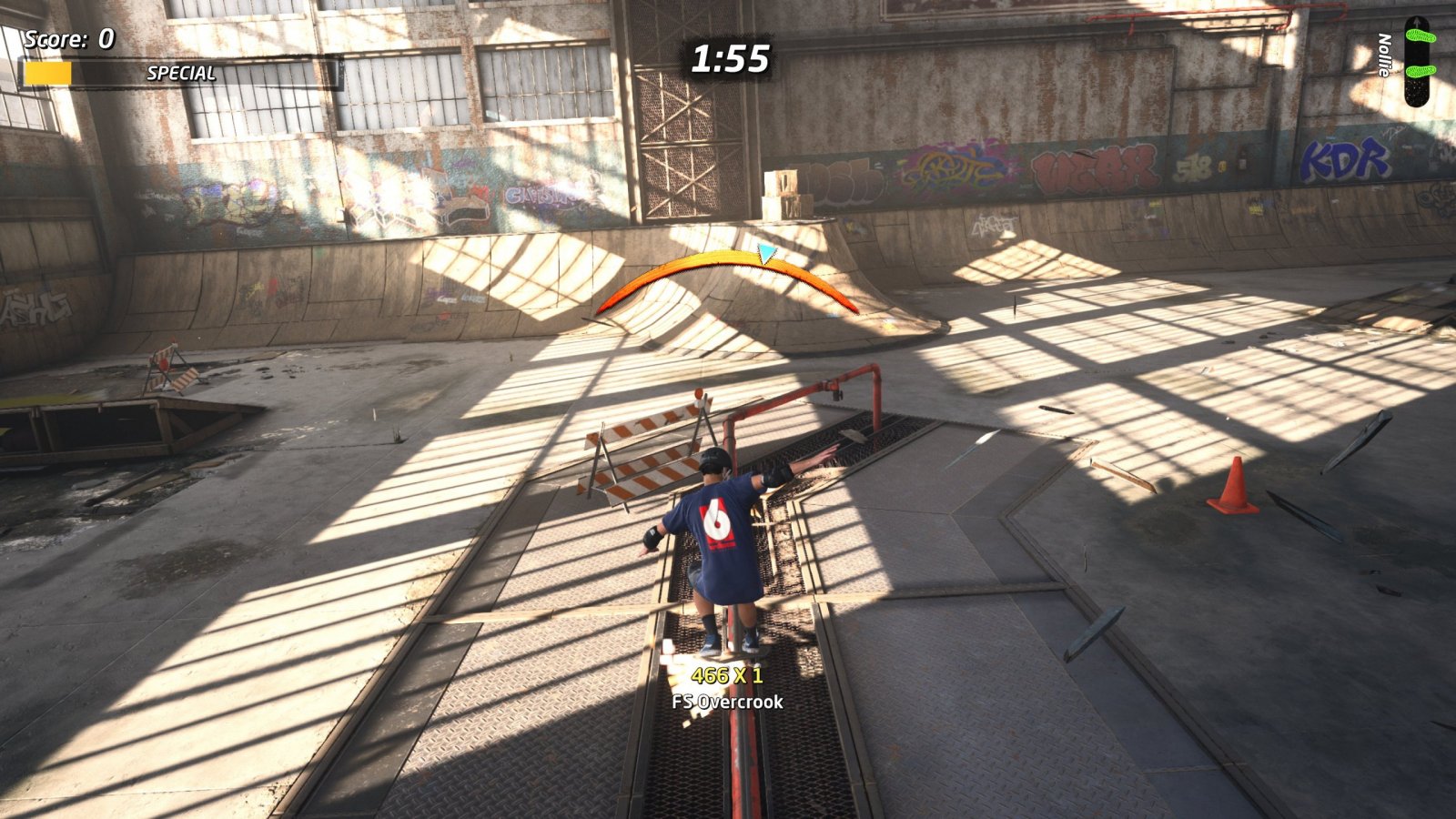 Speaking of wiping out, that has been made much quicker. Instead of waiting for your skater to get back on their board or until after they’ve had a temper tantrum, they’ll fall down then quickly respawn back on the board with a VHS like effect. It makes failing a long series of tricks and missing out on those sweet, sweet points sting just a bit less. Even without tasks to complete or scores to compete against, I still found myself playing the demo over and over again for the sheer joy of playing.

Obviously, the Warehouse has seen a graphical overhaul, now being in the Unreal Engine. It looks great, with tons of new details like the lighting and little puddles scattered about. However, I noticed that the draw distance on the more detailed textures is a bit too close, which can be distracting. Hopefully this can be cleaned up before launch, as it was noticeable more than a few times in my many, many sessions.The only way to truly know if the Tony Hawk franchise has returned to its former glory is to play the full game on September 4th, but from just playing the demo I have confidence that Vicarious Visions knows exactly what they’re doing.