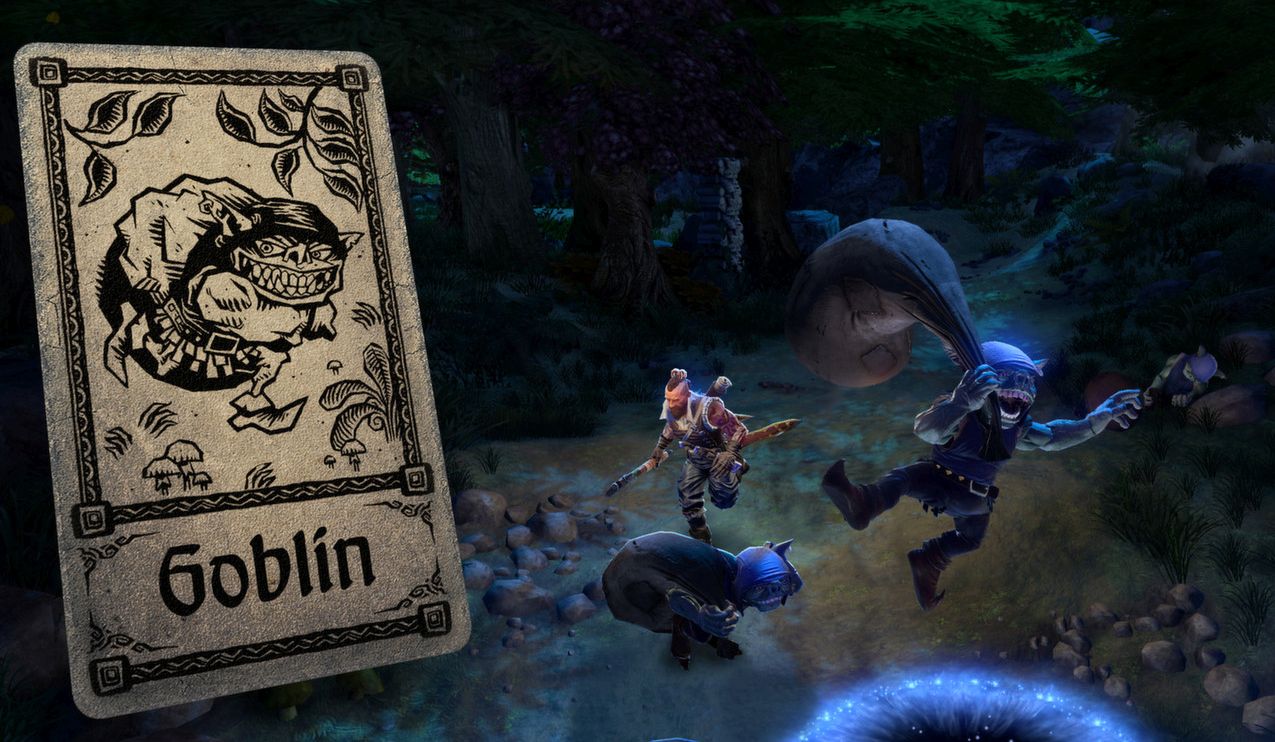 Calling any kind of card/deck-management game a “roguelike” seems like a marketing move destined for parody. Yes, I know – there’s a randomization element (it’s called “shuffling”), which leads right into the dynamic content generation (“dealing”), and every game features permadeath, insofar as when the game is over you lose. Play with the terms that loosely and Monopoly was one of the first roguelike board games on the market. Regardless, when I saw Defiant Development’s Hand of Fate being billed as a tabletop card game with action-RPG aspects and a roguelike twist, I was willing to take the plunge. Sure, I was ready for disappointment – Hand of Fate’s Steam page promises a lot, and the game is still in Early Access – but the promises being made were too enticing, and the screenshots too intriguing. Frankly, I’m glad I dove into it, because the game has turned out to be one of the most refreshing titles I’ve come across this year.

The concept behind Hand of Fate is simple: instead of straightforwardly exploring a dungeon, you’re playing a game against a colorful, well-animated and mysterious opponent who operates as a kind of in-character game master. This GM lays out cards you’ve chosen to include in your deck, creating a kind of randomized dungeon for you to explore – each card on the table represents a given opportunity or risk, ranging from deadly monster encounters to stumbling upon a treasure chest to more. As you move from card to card, you’ll deplete your food supply (which can be refilled by chance encounters, or spending gold in a chanced-upon shop), gaining and losing gold, loot, and health in the process. If your health falls to zero, that’s it for your game. But if you manage to quest your way to the end of the adventure, you’ll be rewarded with new cards to include in your next adventure – which will increase the possible rewards, while increasing the potential threats at the same time.

The king of skulls is about to get his head bashed in.

While most of the card games offer some text-based multiple choice options for the player (will you risk damage or loss to get at that treasure chest, or pass it on by?), some of the cards will open up an action-RPG subgame to play – adding a bit of a reflex skill requirement to the otherwise straightforwardly turn-based RPG experience. The loot cards you picked up and equipped will shine here as you run around fighting off bandits, hunting down thieving goblins, or responding to even greater threats. What really surprised me here was the production quality of these action-based events – while simple and rather isolated in nature (these are particular events you have to deal with, standing on their own rather than being part of a continuous game experience), the graphics are nevertheless polished and attractive, and the controls are beautifully responsive.

In fact, it’s fair to say that Hand of Fate has been a surprisingly positive experience all around. The very idea of a card-based dungeon crawl is a fascinating one, and even in its technically Early Access state, Defiant Development has shown that that concept works fantastically. The interaction with the game’s GM does a great job of setting the mood, managing to effectively draw the player in to the experience of taking part in some mystical, mysterious adventure with a well-animated and well-voiced host. There looks to be a sizable number of cards to unlock, and every new set of equipment or encounters promises to add few and unexpected twists to the next game played. That last part is a key point for Hand of Fate – the game itself expands with every successful ‘crawl’ through its deck, making the player look forward to yet another run with the new cards unlocked. The potential replay value here is considerable, and that’s before even diving into the endless mode the game has on offer.

While the full and final product has yet to be released, what I’ve seen with the Early Access game has me riveted. Hand of Fate is a truly original approach to a dungeon crawler, and so far manages to live up to its promise of being a mix between a roguelike game and a deck-builder title – and it’s no small feat to pull that off. Keep your eyes on this one.