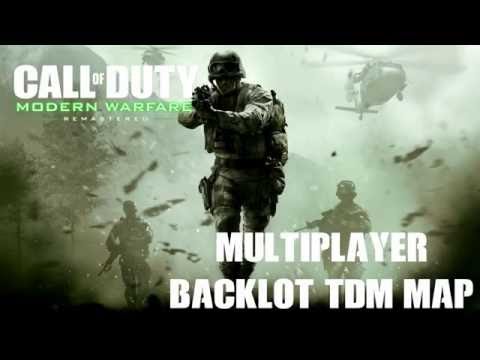 Raven Studios has a long and tenured history of creating incredible games. They’ve also been involved with the Call of Duty franchise since 2010. By constructing the franchise’s multiplayer modes, they’ve been an integral part of Black Ops, Modern Warfare 3, Black Ops II, Ghosts, Call of Duty Online, Advanced Warfare, Black Ops 3, and are now the braintrust behind Call of Duty Modern Warfare Remastered. This remastered edition is more than a simple bump in resolution, as every aspect of the game has been lovingly rebuilt with higher resolution textures, stable framerate, dedicated multiplayer service, and more. The game will also feature all sixteen of the maps that the original shipped with, ten of which will ship at launch, and the remaining six added in December at no additional charge.

While my k/d ratio was pretty awful in Infinite Warfare I fell right back into the groove with Modern Warfare’s multiplayer. I did a quick look over the loadout and perk system — a subtle reminder of just how far we’ve come since Modern Warfare’s release nine years ago. You can take that same walk down memory lane with me below:

There is no better map for testing out this remaster than Crash. Rather than telling you about it, you can check out the action yourself. As you can see, there is a good deal of polish here, graphically, with a stable framerate and high resolution. None of that helped my kill to death ratio, but that didn’t stop it from being a lot of fun. Multiplayer aside, it’ll be awesome to experience “All Ghillied Up,” “Mile High Club,” and “Crew Expendable” all over again. While we wait, check out a few rounds of me getting my teeth kicked in on this classic multiplayer map.