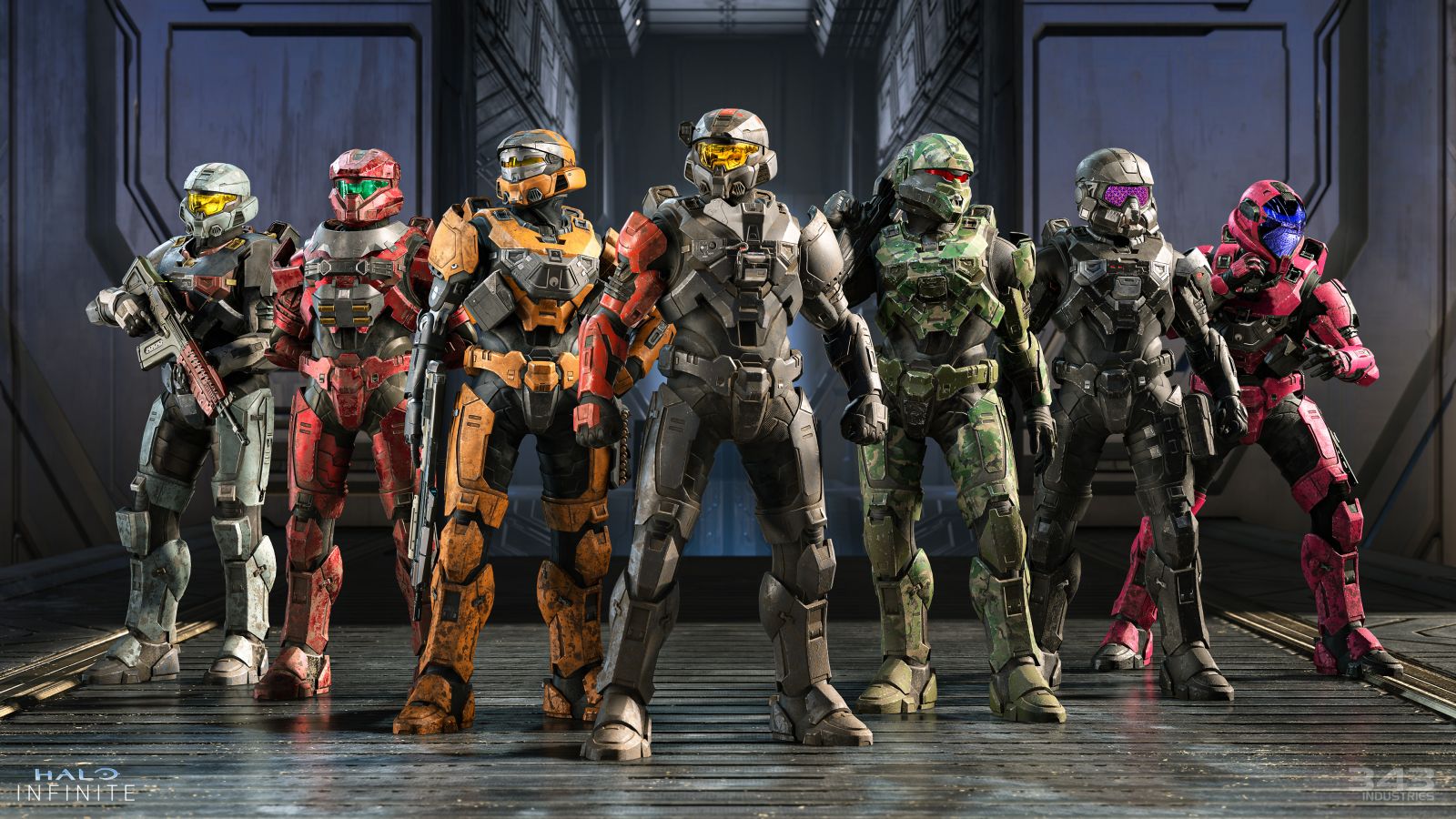 These past two weekends, I got the chance to play Halo Infinite’s Technical Preview, which offered a look at the game’s Social Arena and Big Team Battle modes. I played my fair share of Reach and 5 when they were released, and, needless to say, it has been a while since I last dove into a Halo multiplayer experience and I was rusty to the point of hating the game at the start. Then, in my bout of depression after bottom-fragging the umpteenth time in a row, I took to Twitter to see how everyone else was enjoying the game. I was then met with insane clips of players perfectly timing grenade throws to land their Mongooses onto the enemy team, grappling onto enemy wasps, hijacking them only to jump right back out and skewer another player while falling to the ground.

It was then that I realized I was playing Infinite all wrong. Halo has always been about providing players with a sandbox that is tons of fun to mess around in, but I had seemingly forgotten what fun was. Instead of hopping in Warthogs with the buds I was running and gunning like it was Call of Duty or Apex Legends. Instead of gratuitously abusing the power weapons that make Halo stand out, I was trying to grapple with how long the time to kill with the sidearm was. Once I dropped all of these habits, though, the beauty of Halo Infinite finally came through. Halo Infinite, even in its buggy technical preview, proves that Halo is not going anywhere, and reminds us all of why we know its name in the first place. 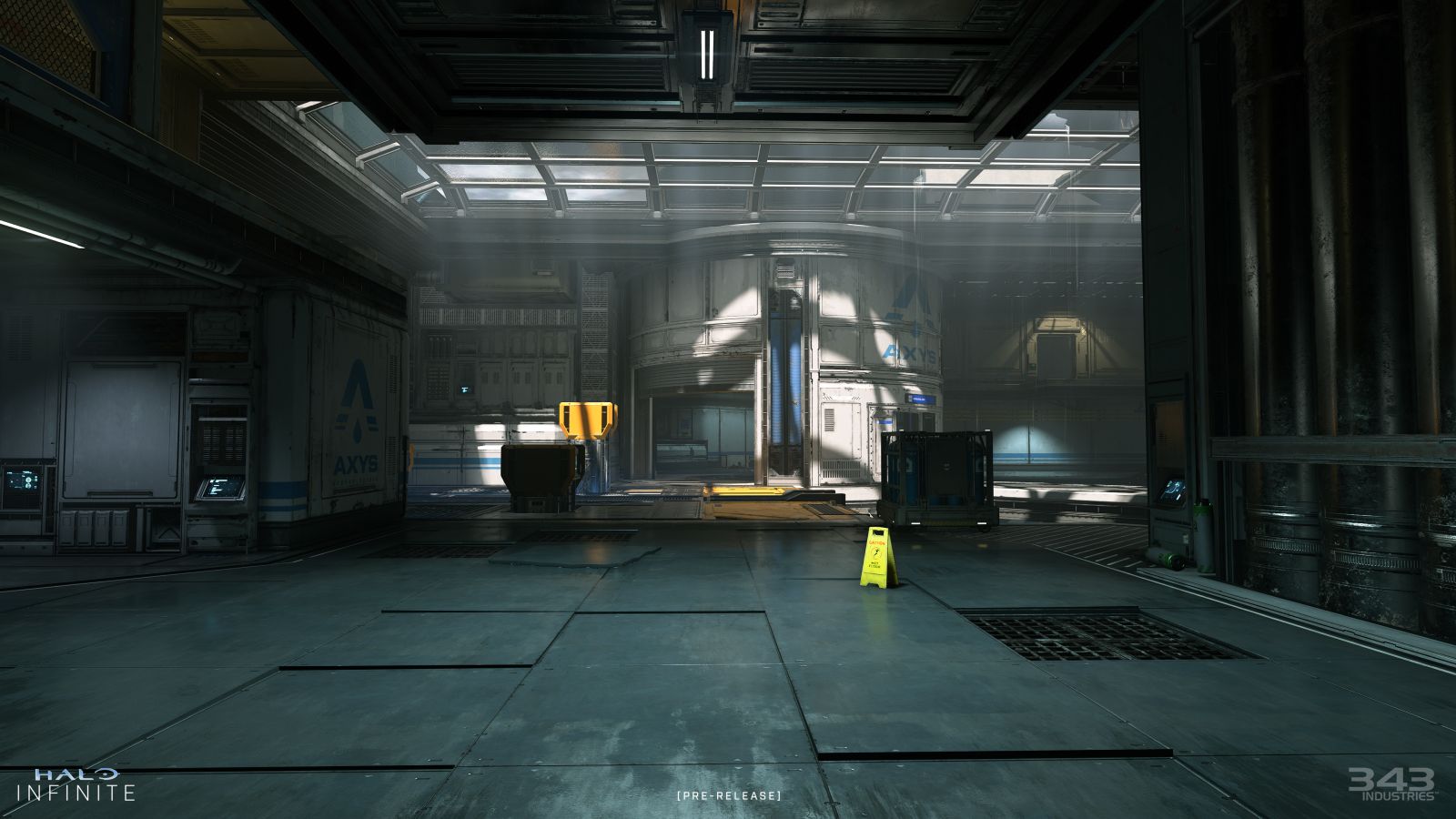 Infinite’s Social Arena mode showcased four maps in its technical preview: Recharge, Bazaar, Behemoth, and Live Fire. Each of them have their own unique feel, pushing players to adapt different playstyles. Recharge is a map with a wide-open middle area, and a number of close, cramped hallways on its edges. Bazaar is a straightforward, three lane map that is best-suited to Capture the Flag. Behemoth is a slightly larger map than the former two with some vehicles and power weapons to hold. Behemoth was by far my favorite of the Social Arena maps, as it felt the most balanced in the objective-based modes, and it allowed for some interesting uses of the new pieces of equipment introduced in Infinite, the Grappleshot and Repulsor. Live Fire is a Spartan training facility. All of the maps were fun to play around in, offering a place to flex one’s skills, but nothing really stood out as fantastic when it came to their design. If anything, I am more excited now to see what the other maps have to offer to make them unique. 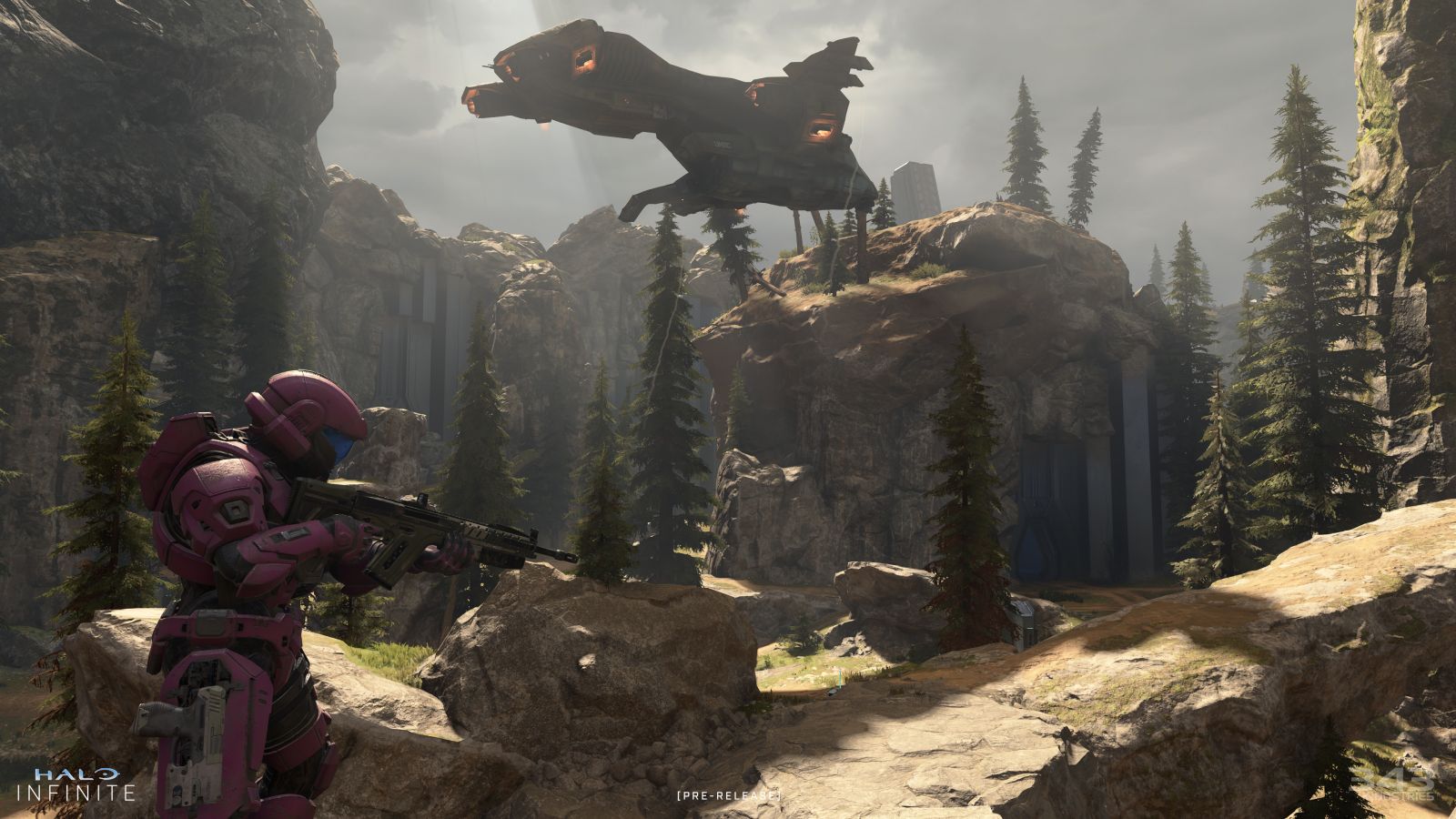 Big Team Battle unlocked during the second weekend of the technical preview and it is an absolute blast. 12v12 battles with vehicles, power weapons, and equipment spawning constantly serves to create a chaotic mess of fun, and that is really all it should be. Sure, your teams win and lose, but it is almost impossible to coordinate a team of that size unless everyone is mic’d up and they so often aren’t. Instead it is much more worth your time to hop into the game mode aiming to try out some fun techniques or just play around in the sandbox that 343 has iterated on in their best outing yet. Big Team Battle offered three modes during the technical preview: Total Control (a mode where you score points by controlling all three zones on the map), Capture the Flag, and Slayer. Of these, Slayer worked best, at least on Fragmentation, the map offered during the preview. As far as I could tell, people were just not all that interested in playing the objective; most of my matches either ended in ties of 0-0 or were dragged out until the timer counted down to zero. With Slayer, though, players don’t need much direction to go shoot the other team, and the mode never resulted in a tie or the time running out before one team reached the limit.

For most players of modern shooters, Halo Infinite’s time to kill may seem steep, it certainly did to me. You can get used to it, however, and it is so fun once you embrace what it is trying to sell you. Team shooting and/or headshotting is a must until you find a weapon that allows you to handle things more smoothly. Grenades are also vital to your success, and will always be spammed to start or end fights. A sort of Rock-Paper-Scissors triangle exists between vehicles and players. Vehicles can be disabled almost instantly using Shock Rifles or Dynamo grenades but can also deal out massive damage with their weapons or just by splattering players into the dirt. Players can also grapple onto the vehicles and pull off some stylish plays while doing so. Everything in Halo Infinite feels precisely tuned enough to ensure that players will create maximum chaos when playing, and that is exactly what Halo is all about. That controlled chaos is what gives players the rush of serotonin they crave and what pushes them to queue up for another game. There are endless opportunities for players to create moments that feel wholly unique even though they are working with the same tools everyone else has at their disposal.

After playing through my rough patch with the technical preview, all I can say is: I cannot wait for Infinite to release this December. No first person shooter out there gets “fun” just as well as Infinite does. That isn’t to say that other games aren’t fun, but Halo Infinite places its emphasis there and leaves everything else to the wayside in a way that I have not recently seen. The game does have some performance issues on PC, but I expect those to be ironed out by the time the full release comes around, especially because in the time between the first and second weekend 343 already issued an update that helped a bit with some of the issues I was facing. Still, as it stands the game puts a significant strain on the CPU, which I think could be toned down a little by launch. All that being said, it’s time for me to enter a deep cryo-sleep until Infinite’s release.

Stay tuned to Gaming Trend for the review of Halo Infinite and for all your gaming news.