Rhythm-based games aren’t new, by any stretch of the imagination. We still fire up Rock Band and match notes for fun, and games like Rocksmith taught us to play the real thing. Games like Crypt of the Necrodancer and Pistol Whip took those concepts and spun them on their head, but during GDC 2022 I got to check out a brand new spin – Gun Jam.

Gun Jam is a rhythm-based FPS, where you have to shoot to the beat. Where games like Pistol Whip puts you on rails and gives you extra points for sticking the timing, Gun Jam gives you full control over the space. Run, jump, dash, shoot – whatever you do, don’t miss the beat. 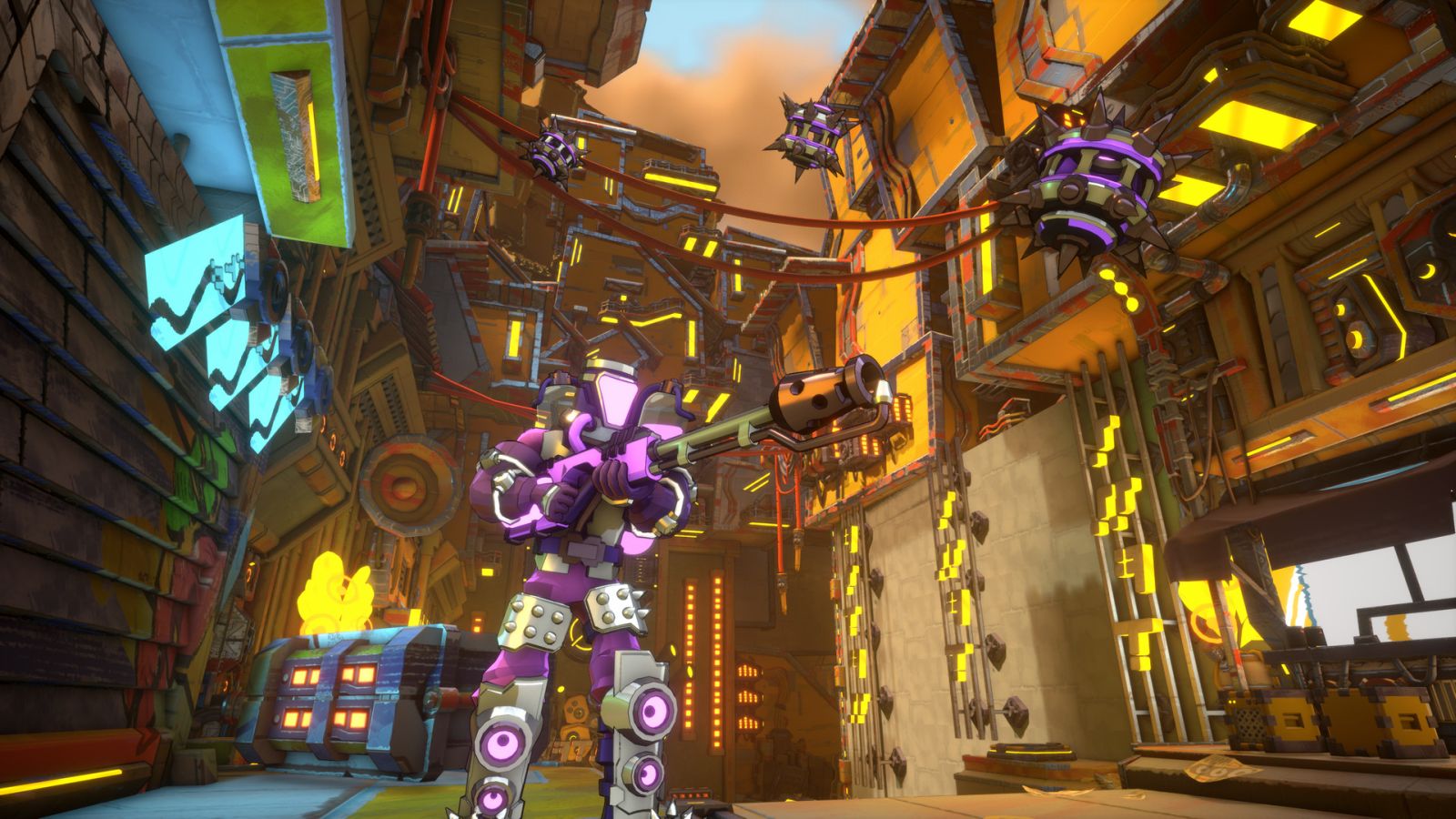 Before I got my hands on it, I got a demo of Gun Jam by one of the devs from Jaw Drop Games. I watched as he deftly weaved in and out of bullets and bombs while keeping the beat. I fired up the game for myself and found out…well, it turns out it’s as easy as it looked. I was surprised to see that the learning curve wasn’t nearly as steep as I had suspected. If you can handle DOOM’s frenetic movement, doing it to the beat just adds another layer. Dash, dash, shoot, shoot, jump, dash, shoot shoot shoot! In the center of the screen is a small prompt. In the current build, the prompts are agnostic – you aren’t required to do a specific action, just hit the timing. Frankly I hope it stays that way as it’s the ultimate flexibility. That said, there are points where you’ll see a red prompt – this is when your character will whip out a rocket launcher and unleash a massive explosion. Similarly, the minigun will come out for those quick pop-pop-pop moments. It adds to the feeling that it’s a traditional shooter when it’s in fact anything but. 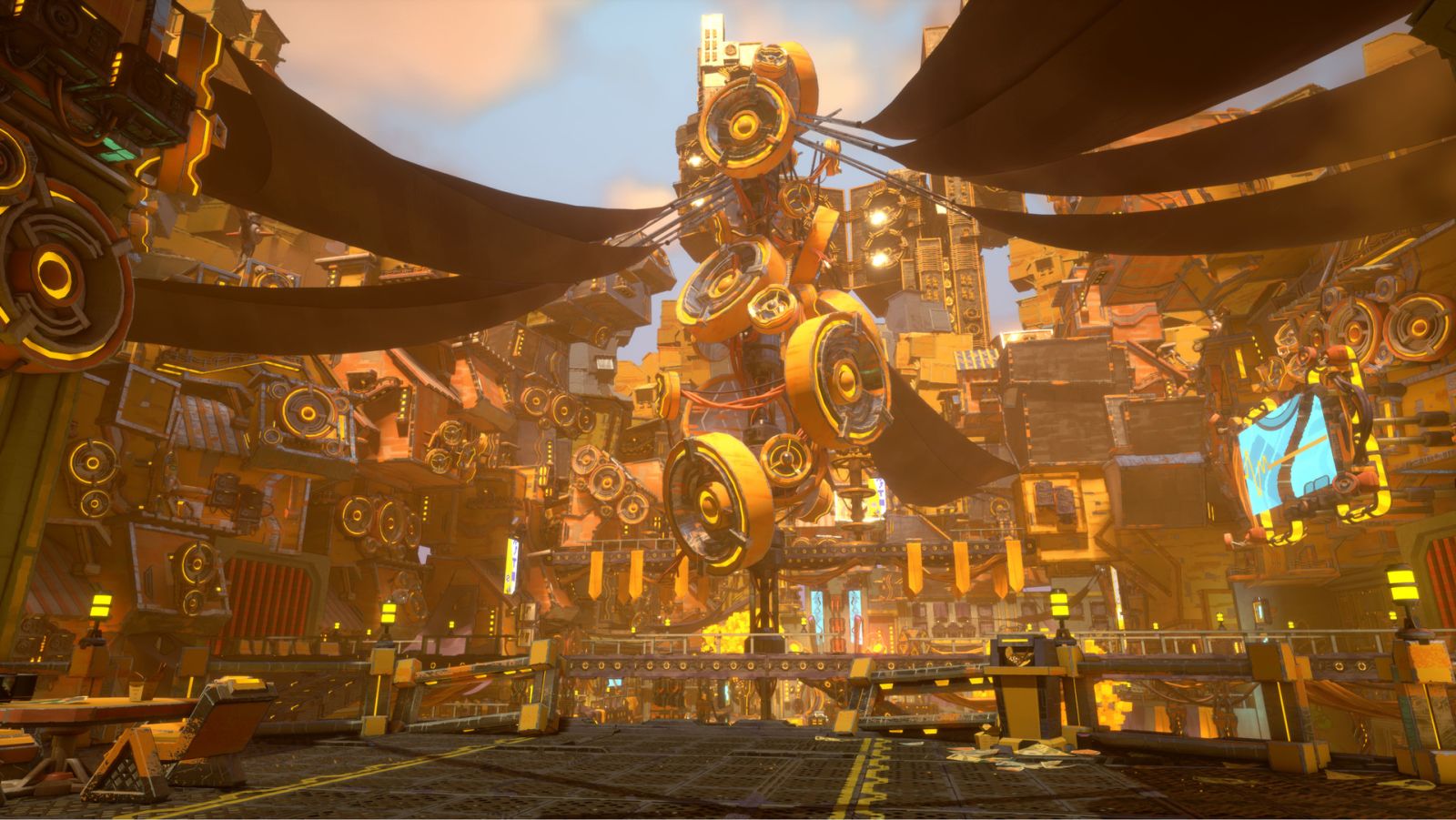 Even at this early stage, there’s a lot of little cool moments in Gun Jam. Your character keeps the beat by snapping her left hand to the rhythm. She keeps you on pace while you tangle with hordes of enemies. The levels take the span of a song to play, so taking out the boss at the end is a frenetic rush as the clock cycles to zero. All three times I played this demo I came down to the last 10 or so seconds to take him out. It’s a rush. The last part, and easily my favorite part, is the music. Rather than leaning on the heavy metal angle, Gun Jam delivers more of a Carpenter Brut angle, mixing techno and heavy guitars with trap and house. It’s an awesome blend, and frankly I’m demanding right now that the team releases the soundtrack. From what I’ve sampled, it’s that good. The team will do the heavy metal thing, sure, but they are promising a whole host of varied tracks to gun down baddies. 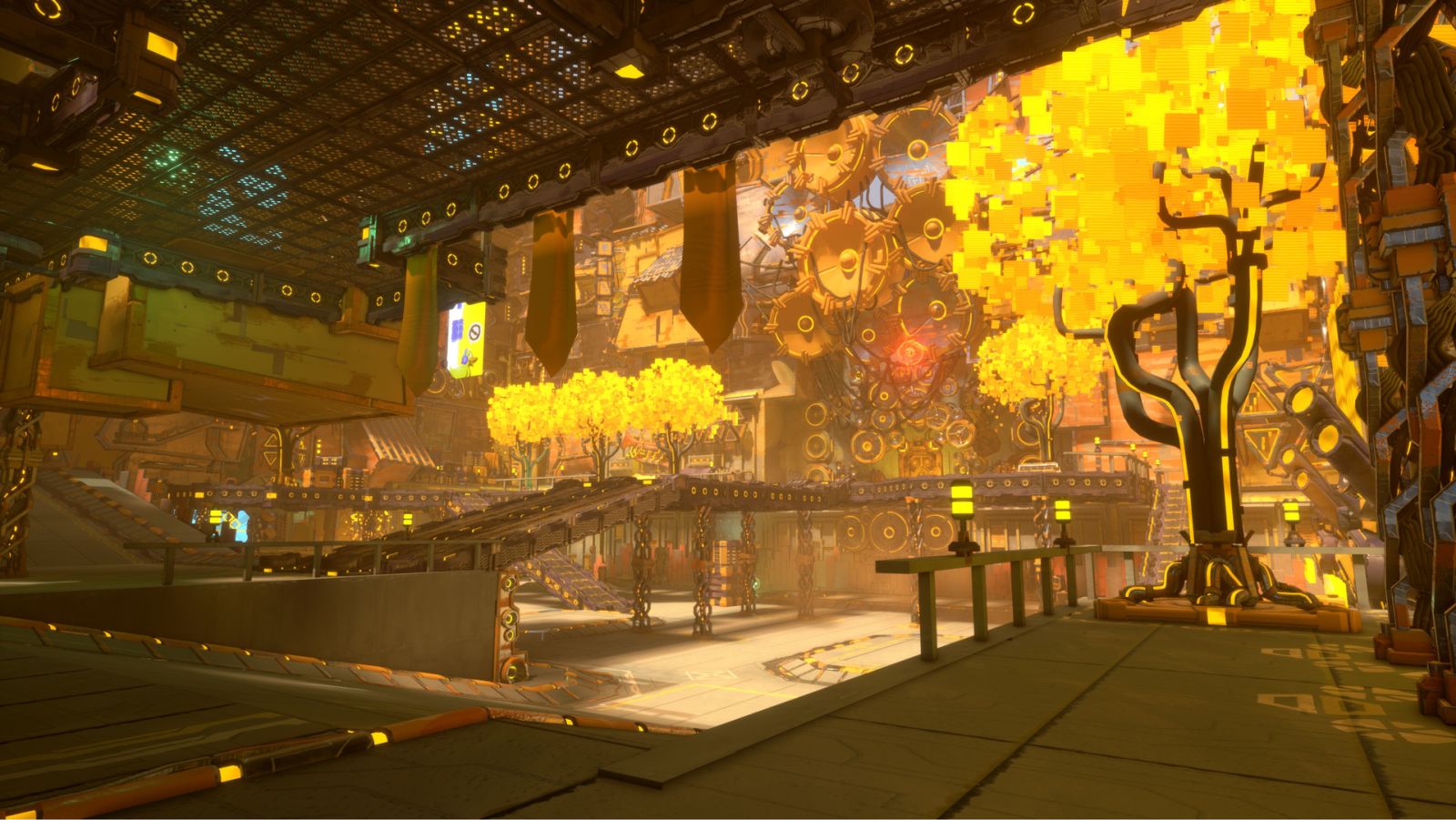 Before we closed out the demo, the Jaw Drop team wanted me to know that there will be a bunch of arcade modes, as well as a full campaign when the game ships. Unfortunately there was little indication of when that’d be, but from what I’ve seen so far it’ll be worth the wait. Now, if you’ll excuse me, I’m gonna play this demo one more time…