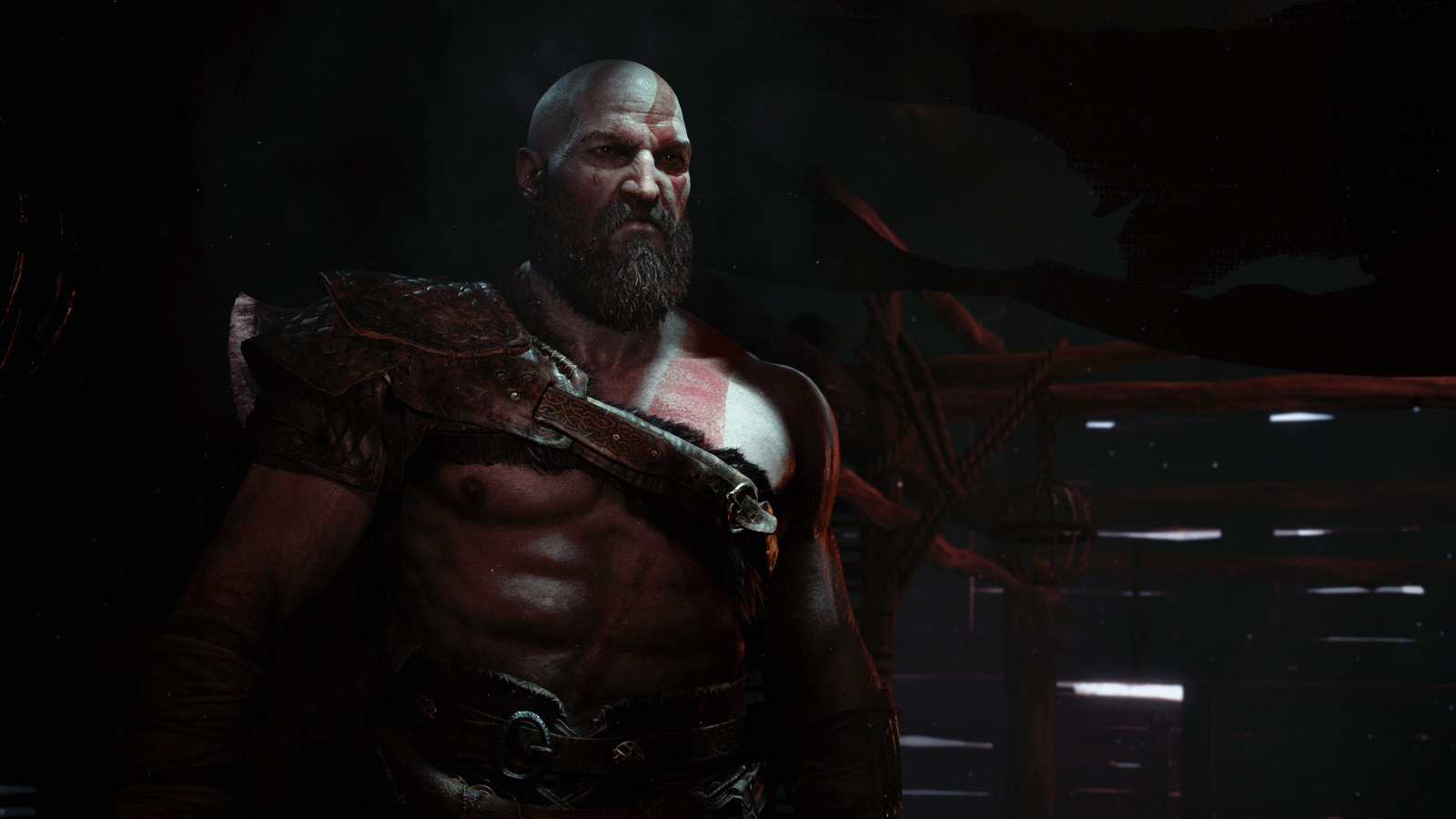 What excites me most about the what we’ve seen of Sony Santa Monica’s new, Norse mythology-based God of War is that it seems conscious of what’s been one of the series weakest points: Kratos.

In my time with the God of War games, I’ve struggled to find sympathy for the “Ghost of Sparta,” despite a tragic backstory of loss and vengeance. God of War has always taken pride in its spectacle, but often at the expense of a main character with any sort of compunction about the atrocities he commits. We’ve seen Kratos tear the head off of gods and walk away as if it were nothing, casually rip the wings off of flying creatures, and one of God of War III’s final moments features an endless beat down of Zeus that is eventually obscured by blood covering the screen.

And yet, Kratos is a man unfazed by anything he does. He’s a character so consumed by his rage, he doesn’t seem to feel any sort of weathering effect to his psyche for these acts of gratuitous violence.

But we as the players still might. God of War revels in making Kratos feel like, well, a god; one who is an unstoppable force of nature. As the player, the sensation that we are the most powerful god in the room is a pretty tantalizing one, so when we play something like God of War we might let the gruesome nature of our actions wash over us. However, the violent and unapologetic nature of God of War doesn’t always lend itself to moments to breathe, and Kratos never takes a that time to stop and not be an unlikable murderer.

When Sony debuted the first footage of God of War at its E3 conference this week, the video starts with a shot of a young boy playing with his own makeshift action figures. It’s revealed that this child is the adoptive son of the same madman who bashes in Icarus’ skull in while he begs for mercy.

Kratos, now with a full face of hair, evokes the strictest of father figures, but one with a clear intent to teach his son how to survive rather than just act as a protector. There’s a sense of responsibility to everything Kratos does in these short ten minutes we’ve seen of the game so far. He is harsh, but fair, reserved rather than unhinged; and when his son shows weakness, he helps him to be strong rather than berating him for not being up to every task.

In the first God of War games, Kratos’ emotional default was anger. His motivation was hate. Whether or not he was justified doesn’t really matter, as we don’t see moments of weakness from a man whose vendetta is otherwise understandable. It’s hard to sympathize with a person who is always operating at 11 whether you can grasp their motivations or not.

In games like The Last of Us, ones that are violent and unflinching, this brutality is counterbalanced by a character who lives for more than the kill like Joel. Kratos has nothing left to lose once God of War starts, and he stays with that same reckless abandon for four games.

But that all appears to be changing in God of War on PlayStation 4.

At the point that we meet him in the original games, the people who kept Kratos in a state of even humanity are gone, thus we never see Kratos in a place where he is at all relatable or even likable. But now, through his relationship with his son, we may finally be able to see Kratos as a man rather than a god.