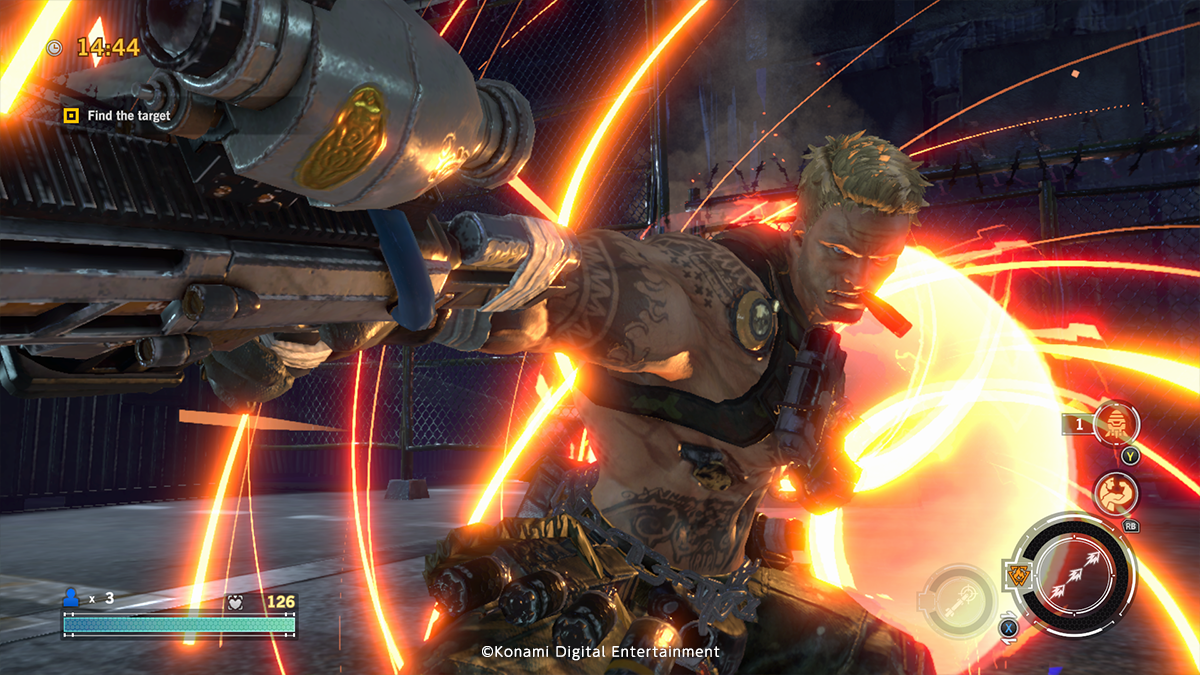 Contra is a classic series that’s been in hibernation for far too long. It’s hard to argue that Contra III: The Alien Wars isn’t the best entry in the series, and Konami knows that. Instead of doing a retread of the old Contra, they’ve decided to try something new with Contra: Rogue Corps, but it somehow feels exactly like how Conra should feel when transitioned to a 3D space. 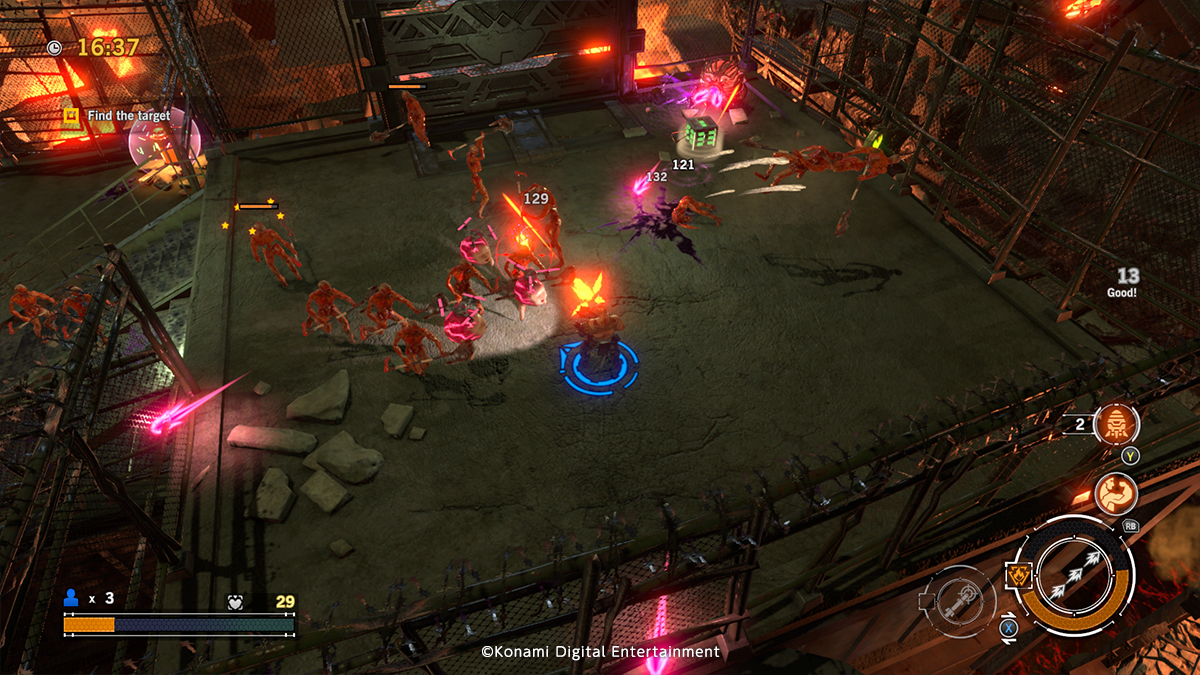 In the Contra: Rogue Corps demo, I was taken through a brief tutorial of how the game works. It’s primarily a twin stick shooter with two different weapons. Instead of ammo, the weapons overheat if they’re used too much in a short period of time. Fortunately, you’re able to switch between them while you wait for them to cool down.

Besides normal shooting, you can also jump and pick up enemies. Some enemies can only be killed by throwing them to their gruesome death such as in a grinder. Other times, you’ll be surrounded by enemies, and that’s where grenades come into play. Enemies are cleared out, but you’ll have to be choosy, as grenades are limited. 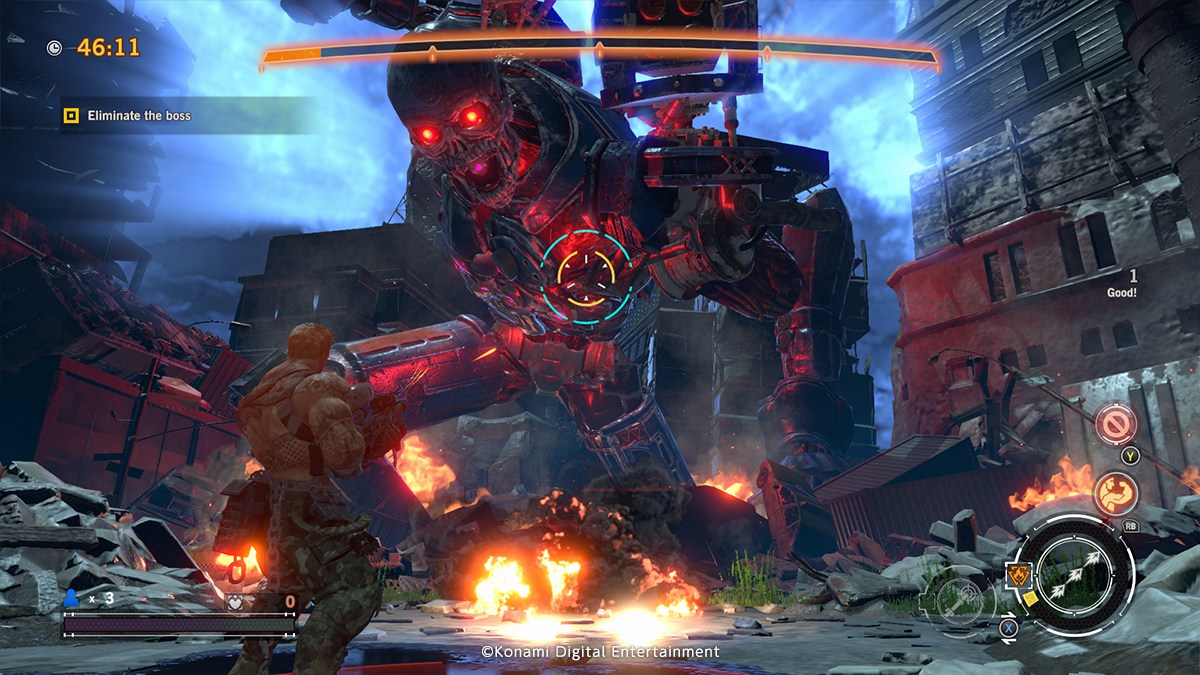 Of course, it wouldn’t be Contra without a fight against an alien wall, and that’s the first boss I faced. Upon entering the room, the game suddenly went into “shooting gallery mode” where the right stick controlled a cursor, very similarly to the original Contra. This call back led to a compelling boss fight that left me wanting more in this style.

When Contra: Rogue Corps is finally released, it’ll allow four players to play simultaneously in missions through the Damned City. There are also going to be four main players to choose from: Kaiser, a war veteran from the Alien Wars, Ms. Harakiri, an assassin that merged with an alien called “Gut Bucket” to survive, Hungry Beast, a ruthless cyborg panda with the brain of a human, and Gentleman, a brain bug alien raised by humans. Aero Captain, a young prodigy pilot, will act as support for the main characters. 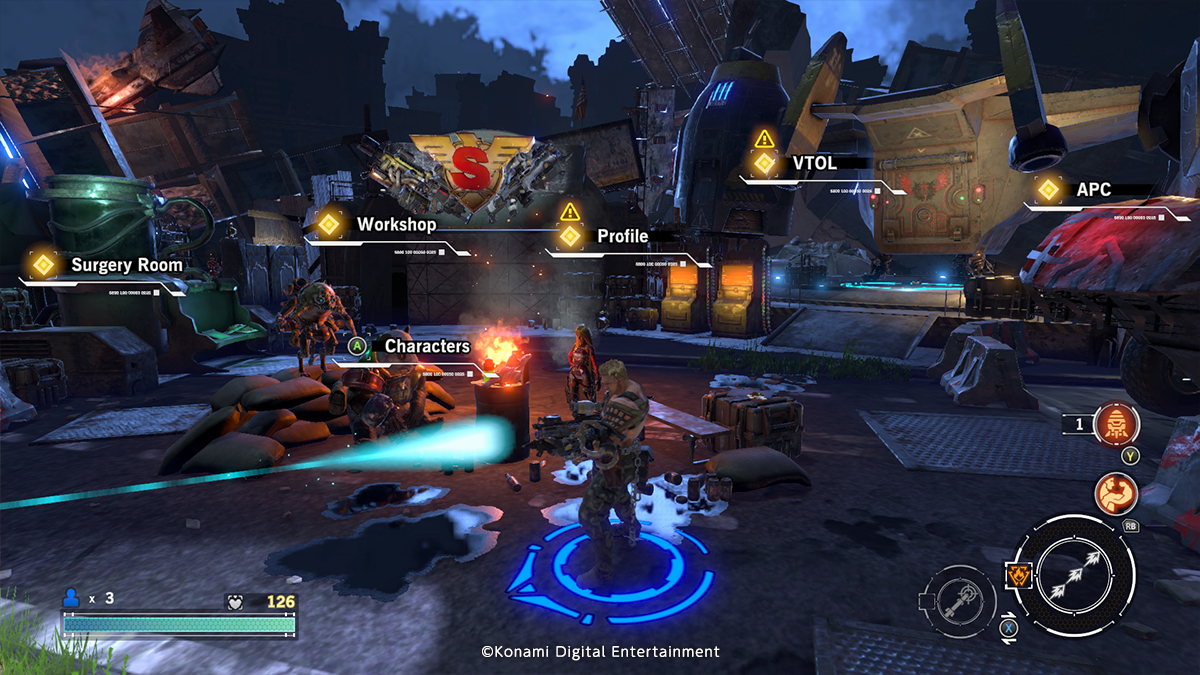 Contra: Rogue Corps will be released on September 24th, 2019 for Nintendo Switch, Xbox One, PlayStation 4, and PC. Check back with Gaming Trend all this week for more hands-on coverage coming out of E3 2019.