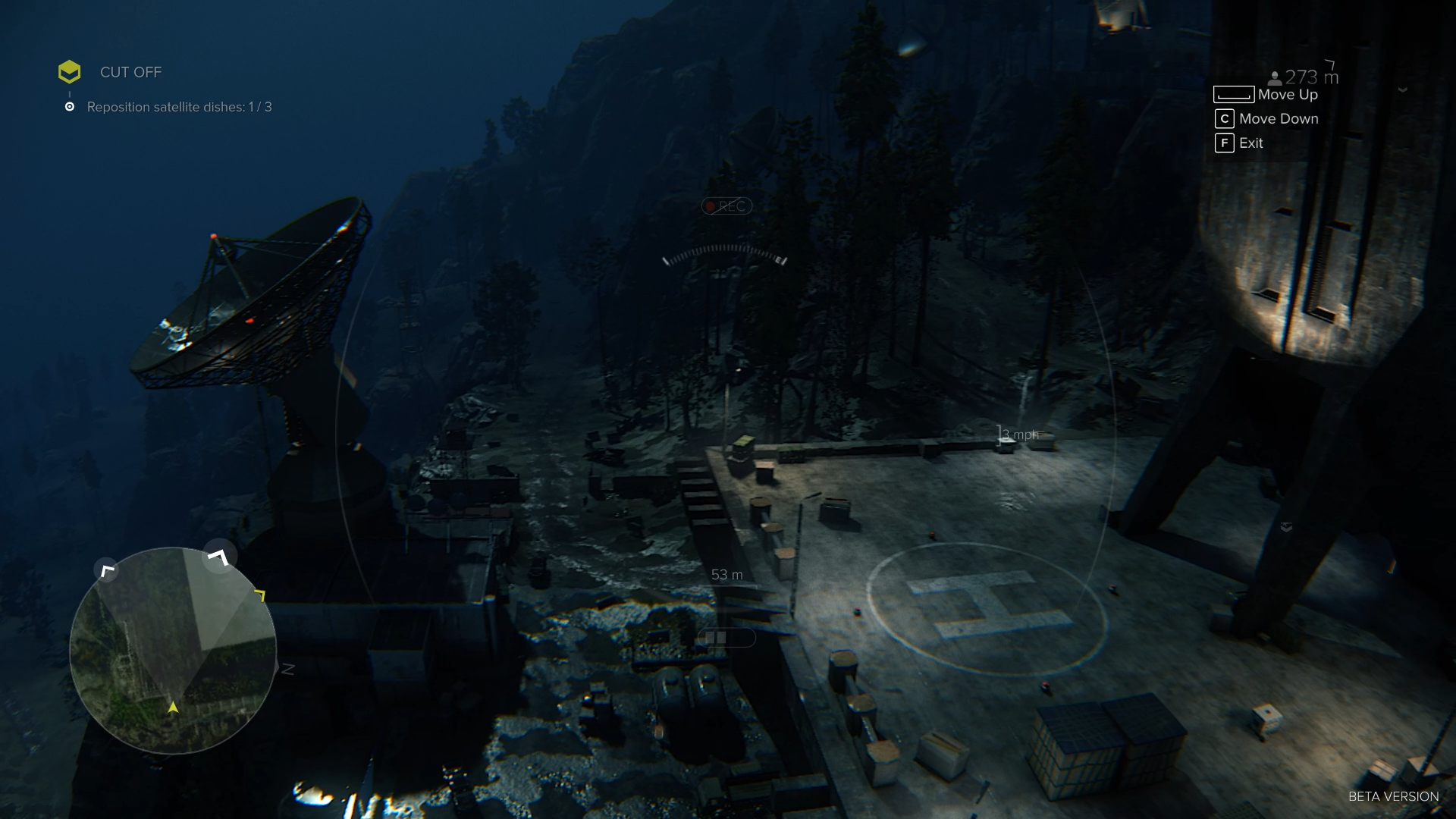 I got my first taste of CI Games’ Sniper: Ghost Warrior 3 during PAX West 2016 last September. Until then, I’d never played any of the previous entries in the franchise. At the time, I was only able to play a single mission, set in a train yard (which was not included in this current beta), for about 30 minutes. I wasn’t able to mess about in the open world, which is a franchise first. Having only seen a relatively limited scope of what was to come, despite enjoying myself, I was hesitant to pass judgement.

Sniper: Ghost Warrior 3 (SGW3) takes what seems to be simple concept—be a sniper, go kill things—and makes it far more interesting. In a genre that is often packed with mundane story lines or gameplay that feels redundant, SGW3 succeeds in providing exactly the opposite.

SGW3 is set in Georgia, the other Georgia. Not the state of Georgia, but the nation of Georgia. You step into the shoes of US Marine Corps sniper, Captain Jonathan “Jon” North as he’s thrust into the midst of a civil war in this former Soviet republic.

It’s tough to get a full sense of the plot from the beta, but the limited interactions over the radio were well-voiced and hinted at what could be an interesting story involving Jon’s MIA brother.

The open-world CI Games has created is breathtaking.

With wild deer darting in front of you as you pass by rivers or through lush forests, rolling hills and sheer, rocky cliffs in the background, you get a sense of immersion and grandeur. Secrets and supply caches are scattered amongst the countryside, sometimes in old cabins or ancient ruins. Fast travel points can also be discovered and used to decrease transit times. The few civilians around seem oblivious to your presence, but the enemy soldiers on patrol or at small encampments generally take issue with American marines roaming around, so it’s smart not to let curiosity get the best of you.

When you’re not busy exploring or taking on the world, you can kill time in a cozy little cave that serves as your hideout and base of operations. Every lone wolf needs a hideout, right?

The cave comes equipped with all the tools of the trade: a workbench for making repairs and upgrades, fabricating ammo and gadgets, and a spot to hit the rack after a tough day on the job. After you’ve chosen which mission you’ll take on, you can outfit yourself appropriately using all the services this subterranean Swiss Army Knife offers and then head for the hills.

Two missions were playable in the beta: a straightforward assassination and a far more complicated infiltration and hacking assignment.

Since SGW3 is an open-world, you can approach missions from almost anywhere, scouting out terrain, formulating a plan, and tackling them however you see fit. This adds great tactical flexibility, replay value, and encourages exploration. Similarly, once you’re inside a mission area, your objectives aren’t marked. You’ve got to locate your target(s) on your own, either through carefully snooping about, flyovers with your handy drone, or through the brutal interrogation of enemies.

Do you prefer to run-and-gun? Perhaps you fancy yourself a stealthy assassin, or the second coming of Chris Kyle, SGW3 allows you to try it all. Better yet, it frequently forces you to do something different and adapt accordingly.

Enemies frequently hide in areas that you can’t fully scout, meaning you’ll only run into them when you least expect it, and when it’s least convenient. They react to finding corpses and to missed shots as well. Trying to eliminate them all from afar with your rifle is very difficult, especially when they start dropping mortar rounds on your head. The challenge is immense, and immensely gratifying.

The game’s day and night cycle and dynamic weather have an impact as well. Not only did the sunrises and sunsets look great, but the weather and time of day can provide severe advantages or disadvantages. Strong winds might wreak havoc with your accuracy. Daylight is great for long sight lines, but terrible for sneaking, and so on. On more than one occasion, I opted to return to my cave for a nap so that I could make my approach safely at night.

The few weapon selection bugs, occasional graphical glitches, and hilarious corpse-ragdolling I encountered during SGW3’s beta are easily glossed over by this game’s surprising brilliance.

Sniper: Ghost Warrior 3 impressed the hell out of me. Gameplay was tactical, rewarding, and completely engrossing. It maintains a sense of realism that presents a constant challenge. CI Games has produced an impressively beautiful environment dotted with unique mission areas and hidden items that encourage exploration.