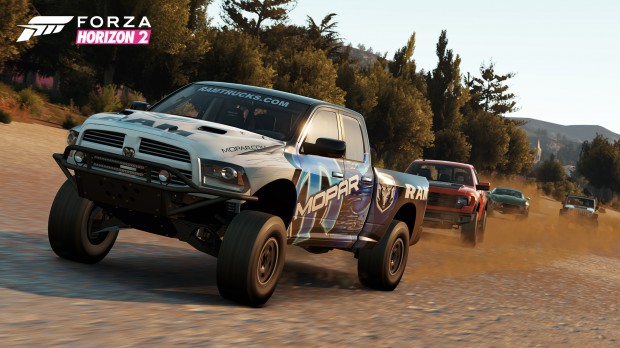 I’m in love with this game.

The game kicks off with a roar. As your supercars leave the ferry, host Ben (played by Sean Maguire) thanks you for helping him get his rides to the Horizon celebration for what he calls “the summer of our lives”. Driving the new quarter-million dollar Lamborghini Huracán LP 610-4 through the winding Italian roads, at reckless speeds with the stereo up, it was very clear that Horizons 2 has a mood it’s trying to set, and I was excited to be a part of it.

With my Huracán crossing the finish line to sit next to some of the most powerful supercars ever built, we meet our new host Ben in person and get a good look at the festival. If you picture Electric Daisy Carnival but with cars you’ve got the right idea. With a little rest under our belt, it was time to get the first road trip under way.  Here’s a quick look at that first race:

Ben is extremely generous. Since you drove one of his supercars and didn’t bring one of your own, he’s kind enough to supply you with one of the 200 cars that will be in the game when it ships. My choice was easy – I snapped up the Chevy Camaro SS Coupe without a moment’s hesitation, leaving a BMW Z4 SDrive35IS and a Toyota Supra RZ sitting back on the dock.

Ben was nice enough to get me here and give me a gorgeous car, but I had to prove myself to get my foot in the door, so to speak. Placing in the top 3 of the The Horizon Heats will earn me a yellow wristband to come to the Horizon festival, but first it was time to collect my just rewards.

Horizon features a full XP system. How you drive earns you skill points which lets you level up. That in turn earns you perks. This means pulling off an incredible drift, drafting an opponent, trading a little paint, and even taking out street signs can extend your skill chain. Obvious nod to the Tony Hawk series aside, this makes for a great risk/reward incentive as collisions end your chain, but extending it adds multipliers. There are 25 perks to earn in Horizon, starting from the middle of a 5×5 board. Unlocking the center is a freebie, opening up the option of the four adjacent ones. Where you go from there is your choice, but all perks are permanent. These can increase rewards for certain types of skill chains like driving cleanly for a period of time, earning 10% more credits for beating a rival, or bumping up your score for near misses as examples.

Under the hood you are able to make many adjustments to how Horizons 2 plays. If you want to simply focus on racing, you can skip the hundreds of small adjustments in the garage in favor of package deals. Conversely, if you are inclined you can turn off traction control, switch to manual shift, and many other options that will earn you additional skill points as reward for the risk they imply.

Skill points aren’t the only new thing you can earn – let’s talk about the slot machine. Every level up gives you a pull on a slot machine that has payoffs for in-game credits, or even a crack at some of the 200 cars in the game. Additionally, many of these cars are hiding out in the environments just waiting for you to discover.

Since the car I chose was American made, Ben pre-entered me into the American Muscle category. I raced off across the expansive landscape to hit my first three cross-country challenges. The first is a Cliffside Sprint, followed by a Circuit Race, and then finally a Cross Country. As the game opened up to me, I immediately felt like Horizon was a fantastic name for it – the draw distance has to be over 100 miles into the distance without a single bit of pop-in. Running at 1080p and 60fps without a single framerate hitch, that was pretty impressive.   This second race was a tough battle between watching the road and oogling all of the incredible scenery.

Speaking of pretty, for the first time in any Forza title, dynamic weather is present. Rain causes slick racing environments, and beautiful reflective pavement. If you want to showcase what the Xbox One can do, Forza Horizons 2 is the game to do it – it is mind-blowingly gorgeous. Similarly, there is a full day and night progression, meaning races can take place at any time. The lighting in Horizons 2 has to be seen to be believed, as does the hyper-realistic body damage.

If you are the type that likes to keep your car in pristine condition, you’ll appreciate the rewind feature. At any point you can rewind time a short bit and try to take that hairpin corner or aggressive pass again from another angle. It may seem like a bit of a cheat, but it prevents the “last corner always kills me – this game stopped being fun” problem that you see in a great many racers today.

Rounding out the feature list (though I’m sure there are more that I’ve just not seen yet) is the Bucket List. It’s simply a huge (and continuously updated) list of must-do things you should tackle in the game. The team revealed that even if you choose not to play this game multiplayer (the Drivatars are back, so you are always playing multiplayer in a way) there is over 100 hours of challenges and side content to keep you busy.

The last video I have to share captures the over-the-top action that Horizon 2 is bringing to the table – I won’t ruin the surprise, but this could be the coolest rival to have in any race.

There is no doubt in my mind that Forza Horizon 2 is going to blow people away. Few games feel this polished, especially with several weeks to go before release. Ben describes Horizon as the perfect blend between machine and music, and I couldn’t agree more. If you missed out on the first one like I did, do yourself a favor and don’t let this one pass you by.

(Editor’s Note: Normally I discard any screens I haven’t used for a preview, but these are WAY too gorgeous to pass up at their 1080p native resolution.  Enjoy!) 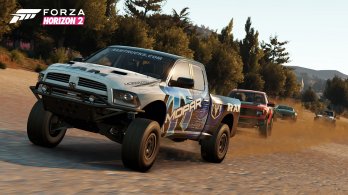 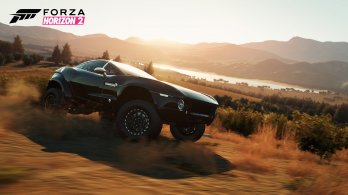 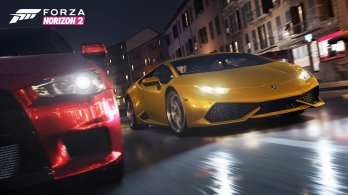 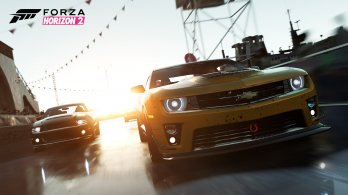 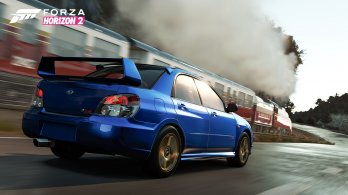 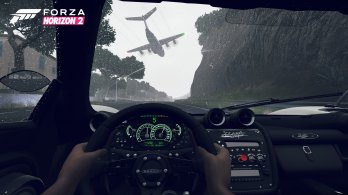 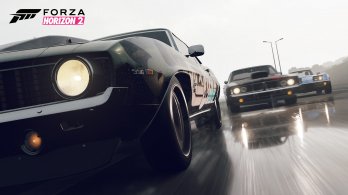 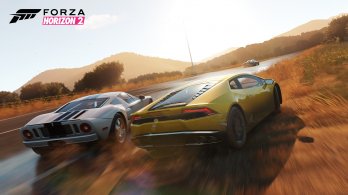 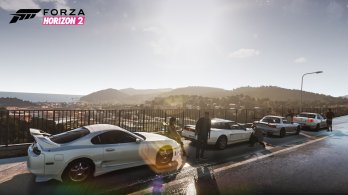 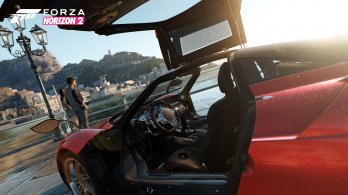 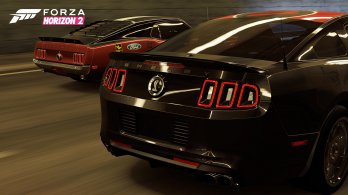