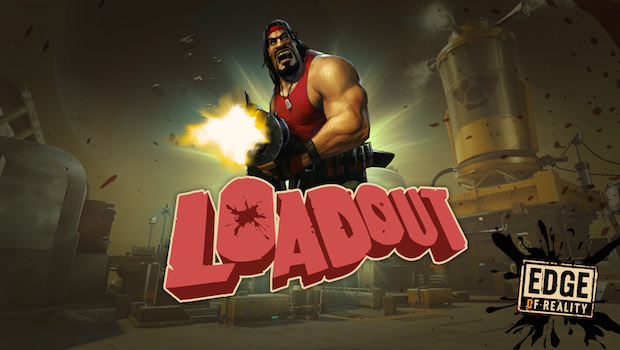 Loadout, a third-person shooter with a quirky sense of humor and billions of customization options, has already made a splash on PC. Developer Edge of Reality, however, doesn’t seem content to stop there, and we got to demo their PS4 build recently at the Playstation Experience.

Right off the bat, the game has tons of customization options. Choosing your character is essentially just a cosmetic choice, but the wealth of weapon customization options is staggering. Every grenade launcher, rifle and pistol can have crazy amounts of modifications applied to it, and you can gain new equipment by simply playing the game.

The game may be violent, but there’s a lot of quirky humor and fun designs to keep it lighthearted.

There’s plenty of multiplayer fun to have between the different modes. Death Snatch plays out like Kill Confirmed, but with vials instead of dog tags. Blitz is similar to King of the Hill, and Domination is pretty straightforward Domination. Jackhammer is Capture the Flag, but you can gain bonus points if you kill enemies with the flag (or in this case, the hammer) before taking it to your base. Extraction has you running around capturing Blutonium, the game’s fake precious mineral, for points for your team, and Annihilation combines all these modes into one crazy “score points faster” setting.

There’s a great variety of levels to play on, and all of them feel conducive to any loadout you design.

Along with all the multiplayer madness you’d expect from Loadout, I also got a chance to talk with the devs about the upcoming Campaign mode. Players can cooperate in four-person squads to take out aliens, earning loot in the process. Weapons and loadouts transfer across game modes, so earning a sweet new customization option in PvE means you can attach it onto a gun and use it in PvP later.

You can really come up with some crazy combinations in Loadout.

As for the pay model, Loadout will remain F2P on the PS4, and the returning forms of currency will still be there on consoles. Jason Heitman, a community manager for Loadout, quelled any fears I had about monetization. Loadout will be about the fun, and the team is actively avoiding any sort of monetization option that could create a pay-to-win scenario.