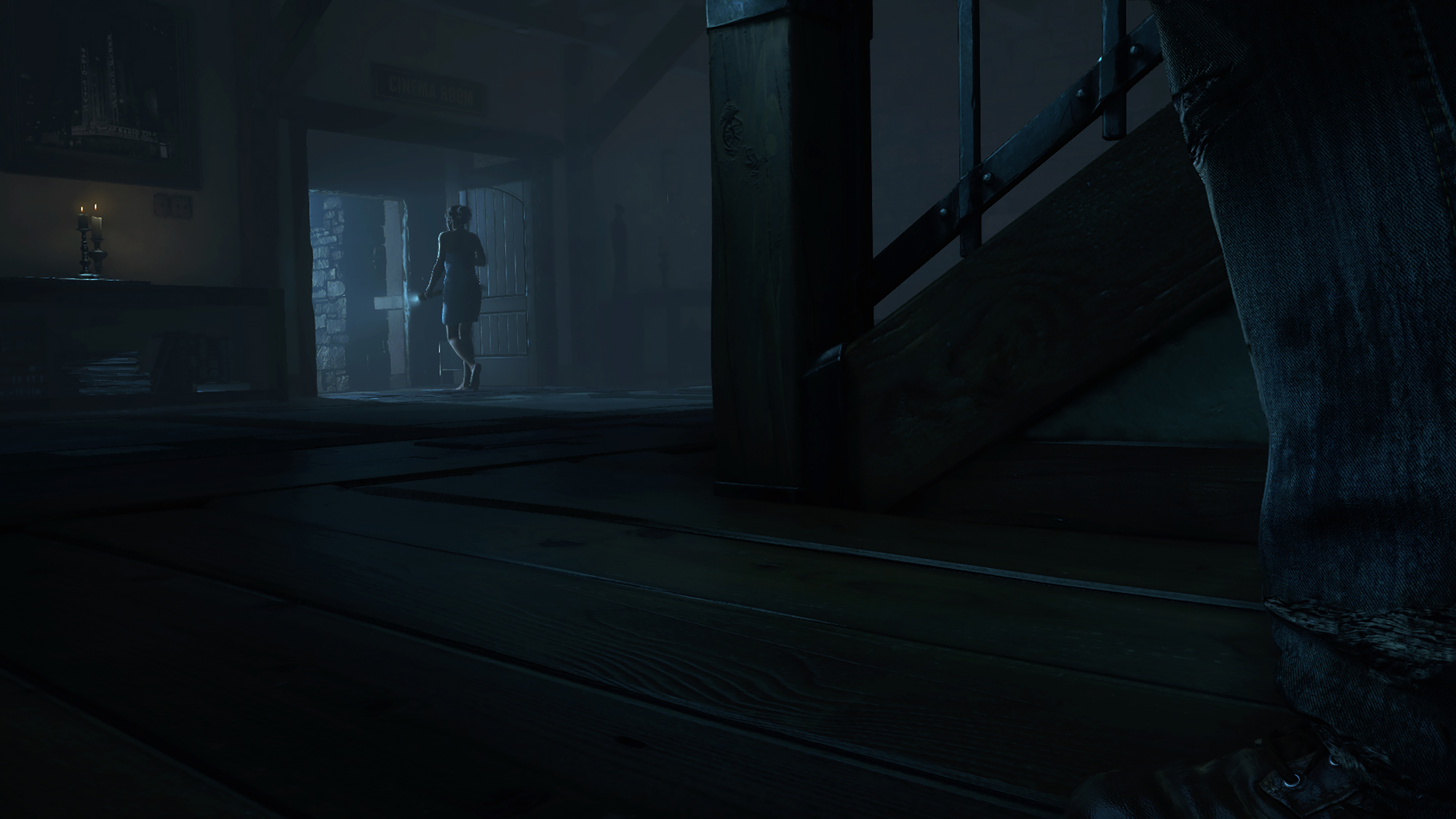 Several trailers and gameplay videos have been going around about Supermassive’s horror game Until Dawn. Today, we got to demo the section shown at the Playstation Experience keynotes and see for ourselves how scary it was.

The demo section featured the previously-seen sequence with Hayden Panettierre’s character Sam, the masked killer, a syringe full of God-only-knows-what and a towel that defies all laws of physics. Joking aside, the atmosphere of suspense and horror is very well-developed, even in the early build we played. The lighting is bright enough to see what’s happening but not enough to not be afraid of that shadow around the corner.

The use of horror tropes like the cinema room and fake jump scares add a sense of familiarity for longtime horror aficionados.

Little moments build and release the scares as you inch closer and closer to the Cinema Room, where finally you learn the grisly truth – your friends are dead, and you are being hunted. It is at this point that a chase scene begins, and the player has to make a number of split-second decisions that could mean life or death. Do you hide behind a wardrobe, hoping to go unnoticed? Or do you keep running, trying to put as much possible distance between you and your pursuer?

The integration of motion controls is fantastic in Until Dawn. From shining your flashlight on objects, examining items and throwing vases at the murderer, Until Dawn keeps it fresh by forcing the player to stay active – and sometimes inactive. During hiding sections, the player must remember to turn off Sam’s flashlight and stay perfectly stay, lest they give away their position to the killer.

Choices, like whether to hide under the bed or run past it, must be made quickly and decisively.

While there are death situations, most of the demo revolves around two outcomes – either the player eludes the killer and makes it to (relative) safety, or they are captured and injected with a mysterious syringe. This is not a succeed-or-fail situation, but almost a choice, as Sam being captured or safe will affect your experiences with the rest of the game’s ensemble cast.

Gameplay largely moves between moments of adventure and exploration, to frantic escapes and quick QTEs. Regardless of how these moments seemed in the trailers, in action and with the controller in your hand, the game is every bit as terrifying as you’d expect a thriller to be. Forcing the player to stay still and perform contextual actions like turning off their light or minding that tricky last step on the stairs keeps the action intense, and integrates motion controls in a really interesting way.

The atmosphere of the game is reminiscent of the best of slasher flicks and thrillers.

Until Dawn will launch Summer 2015 for the PS4.