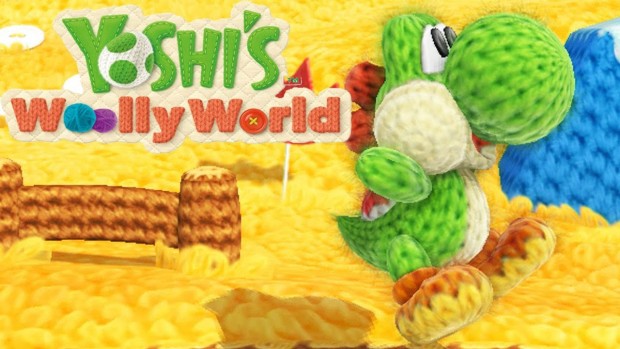 Let’s just get this out of the way right now: Yoshi’s Woolly World is one of the most adorable games ever made. Taking a nod from Kirby’s Epic Yarn, the world of Yoshi has been completely transformed into string and the entire presentation is immensely charming to witness. But what makes Woolly World so special lies not only in its aesthetic – it’s in just how deeply woven the game’s theme lies.

Silly yarn puns aside, Yoshi’s latest adventure is unique in just how well it incorporates yarn, not just into its cute appearance, but through its gameplay as well. Yoshi’s Woolly World doesn’t just present cool visuals, it builds the entire game experience around them.

If you’ve ever played any of the Yoshi’s Island games before, you’re likely familiar with the basic mechanics of Woolly World. Players control Yoshi in two-dimensional platforming stages where Mario’s dinosaur pal flutter jumps across platforms, transforms enemies into eggs, and then uses them as weapons. All of this is standard fare for a Yoshi game, but when yarn is added to the mix, it drives some clever new game mechanics.

The biggest change comes from Yoshi’s eggs. Whereas previous adventures had Yoshi creating solid eggs from swallowed enemies, Woolly World’s Yoshi has him turning his threaded foes into balls of yarn. These yarn eggs still function the same way as before, packing a wallop to lighter enemies like shy guys, but when facing down tougher opponents, players will need to use the clever yarn mechanics to progress. Piranha Plants, for example, can no longer just be killed with an egg to the face; throwing a yarn ball only wraps them up, leaving them vulnerable to Yoshi’s stomp attack.

Firing eggs also helps to literally sew set pieces into stages. Hollow platforms are often encountered, denoting an object that can be stitched into existence with a well-placed yarn ball. For example, the demo I played featured several windmills that had hollowed out sails that could not be jumped on. In order to progress, Yoshi would need to fire a yarn ball at each one, creating the platforms to proceed along the way. This mechanic is common in Woolly World, incorporating the game’s theme to help forge paths and find hidden secrets.

Of course, the level can be stripped away in many situations as well. While the majority of platforms can’t be unstitched, players will occasionally encounter a loose thread that can be pulled, removing blocks of scenery. Not only can this clear a path through some levels, it often reveals hidden collectibles or health replenishment. It’s ultimately not a huge game changer, but it’s so appealing how a simple mechanic can drive home the game’s core theme.

For those looking for some co-op action, Yoshi’s Woolly World is playable with a friend. There are a few play style adjustments that need to be made in two-player mode – learning that a poorly timed egg shot will bounce off of your partner takes some getting used to – but the core experience remains mostly the same. One very neat ability seen only in co-op mode occurs when one Yoshi swallows another, turning them into a yarn egg. The second player can then be thrown, helping to reach some more difficult spots. This two-player mode is only an extra as the entire game is playable by yourself, but having a co-op partner certainly makes the experience more enjoyable.

Themes regarded as gimmicks can sometimes be quite common in this industry, but Yoshi’s Woolly World is a game that masters its own. Not only are the visuals beautiful and charming, but the yarn theme actually drives much of the gameplay. It remains to be seen whether the appeal will wear off when playing the full release, but assuming it can keep incorporating yarn in clever ways that drive the experience, Yoshi’s Woolly World looks very promising.

For more on Yoshi’s Woolly World leading up to its October 16th release, as well as more E3 coverage, keep checking back to Gaming Trend.