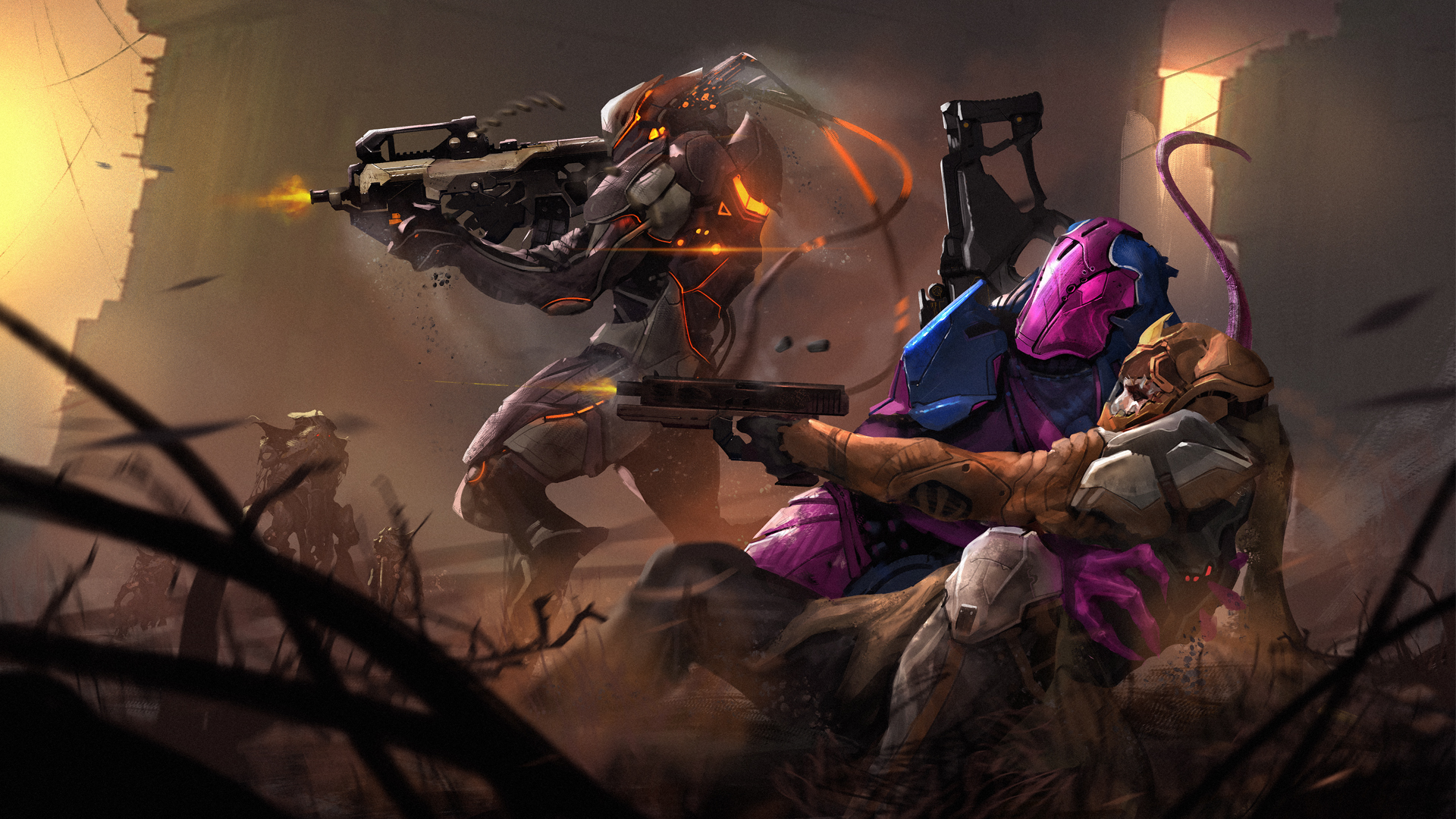 Faith: The Sci-fi RPG came into the tabletop scene a little more than a year ago, and with it came a new universe of gods, exploration, and political conflict. So far, Burning Games has released the Faith Core Set as well as an introductory campaign A Garden in Hell. These releases melded board game components with roleplaying mechanics to create a unique, card-driven experience that let players voyage into the unknown or struggle against the many planetary factions. Coming March 21st, Burning Games will Kickstart a new Core Book, which codifies the rules to Faith but offers much more in terms of setting and history as well. While the book is still in development, I was able to look at a preview version of roughly half of the material and get a sense of what the full book will contain.

The main goal of the Core Book is to take what’s in Faith and expand it in every direction. Races have extensive entries on biology, history, societal makeup, and even views on gender. These sections fill in questions we have had before and make the Universe (as the setting is called) into a brighter place than it was. It promises to go deeply into each of the five playable races to outline their purpose in the Universe and their relationships to other races. We get to explore the day to day lives of citizens of the many races, creating a living, breathing Universe. Burning Games seems to be taking the opportunity to give its setting more direction than it ever had, framing the Universe as a place of exploration, political conflict, and fear of the unknown. Whether intentional or not, it resembles colonial powers during the sixteenth and seventeenth century, with the entire human race taking the place of the Native Americans who are struggling as best they can against the weight of larger, more established empires.

This is a detailed portrait of the Corvo anatomy that we have never seen before. This is exactly what you sick people want, isn’t it?

These expansions are not limited to the individual races and systems themselves, of course. The book discusses the history of the Universe itself and how these races came to be interrelated, often conflicting as they did so. They exist in a tenuous cold war, which has always been hinted at in the game’s materials but now has the space to be fully developed. To deal with this, certain political realities have emerged, all of which are thrown into chaos with the arrival of the newest playable race: the Ravager.

With these developments comes space for side stories and commentary that, while easily overlooked, gives Faith a ton of personality. Small hints that might be easily ignored spill out into large plot hooks even in this preview. For instance, long distance space travel in Faith is accomplished via a network of wormholes called the Labyrinth. Because of the warping of spacetime that create wormholes, races don’t know where their empires’ many planets are in relation to one another. The larger they become, the more disconnected they are geographically. Similarly, the book takes time to tell you the stories of individual characters in the game. It grounds you to the setting and subtly provides plot hooks for later exploration.

Of course, a game called Faith does not exist on aliens and politics alone. The Gods are finally being given more character and individuality than ever before. Not only do they have expanded entries to explain how their cults act and their religious iconography, they have been rewritten to be more connected to the Universe’s development. They also now influence Soulbenders, the rarest of the rare who gain direct power from worship. This was always a possibility for players, but the Core Book expands it to a known quantity in the Universe with the potential for more stories.

More importantly, they are seeing a better exploration of what their differences are between one another. I have been consistently frustrated at not being able to find any discernable difference between Vexal and Kaliva, but now Burning Games has taken pains to give each God a distinct vision and set of goals. Before, both supported nebulous principles of individualism. Now Vexal supports true freedom of all people while Kaliva is devoted to pure Nietzschean self reliance. Their motives, abilities, and principles differ greatly and give you wide latitude to play different types of faithful.

As always, the special care paid to art design is an enormous highlight. The difference in biology between the Corvo and this creature is astounding, and the beast you see before you got this much attention despite being a minor plot hook given a quick sidebar to mention.

Unfortunately, Ledger is still left out in the dust. This God of chaos is an undiscernable force for destruction, for reasons that either don’t exist or can’t. In some ways this is interesting: a God whose only goal is opposition to the order created by the other Gods. Were this written out, he would have at least one driving motivation, but as he stands right now, Ledger is the craaazzyy God, who only cartoon characters and serial killers worship. For villains he has potential but for players there is not much there unless you want to deliberately play an unhinged character. In my home game Ledger’s devotion to undermining the rule of Gods is the origin of both his motivation and his instability. He is a God of Godlessness. A contradiction in and of himself. This cognitive dissonance drives him onward as much as it breaks him. I hope that Ledger can gain some nuance with the final release, as well as more ways for player characters to explore his faith.

Ledger’s motivation is that he has no motivation. Which…could be compelling, but it asks too much of the players to develop.

The Ravager have also been both elevated and downplayed, and both in ways that concern me. Whereas before they were certainly not trusted or liked by other races, they now stand as the driving threat against the other races. I liked playing as a Ravager, a swarm race that puts other factions on edge due to being unknown elements, but now they seem to be more of a looming biological threat similar to the Zerg, Tyrranids, or Flood (I trust if you are reading this preview you will get at least one of those references.) The portion on the Ravager was not in the preview I received, so they may receive more nuance. As it stands they are at a distance from the other races in a way that may make it more difficult to play as them.

The Faith Core Book will also include expanded core rules, optional miniatures rules, and a ship to ship combat system. The Kickstarter is set to go live on March 21st, but you can check our Burning Games now for more information.