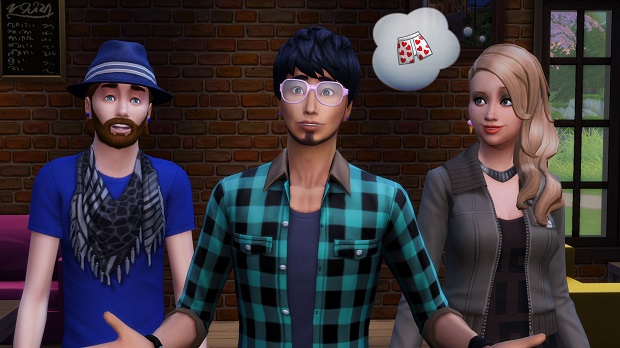 E3 2014: The Sims 4 Strives to Bring Emotion and Purpose to Your Sims

When I was treated to a presentation for the Sims 4 at EA’s booth this E3, I left seeing the game as both a fine-tuning of what worked in the series, and a complete re-evaluation of what the core of the franchise has always been: the Sims themselves.

While I can’t speak to whether or not the game will evolve past the overwhelming micromanagement of the past Sims titles, micromanagement that made the game feel like you were trying to take care of a toddler that insisted on putting itself in life-threatening situations, I can say that many steps have been taken to make Sims feel more like people instead of just avatars who’s needs you must constantly attend to.

From the revamped character customization screen, players can pick a “personality” for their Sim, ranging from the pompous to laid back, and that pretty much sets up how a Sim will not only interact with others, but also influences the ways in which they will carry out certain tasks.

Sims now are given explicitly stated emotions, such as anger, which was the one showcased at the presentation. An angry Sim working out at the gym won’t just have the regular exercise actions, but ones that are carried out specifically by an angry Sim. An angry work out will not only have different animations, but will raise certain stats in different ways than a Sim who’s exercising while in a good mood.

With emotion and set personality coming into play, certain Sims will be able to do certain actions others can’t, helping to differentiate each of your characters from another.

All these added emotions give Sims more depth, and when emotion, personality and life goals all come together, they culminate to create what EA described as a Sim’s individual “story.” The Sims 4 wants a Sim’s beginning, middle and end to have a purpose and hopes that these added customization features will do that for players.

EA also showed off the new Gallery feature for The Sims 4. This allows players to upload characters, rooms and even full houses to a server for other players to download. I was surprised to hear this wasn’t already part of the series at this point, as the feature sounds like a no brainer. Hopefully it will help breed a creative community where players will share their creations similar to LittleBigPlanet’s level creator.

The Sims 4 truly feels like the next step forward for the long-running series, and I can’t wait to try it out when it is released on September 2nd.